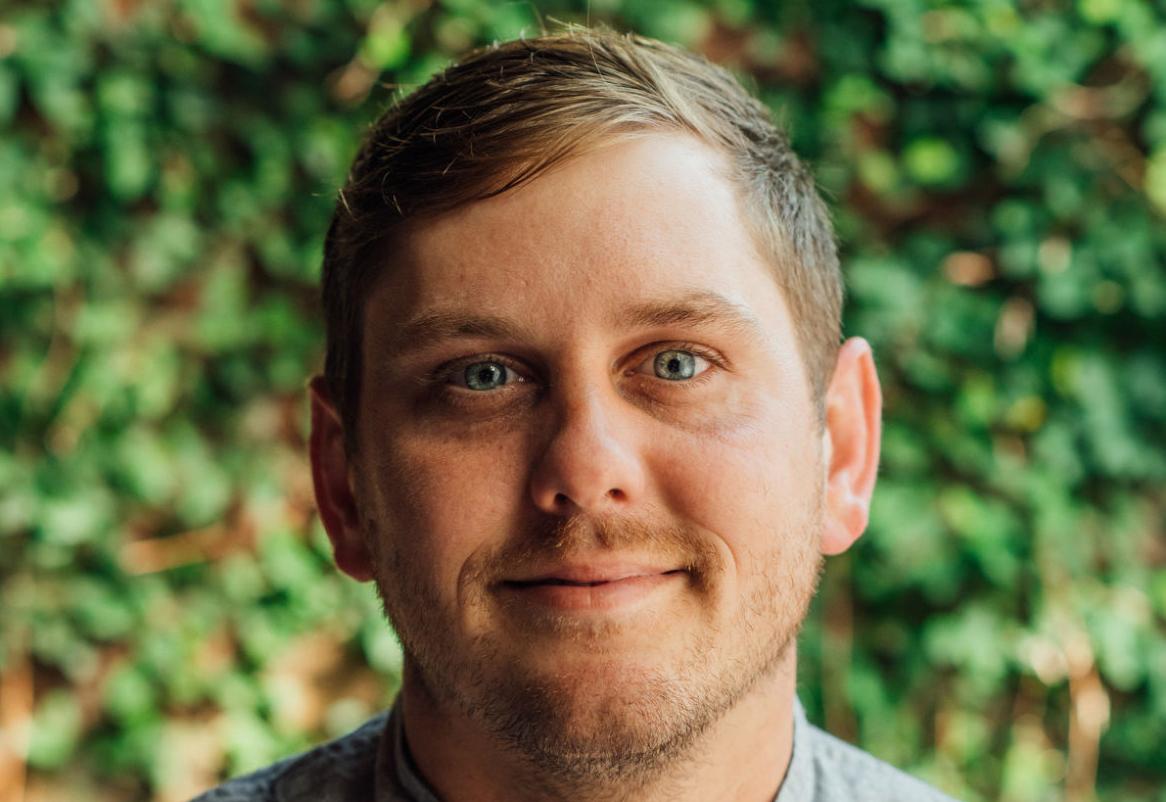 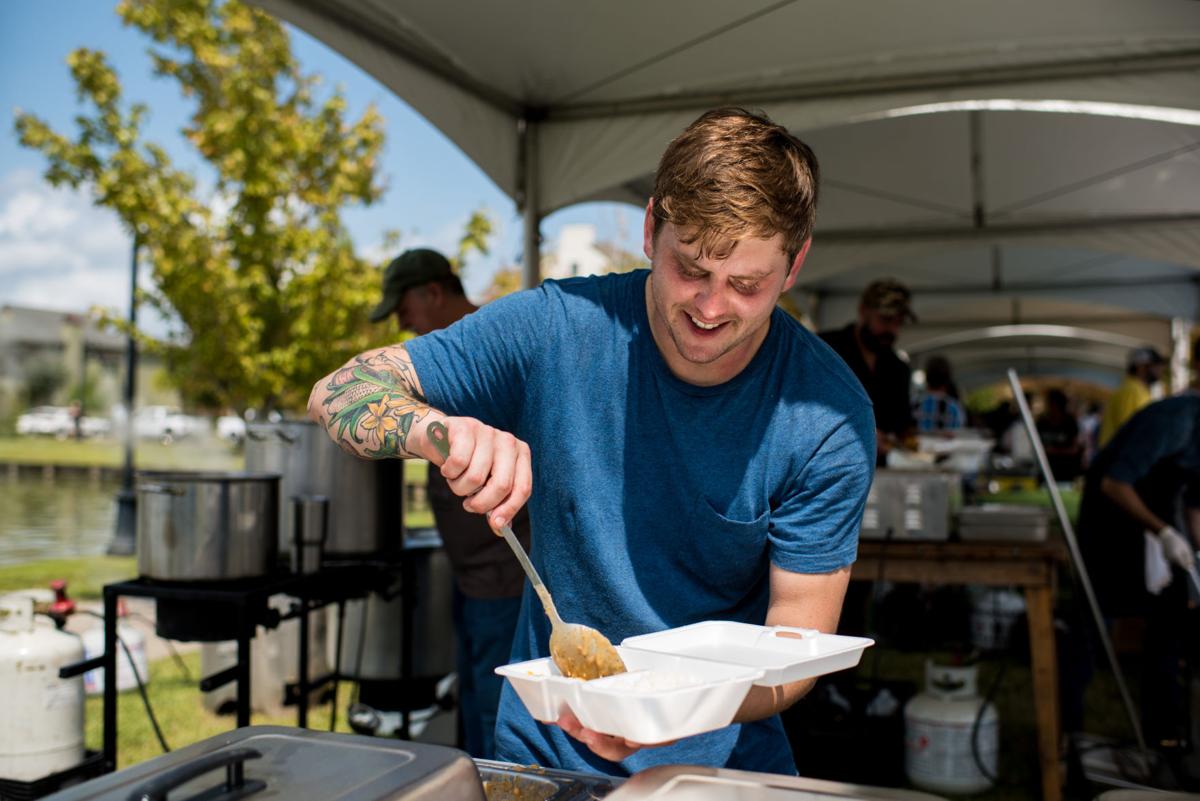 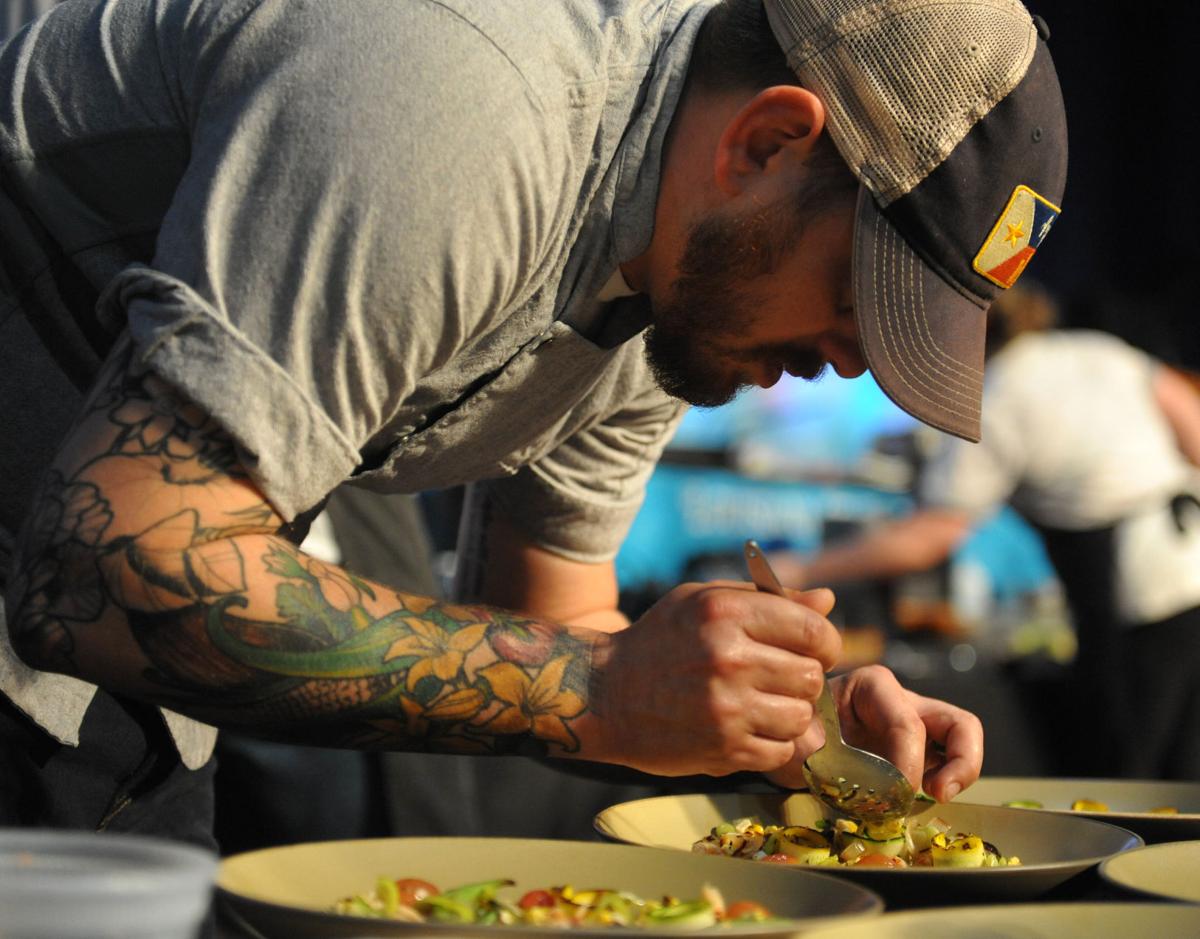 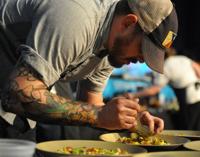 This Advocate file photo shows Ryan Trahan plating a red snapper dish during the 11th annual Louisiana Seafood Cook-off in 2018. After winning the competition, Trahan went on to win the Great American Seafood Cook Off that year.

This Advocate file photo shows Ryan Trahan plating a red snapper dish during the 11th annual Louisiana Seafood Cook-off in 2018. After winning the competition, Trahan went on to win the Great American Seafood Cook Off that year.

Ryan Trahan, 32, announced Tuesday his plans to open Vestal this spring in the former Antlers location at 555 Jefferson St.

"We've always loved downtown," Trahan said. "And we saw an opportunity with the old Antlers to revive that location. It took a lot of interior renovations to get it to where I felt comfortable operating a restaurant due to the fact that it was just so old, and things had been vacant for a little while. We wanted to redo it but go about it so we were being humble to what was there before."

Antlers was Lafayette's oldest bar before closing in 2018. Known for its plate lunches as well as drinks, the bar opened in 1921 and moved to the location Trahan is working on in 1940.

Soon, the Jefferson Street spot will feature contemporary takes on Southern foods in a modern space with a raw oyster bar, cocktail bar and open-hearth cooking.

"We're trying to create something that's fun and approachable," Trahan said. "Everything will be sourced from the South — Louisiana, Tennessee, South Carolina — and this will be a more new American approach to what Southern foods are. It won't be a traditional Cajun or a contemporary Southern restaurant. It'll be more of a new American restaurant — Southern food that has a more worldly attitude to it."

Vestal will be open Tuesday through Sunday.

The restaurant will serve dinner each day and brunch on the weekends. Lunch service will also be offered on Fridays with $1 martinis for those looking to get an early start to the weekend.

Trahan said he won't be sharing any sneak peeks inside of Vestal until he's ready to open the restaurant. He noted it will feature herringbone floors, antique brass and a hand-painted, sky-lit ceiling.

"The restaurant is designed to feel like the inner workings of a home more than any other restaurant I've been to, if I'm being honest," Trahan said. "One of the things I've most enjoyed is cooking in other people's homes. They're able to watch you and see how you're working. And with the new architecture inside, the hearth is at the center. Anybody will be able to talk to any cook. It's built to be very comfortable. We want people to feel at home."

The restaurant's namesake is a nod to Vesta, the Roman goddess of hearth, home and family.

Trahan is best known for his hyper-local restaurant Dark Roux, which was located on Kaliste Saloom near E. Broussard Road from 2014 to 2017. He's also worked as a chef for other Lafayette restaurants, most recently at Blue Dog Cafe. While working as that restaurant's executive chef, Trahan was crowned king of the 2018 Great American Seafood Cook Off.

Trahan, who has backing from silent partners for his latest venture, said Vestal won't be like Dark Roux or any other restaurant he's worked at.

"The goal of this restaurant isn't to take people out of their comfort zone," Trahan said. "We're trying to provide an experience that we're providing the backdrop to. And some of the restaurants that serve the best foods and experiences are like a good playlist: There's the classics, maybe some soft rock and then the eclectic songs. This will be like that — a place that people inside and outside of the neighborhood feel like they can come and eat at every day. We want this to feel like their home."

Passenger traffic at the Lafayette Regional Airport set a records in 2019, officials announced this morning.

Cross Culture: This weekend in Acadiana is like that old Statler Brothers song: 'Don't tell me there's nothing to do'

I'm hoping the three-day breather following DanoFest will be enough to right the ship and sail into a week’s worth of happenings. Some already…