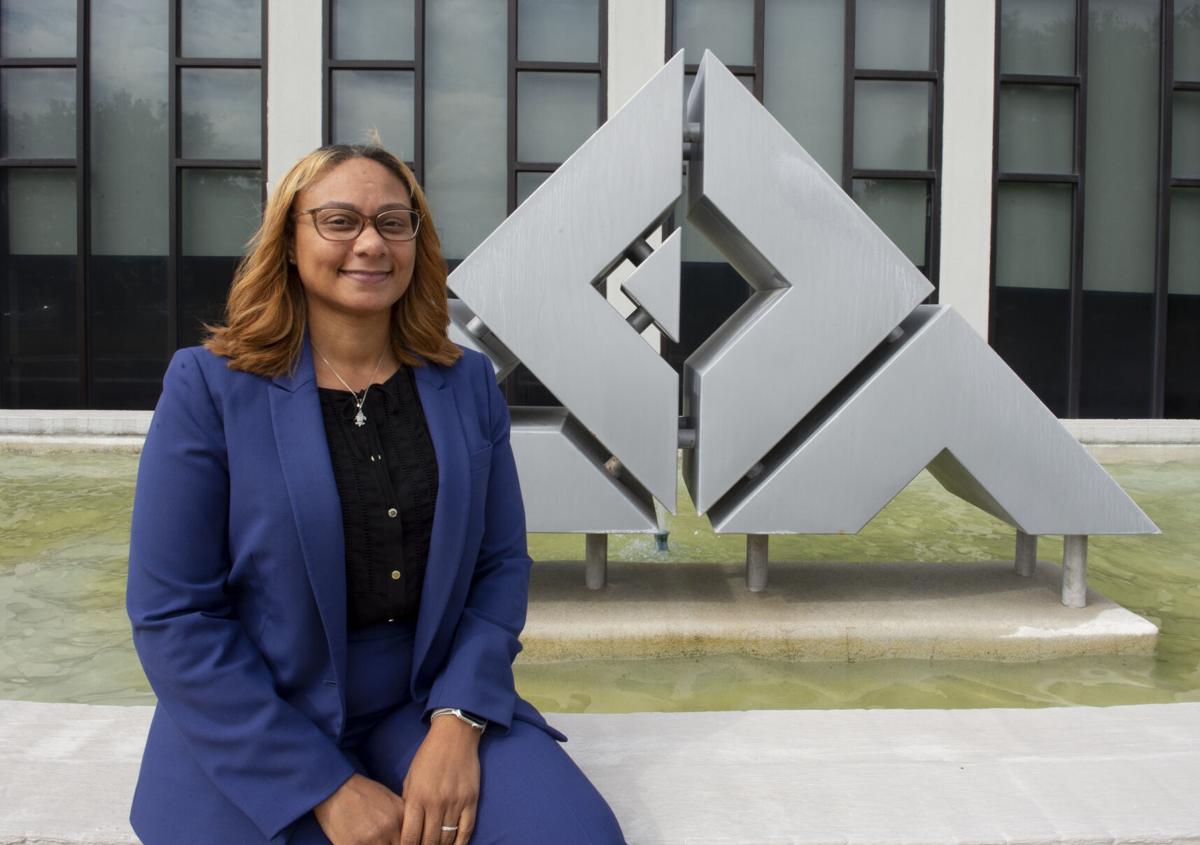 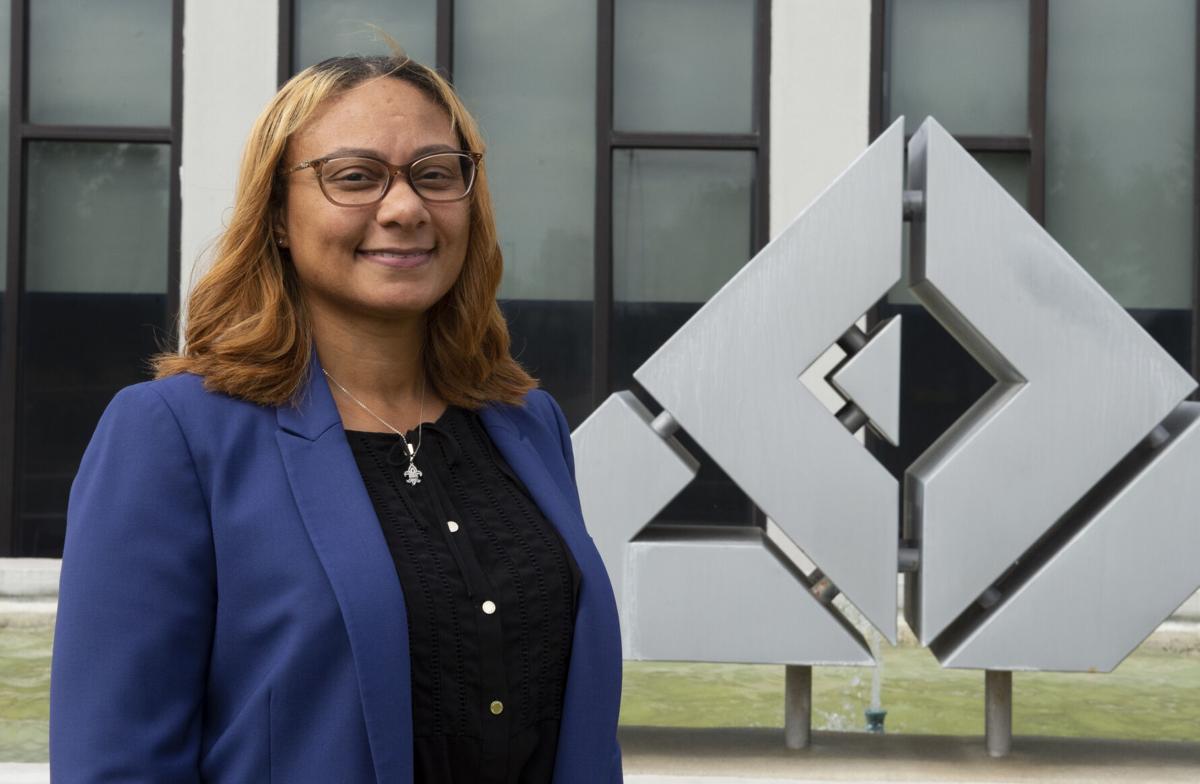 Mandi Mitchell could have taken a victory lap. As associate secretary of the Louisiana Economic Development office, she was the point person with the state economic development office in negotiations with Amazon and its interest in investing in Louisiana.

And invest it did.

It stemmed from a scheduled meeting in Washington, D.C., about two years ago with LED staffers and a team from Amazon that included a friend of hers who happened to be a high-ranking economic developer. Mitchell, the Lafayette native who still called the area her home despite her high-ranking job in Baton Rouge, made a pitch for sites all over Louisiana and not just Baton Rouge, which was the online retail giant’s target at the time.

Looking back on it now, Mitchell along with state, regional and local officials pulled it all together: the 900,000-suqare-foot fulfillment center in Carencro that is expected to go online soon and employ 500 people along with other sites in Shreveport, Port Allen, Slidell and the fulfillment center at the old Cortana Mall site in Baton Rouge.

The result? Thousands of new full- and part-time jobs for Louisiana.

Not a bad get for someone who 20 years ago left college armed with an electrical engineering degree.

“That project, which I worked on from start to finish, really solidified it for me,” Mitchell said. “This is definitely the path I want to continue on and grow in. We made certain they were aware of all the sites that were available in Louisiana for all their growth opportunities. Louisiana is just strategically located, and the available workforce here — huge selling point. It was very rewarding to work on a project in my hometown.”

Mandi Mitchell will earn a base salary of $250,000 as the next president and CEO of the Lafayette Economic Development Authority and will star…

Now Mitchell, the Northside High School graduate who ran sprints on the track team and was in the school band, will get a chance to work on more projects in her hometown but from a much more visible perspective. She starts Monday as the new president and CEO of the Lafayette Economic Development Authority after being hired in late September to replace longtime agency head Gregg Gothreaux.

The taxpayer-funded agency works with businesses as they make decisions to start, expand or relocate to Lafayette and surrounding areas. It operates four business parks, has been active in promoting the completion of Interstate 49 through Lafayette to New Orleans and attracting businesses to Lafayette, including CGI and Costco.

Mitchell will oversee the agency that plays a critical role in whether or not businesses choose to relocate to Lafayette Parish and making sure the ones already here don’t pack up and leave.

“It makes perfect sense for (Mandi) to return to Lafayette and lead LEDA,” LED secretary Don Pierson said. "She has already been engaged in working with companies that are making significant capital investments. She knows the importance of infrastructure and workforce development. There’s no question she’ll also be a champion for equity and diversity, which are critical elements for securing even greater future achievements in Acadiana.”

Not lost in her hiring was the fact that LEDA’s 12-member board hired a Black woman to a position — a “double minority,” Mitchell noted — that others like it around the state and country are dominated by older White men. Among chambers of commerce and economic development agencies in each of the Louisiana’s major metros, all but one are led by White men.

She doesn’t consider herself as some sort of pioneer, but instead falls back on her educational accomplishments, a result of growing up in a family that stressed hard work and education. In the world of economic development, Mitchell is uncommon: Not only is she one of about 1,100 certified economic developers worldwide, but she has a degree in a STEM field and an MBA.

“I think it sends a strong message as to what we in the community are about,” said state Sen. Gerald Boudreaux, D-Lafayette. “I’m proud of what Mandi was a part of and all her contributions at the state level. This is an opportunity to reward someone who is female and African-American who is confident and qualified. I think it’s a powerful message that comes with this hiring: that we look for the best, and when we find them, we reward them.”

During her time with LED, Mitchell was someone with vision and the ability to work with anyone, said Stephen Waguespack, the current director of the Louisiana Association of Business and Industry who earlier worked in state government under former Gov. Bobby Jindal.

Her role under former secretary Stephen Moret was significant, Waguespack said. She was director of governmental affairs before being named assistant secretary.

“I always knew something good was cooking if Stephen walked in with Mandi at his side,” he said. “Mandi is really good at laying out the road map, identifying the problems and implementing the solutions. (She is) someone who leads from the front, has an open-door policy, listens as much as she talks and is someone who wants to find a collaborative approach to bringing new jobs and investment into the region.”

Now Mitchell is tasked with preparing a strategic plan to lead the agency that oversees an area with a blossoming tech hub to go along with its core of jobs in manufacturing, health care, oil and gas, retail and logistics. The tech industry has gotten the most of attention in recent years with the latest arrival of SchoolMint, an educational software company that relocated from Silicon Valley to Lafayette, and the job growth at CGI.

“Tech industry? Right at the top,” she said. “With CGI, with that win, there were so many spinoffs in the tech space. All it took was one transformational win to get Lafayette in the conversation. This is a prominent company, and they were making a bet on this community.”

Mandi Mitchell on being hired as next LEDA head: 'I am thrilled to have this awesome opportunity'

Mandi Mitchell, assistant secretary for the Louisiana Economic Development, has been named the new president and CEO of the Lafayette Economic…

And she’ll get a chance to be in a role working with the public that was similar to her grandparents. Her grandfather was an alderman in Church Point while her grandmother helped people register to vote, bring them to the polls and deliver meals to people — often with a curious granddaughter at her side.

Her mom, Charmaine Ford, recently retired from years coaching softball and volleyball at Northside. Between her mom and her dad, who arrived in Lafayette to play football at then-USL, the two instilled a work ethic in her.

“Both my parents came from modest beginnings — service jobs, blue-collar jobs — but they were always stressing the value of an education,” said Mitchell, a mom to daughters Mandalyn and Maevyn. “Just learn as much as you can and work as hard as you can. They pushed us not to settle for mediocrity.”

Looking for a stress-free holiday? These Acadiana restaurants will be open on Thanksgiving Day

The following Acadiana restaurants will be open on Thanksgiving Day.