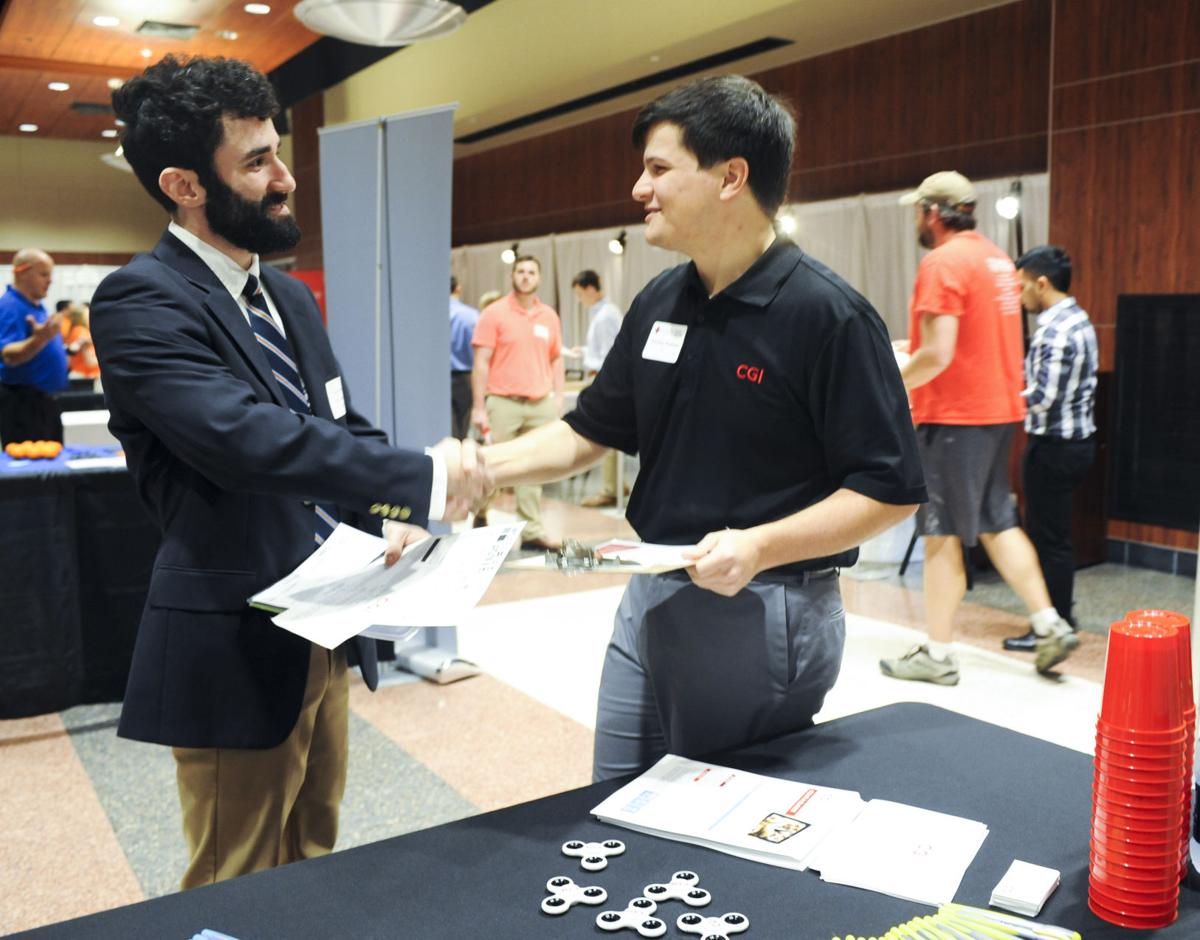 Timothy Andries, right, of CGI, shakes hands with industrial technology senior Samuel Frazier after discussing job opportunities in February during the University of Louisiana at Lafayette Career Services Career Fair. CGI plans to double its workforce to 800 in Lafayette by 2023, the governor announced Tuesday. 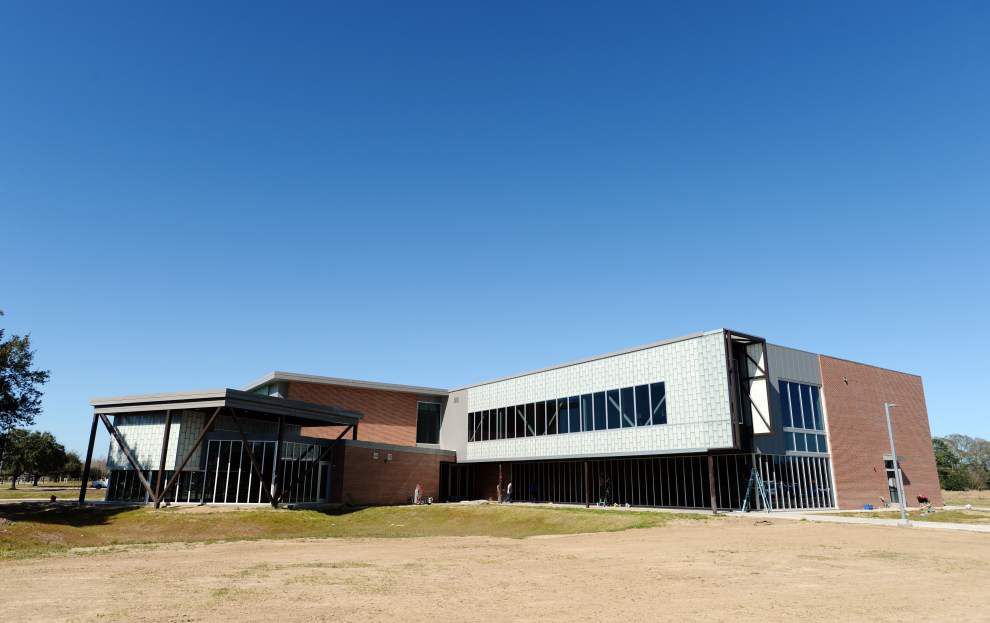 CGI held a 2016 grand opening in Lafayette. The company plans to double its workforce to 800 in Lafayette by 2023, the governor announced Tuesday.

Timothy Andries, right, of CGI, shakes hands with industrial technology senior Samuel Frazier after discussing job opportunities in February during the University of Louisiana at Lafayette Career Services Career Fair. CGI plans to double its workforce to 800 in Lafayette by 2023, the governor announced Tuesday.

CGI held a 2016 grand opening in Lafayette. The company plans to double its workforce to 800 in Lafayette by 2023, the governor announced Tuesday.

CGI said another 100 jobs will be sustained throughout the state, bringing CGI's total to 900.

The firm has a $22 million annual payroll at its existing IT Center of Excellence, which equals an average salary of $55,000 a year.

Edwards made the announcement Tuesday at the University of Louisiana at Lafayette in lieu of a joint address to the Legislature to mark the start of the special session.

The move means CGI is extending its commitments in Louisiana for an additional three years, through 2027, as it doubles its employee presence in the region.

"So, in reality, by growing this technology presence in Lafayette, we are touching virtually every sector of the economy while touching nearly every neighborhood in this community with exceptional careers," Edwards said in a statement.

The news is a win for Louisiana’s fledgling tech sector, which has struggled to attract and retain talent in recent years as state and economic development leaders have pushed for a more diverse and tech-focused economy. Around a decade ago, state officials began positioning the state as a regional tech hub, and several companies have moved into the region to take advantage of lower costs, among them wages.

Edwards last fall announced what was described as the largest jobs announcement in New Orleans' history with DXC Technology, one of the world's largest tech firms, which will employ 2,000 people there. State officials last year also extended a deal with IBM after the firm failed to meet its hiring goals, despite a $147 million incentive package.

The new CGI jobs will be located at the existing UL-Lafayette Research Park facility and at a second, yet-to-be-named Lafayette Parish site. Over the next decade, the CGI Lafayette cumulative payroll will exceed $480 million.

The Edwards administration offered CGI an incentive package that includes a performance-based grant of $5.3 million to offset personnel relocation and other costs. The firm also will use the state's Digital Interactive Media and Software Development Incentive and Quality Jobs programs. CGI will continue to lease its state-funded original location from Ragin Cajun Facilities Inc., which is affiliated with UL-Lafayette.

CGI’s operations in Lafayette focus on app development and emerging digital technologies. Among them are using data analytics to improve performance and to identify cost savings for clients; hybrid information technology, cloud-computing and infrastructure management; and streamlining citizen and industry interaction with government.

CGI unveiled its 50,000-square-foot, $13.1 million center on the UL-Lafayette campus in 2016 after starting to hire in Lafayette in 2014. Part of the deal sent $4.5 million to UL-Lafayette’s School of Computing and Informatics, from which the firm said it would draw employees. That effort, which is aimed at tripling the number of undergraduate degrees in the school, is still ongoing, officials said this week.

Nearly half of CGI's college hires are UL-Lafayette graduates, UL-Lafayette President Joseph Savoie said, and more than 60 percent of its workforce in Lafayette have "Louisiana roots."

This spring, the school launched its first Master of Science degree in informatics.

After opening, CGI sped up the hiring process after landing $45 million in contracts from U.S. government regulatory agencies and the insurance and financial sectors.

CGI was one of three tech firms to announce Lafayette facilities in 2014. Combined, the three firms — CGI, Enquero and Perficient — had plans to hire 1,000 tech workers in the region.

CGI is based in Montreal and has revenue of more than $10 billion.