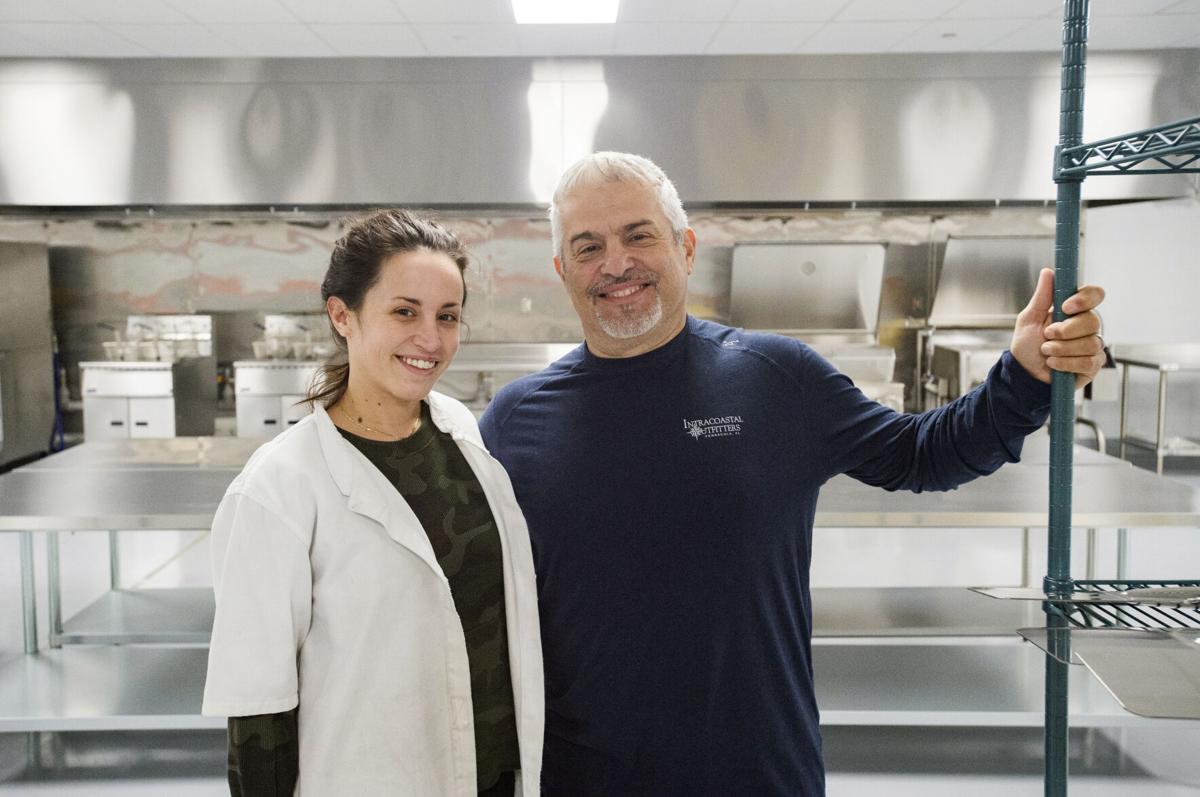 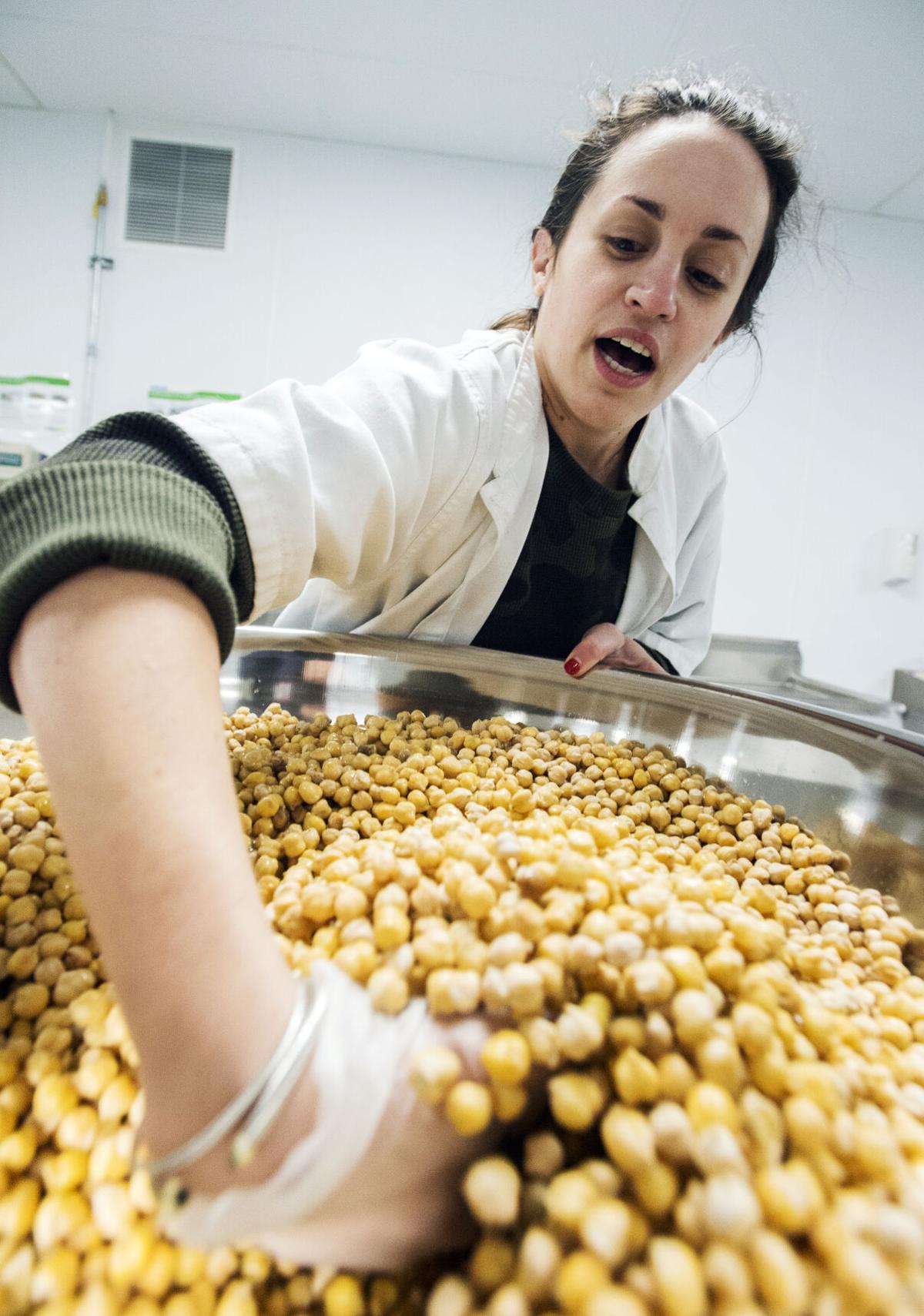 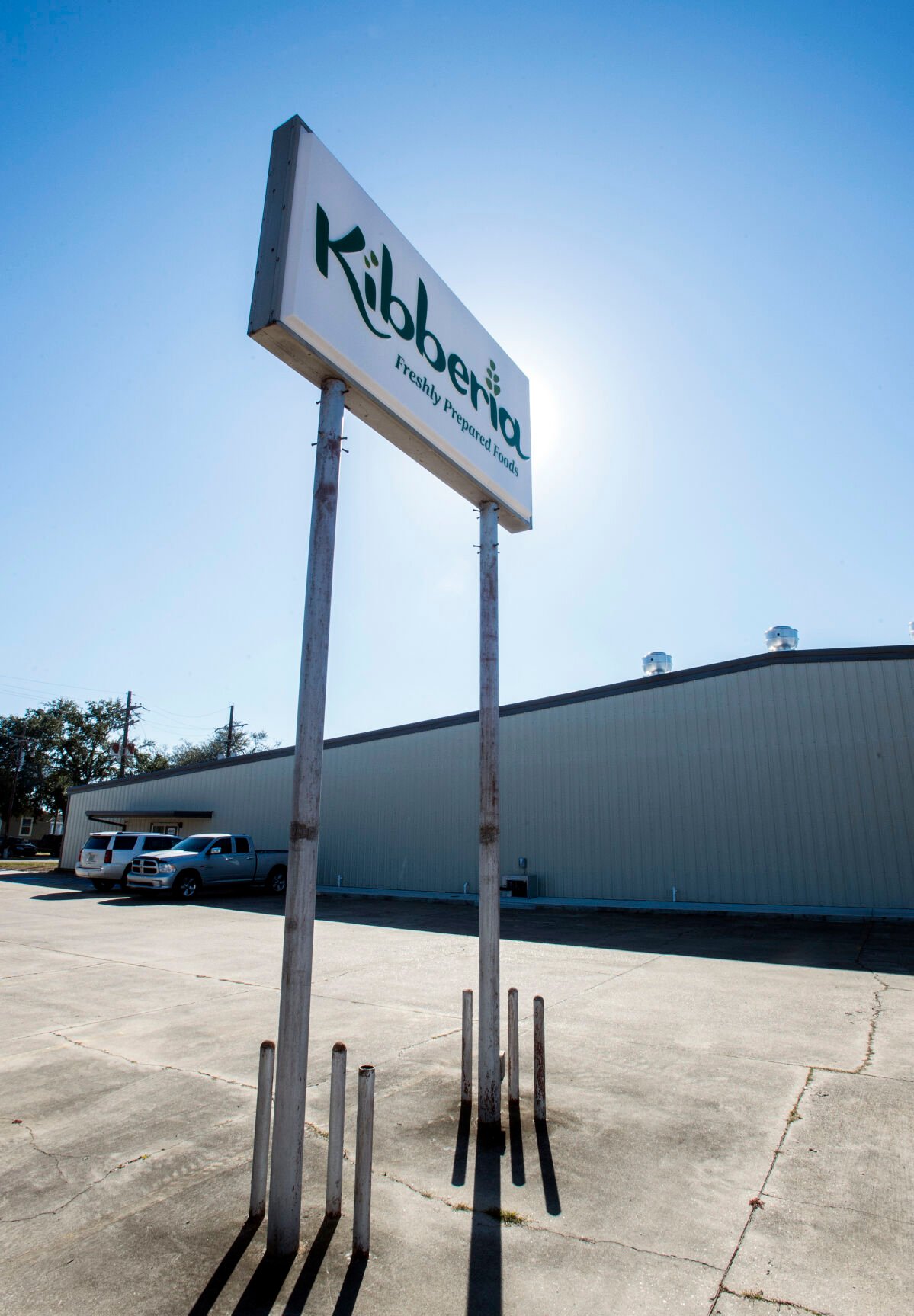 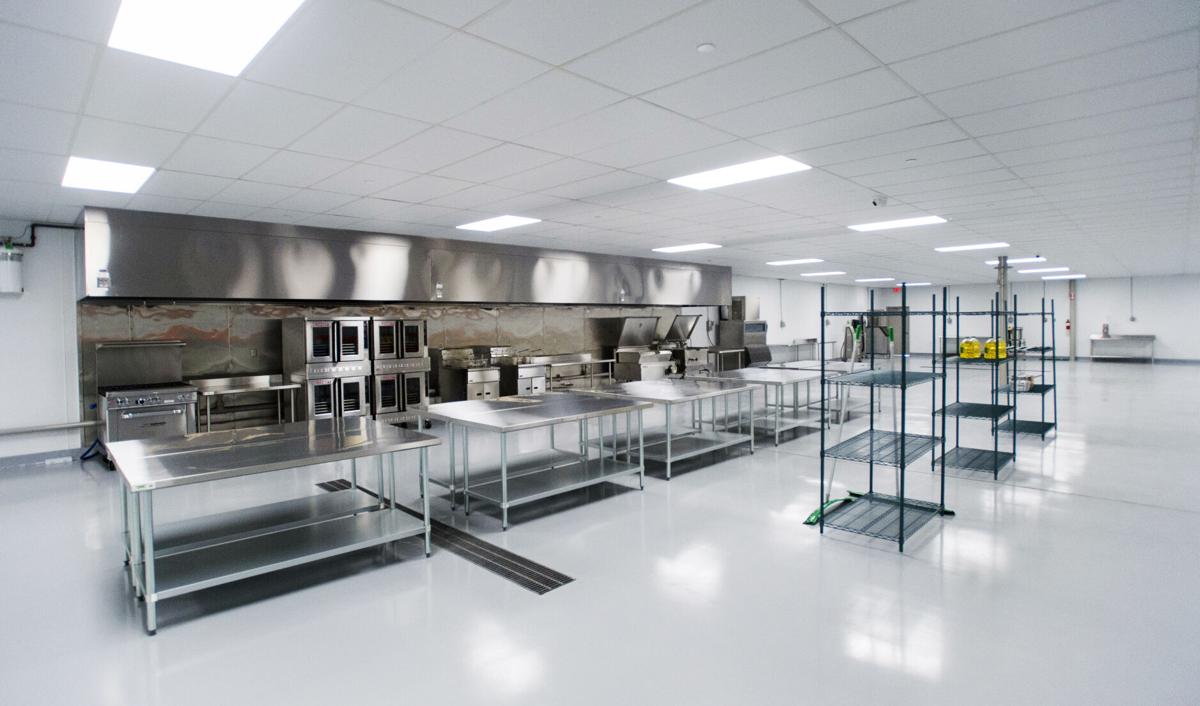 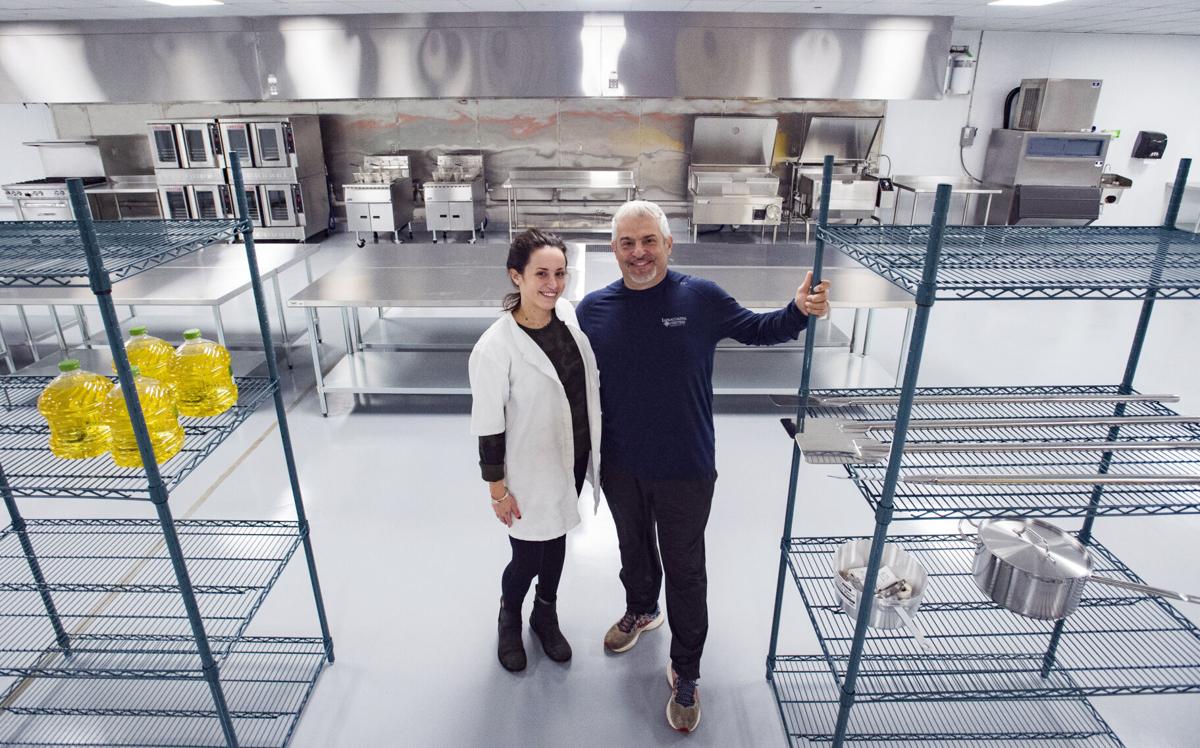 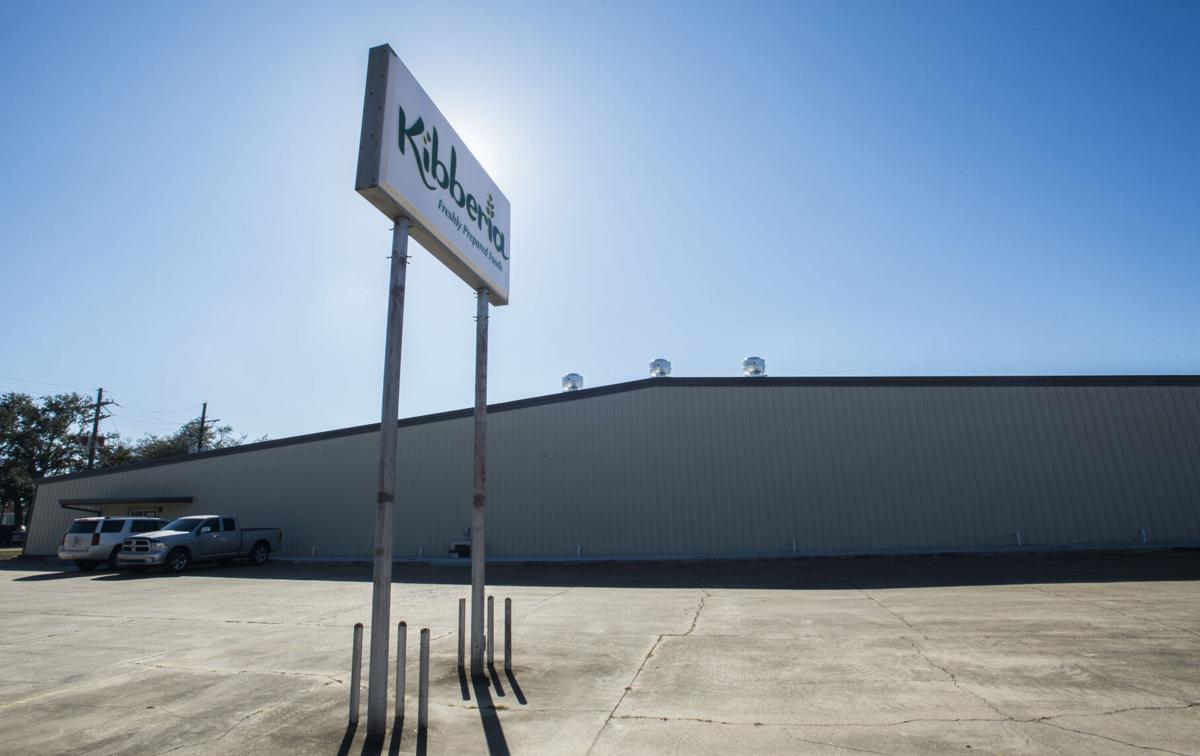 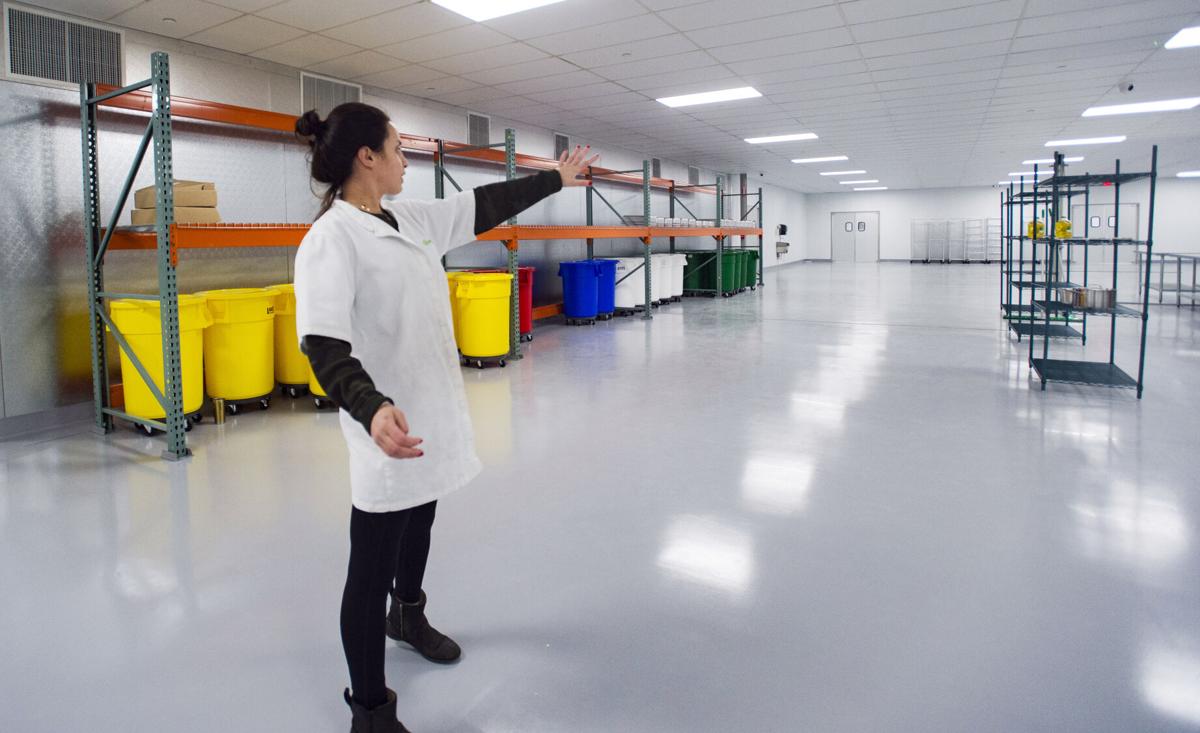 Kibberia Foods, a commercial kitchen that opened in an old furniture store in Scott, held its grand opening Wednesday and has begun hiring.

Housed in the 60,000-square-foot former Discount Furniture Sales building at 4207 Cameron St., Kibberia celebrated its opening with the Lafayette Economic Development Authority and other officials.

It marked about nine months after owners Georges Antoun and his wife, Martha, both graduates of the University of Southwestern Louisiana, bought the property back in March.

The company, which will prepare fresh salads, ready-to-bake and ready-to-eat meals, casseroles, sandwiches and some seasonal items, will employ about 100 people, with 50 people working per shift.

Those interested in employment can apply on site, he said.

“The City of Scott is very excited about Kibberia,” Scott Mayor Jan-Scott Richard said. “Investment and job creation are economic drivers for a community. The investment by the Kiberria team, which is locally owned, gives us the opportunity to market our city in a regional approach. We look forward to a wonderful partnership with Kibberia that will bring jobs and growth to our city for many years to come.”

The business venture grew from the family’s restaurant, Kibberia, in Danbury, Connecticut, but will be independent of the restaurant, Antoun noted. His sister, Carol Iskander, is the chef for the restaurant, and she and her husband opened a wholesale operation in Connecticut with the Louisiana location serving as a sister operation.

Iskander will oversee the Scott facility and “make sure we’re making her proud,” Antoun said.

“Initially our current customers will be outside of Louisiana,” he said. “We’re going to look immediately to engage with local customers and local entities. It’ll be a shame to have 100% of our products go outside of Louisiana. Once the locals understand what we are doing and the quality of what we’re doing, I promise you they’ll do business with us. And we want this partnership.”

The building, which was still set up to house a furniture store when the Antouns bought it, was overhauled to feature a design that can be rapidly scaled to support production as needed. More than 30,000 square feet will be utilized for the kitchen with 11,000 square feet of refrigerated space. The company is completing USDA and Safe Quality Food certification to ensure the highest level of food safety and quality.

“We needed to rebuild everything, and we did,” Antoun said. “The city, health department — everybody has been helpful in supporting us and guiding us. We’re going to bring a lot of jobs to the area. We’re starting to establish our local suppliers all the way from produce to containers to boxes to kitchen equipment. We’ll bring that ecosystem all the way to a local level.”

The move completes a circle back to Lafayette for the Antouns, whose daughter is a student at the University of Louisiana at Lafayette. Georges Antoun first moved to Lafayette from Lebanon at age 17 along with his Carole, 15, but without their parents. He then enrolled at USL.

“A commercial kitchen of this size will immediately lead this industry in the market,” said State Rep. Jean-Paul Coussan, R-Lafayette. “Georges has had incredible success as an entrepreneur and with deep roots in this community, we look forward to the continued growth of this family run business.”