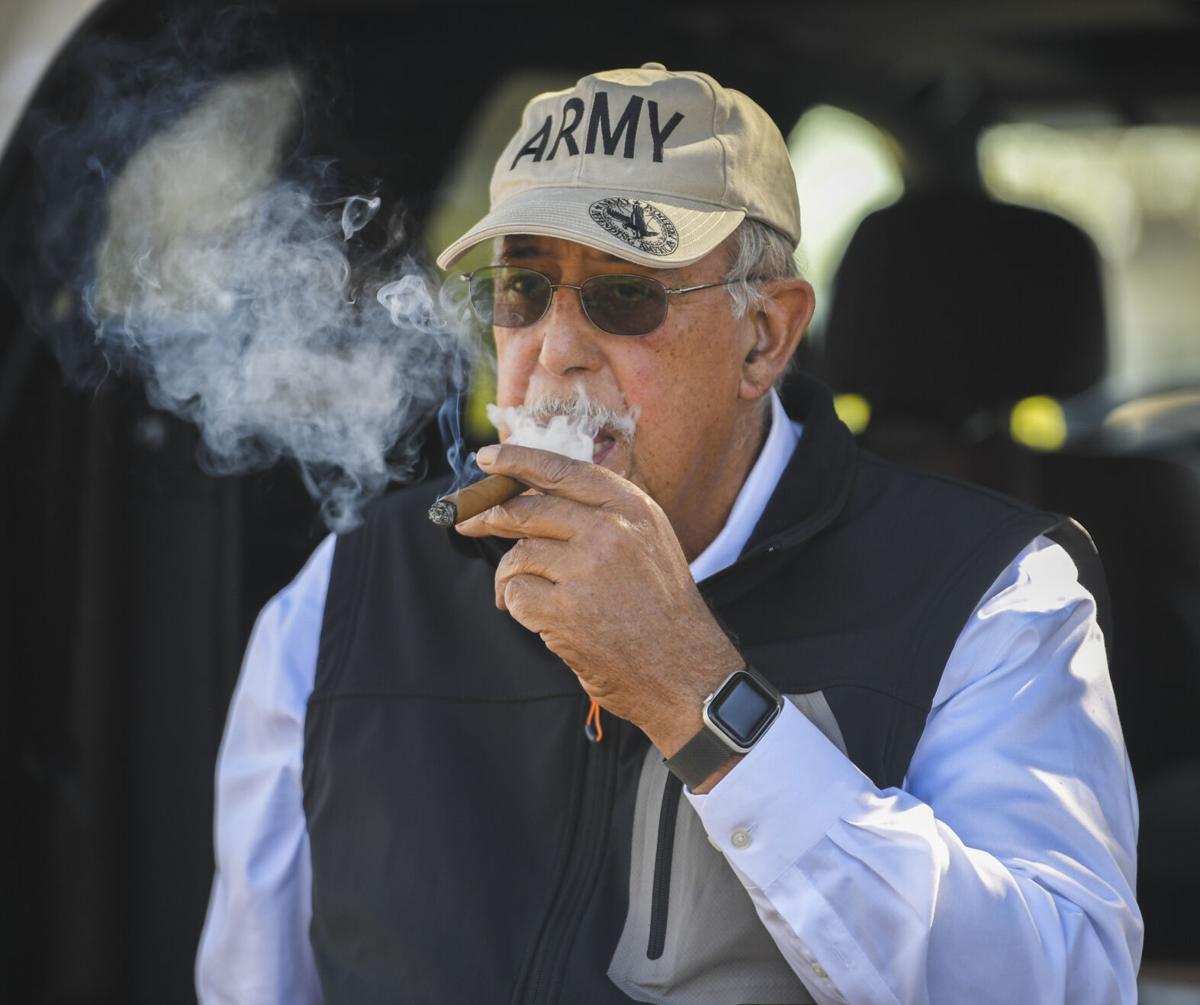 Ret. Lt. General Russel HonorŽ waits to begin his staged message to wealthy oil and gas executives attending an invite-only golf outing in hurricane-ravaged Lafayette at Oakborne Country Club on Monday, November 8, 2021 in Lafayette, La.. The event was lived streamed and Harold Scoeffler also joined in on the event. 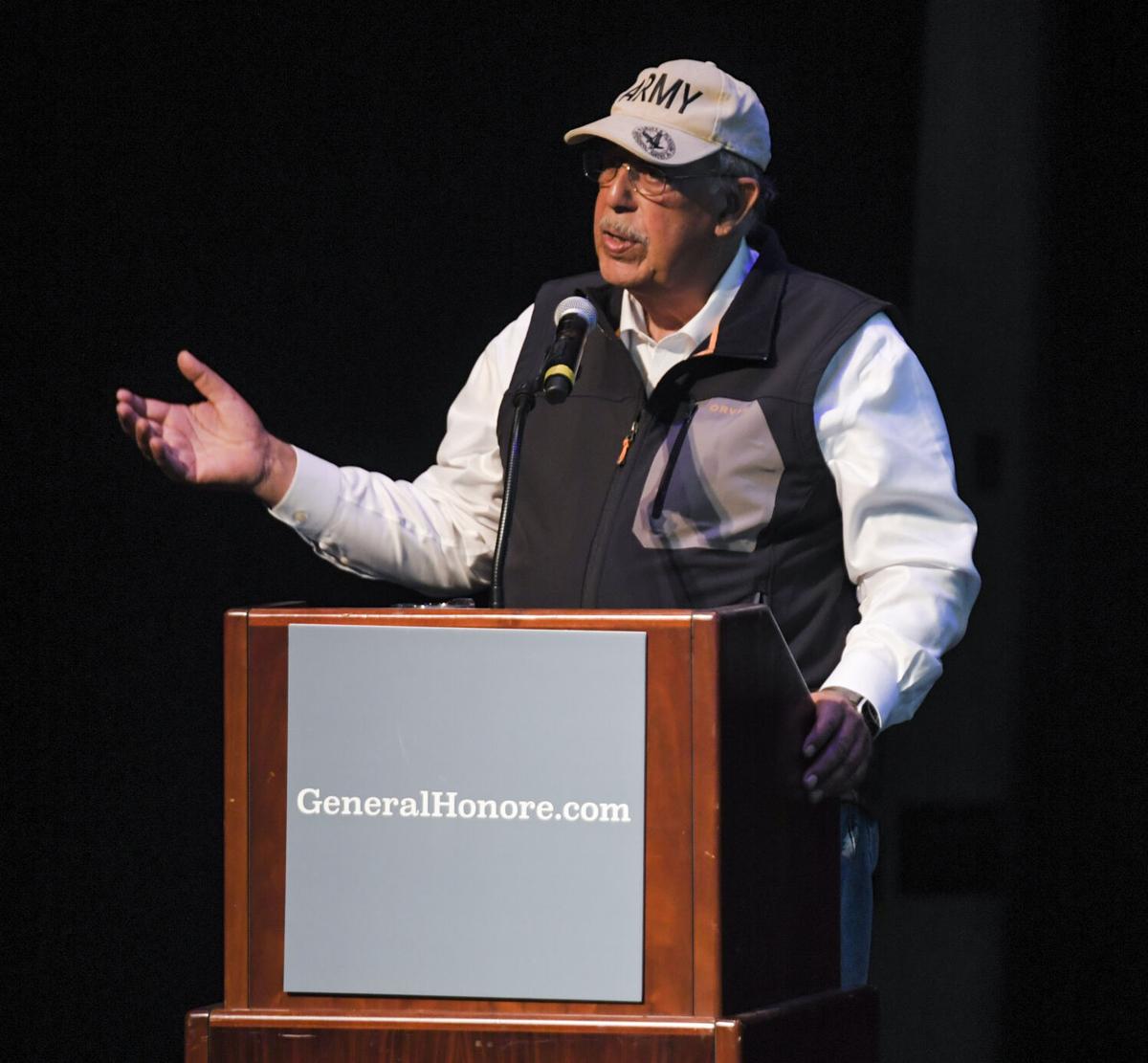 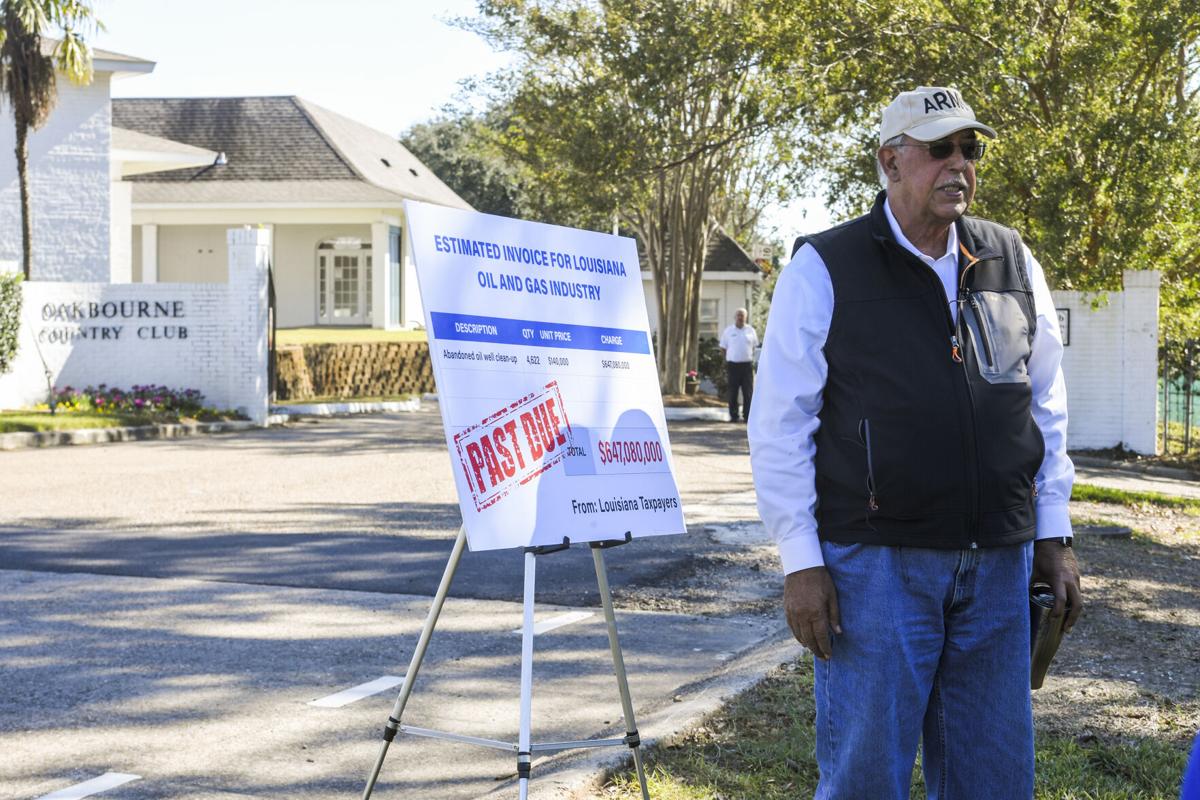 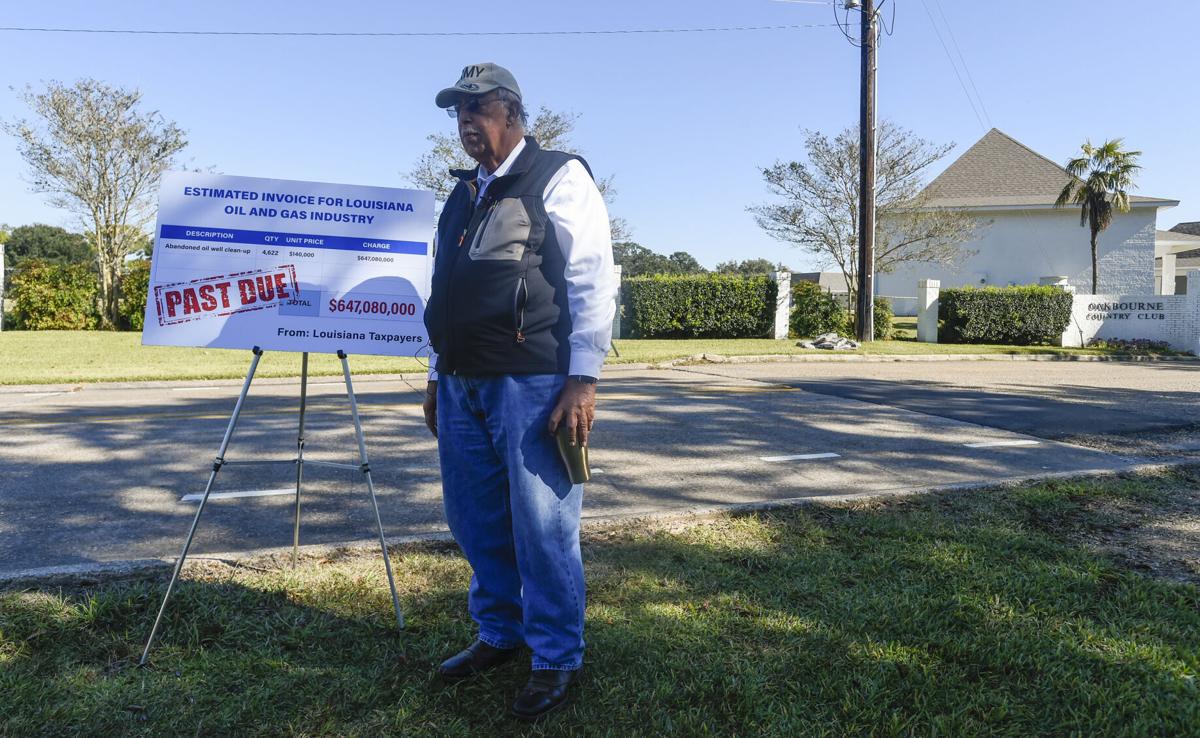 Ret. Lt. General Russel HonorŽ waits to begin his staged message to wealthy oil and gas executives attending an invite-only golf outing in hurricane-ravaged Lafayette at Oakborne Country Club on Monday, November 8, 2021 in Lafayette, La.. The event was lived streamed and Harold Scoeffler also joined in on the event.

Representatives of the GreenARMY took aim at Louisiana’s oil and gas industry Monday, demanding it pay its fair share for cleaning up abandoned oil wells and equipment scattered around the state.

Lt. Gen. Russel Honoré, U.S. Army, Ret., told a town hall meeting attended by about 30 people in Lafayette that while fossil fuels “helped build this country,” the industry has mostly shirked its obligation to plug and properly abandon oil wells around the state, instead shifting that burden to state and federal government programs and funding.

Honoré, who visited Lafayette in October to criticize the industry, said Monday that the Louisiana Legislature allows energy companies to explore this state for oil and gas but doesn’t make the oil operators clean up their sites. He said there are more than 4,600 abandoned wells in Louisiana.

Honoré said Louisiana is "run by an oil oligarchy," and said it is "as close to a Putin government as you can get."

But Andrew Jacoby, an attorney from New Orleans who focuses on environmental law, said the real number of abandoned sites surpasses 20,000. He said operators of as many as 11,000 wells in Louisiana report them as “inactive,” which allows the operators to pay a small annual fee to the state, rather than do the more costly work of plugging the wells and cleaning up the work sites.

Honoré also said some large companies working in Louisiana sell their depleted wells to smaller, limited liability companies which, in turn, extract the last of the oil from them and then declare bankruptcy, leaving the wells uncapped and the state with a clean-up site.

Jacoby said that the state needs to focus not only on plugging the wells but also on making sure that companies clear equipment and pipelines from their work areas. He said abandoned pipelines in the state’s rivers are dangerous to outdoorsmen.

Both men said the Louisiana’s Department of Natural Resources are overwhelmed by the problem and too understaffed to enforce even the state’s weak laws for protecting the environment.

Jacoby said loopholes in state law allow companies to drill for oil without providing adequate financial security for site cleanups. Among problems he listed were DNR doesn’t adequately determine which wells are inactive or simply abandoned and it allows former operators who abandoned wells before to go back into business under different names and ownership.

He said other oil-producing states such as Texas, Alaska and Colorado do a better job of protecting the environment by ensuring operators commit more money upfront for abandoning wells responsibly.

Honoré also said Louisiana should not let members of the industry sit on the Oilfield Site Restoration Commission, which he said presents a conflict of interest. Steve Maley, vice president of operations for Badger Oil Corp. in Lafayette, recently said removing industry representatives from the commission would deprive it of needed expertise.

In an opinion column published in October, Maley wrote that, “Disregarding their input would inevitably make the problem worse by shutting out individuals with first-hand knowledge of oil and gas operations on the ground.”

Maley also said the state’s Orphan Well Fund collects more than $10 million a year, most of it paid by Louisiana operators.

Earlier Monday, Honoré stood outside the Oakbourne Country Club in Lafayette, where the Louisiana Oil & Gas Association was hosting its annual golf tournament, a fundraiser for the trade association.

“The declining industry is seeking a $21 billion handout from taxpayers to clean up millions of its own oil wells and contamination sites that it callously abandoned," Honoré said.

That money is expected to be released by the Biden administration. Honoré said if the oil industry would pay for their own abandoned wells, that money could be released elsewhere.