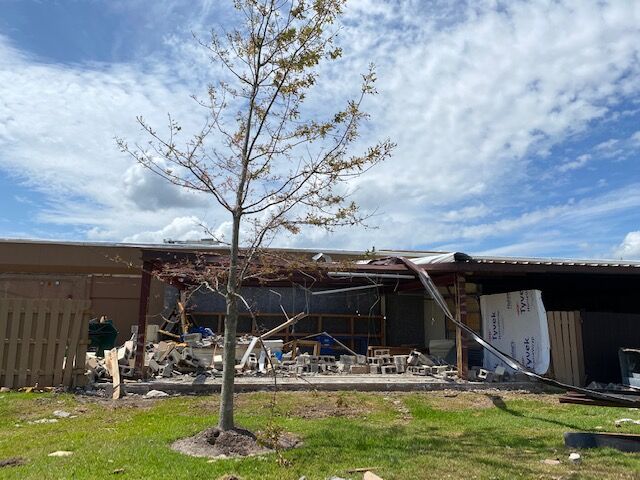 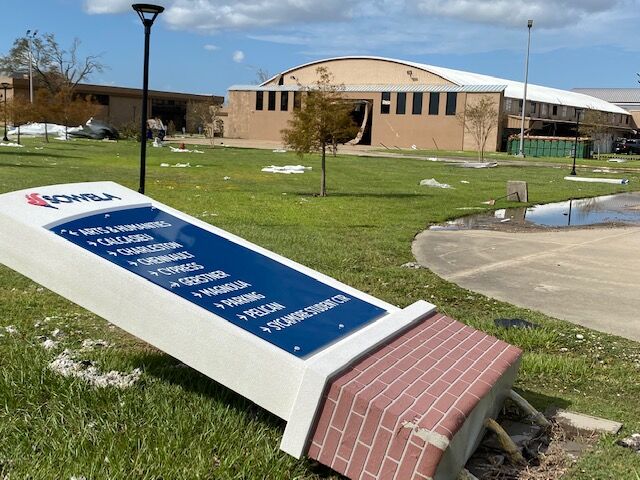 But Chancellor Neil Aspinwall foresees substantial recovery, if not prosperity, around the corner, or at least by late summer. In that regard, Aspinwall, the native Georgian who rebuilt SOWELA once before, sees rebuilding it yet again this year.

Aspinwall arrived in southwestern Louisiana eight years ago with a reputation for leading Georgia’s stellar workforce training program — it was said to be the best in the country — and a determination to build then-shabby SOWELA into something better. If you passed the campus, which rests along Chennault International Airport, nine months ago you’d have seen SOWELA had done just that, with many new buildings among the 13 on the central campus. Enrollment had grown — to more than 4,000, at one point — and the two-year campus’ reputation among local industries had soared.

But first COVID-19 in March and then two hurricanes — Laura on Aug. 27, Delta on Oct. 9 — tore off campus roofs, toppled walls and closed the campus for weeks. The campus was a wreck. Aspinwell lamented after the first hurricane that what had taken eight years to build had been toppled in four hours of storm.

Or was it? What wasn’t toppled was appreciation for what SOWELA had achieved over the course of eight years and why it was important to the Southwestern Louisiana community. There remains lots to be done to recover the campus, but there appears to be state and local enthusiasm, public and private, to support that.

Aspinswall, speaking in a Friday interview at SOWELA, said he’s heard from the governor, who has visited SOWELA twice since the storms, and from other state officials, such as Commissioner of Higher Education Kim Hunter Reed, numerous times as they monitor plans and actions to rebuild the Lake Charles campus. Private industry has kicked in substantial aid.

An intensive, aggressive three-phase recovery plan that’s in place promises to put students fully back on campus — if the pandemic emergency relaxes — for the fall 2021 semester. Phase 1, launched Dec. 2, will put six buildings back in operation by Feb. 22. Phase 2 will go to bid next month and lead to recovery for six more buildings within 150 days. Phase 3 focuses on the Arts & Humanities Building, a total loss, and promises to return the new building online by August. It’s been moved up to meet that deadline.

Campuses in Oakdale and Jennings sustained minimal damages. Both are operating as normal.

In all, Aspinwall said, costs to replace the damage may approach $35 million, although bids on many projects haven’t been received yet. Some early bids came in lower than expected. The state is insured and FEMA aid is available. There should be money to do the job of recovery.

The chancellor said the need to erect buildings speaks to the need for in-person classes. Most students are adept in accessing remote classes, relied upon heavily during the fall, but many students don’t like them.

“Students want to be on campus,” the chancellor said, a desire that reflects the need for hands-on education in workforce preparation classes as well as a desire for students for the social side of education. They want to be with their classmates, he said. Some won’t return until face-to-face instruction returns.

“Many technical programs can only do so much remotely,” he said.

He said local industry, including some of the two dozen industries located just west of the Interstate 10 bridge, have been helpful, either through contributions or by working with the college to set up internship programs. Cheniere donated $100,000. Business and industry donated some $200,000 in all in gift cards for students and faculty members.

Plans for spring semester are for courses to start remotely Jan. 19 and resume on campus Feb. 1.

“We have a fast track (process technology) class that starts next week,” Aspinwell said, a program through which applicants can earn a degree in 16 weeks and seek jobs that start at more than $50,000 a year.

On campus Friday, students were registering for the spring semester even as workers were making repairs on the Sycamore Student Center. Most said they were eager to return. They’ll see demolition on campus — the Arts and Humanities Building is a total loss — alongside other buildings being restored.

“It was different for everyone,” said Megan Thibodeaux, a freshman and graduate from Barbe High School in Lake Charles, of her first semester in college. “Everyone — my teachers — did their best.”

Now she’s hoping for something better. The process technology student said instructors did what they could with limited access to labs and machinery. She’s eager for more hands-on opportunities.

Seth Romeo of Hackberry, who had attended SOWELA as a STEM student in high school, was returning there for the spring semester. He said he is going to do basic studies at SOWELA, then transfer for computer science studies at McNeese State in Lake Charles.

“I’ll start remotely,” he said, as will his classmates. But he’s hoping for the fully functional SOWELA he attended while a high school student.

That’s the rub: How many people will return, at least for the spring? He said some faculty members had to move elsewhere when their housing was destroyed. Some found jobs in other places.

Some students, too, are challenged because their homes were battered, their job situations changed and their family obligations were altered. When they return, Aspinwall said, SOWELA will be ready.

“Our students are supportive; they’re positive,” he said.

Efforts continue to introduce and bolster new programs, such as training programs for the hospitality industry in Lake Charles. That’s part of the plan to grow enrollment.

“First, we get rebuilt,” he said. “Then we get through the pandemic.”

State funding is not where it needs to be, he said, but as long as Southwestern Louisiana offers jobs, the college will be strong. The hope, he said, is to gradually build SOWELA to 5,000 students. The campus will at least be back to where it was in a year to 18 months, he predicted.

“We’re optimistic. Faculty and staff are working hard. We’re coming back,” he said.