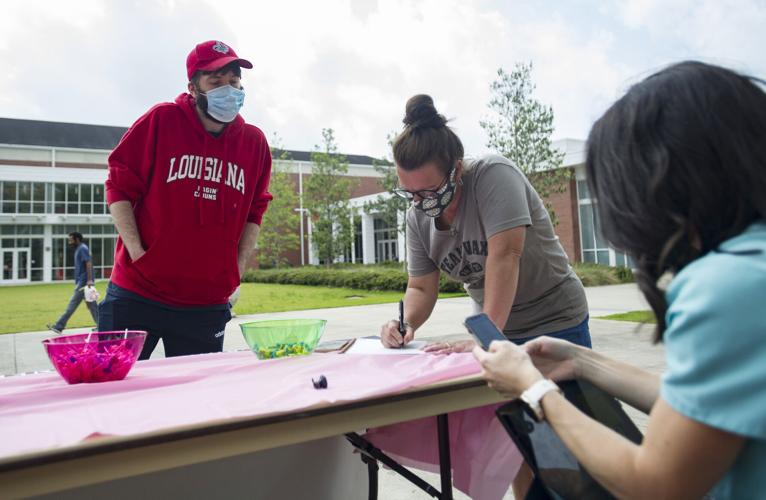 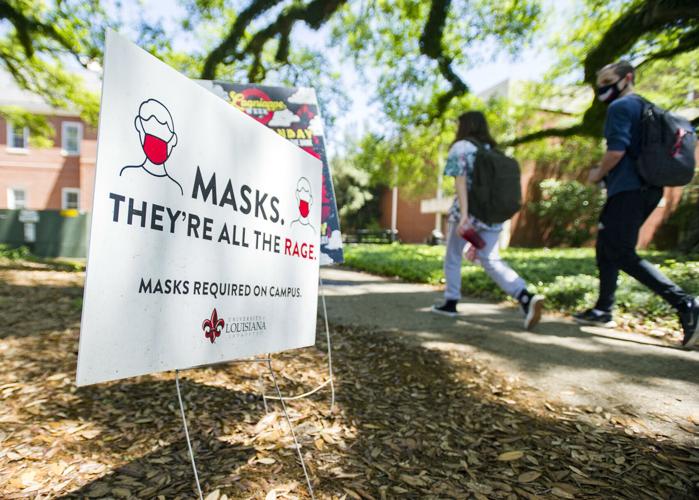 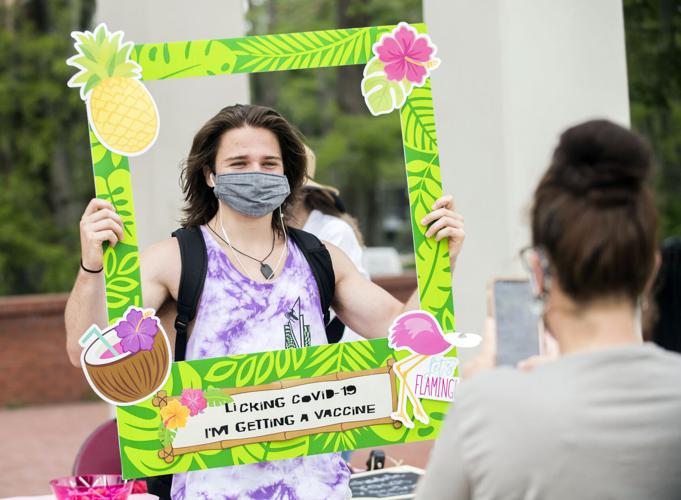 Freshman Easton Baird poses for a photo after scheduling his Covid-19 vaccination at a sign-up table Friday, April 9, 2021, on the UL campus in Lafayette, La. 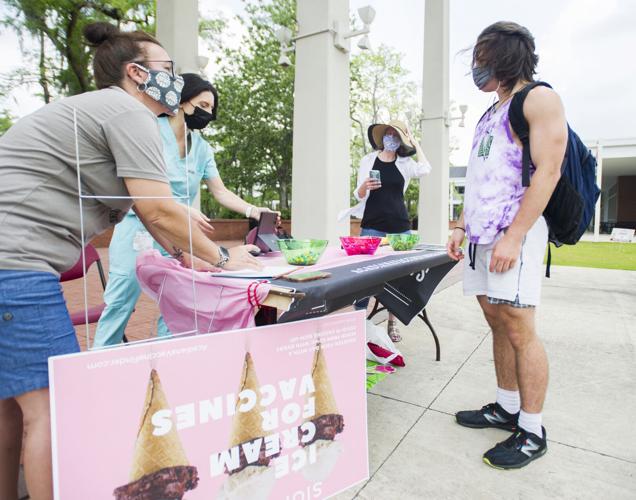 Freshman Easton Baird poses for a photo after scheduling his Covid-19 vaccination at a sign-up table Friday, April 9, 2021, on the UL campus in Lafayette, La.

Acadiana colleges and universities want their students, faculty and staff to get COVID-19 vaccines before coming to campus for the fall semester. But they probably won’t mandate it.

A spate of campuses around the country have announced in recent weeks their intention to enforce this rule: Put up your arm or stay off the campus. A recent university convert to weigh in for mandatory vaccines was Notre Dame in Indiana, which will open a vaccination clinic on campus starting Thursday and administer the first Pfizer-BioNTech two-dose vaccine over the following week.

“The safety of the University and local communities is always our highest priority,” the Rev. John I. Jenkins, Notre Dame president, said. “Requiring students to be vaccinated for COVID-19 is a new and important addition to our health policies, one that we believe will enhance public health at Notre Dame and in our community, while also contributing to our ability to return to a more vibrant campus environment.”

Cami Geisman, spokesperson for the University of Louisiana System, said Wednesday that the system office had sought guidance from Louisiana health officials and decided against enforcing mandated vaccines. The chief reason, she said, is that the vaccines have been released under an emergency use authorization — the vaccines have not received Federal Drug Administration approval yet. Approvals are likely later in the fall for both Pfizer and Moderna vaccines.

Consumer spending continued to climb in February in Lafayette Parish as the total retail sales recorded was the highest ever for that month.

In a March 30 letter to presidents of the nine member institutions of the UL System, President Jim Henderson said the Office of Public Health cannot mandate the vaccines because they were issued for emergency use. However, he said, state health officials provided this recommendation, or “guidance”:

Henderson asked the campuses — UL member institutions include the University of Louisiana at Lafayette, McNeese, Nicholls, University of New Orleans, Southeastern Louisiana, Northwestern State, Grambling, Louisiana Tech and ULM — to focus on “encouraging as many people within our spheres of influence as possible to be vaccinated.” He said that Louisiana would receive a larger allocation of vaccine this week.

“The benefits almost cannot not be overstated. A recent study found the Pfizer vaccine is not only 97% effective in the prevention of symptomatic disease, critical disease, and death, the vaccine is 94% effective in the prevention of asymptomatic infections. If that finding is accurate, transmission of the virus can be nearly halted with widespread vaccination,” he wrote.

That reasoning sounded good to Wyatt Beachy, a UL Lafayette freshman from Hammond who is studying English literature. He's scheduled for his second shot April 28.

"I'd feel comfortable if they required it," he said.

UL Lafayette conducted a clinic for vaccines on Wednesday and Friday in the Student Center’s ballroom.

Dustin Milam, a graduate student in systems technology, said he's fully vaccinated but said it was by his choice. A mandated vaccine, he said, might be another matter.

Airbnbs can operate in Lafayette's single-family neighborhoods, not addressed in new codes

"It's not FDA approved," he said, so a mandatory vaccination might be a government overstep before the vaccines have clearance. He suggested that without vaccines might hold unintended health consequences for those who taking them. He's comfortable with the vaccination, he said, but others might not be.

At McNeese State in Lake Charles, spokesperson Candance Townsend said the campus conducted to clinics and administered the Johnson&Johnson one-shot vaccine. She said the first clinic drew about 80 faculty and staff who met the guidelines; the second clinic included some students and drew around 100.

At South Louisiana Community College in Lafayette, spokesperson Christine Payton said the administration has not discussed mandated vaccines but has encouraged students, faculty and staff to get the vaccine. She said the campus has been posting information about vaccines as the information comes to the college.

Other campuses around the country that are mandating COVID-19 vaccines for fall attendance include Brown University in Rhode Island, Fort Lewis in Colorado, Northeastern University in Boston, Nova Southeastern in Florida, Oakland University in Michigan and St. Edward’s in Texas.

Gov. John Bel Edwards is scheduled to discuss the latest developments with the coronavirus pandemic in Louisiana at a 2:30 p.m. press conferen…