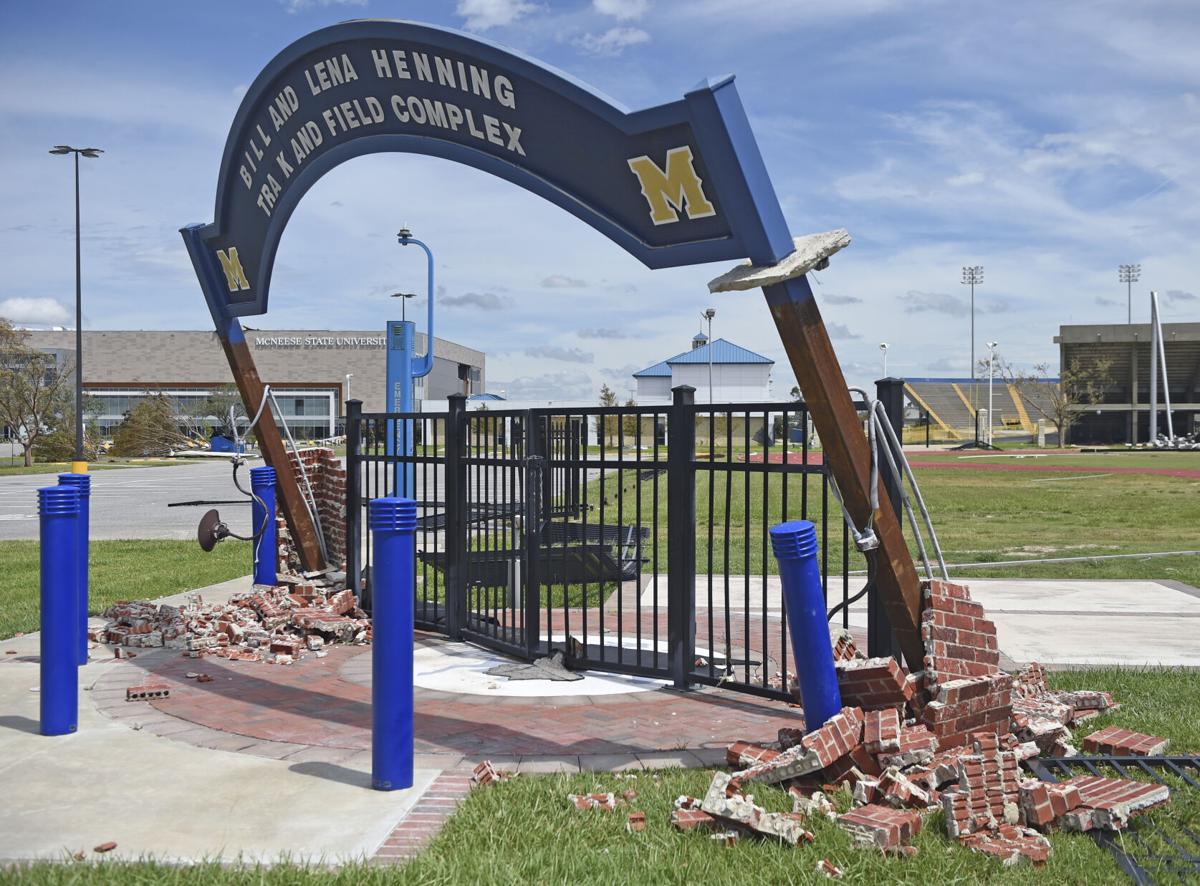 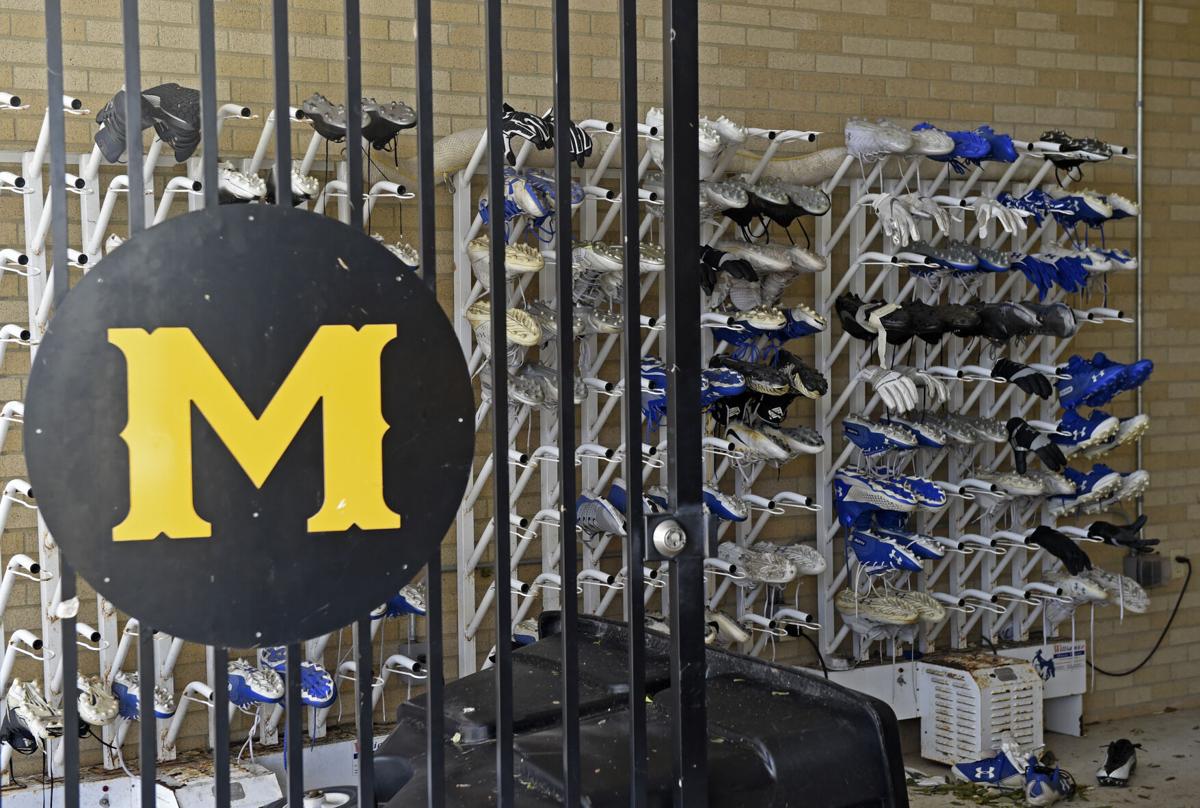 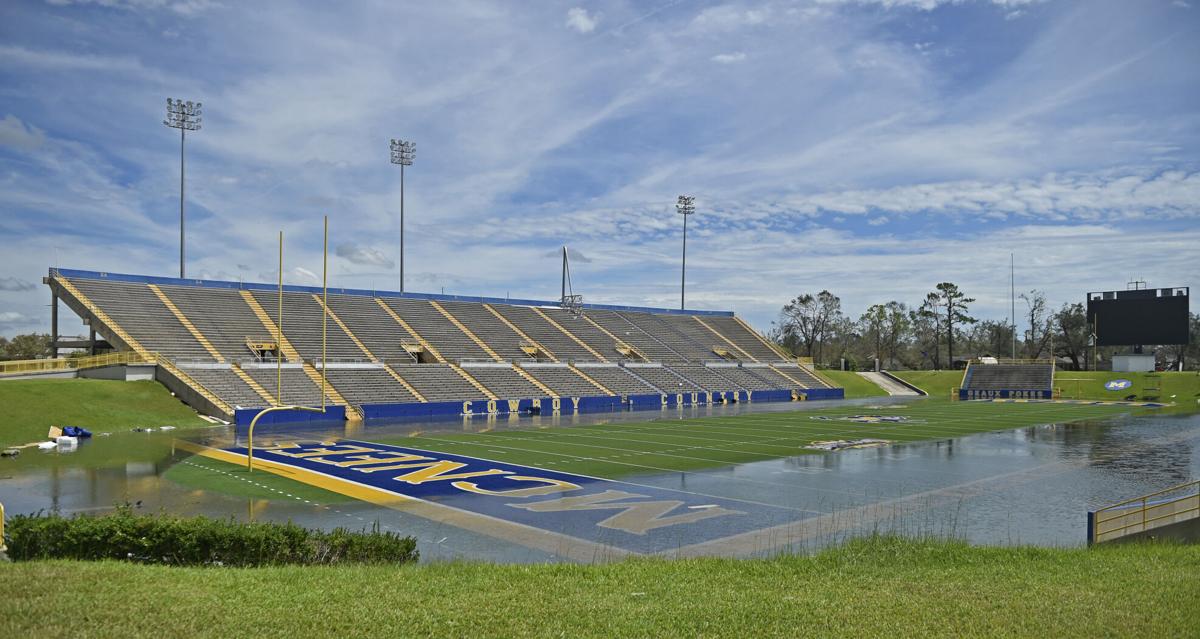 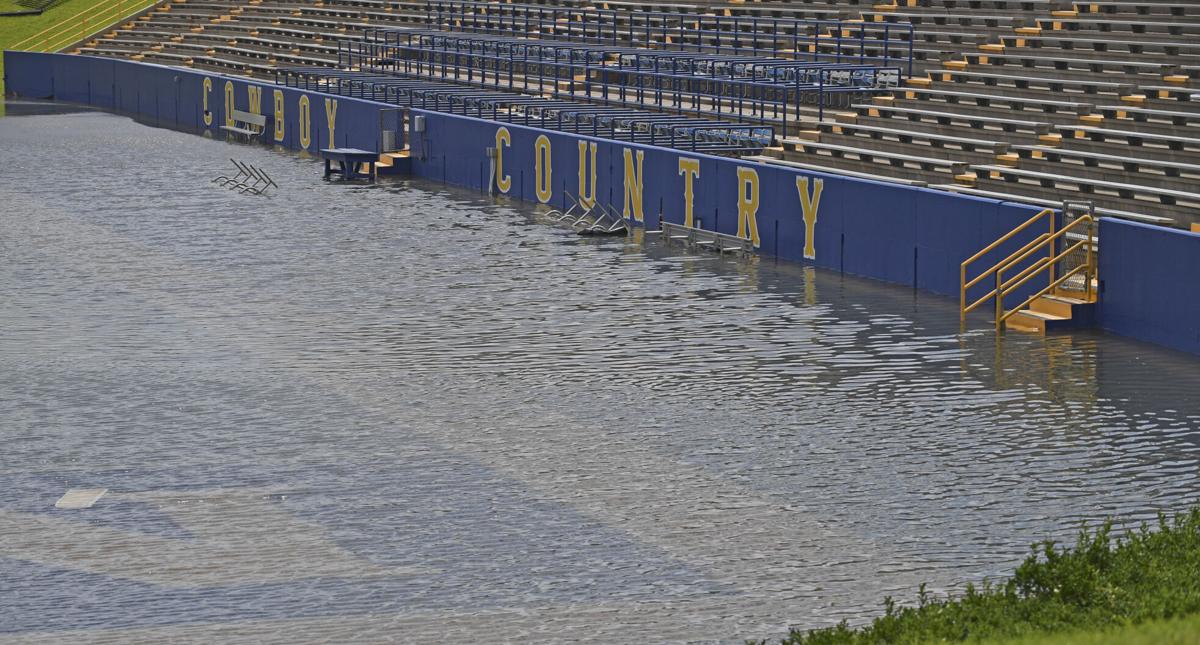 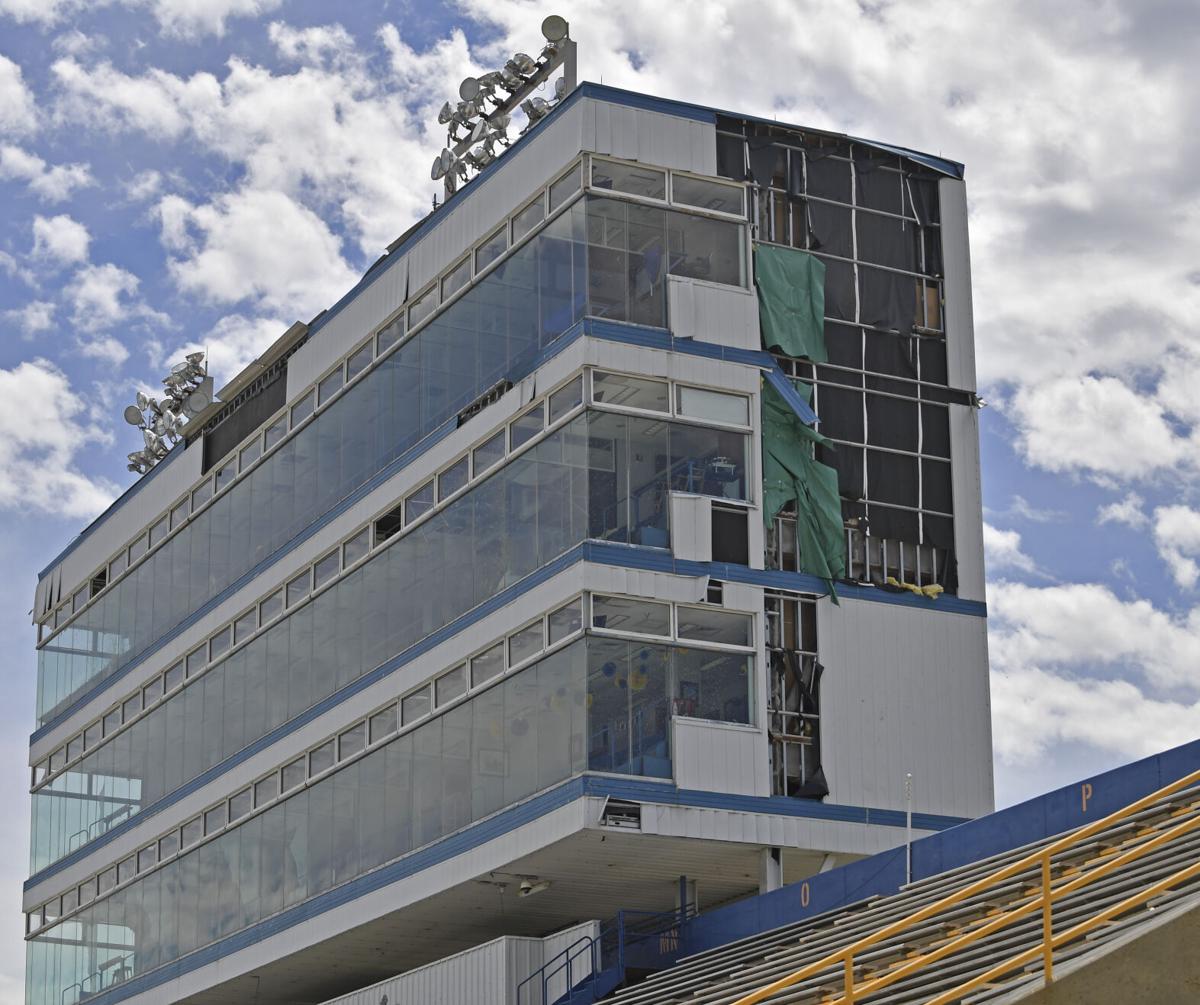 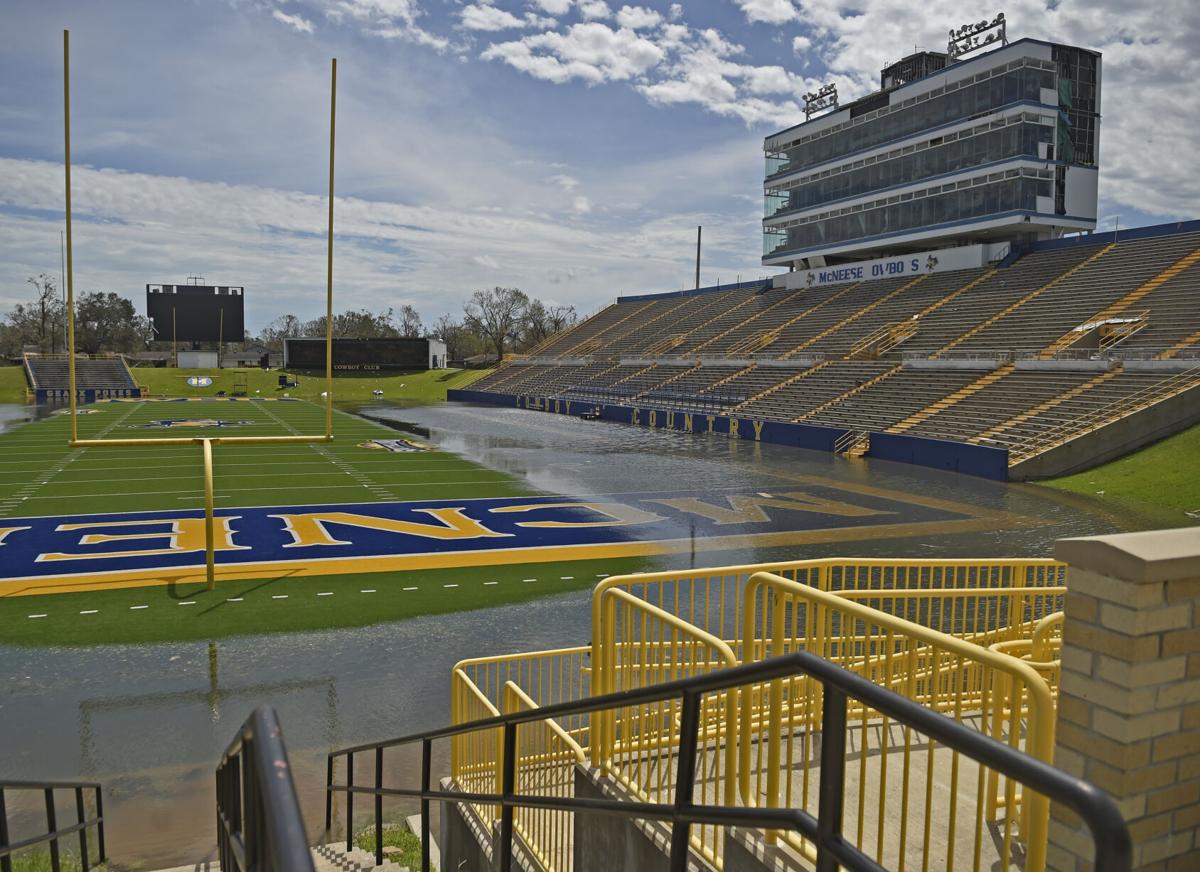 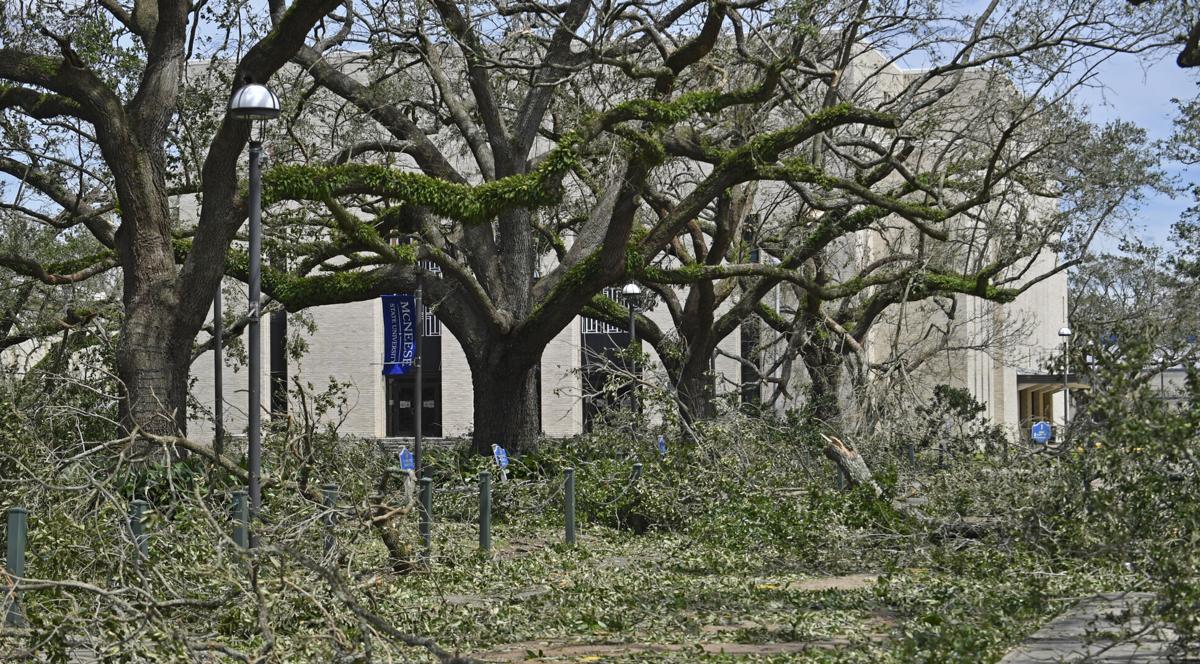 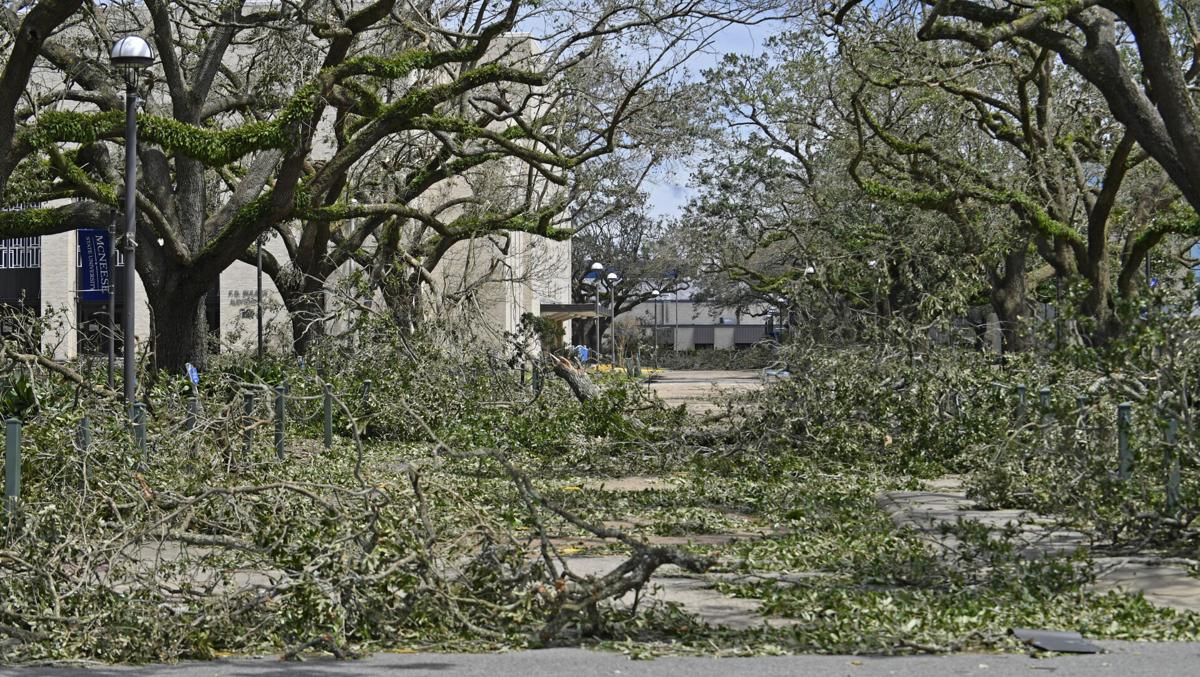 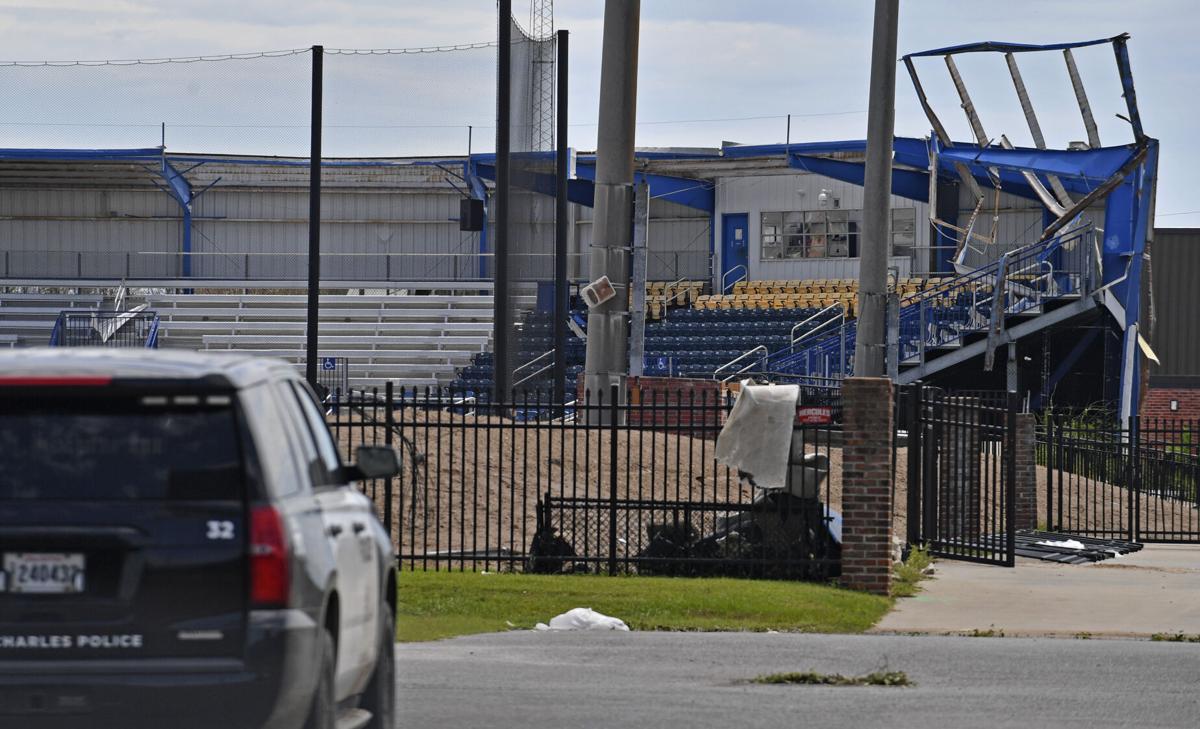 McNeese State University is facing mighty challenges, most recently because of devastation inflicted Aug. 27 by Hurricane Laura. But the campus is not facing its problems alone.

The University of Louisiana System Office said and McNeese confirmed this week that many regional campuses, including those in the UL System’s constellation of nine universities, have either sent assistance to the Lake Charles school or are seeking ways to help McNeese get back on its feet. Among McNeese’s most enthusiastic supporters: UL Lafayette.

“It’s incredible to watch the other eight (universities) step up to help McNeese in various ways,” UL system spokesperson Cami Geisman said. The other system campuses — University of Louisiana at Lafayette, Southeastern University, Nicholls State, University of New Orleans, Northwestern State, Grambling State, Louisiana Tech and ULM — have either sent supplies to McNeese or have talked with the campus about how they can help, such as opening housing for McNeese students who were driven from their own student housing or by assuming some responsibilities for McNeese staff at their own respective campuses.

Other campuses have also extended themselves to McNeese in this time of need, including LSU, which sent the first truckload of supplies to the campus, and some of McNeese’s athletic competitors in the Southland Conference. More than 2,000 people have received supplies on McNeese's campus.

Geisman said a systemwide memorandum of understanding was expected to be approved by Friday to allow McNeese students to move into available dorm space on other campuses. Classes — all offered online only, so they can be taken from anywhere — may resume as early as next week, but moving to other campuses might give students the chance to use resources — libraries and computer labs — at other campuses that were less affected by Laura, a Category 4 storm that landed with winds in the vicinity of 150 mph.

Laura’s storm path, Geisman said, affected many of the system’s campus, including Northwestern State in Natchitoches; Grambling State and Louisiana Tech in Lincoln Parish; ULM and a branch campus at Fort Polk. But no one sustained the damage — primarily caused by winds — inflicted on McNeese.

“It was gut-wrenching to see the damage,” said Geisman, who visited the campus a few days after the storm. She described roof damage all around the campus, broken windows, and substantial damages to agricultural sites and athletic facilities.

Candace Townsend, director of public information at McNeese, said students were evacuated in advance of the storm, although some university officials stayed on campus. There were no injuries.

Some international students were taken to evacuation sites and some remained in hotels in New Orleans this week. No students remain on campus, although some have volunteered to distribute supplies sent to the campus.

Townsend said she weathered Hurricane Rita at McNeese in 2005 and said that preparations and recovery appear to be well ahead — perhaps a month ahead — of the recovery pace for that storm.

“We have crews on the ground and remediation people in place,” Townsend said. “We have an aggressive remediation and rebuild plan. We have multiple contractors working simultaneously on restoration and repair and damage.”

Federal Emergency Management Agency workers and National Guard workers continued to push through the campus, building by building. Crews had put tarps on all damaged roofs, broken windows were secured and debris was being removed.

Townsend said the goal is to get dorms and apartments restored, move students back to campus and get online classes running. Before the storm, she said, classes were offered in a variety of formats, some using some combination of remote and face-to-face instruction.

Gavin Labiche, a graduate student in English literature, said he’s not fond of online instruction but students knew that, due to COVID-19 restrictions, the fall semester would be an unusual one.

Labiche, who is also Student Government Association president, said that the SGA “double planned” its schedule and events for COVID, either for in-person meetings or for virtual meetings. That flexibility will help McNeese students weather the semester successfully.

“The hurricane made things worse,” he said, because the housing situation changed for students, faculty and staff. He said his family’s home in Moss Bluff, north of Lake Charles, sustained damage and, since classes were suspended, he’s had to tend to duties on campus and at home.

“I’ve been to all my classes about once,” he said, before classes were canceled for the hurricane. He said the uncertainty has many students anxious about how the semester will play out. But he said the administration and faculty has committed to being flexible with students as they return to studies.

He said the SGA may plan for some fun events near the end of the semester. But for now, he said, it's most important to make sure students' academic and living needs are met.

The Lake Charles gambling market could start reopening as early as next week after being shut down since August 25 by Hurricane Laura.