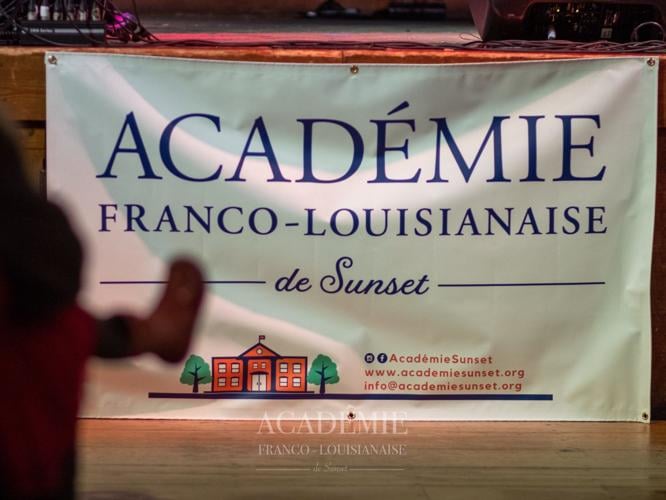 Académie Franco-Louisianaise de Sunset, a French immersion charter school, has pushed its opening date back to August 2021 after delays caused by the novel coronavirus pandemic. 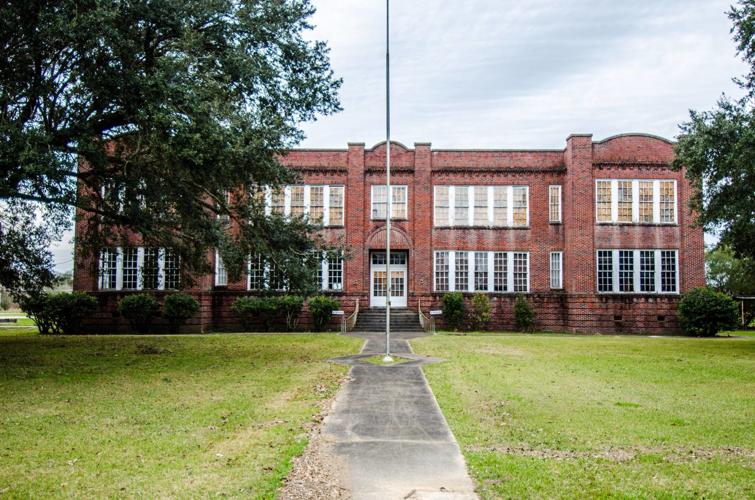 The former Sunset High School is the planned future home of the Académie Franco-Louisianaise de Sunset, a French immersion charter school aiming to open in August 2021.

Académie Franco-Louisianaise de Sunset, a French immersion charter school, has pushed its opening date back to August 2021 after delays caused by the novel coronavirus pandemic.

The former Sunset High School is the planned future home of the Académie Franco-Louisianaise de Sunset, a French immersion charter school aiming to open in August 2021.

Students and teachers are hoping for a return to normal schooling in August after closures caused by the novel coronavirus. But the team at Académie Franco-Louisianaise de Sunset is setting their sights on 2021 after voting to delay the opening of the St. Landry Parish French immersion charter school.

The school’s board voted at its April 7 meeting to delay opening to August 2021 after originally planning to launch with kindergarten and first grade classes this fall. The novel coronavirus delay is the most recent in a series of hurdles the school’s team has faced while attempting to open over the last four years.

The group first received Type 1 charter approval from the St. Landry Parish School Board in 2017, but a tight gap on the allowed student population from St. Landry left the stakeholders at odds. The board put out feelers to expand enrollment to other Acadiana parishes, but were denied by local school boards, school leader Lindsay Smythe Doucet said.

A Type 1 charter allows the school to be autonomous but still under the oversight of the St. Landry Parish School District.

After mulling a Type 2 charter application with the Louisiana Board of Elementary and Secondary Education in 2018, the board opted to apply with St. Landry again in 2019. They were approved at the board’s Oct. 3 meeting, without enrollment limitations, and things seemed to be on their way, she said.

Then the novel coronavirus pandemic struck.

Suddenly prospective parents struggled to collect their children’s records from closed schools and teacher recruiting trips by the Louisiana Department of Education and Council for the Development of French in Louisiana to French-speaking countries and regions halted.

It felt dangerous to bank on employees that may not be able to travel to Louisiana from their home nations with barely three months to opening. Everything was thrown into uncertainty, Doucet said.

While disappointing, delaying the school’s opening became the most responsible decision, she said.

“We could’ve crossed our fingers and hoped and then maybe everything would have been fine, but how do you hinge a child’s education on a hope? That’s not our model,” Doucet said.

“We wanted to make a responsible choice, and even though we knew we were going to disappoint families that had already applied and started planning to be with us next year, it made far more sense to make the decision now and show we care about the health of your child and the well being of their teachers,” she said.

The school is exploring adding second grade for the eventual August 2021 opening. Doucet said the idea is being floated to serve families who intended to enroll their children in the school’s first grade this fall, but the Académie team is still exploring the proposal’s viability.

Second grade is considered late immersion for most programs and with standardized testing beginning in third grade, there’s concern about setting the students back or overburdening them, she said. The idea is being studied and the Académie is looking to other immersion programs’ results for guidance.

The extra time will allow the charter team to evaluate the efficacy of their recruitment efforts. Before the virus shutdown, the school had about 57 applicants for 96 spots through online recruitment and a few parent interest sessions. Fliers were scheduled to go out to St. Landry public school parents the week after the mid-March closure was announced, she said.

Doucet said she’s confident the school would have reached capacity if the novel coronavirus hadn’t derailed applications. Now, there’s time to assess what was working and make changes, especially if the Académie must continue to lean on online recruiting because of COVID-19, she said.

The school leader said fundraising efforts are also up for review. The charter is responsible for all startup funding, and while some support could come from the Charter Schools Program Grant and similar programs, outside funding is still required. While a pandemic isn’t the best time to raise funds, having an additional 12 months to take stock of the new funding landscape will be helpful, Doucet said.

The pandemic has also exposed weak points the school team may need to consider, she said.

“As much as I hate that this happened, it’s going to give us a better chance to be prepared for our future students. It’ll also give us a chance to evaluate – what if we have to look into the future of some type of online or more technological teaching? All these things that we hadn’t thought about, because no one had thought about it and no educational system was prepared for this, luckily we have time to be more prepared,” Doucet said.

The school’s facilities plans remain the same. The team still plans to purchase and renovate the First Baptist Church of Sunset on Napoleon Avenue as the school’s first home while plans are finalized to revitalize the former Sunset High School building. The historic building is owned by the town of Sunset and would be leased, she said.

Stephen Ortego, an architect and member of the school’s advisory council, said his main concern with the novel coronavirus delay is the adjusted timeline for rehabilitating the Sunset High property. The 1920s building has been vacant for years and the longer it’s uninhabited, the more it decays, he said.

The city has made some effort to stabilize the building, but the sooner restoration work can begin the better. Even if the Académie were opening in the fall, the Sunset High construction project would be at least another year from starting, Ortego said.

The building is on the National Register of Historic Places and could qualify for rehabilitation funding under the State Commercial Historic Tax Credit program, but the state program is set to sunset at the end of 2021, possibly creating a funding gap if the credit program isn’t renewed, he said. Whether that program continues needs to be factored into their funding and construction plans, Ortego said.

Doucet said the team hasn’t been swayed by the new hurdles they’re facing.

“It was certainly a disappointing moment, especially thinking about our future students, but for most of us we just said onward and upward. This is going to give us more time to be prepared and be better, and to prove to St. Landry Parish that they made a good decision betting on us,” she said.

Immersion programs at some Acadiana schools at risk as Trump order bars teachers from entering U.S.