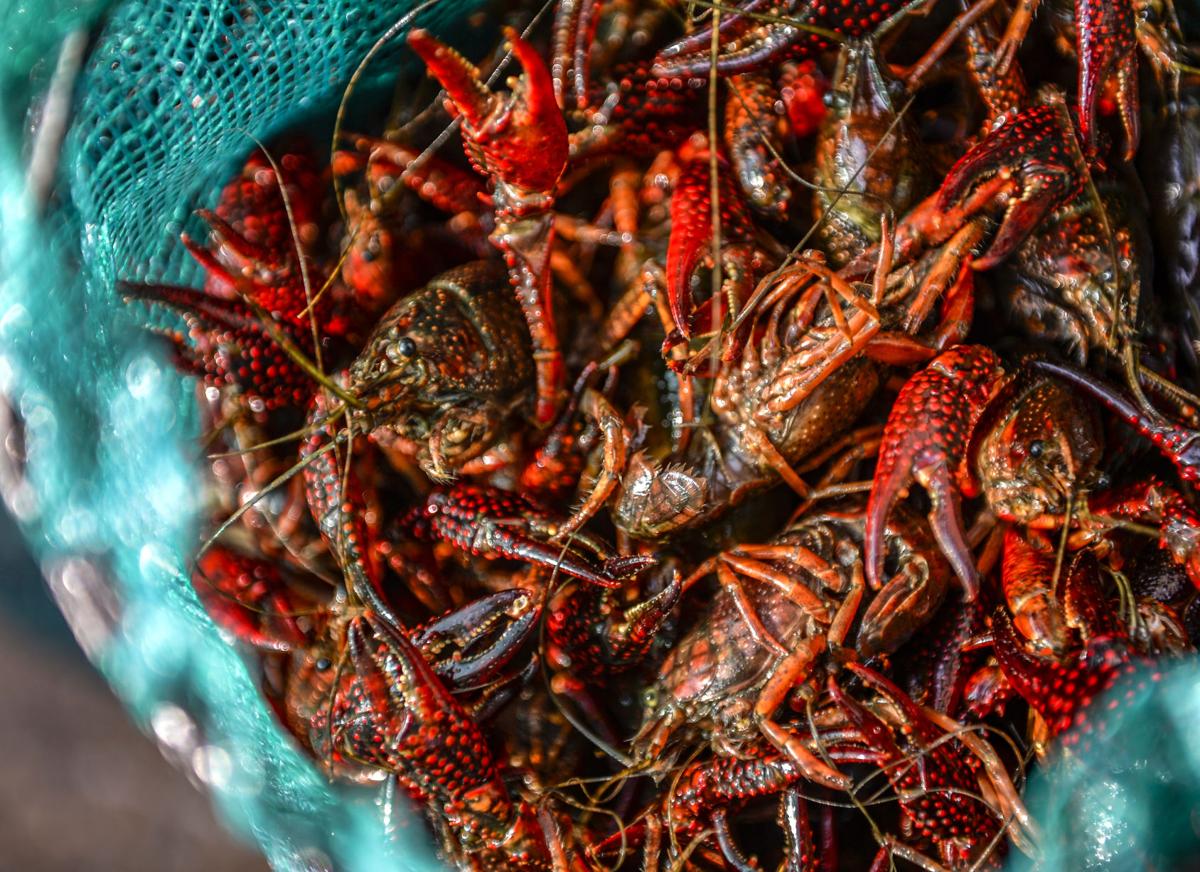 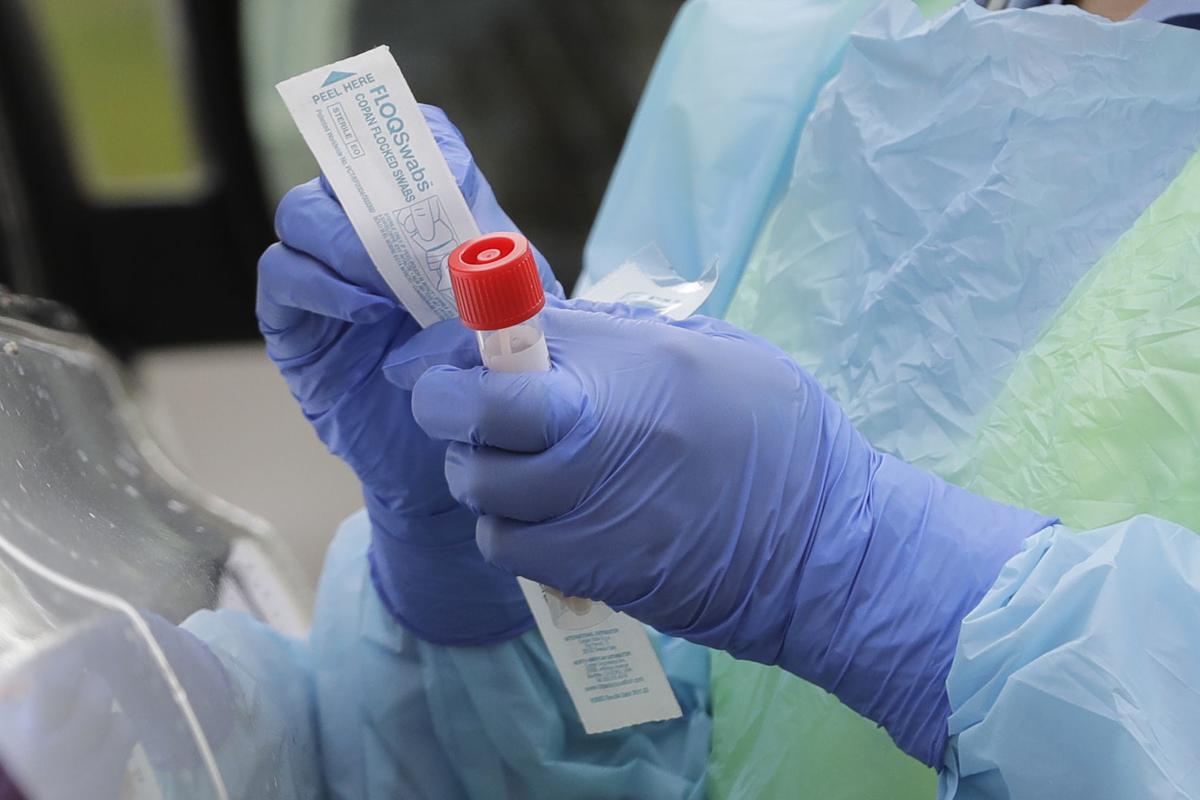 Two women from Mexico who worked on temporary visas at a Crowley crawfish processing plant allege in federal complaints they caught the coronavirus at work and were fired for leaving the job site to go to the hospital.

One of the company's owners, a native of Acadiana, disputes the allegations, saying the women may be angry because they quit and weren't paid, as were other workers, for the two weeks the business closed in May when COVID-19 struck the staff.

State health officials are not releasing the number of Acadia Processors employees who tested positive for COVID-19. Dr. Tina Stefanski with the Louisiana Department of Health's Acadiana region, in mid-May reported clusters of cases at three businesses, two in Acadia Parish and one in Lafayette Parish.

She said Wednesday a "significant number" of the company's employees tested positive.

The state health department publishes online the number of confirmed cases for each census tract in the state. On April 20, state officials reported 20 confirmed COVID-19 cases or the census tract where Acadia Processors is located. By May 17, it jumped to 51 cases. A week later, on May 24, the state reported an additional 59 cases in that census tract, bringing the total to 110. The latest report puts it at 120 confirmed cases, an increase of 100 cases since April 20.

The ongoing outbreak of coronavirus cases in Acadia Parish continued Tuesday, with the state reporting an additional 96 cases there. The new c…

Julie Pitman, a legal fellow with Centro de los Deechos del Migrante in Baltimore, Maryland, filed complaints against Acadia Processors of Crowley with the Occupational Safety and Health Administration and National Labor Relations Board on behalf of Reyna Isabel Alvarez Navarro and Maribel Hernandez Villadares, according to documents she supplied to The Acadana Advocate.

The women, according to the documents, arrived at Acadia Processors on Jan. 30 on H2B temporary work visas, both electing to pay $50 a month for housing at or near the work site where  around 50 women shared a kitchen and bathroom and eight women shared a bedroom equipped with bunk beds, putting them "in extremely close contract (with co-workers) throughout the night."

In the processing plant, Navarro's statement reads, "I worked elbow-to-elbow with my co-workers for nearly 12 hours a day in a cold, unventilated space," without protection such as face masks, even after some employees showed symptoms of COVID-19 in March. By May, she said, nearly half the H2B workers, including her and Villadares, had symptoms.

Supervisors, they said, in early May put workers on quarantine, not allowing them to leave the property. Both women said their health declined as they were hit with fever, coughs and had difficulty breathing. Both alleged they feared they would die without medical assistance.

On May 15, the documents state, the company held an employees' meeting to explain they were moving COVID-19-positive H2B workers to another site for quarantine, with food and medical care to be provided. The women said they didn't believe medical care would be provided fast enough, if at all, and feared they might die, so they packed their bags and went to the hospital.

A supervisor, Pitman wrote, immediately fired the women and said they would be reported to immigration officials.

"Reyna and Maribel's experience highlights what many essential workers already know: employers aren't doing enough to keep workers safe during the COVID-19 pandemic," Pitman said in an email Wednesday. "Now, more than ever, it's critical that OSHA issue an Emergency Temporary Standard to create enforceable protections for essential workers."

Scott Broussard, who described himself as one of several owners of Acadia Processors, said Wednesday he was unaware of the complaints. No one was fired from the company, he said, but some left and did not return.

"We have 100 employees with that company," he said. "It’s amazing that you have two that will say that. We have 98 of them that are here working today that have said, ' thank you for taking care of us."

Company officials met with employees in small groups to answer questions about the virus, Broussard said. The company couldn't locate masks for employees, so he had 500 masks made for employees. When workers came down with symptoms, he said, he met with Stefanski  and her staff and implemented their recommendations.

"I can tell you we took every precaution that we possibly could," he said. "I do everything in my power to secure and take care of these people because I care about them. I care about each and every person employed by me."

Broussard conceded there are a lot of women staying in two houses, which are not operated by Acadia Processors, he said, so it's difficult to social distance. But once he realized the virus was present, he arranged for all employees to be tested, at no expense to the employees, paying $10,000 to do so, he said.

"I paid that out of my pocket," Broussard said. "Without these people, I couldn't run my business."

Broussard said he worked closely with state health officials to find alternate housing, apparently at a Louisiana state park, where those testing positive could stay quarantined and receive medical care and other services.

"All have recovered," he said. "They're all in good shape. They're all back to work and happy and thankful."

Stefanski said Wednesday she verifies and validates that Broussard "was fully cooperative," calling LDH countless times to make sure he was following state and CDC guidelines.

"He followed all our recommendations to the T," Stefanski said. "He communicated with us quite frequently. He took steps to protect his employees and the community. He was really a model of what an employer should do in that situation."

A popular Baton Rouge-based bakery and doughnut shop will open a location in Henderson near the Cajun Palms RV Park.

LessPay Motel torn down; Check out these photos from the inside before the demolition

The old LessPay Motel was demolished Wednesday afternoon, the big initial step before construction of the Bottle Art Lofts at the corner of Ca…

Target will raise its starting employee pay to $15 an hour at all its stores, including its two Lafayette stores, company officials announced …

2 Sisters' Salsa will break ground on an 10,000-square-foot expansion project at next week at its Avoyelles Parish facility.

Lafayette native and resident Robert Dafford has painted more than 400 public works of art in the United States and abroad.

The Louisiana Department of Health will not release updated coronavirus data on Thursday, according to a noon update.