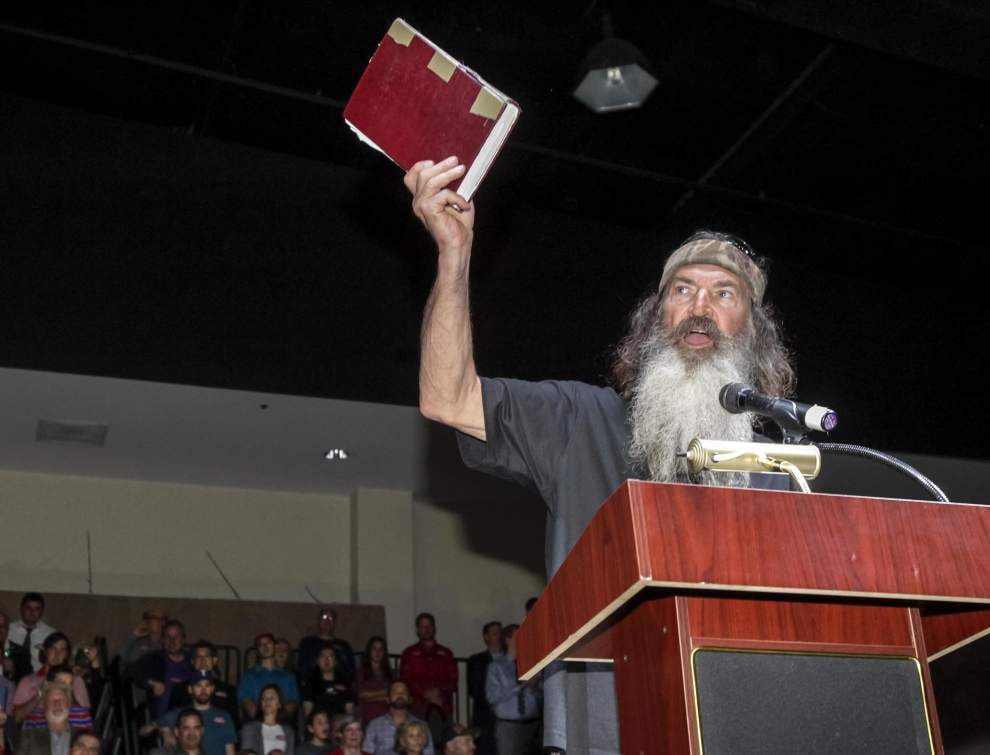 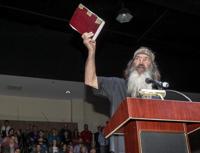 Advocate staff photo by SCOTT THRELKELD  Phil Robertson of Duck Dynasty waves the Bible as he speaks during a rally for Republican presidential candidate Ted Cruz Friday, March 4, 2016, at the Castine Center in Pelican Park near Mandeville, one day before the Louisiana presidential primary. 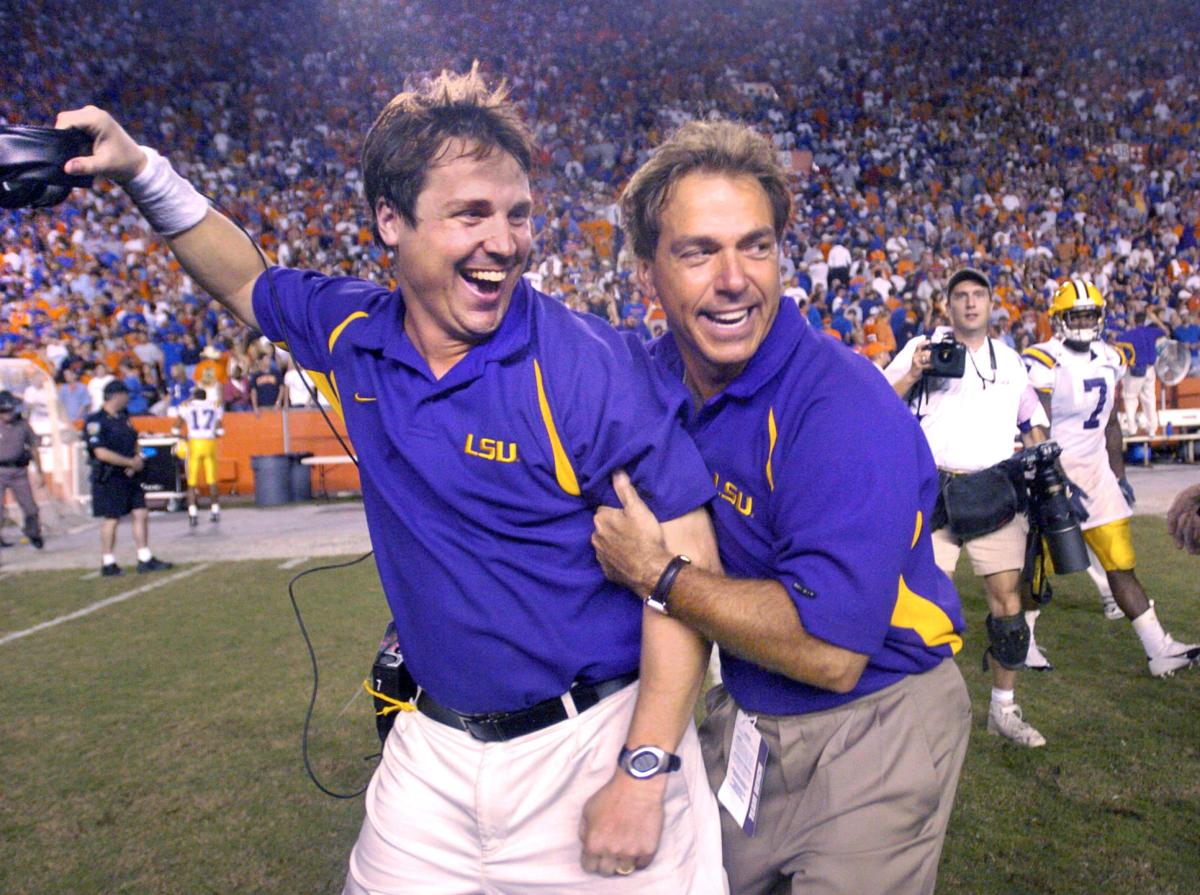 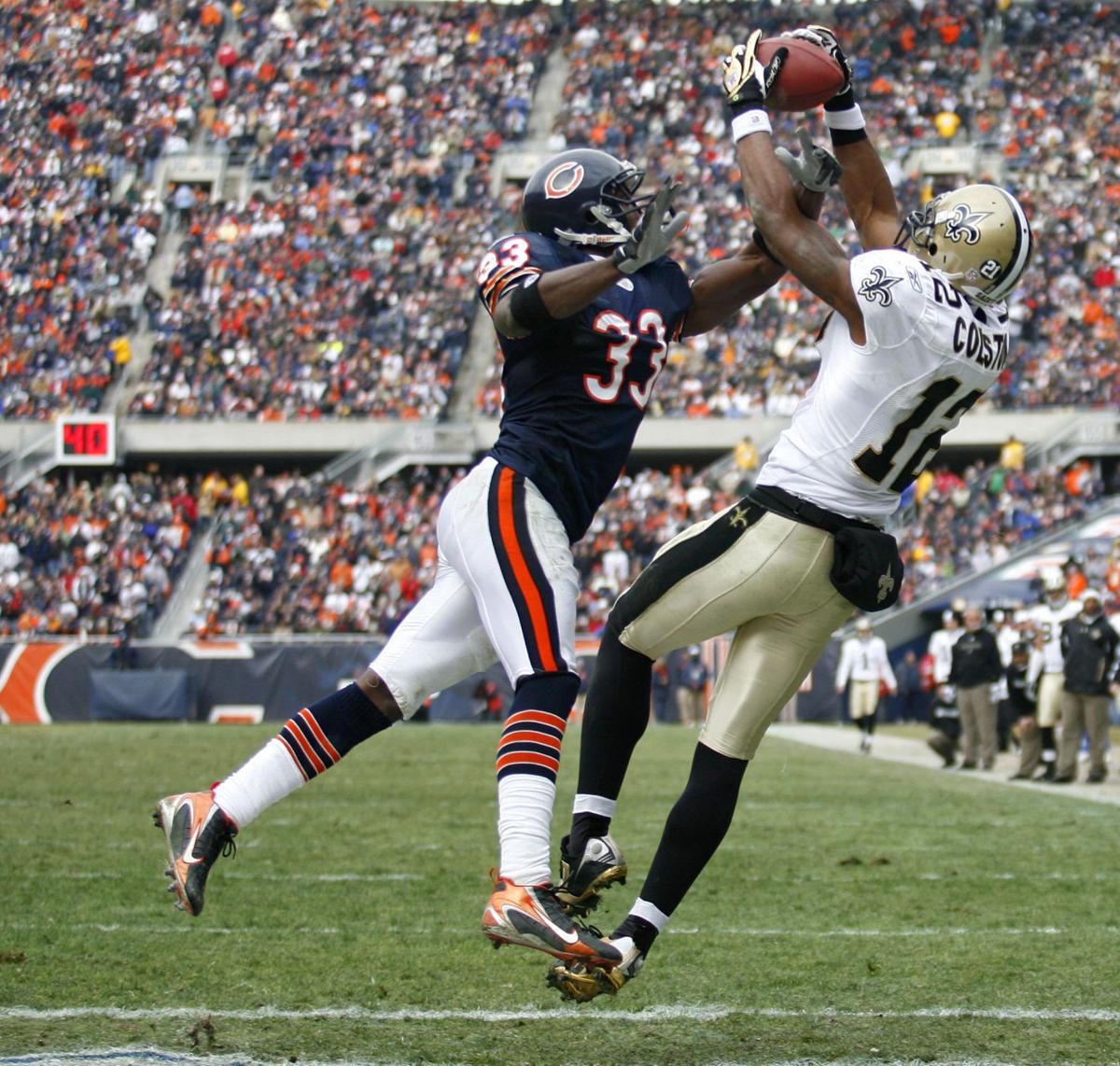 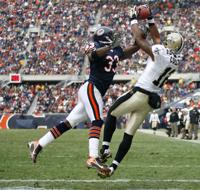 Advocate staff photo by SCOTT THRELKELD  Phil Robertson of Duck Dynasty waves the Bible as he speaks during a rally for Republican presidential candidate Ted Cruz Friday, March 4, 2016, at the Castine Center in Pelican Park near Mandeville, one day before the Louisiana presidential primary.

NATCHITOCHES — The 2020 Louisiana Sports Hall of Fame induction celebration slated June 25-27 has been rescheduled for Tuesday, Dec. 15 through Thursday, Dec. 17, according to a news release.

LSHOF Foundation CEO/president Ronnie Rantz, Hall of Fame chairman Doug Ireland and Louisiana Sports Writers Association president Lenny Vangilder made the announcement Friday morning. The LSWA founded the Hall in 1958 and has been its parent organization since.

The move follows the rescheduling of the LSHOF Foundation’s annual Golf Classic presented by Relief Windows to Oct. 4-5 at the Golden Nugget Casino and golf course in Lake Charles. That event was initially slated for April, but consequences of the COVID-19 pandemic forced a delay.

“Due to the uncertain times we are facing, it’s in the best interest of the 2020 inductees and all of their supporters to move the events until late this year,” Rantz said. “Although we are disappointed in having to delay celebrating this fantastic class during the normal summer weekend, we are very excited about hosting the three days of festivities in the middle of December, when Natchitoches truly shines brightest as the City of Lights.”

Rantz and Ireland expressed appreciation to city and parish officials, Louisiana State Museum personnel, Lt. Gov. Billy Nungesser, and leadership and staff at Northwestern State University, along with other local partners and volunteers who make the induction events possible each year.

“Thanks to those who are vital to making our induction celebration so spectacular every summer, we’re captivated by the unprecedented chance to bring the Christmas beauty and charm of Natchitoches into our celebration,” said Ireland. “We foresee that the holiday joy that our guests will encounter can more than compensate for the disappointment of having to postpone our traditional dates on the last weekend of June.”

The 2020 Louisiana Sports Hall of Fame induction class will be celebrated with the usual three-day slate of events culminating in the annual induction dinner and ceremonies on Thursday evening, Dec. 17, at the Natchitoches Events Center.

The press conference and a free public reception from 5-7 at the Louisiana Sports Hall of Fame and Northwest Louisiana History Museum, located at 800 Front Street, are presented by La Capitol Federal Credit Union.

Wednesday’s schedule begins around lunchtime with the Hall’s Bowling Bash pairing 2020 inductees and more sports celebrities, including past inductees, with patrons at Four Seasons Bowling Center in Alexandria.

Wednesday evening, the third annual Rockin’ River Fest presented by Rapides Regional Medical Center will feature bands and fireworks over Cane River Lake in historic downtown Natchitoches in a free concert. The 2020 induction class will be introduced just before the fireworks show.

Thursday morning, the Louisiana Sports Hall of Fame Junior Training Camp, presented by the Natchitoches Parish Sheriff’s Office, will be held on the Northwestern State campus with 300 youth participating at no charge. Hall of Fame inductees will be the featured instructors for drills in football and basketball while healthy living initiatives and other positive lifestyle messaging will be presented to boys and girls.

Opelousas native Joan Cronan, one of college sports’ most influential administrators in her career as athletics director at the University of Tennessee, will be inducted as the Dave Dixon Louisiana Sports Leadership Award winner.

Enshrined as the first recipient of the Louisiana Sports Ambassador Award will be Shreveport-based broadcaster Tim Brando.

Information about all 2020 LSHOF Induction Celebration activities, including admission for all ticketed events, along with congratulatory advertising and sponsorship opportunities, is available through the LaSportsHall.com website.

Area museums and other tourist destinations aren't rushing to embrace life after lockdown.