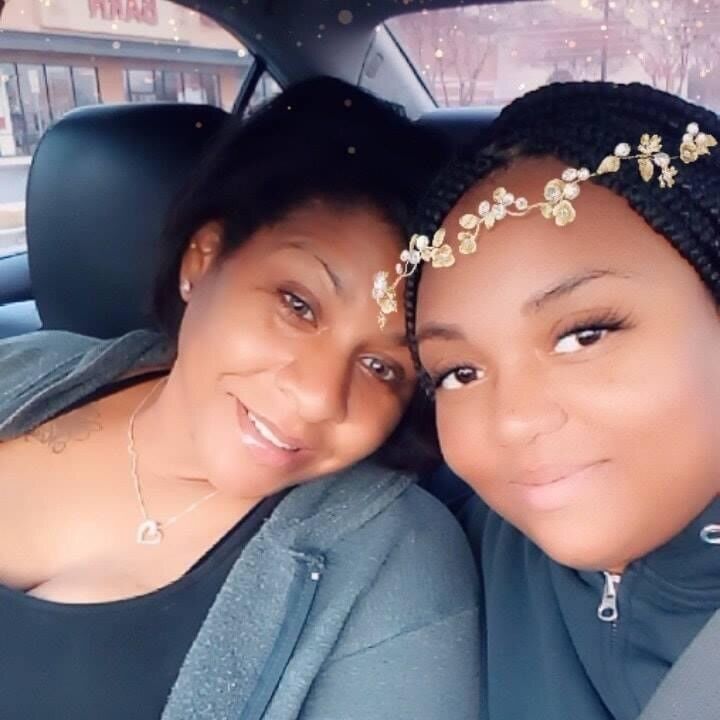 Josepha Morgan, left, is pictured with her daughter, Kayla Scott. Morgan has recently recovered from COVID-19, and Scott is fighting for her life in a Baton Rouge hospital. 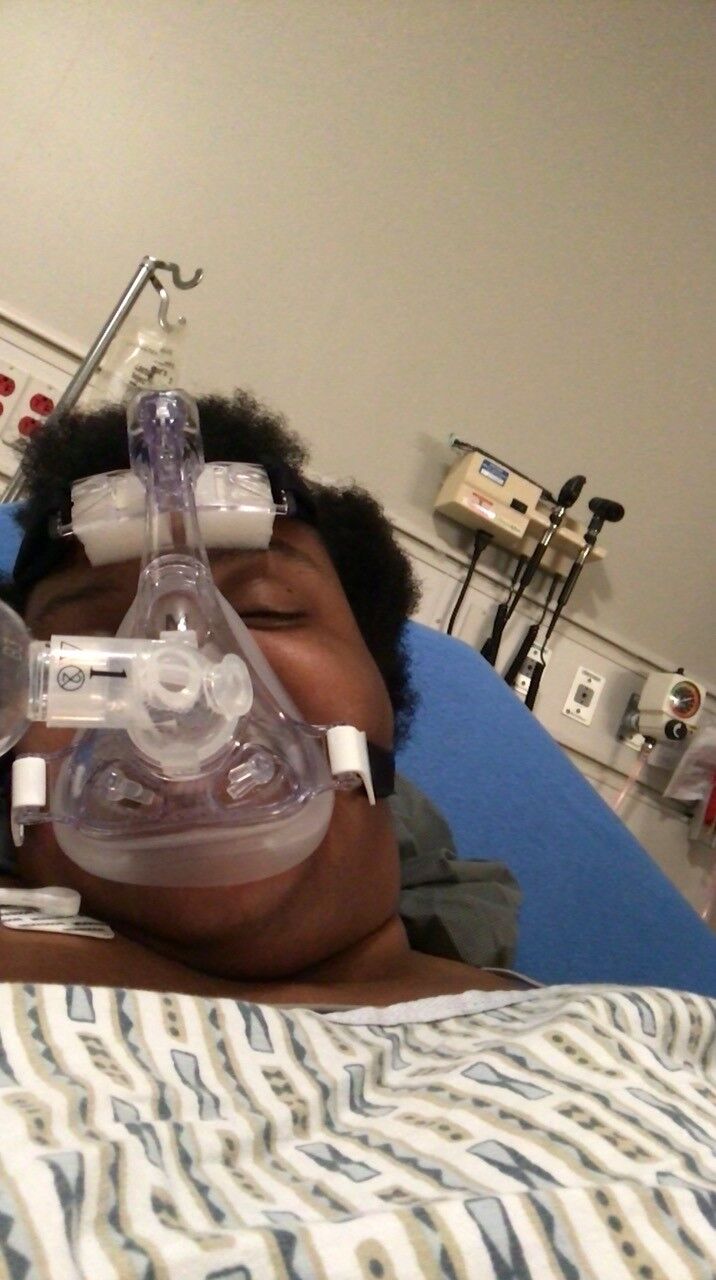 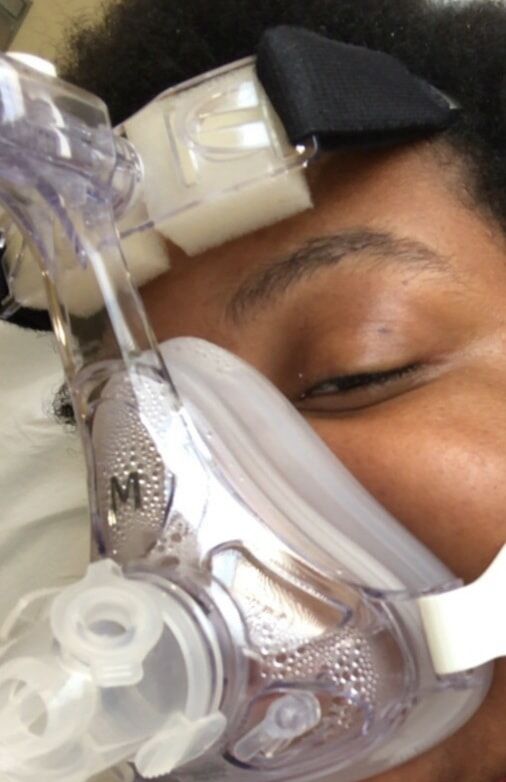 Josepha Morgan doesn't want another parent to go through what she's experiencing as her 20-year-old daughter is fighting for her life in a hospital overwhelmed by COVID-19 patients.

The Broussard mom, who recently recovered from the virus, received word Tuesday evening that her daughter couldn't breathe and was en route via ambulance to a Baton Rouge hospital. Kayla Scott had sought hospital treatment for her coronavirus symptoms two days prior when her mother noticed how winded Scott sounded during a phone call. Scott was treated Sunday with steroids, IV fluids and antibiotics but was sent home after a chest X-ray revealed just a spot of pneumonia, Morgan said.

For the third day in a row, Louisiana hospitals reported record-breaking numbers of coronavirus patients, with 2,350 hospitalized across the s…

A chest X-ray Tuesday night revealed the pneumonia had spread to the entire lung.

"She was nonresponsive when she got there," Morgan said Wednesday. "She was very incoherent."

Morgan learned her daughter was on 100% oxygen on a noninvasive ventilator known as a BiPap in the emergency department of Baton Rouge General because there were no ICU beds available. Her medical team wanted to intubate her on a mechanical ventilator, but they could not do so until a new ICU wing was constructed at the crowded hospital, Morgan said.

It took about 16 hours for Scott to be transferred from the emergency department to an ICU room.

"My kids have never been in the hospital without me," Morgan said. "When my kids are sick or have to go to the emergency room, they are big babies and I am momma bear. I'm very involved in their care."

Scott had been hospitalized twice in her life before this week, her mom said. Scott weighed just 1 pound, 11 ounces at birth and was on a ventilator for the first two months of her life. She was later hospitalized with respiratory syncytial virus, or RSV, as a toddler.

Now, Morgan is having to rely on occasional updates from hospital staff that is overwhelmed with more patients.

"I don't know what's going on. That's the hardest part for me," Morgan said. "I wouldn't dare call and pester them because I know they're slammed. I don't want to stop them from what they're doing."

Watch: Shreveport ICU nurse pleads for people to get vaccinated in emotional video

A Shreveport ICU nurse has taken to social media, pleading for others to get vaccinated as the delta variant surges across the state, overwhel…

Scott lives in Baton Rouge with her uncle. She works at Flowers Bakery and cares for her 6-year-old cousin during his remote learning days away from school while her uncle works. She is in a serious romantic relationship and has been growing up and gaining independence, her mom said. Morgan said she usually talks to her daughter by phone multiple times per day.

"Kayla is very carefree and chipper," Morgan said. "I see myself in her. I can see a lot of qualities that I have in her."

Scott is Morgan's oldest child. Morgan has 17- and 13-year-old sons who live in her home and a 19-year-old son who moved out. She also lost two daughters years ago after their premature births.

"Are all my girls going to be taken away?" Morgan said, her voice breaking. "Am I not going to experience my daughter getting married or childbirth? That's where my mind is, just going off on these tangents."

Morgan and Scott each became sick with COVID-19 separately in July, and Morgan believes she contracted the virus from her 17-year-old son, who at the time worked for a restaurant where she claims employees were told not to wear masks and were not informed when staffers became sick with the virus. Morgan and her husband also became sick, but her 13-year-old son never experienced symptoms and tested negative for COVID-19.

Scott and her uncle, who had not been in the same vicinity as the rest of the family, became sick and tested positive for COVID-19 soon thereafter. The 6-year-old in the home was quickly moved to another household and has remained free of symptoms of the virus, Morgan said.

"I just want people to know COVID is here," Morgan said. "It's at our doorsteps. It doesn't care what you think, what you believe, how you feel, what you heard. It's here. The only thing that's going to protect you, or increase your chance of beating it, is to get vaccinated, social distance, wear a mask and protect yourself."

As new COVID strain rages, a look inside a packed Louisiana hospital: ‘We haven’t had many wins’

HAMMOND — Kim Schehr didn’t believe she was at much risk of getting sick with COVID-19 when she left for a family vacation to Florida in July.

Neither Morgan nor her daughter are vaccinated, although they had been taking other precautions to avoid becoming sick. Morgan said she made a vaccination appointment at a grocery store pharmacy at the end of June but was turned away when she did not have an insurance prescription card.

"It was a little frustrating," Morgan said. "It took me months to decide to do this, and then we were turned away."

As the delta variant spread rapidly in early July, Morgan decided to make an appointment at a different pharmacy to get her family vaccinated. Her 17-year-old tested positive for the virus the same day as the appointment.

Scott fretted over her family's health when she learned they had tested positive for COVID-19 and said she wanted to get vaccinated but had to find a time that didn't conflict with her work schedule. Scott became sick before she could get vaccinated.

"Last year, I remember people saying this wasn't happening here," Morgan said. "They said it was out of the country or out of the state or even in a different part of the state. People don't think it's here. There's a disconnect."

Morgan said she knows firsthand what's happening in Acadiana after seeking medical treatment herself for COVID-19 last month. She went to an urgent care facility, where she was referred for a monoclonal antibody infusion. Although the infusions are most effective within 24 to 48 hours after symptoms begin, the demand was so great in mid-July that Morgan could not get an appointment for the infusion until five days later, she said.

See inside a Lafayette hospital as COVID rages on: 'We had a glimmer of hope. That hope now is gone'

Morgan became short of breath on July 19, three days after the urgent care visit and two days before her scheduled antibody infusion. She then sought emergency care at Our Lady of Lourdes Regional Medical Center that evening, where she waited for about three hours, got the antibody infusion and was discharged later that night.

Those hours in the hospital were a wakeup call for Morgan about how serious the COVID-19 situation has become as the delta variant spreads uncontrollably and younger people experience worse outcomes. The hospital workers were overwhelmed even then, before cases spiked to record levels this week.

"Patients were coming in with COVID, not being able to breathe," Morgan said. "And they would say, 'We're surging this one. We're surging this one.' And, at one point, the ER doctor kind of had a meltdown. Apparently people were calling to see if they had beds, and they were told no. And people were still showing up at the emergency room, and the doctor lost it for a second. He's like, 'Why the f--- would you pass up three hospitals just to come here? We told them to go to the Heart Hospital because they have room there, and they still decide to come.' He was p----d."

Now with the hospitals even more overwhelmed, Morgan waits for updates about her daughter. She's also funneling her energy into educating her friends, family and community about the reality of what's happening as COVID-19 hospitalizations reach an all-time high. Morgan said several people have decided to get vaccinated in recent weeks because of her advocacy.

"One of the things that has changed a lot for us is that we're a lot more careful around the house now," Morgan said. "My son helps me cook. He wanted to julienne some carrots, and I said, 'Nope, we're not going to have an accident.' We're doing things safer around the house to avoid boo boos. We don't want to have an emergency trip to the hospital because you're going to be waiting while the more acute patients are seen."