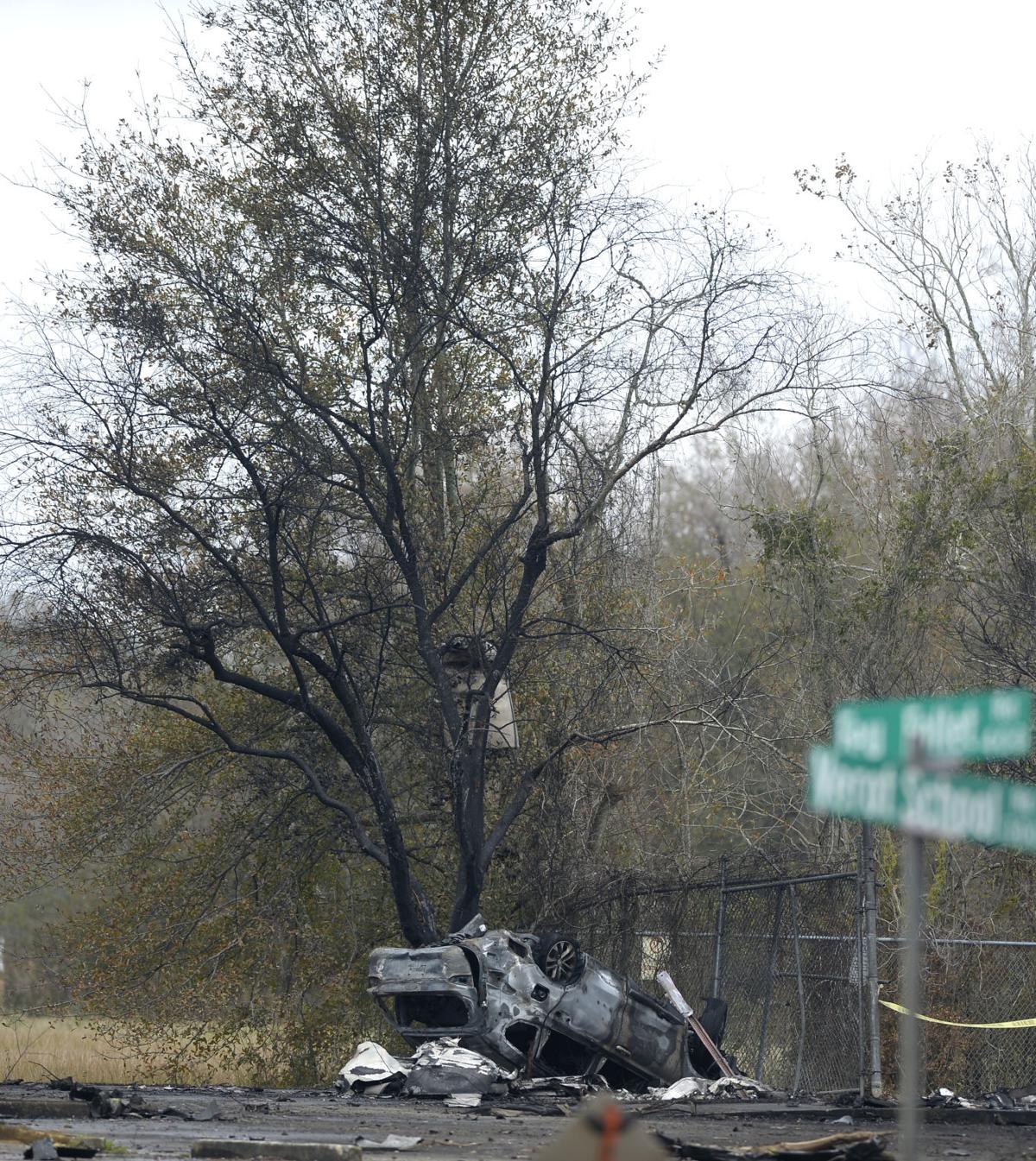 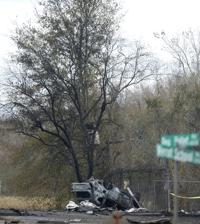 A destroyed car can be seen after a small plane crashed near the post office on Feu Follet Road on Saturday, Dec. 28, 2019, in Lafayette. 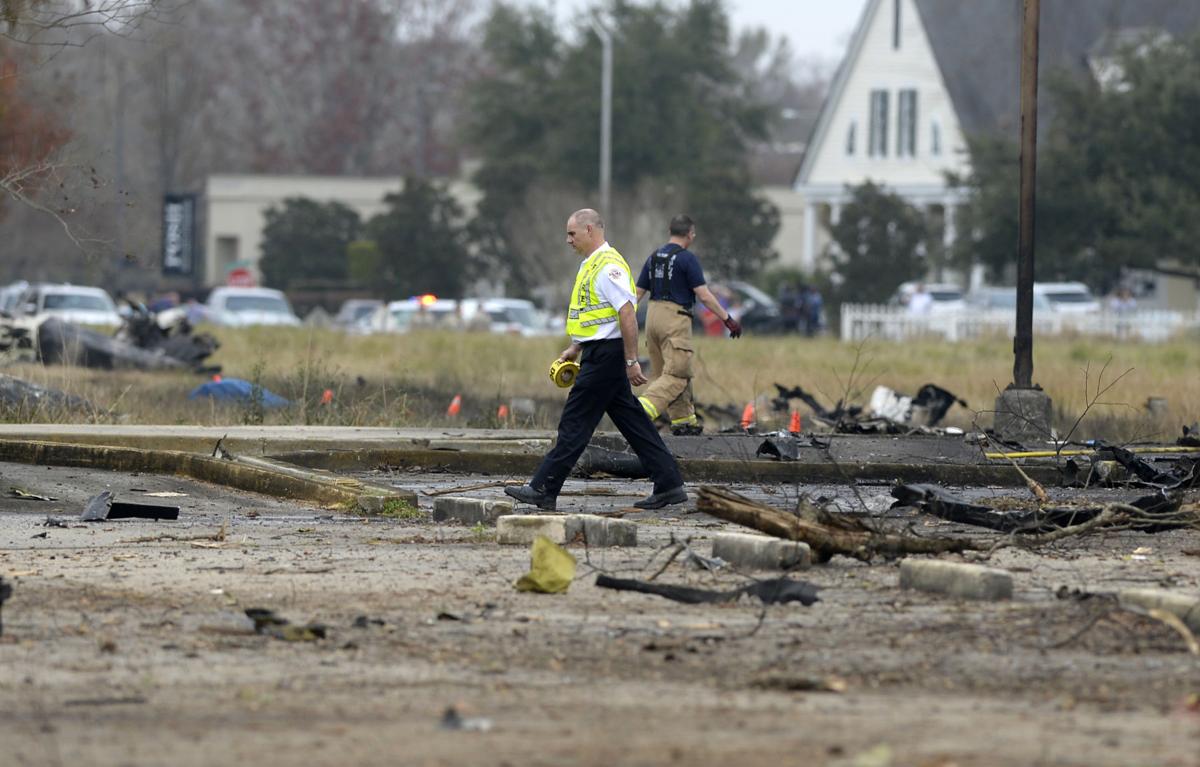 Members of law enforcement work the scene after a small plane crashed near the post office on Feu Follet Road on Saturday, Dec. 28, 2019, in Lafayette. 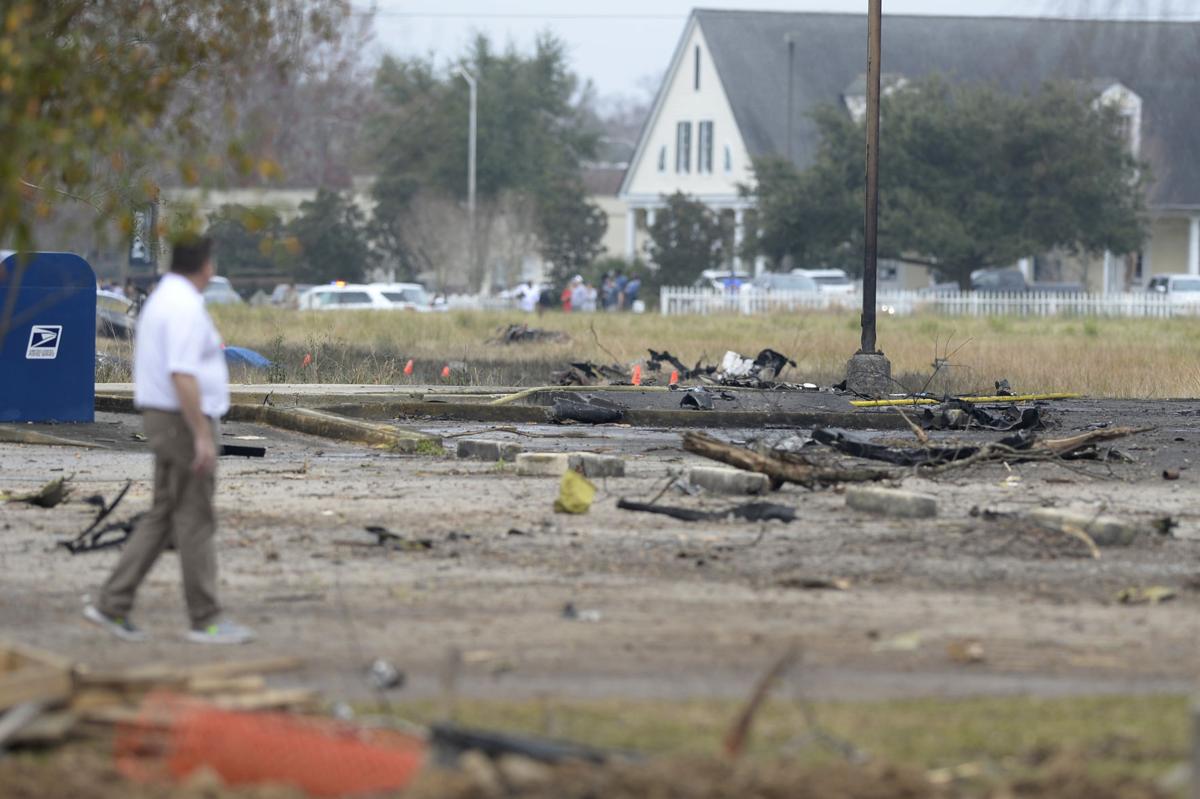 Debris covers the parking lot after a small plane crashed near the post office on Feu Follet Road on Saturday, Dec. 28, 2019, in Lafayette.

A destroyed car can be seen after a small plane crashed near the post office on Feu Follet Road on Saturday, Dec. 28, 2019, in Lafayette.

Members of law enforcement work the scene after a small plane crashed near the post office on Feu Follet Road on Saturday, Dec. 28, 2019, in Lafayette.

Debris covers the parking lot after a small plane crashed near the post office on Feu Follet Road on Saturday, Dec. 28, 2019, in Lafayette.

The survivors of two people killed when a small plane crashed in Lafayette in December on its way to Georgia to watch LSU play in the Peach Bowl, along with one surviving passenger and a survivor injured on the ground, have sued the owners, pilot and insurers of the plane.

Steven Ensminger Jr., the son of LSU's offensive coordinator, filed a lawsuit May 6 in Lafayette over the death of his wife, passenger Carley McCord Ensminger, a sports broadcaster.

As purple and gold confetti rained from the Mercedes-Benz Superdome late Monday night, Steven Ensminger Jr. took the opportunity to tell his l…

Steve Ensminger sat at the podium and solemnly surveyed the reporters he hadn't seen for some time.

Also suing for damages are the estate of deceased passenger Robert Vaughn Crisp II, 59, who was an executive at Global Data Systems, a technology company that was part owner of the plane and a defendant in the lawsuits.

Stephen Berzas, the only passenger on the plane to survive, and his family filed a lawsuit as well. Berzas sustained serious injuries, including burns over much of his body, and was released from the hospital in February.

Kristie Danielle Britt and family members also are suing for damages. Britt was in her vehicle near the U.S. Post Office on Feu Follet Road near Verot School Road when it was struck by the descending plane, flipping several times, landing on its roof and catching fire. She was burned over 30% of her body.

Only details from the Ensminger lawsuit are available at this time. In the lawsuit, attorney Jonathan Pedersen of New Orleans alleges the owners did not properly maintain the plane, operated the plane in unsafe and improperly loaded configuration, and employed as their pilot Biggs, who he alleges took off in less than ideal conditions and was not properly trained or experienced to fly in the conditions, including low visibility.

Five people, including the pilot, were killed in the crash.

St. Michael the Archangel High School has established a Memorial Scholarship in the name of alumna Carley McCord ’07.

Ensminger, who requested a jury trial, is seeking unspecified damages for the loss of his wife's love and affection, for his mental and emotional distress, for funeral expenses, and the mental anguish and pain his wife suffered between the time the pilot allegedly said the plane was "going down" and the time it crashed and caught fire.

According to the initial National Transportation Safety Board report issued in January, the twin-engine Piper turboprop plane took off from Lafayette Regional Airport. The flight crashed around 9:20 a.m., less than a minute after takeoff. The plane reached a peak altitude of 925 feet about 30 seconds into the flight. It was traveling about 198 miles per hour and rolled to the left, the report states.

The air traffic controller issued a low altitude alert at 700 feet, according to the report, but the pilot did not respond or send a mayday or emergency transmission.

The plane hit trees and power lines on the south side of Verot School Road and crashed into a roadway and through the Post Office parking lot. It was still intact when it hit the ground, leaving an 800-foot debris path, the report states.

The NTSB said at the time it may take 12-18 months to issue a final report.

The lone survivor of the Dec. 28 plane crash in Lafayette has been discharged from the hospital to continue recovering at home.

A preliminary report released by the National Transportation Safety Board on Tuesday offers little new information, but does provide some deta…

On the morning of Dec. 28, Wade Berzas was excited to be heading to Atlanta to watch the LSU football team play Oklahoma in the Peach Bowl.