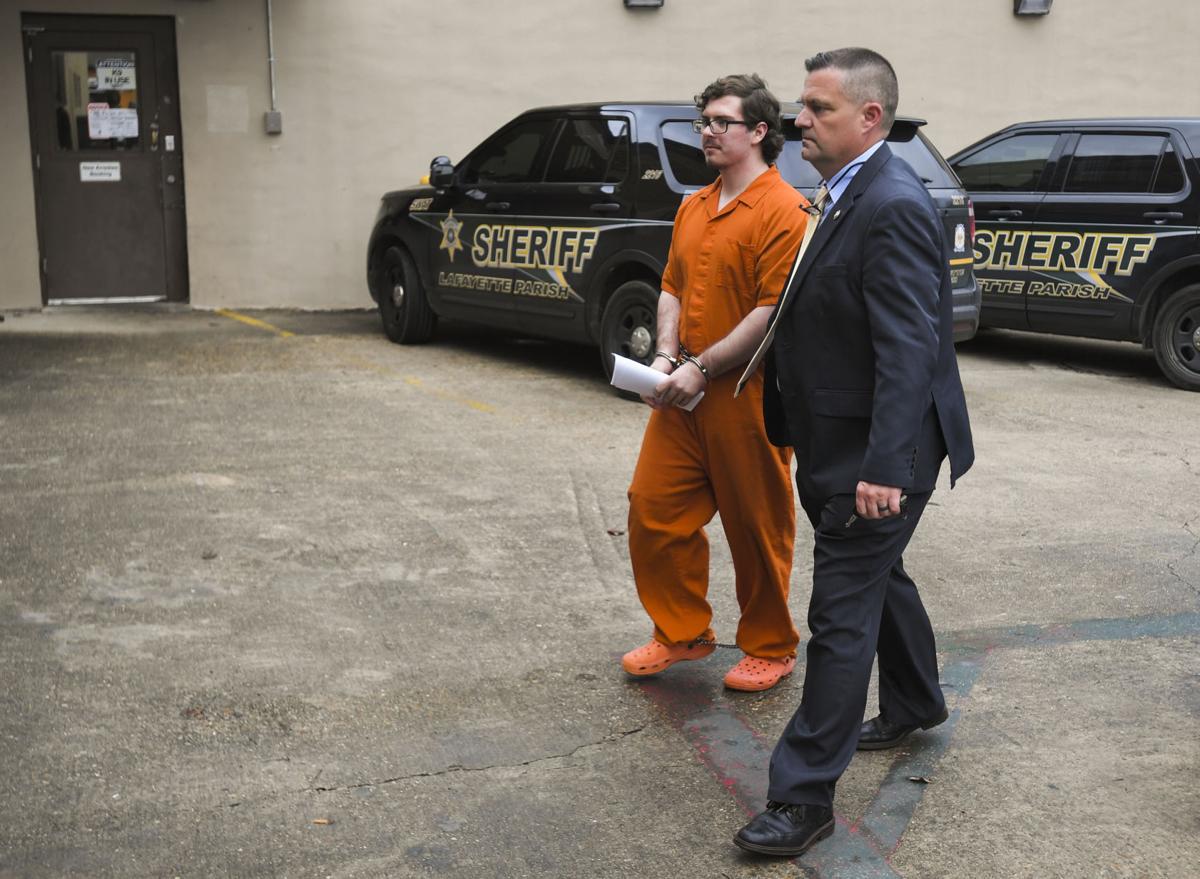 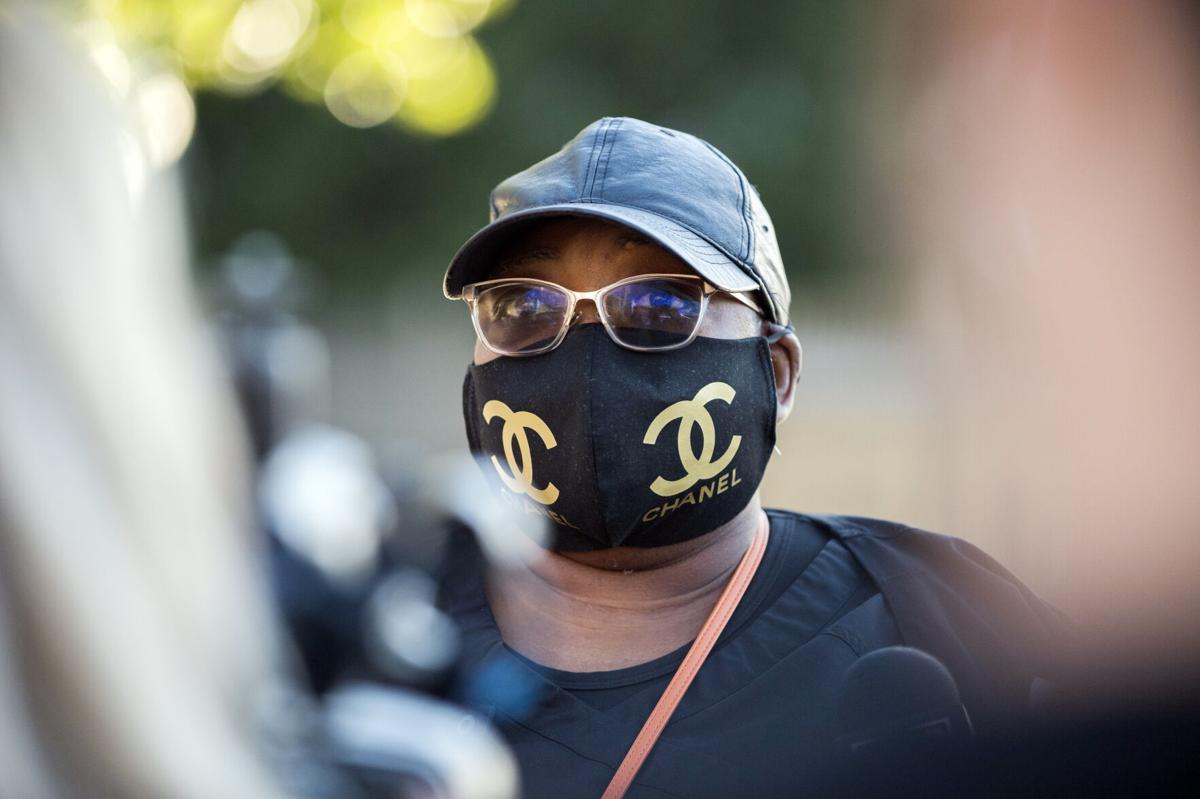 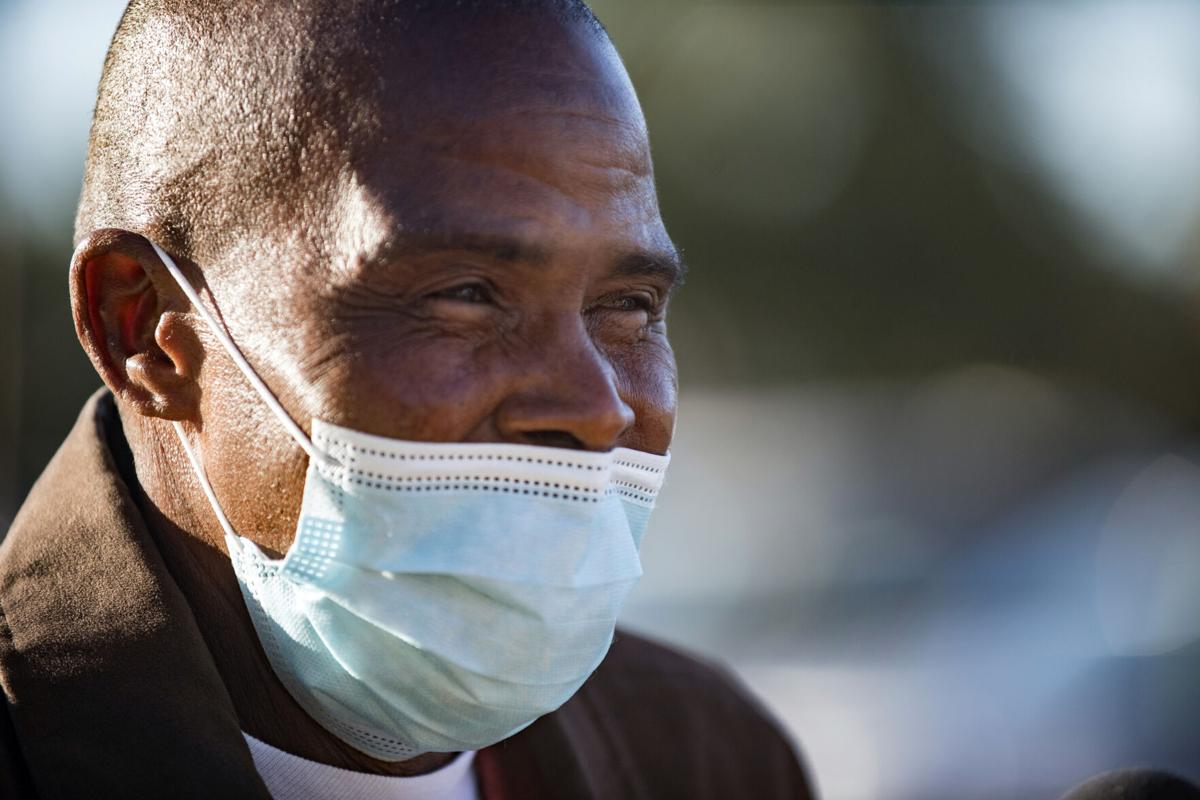 Ernest Hines, a deacon at Mt. Pleasant Baptist Church, speaks to media following the sentencing hearing for Holden Matthews, who set fire to three historically Black churches in 2019 on Monday, November 2, 2020, outside the federal courthouse in Lafayette, La. 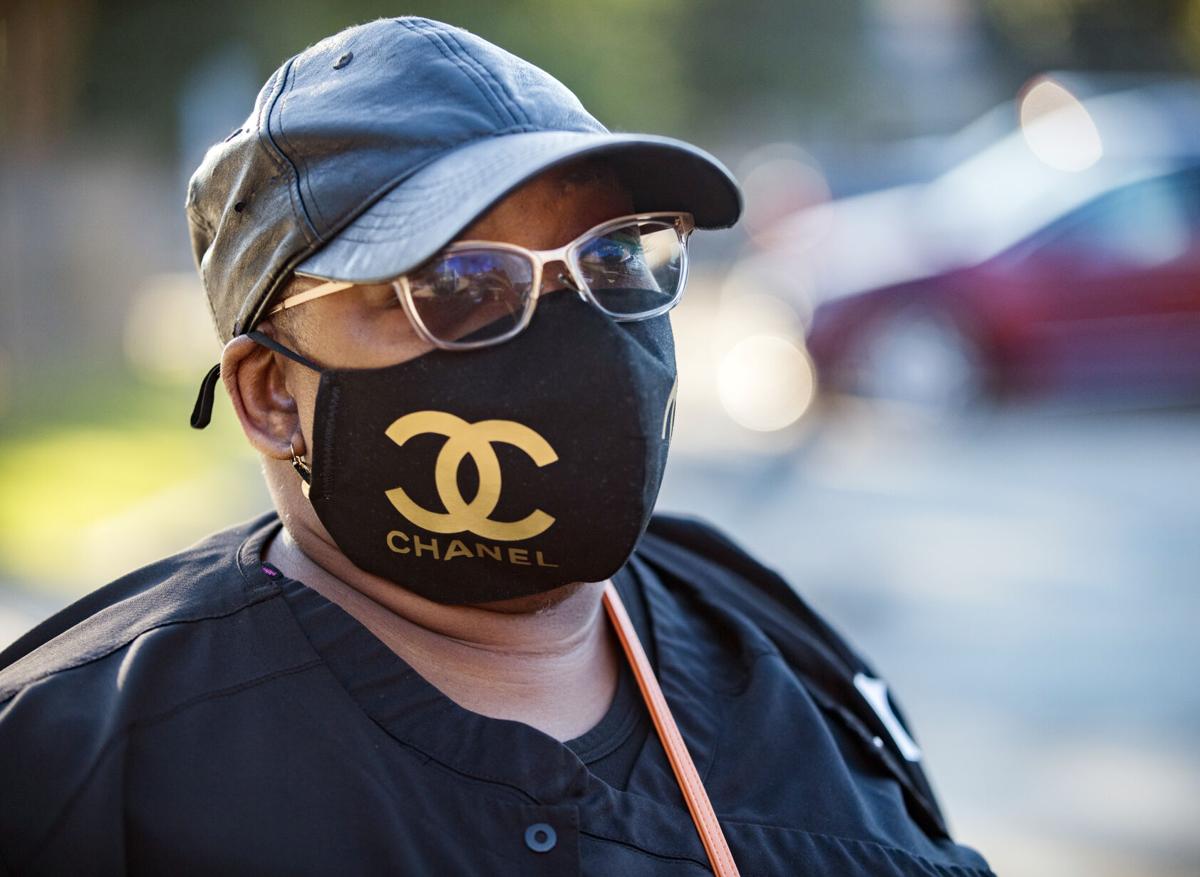 Ernest Hines, a deacon at Mt. Pleasant Baptist Church, speaks to media following the sentencing hearing for Holden Matthews, who set fire to three historically Black churches in 2019 on Monday, November 2, 2020, outside the federal courthouse in Lafayette, La.

Confessed church arsonist Holden Matthews was sentenced in federal court on Monday, a year and a half after he destroyed three historically Black churches in Port Barre and Opelousas in a 10-day arson spree in spring 2019.

Matthews was sentenced to 25 years in prison for three counts of intentional damage to religious property, a hate crime under the 1996 Church Arson Prevention Act, and one count of using fire to commit a felony for burning the three historically Black Baptist churches in March and April 2019.

The maximum sentence for the four counts was 70 years and prosecutors asked for a minimum sentence of 30 years.

Judge Robert Summerhays gave Matthews credit for the 18 months served since his arrest, so he’ll only serve 23.5 years of the sentence. The court also ruled Matthews must pay $590,246 to St. Mary Baptist Church, $970,213.30 to Greater Union Baptist Church, and $1.1 million to Mt. Pleasant Baptist Church in restitution.

Upon release, he’ll be required to participate in mental health and substance abuse treatment, register as an arsonist, refrain from possession of drugs and avoid criminal activity.

“I cannot sitting here overemphasize the seriousness of these crimes….This crime is more than the crime of an arsonist taking away the property of someone else,” the judge said.

Summerhays said while the arsons were not considered racially motivated he had to consider that the fires brought the Black congregants back to a dark time of racial discrimination and terror. The judge said Matthews was fortunate he had to also consider his background in the sentencing, and not just the impact of the crimes.

He said he was sympathetic to Matthews’ “struggles” with belonging and his entanglement in a dangerous undercurrent of the black metal scene, but ultimately Matthews’ actions were taken knowingly.

Addressing the court and congregants for the first time, Matthews said he was deeply sorry for his actions and wanted the church communities to know he found his faith in the Lord again.

“There are not enough words in the English language to say how sorry I am. If I could go back and change it I would...I not only have hurt my real family and friends but I have hurt my brothers and sisters in Christ,” Matthews said.

Each week Deacon Ronald Milburn of Greater Union Baptist Church cuts the grass and maintains the cemetery at his former religious home, walkin…

Some of the victims said after the hearing they were skeptical about Matthews’ return to Christ after three phone calls recorded between Matthews and his parents in the last week were introduced as evidence. The new evidence caused Matthews’ initial sentencing hearing Friday to be delayed until Monday.

Federal prosecutor John Luke Walker said the calls captured Matthews speaking with his parents, referencing the possibility of escaping if he received a long sentence and expressing frustration and displeasure with the testimony of church members Friday, at one point referring to them as “bastards.” The phone calls were not played in open court.

Walker also referenced a conversation between Matthews and his father, a St. Landry Parish Sheriff’s deputy, about the possibility he could be housed in the St. Landry Parish Jail and potentially participate in their trustee program.

He argued the calls show Matthews has not accepted the reality of his punishment or actions.

“The defense will say this is a moment in time a year ago. It’s not a moment in time. Based on these phone calls, he’s exactly the same person who burned down those churches,” Walker said.

Matthews’ attorney Dustin Talbot pushed back, saying these phone calls were an expression of Matthews’ stress and frustration and that specific references, like the mention of an escape, were jokes not grounded in reality. Talbot said Matthews has been kept in protective custody, with only one hour per day spent outside his cell, and the calls reflected his attempts to navigate his reality in real time.

Matthews said some “unkind” things and his language was not always appropriate, but it was a raw interaction as he fully faced the loss of his freedom, the attorney said. Talbot said Matthews has been compliant throughout the legal process and backed the belief that Matthews was turning his life to Christ as the 23-year-old claimed in his statement.

Holden Matthews photographed the three recent St. Landry Parish church arsons he is accused of committing as they occurred, then used the imag…

Greater Union member Sheryl Richard and others said they struggle to have faith in Matthews’ recommitment to Christ and his expressions of remorse and self-reflection in light of the phone calls.

“It’s hard to believe that you have transformed, not that God can’t make changes because God can do whatever he has the power to do, but to say that you’ve changed that quickly when these phone calls were made one and two days prior…,” Richard said.

A staff member for 27th Judicial District Judge James Doherty said the state sentencing has been continued to an unspecified date and time.

Pews, bibles, and the pulpit are among the still-recognizable interior parts of Mount Pleasant Baptist Church following the fire that destroye…

Investigators matched a charred Scepter gasoline can at the scene of the Mt. Pleasant fire, a pack of partially used shop rags and a lighter found in a truck registered to Matthews’s father to items Matthews purchased at a local Walmart hours before the first fire at St. Mary on March 26.

Video surveillance footage, eyewitness accounts and cell phone GPS records placed Matthews and the truck, a gold-colored Ford, at the scene of each fire.

Investigators also recovered photos Matthews took during the fires and days later, when he returned to the churches to view the damage, officials said. Matthews superimposed images of himself over the photos, even using some as mock-ups for album art for his black metal band, Pagan Carnage.

Black metal and Matthews’ desire for renown and acceptance among fans of the Scandinavian subgenre were painted at the center of the case. The musical style is associated with church burnings in Norway in the 1990s.

Norwegian bass player Varg Vikernes of the band Mayhem, one of the genre’s most notorious figures, was arrested and accused of setting the string of church fires, as well as killing one of his bandmates. It was noted that Matthews watched “Lords of Chaos,” a semi-fictionalized biopic detailing Mayhem’s criminal acts, in the months preceding the fire.

Mary Lou Kelley, a clinical psychologist and Louisiana State University professor asked to evaluate Matthews by the defense, testified Friday about her assessment of Matthews’ struggles with anxiety, depression and arrested social development. She also noted he had a history of alcohol and substance abuse, and at one point said he was drunk “each time he burned a church.”

Since middle school, Matthews’ mother had encouraged him to pray to cure his anxiety problems, but the lack of answered prayers turned to resentment of God and religion over time. Kelley said Matthews glommed onto black metal as he rejected his parents’ Christian religious background and took on the persona of Vikernes as a means to shed his social struggles.

For the second time in less than a year, members of Greater Union Baptist Church gathered in the quiet, overnight hours to mourn and comfort, …

In his federal guilty plea in February, Matthews acknowledged the fires were an attempt to raise his profile as a black metal musician and he was emboldened by positive feedback to Facebook and social media posts about the church arsons.

Rayne man charged with feticide, attempted murder in I-10 shooting in Acadia Parish

A 25-year-old Rayne man was arrested on multiple charges following a shooting on the interstate that left multiple people injured, KATC-TV reported.