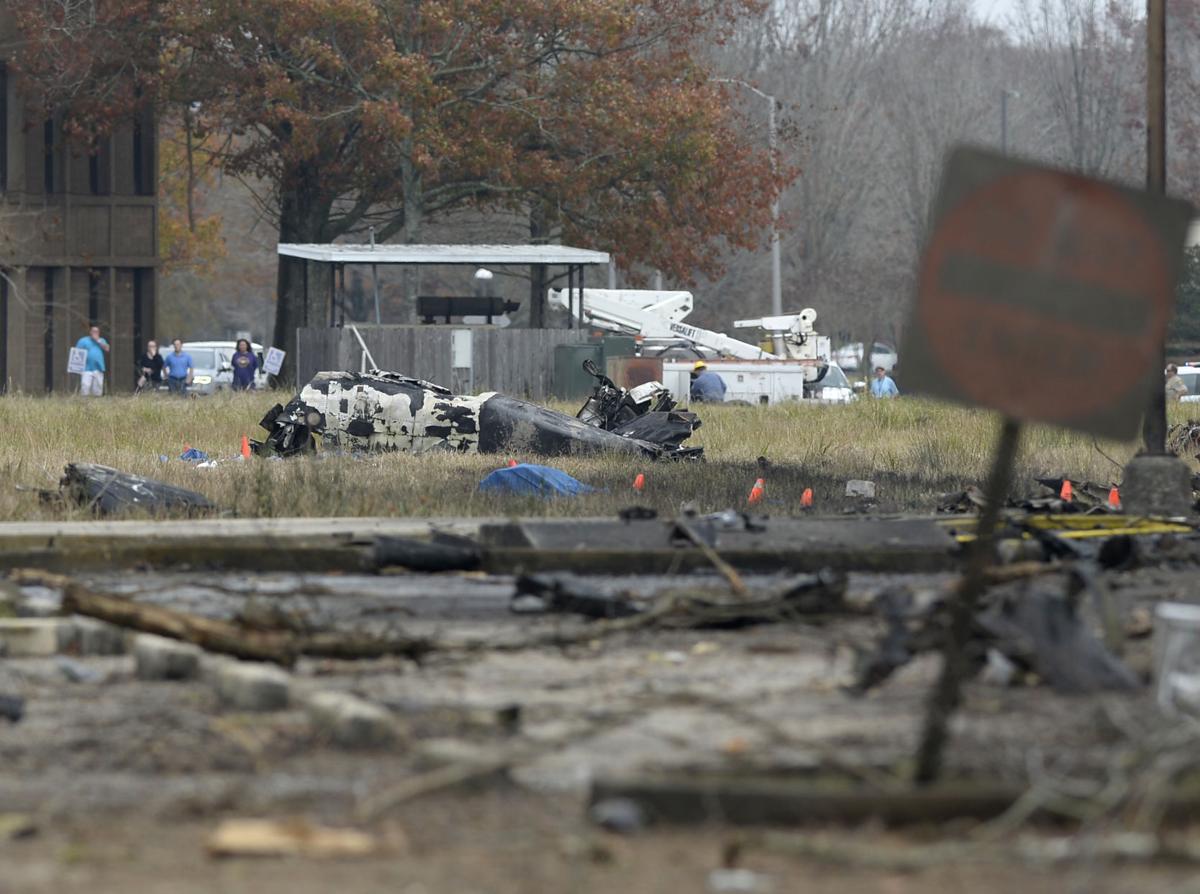 Wreckage can be seen after a small plane crashed near the post office on Feu Follet Road on Saturday, Dec. 28, 2019, in Lafayette. 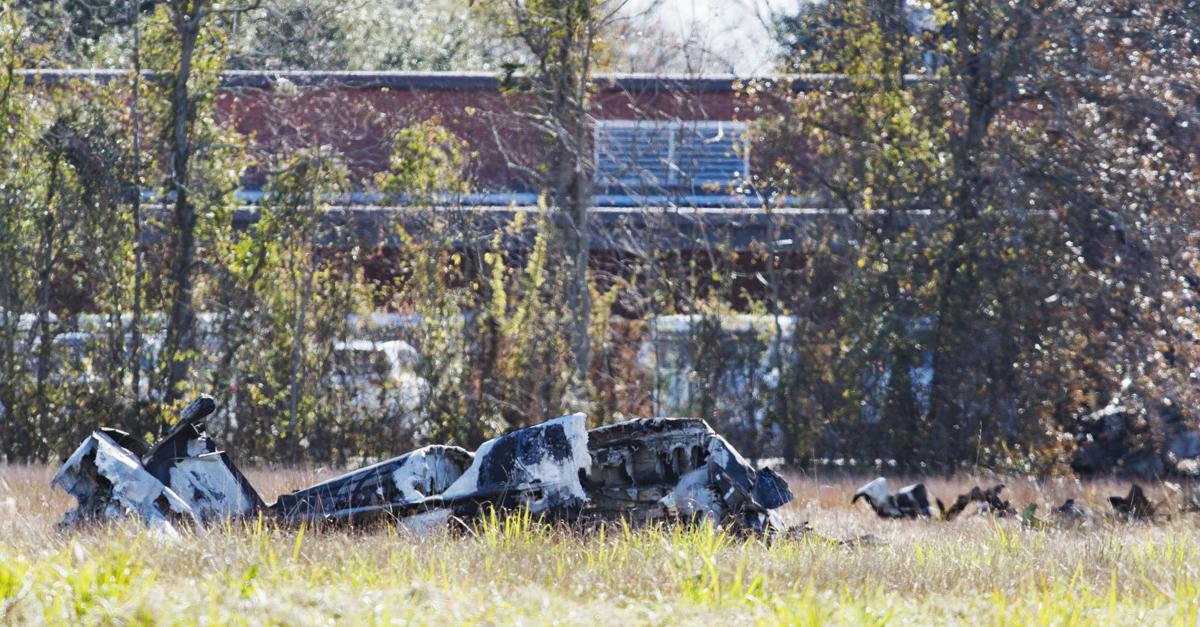 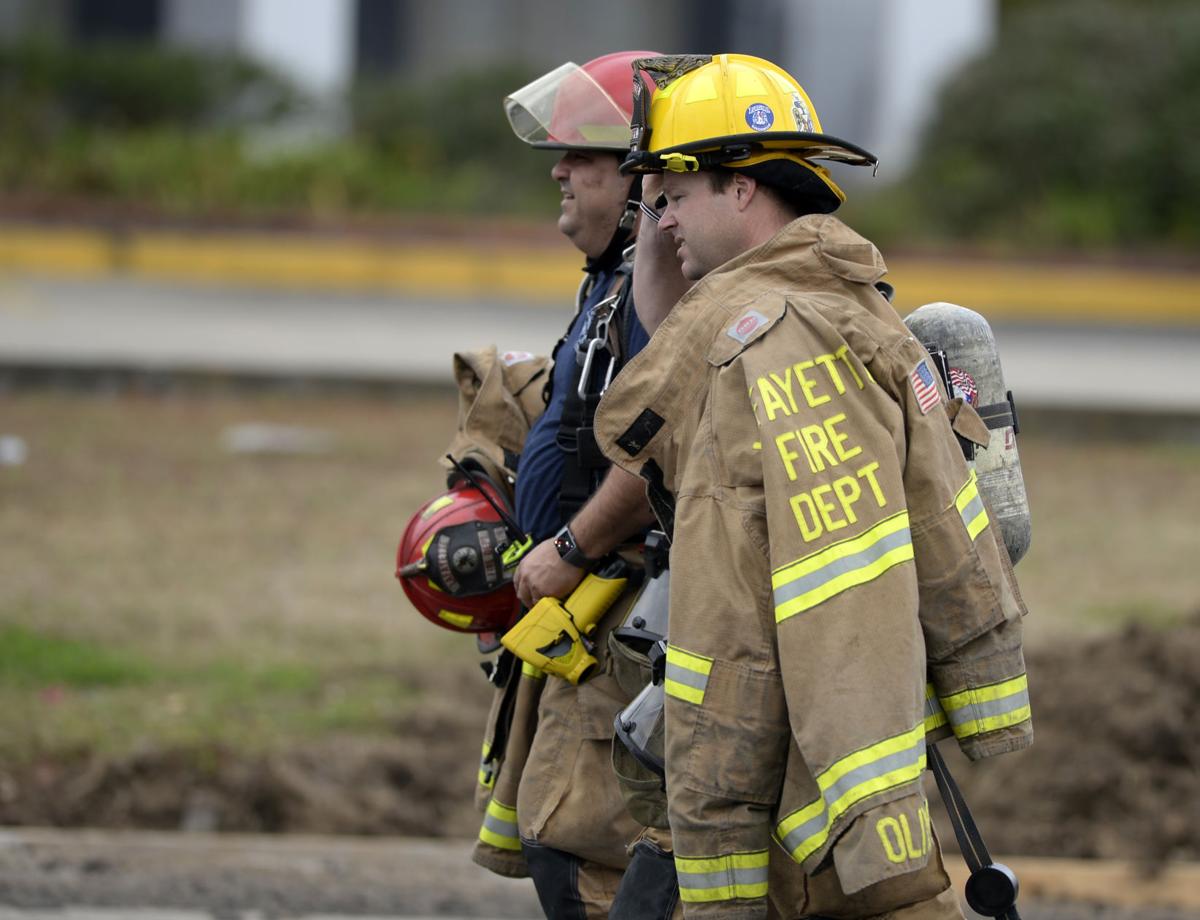 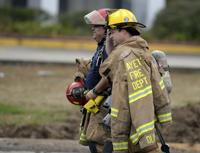 Firefighters work the scene after a small plane crashed near the post office on Feu Follet Road on Saturday, Dec. 28, 2019, in Lafayette. 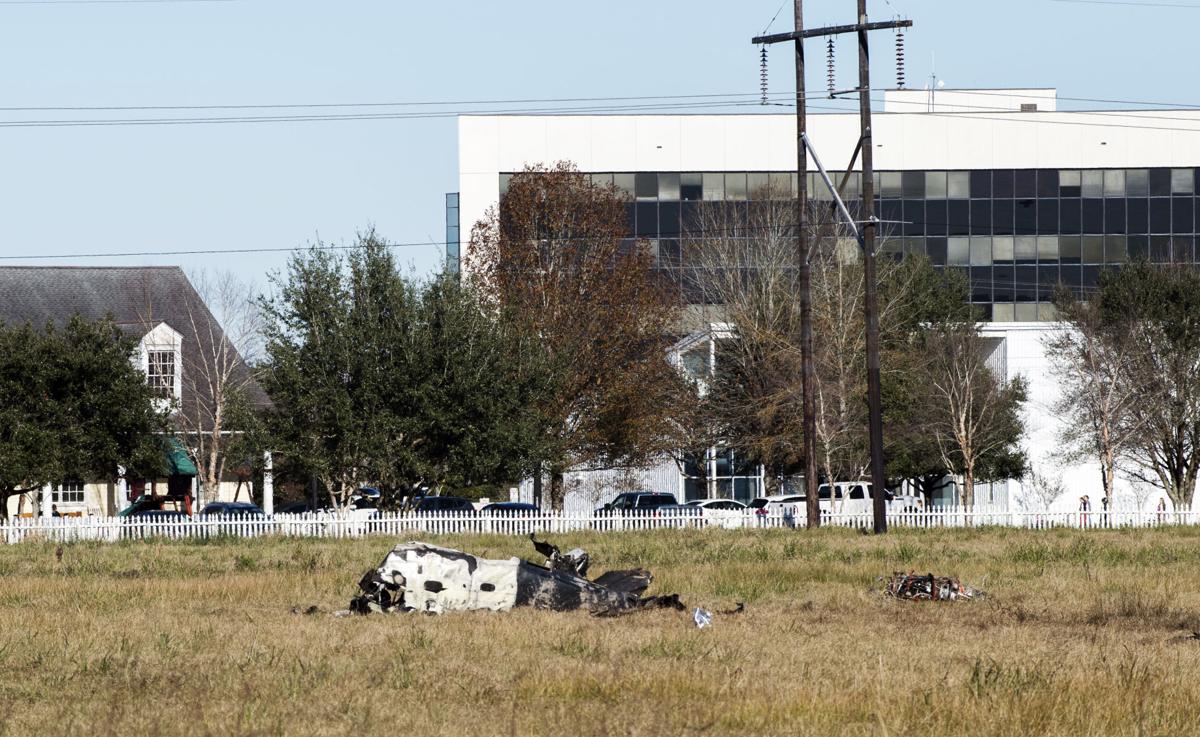 Wreckage can be seen after a small plane crashed near the post office on Feu Follet Road on Saturday, Dec. 28, 2019, in Lafayette.

Firefighters work the scene after a small plane crashed near the post office on Feu Follet Road on Saturday, Dec. 28, 2019, in Lafayette.

The survivors and family members of passengers killed in a December plane crash have filed lawsuits in federal court, challenging the insurance company that insured the aircraft after arguing the company acted with “unclean hands” in an attempt to limit their ability to sue.

The lawsuits, filed between Friday and Monday, seek damages from the plane’s owners, insurance companies and the pilot’s estate, similar to claims filed in state court in May.

The federal suits were filed in the U.S. District Court for the Western District of Louisiana in response to a May 6 complaint by Endurance American Insurance Company seeking to cap damages at their $5 million policy limit, prevent additional suits against themselves and those they insured, and enlist the court to determine disbursement of the funds among the parties.

The survivors and relatives argued in a June court filing that Endurance’s actions are “deceitful gamesmanship” attempting to undermine their state court lawsuits, which were also filed May 6, and limit their ability to collect damages. Attorneys claimed Endurance took advantage of their notice to sue and filed first to paint the picture that a legal case was already active and their state filings were redundant.

The survivors and relatives have stated they want a jury trial.

The lawsuits stem from a small passenger plane crash that killed five people on Dec. 28. The plane crashed shortly after departing Lafayette Regional Airport for Atlanta, Georgia, where the passengers intended to watch LSU play the University of Oklahoma in the Peach Bowl.

Kristie Danielle Britt, a bystander, suffered burns over 30% of her body when the plane collided with her vehicle in a U.S. Postal Service office parking lot, causing the vehicle to overturn and burst into flames while Britt was inside.

On the morning of Dec. 28, Wade Berzas was excited to be heading to Atlanta to watch the LSU football team play Oklahoma in the Peach Bowl.

Chris Vincent only filed a claim against Cheyenne Partners, LLC, according to court filings.

Attorneys for the survivors and victims' family members argued in court documents that Endurance acted underhandedly to secure first filing rights and capitalize on Louisiana legal restrictions that limit lawsuits in a state court when the same lawsuit is proceeding through federal court. They said two of Endurance’s insured, Cheyenne Partners and Eagle Air, have already wielded Endurance’s federal action “as a sword” to stall their state lawsuits.

Endurance made similar arguments in the state court lawsuits, arguing the federal lawsuit was opened first and all proceedings should be channeled through one avenue.

The survivors and family members’ attorneys said the parties had engaged in good faith mediation meetings beginning in February but could not reach a solution. The families and survivors agreed to provide at least seven days’ notice before filing suit.

They claim Endurance exploited the knowledge they would file in state court on May 6 and filed a suit electronically in federal court at 12:39 a.m. May 6, knowing the state court wouldn’t open until at least 9 a.m. and there would be delays because of the COVID-19 pandemic.

The attorneys were given notice about Endurance’s federal filing around 1:40 p.m. May 6, roughly 13 hours after the filing was submitted, court documents said.

“It is obvious now that Endurance took advantage of Defendants-in-Interpleader’s goodwill and good faith. Endurance’s midnight filing of its Complaint in this Court can only be interpreted as conspiratorial and tactical sandbagging,” a June 23 partial motion to dismiss said.

In its filings, Endurance argued its actions were taken to protect itself from multiple liabilities from conflicting active claims and streamline the legal process by handling all claims through a single venue.

A hearing is scheduled Aug. 13 to hear the motion to partially dismiss Endurance’s requests.

In court filings, the families of the deceased and survivors allege the plane’s owners failed to maintain the plane in a safe and airworthy condition, operated the plan in an unsafe and improperly loaded configuration and were negligent in hiring Biggs, who did not have adequate training to fly the plane in the conditions, including low visibility.

According to the initial National Transportation Safety Board report issued in January, the twin-engine Piper turboprop plane crashed about 9:20 a.m., less than a minute after takeoff. The plane was traveling about 198 miles per hour when it reached a peak altitude of 925 feet about 30 seconds into the flight and rolled to the left, beginning a rapid descent.

The air traffic controller issued a low altitude warning at 700 feet, but the pilot did not respond or send an emergency transmission, the report said.

Carley McCord, the beloved Louisiana sports reporter who was among the five killed in a Lafayette plane crash, left family members in mourning…

The plane hit trees and power lines on the south side of Verot School Road and crashed into a roadway and through a U.S. Post Office parking lot. It was still intact when it hit the ground, leaving an 800-foot debris path, before bursting into flames, the report states.

A preliminary report released by the National Transportation Safety Board on Tuesday offers little new information, but does provide some deta…

Chilling details about a woman injured when a small plane hit her car before crashing in Lafayette have emerged for the first time in a lawsuit.