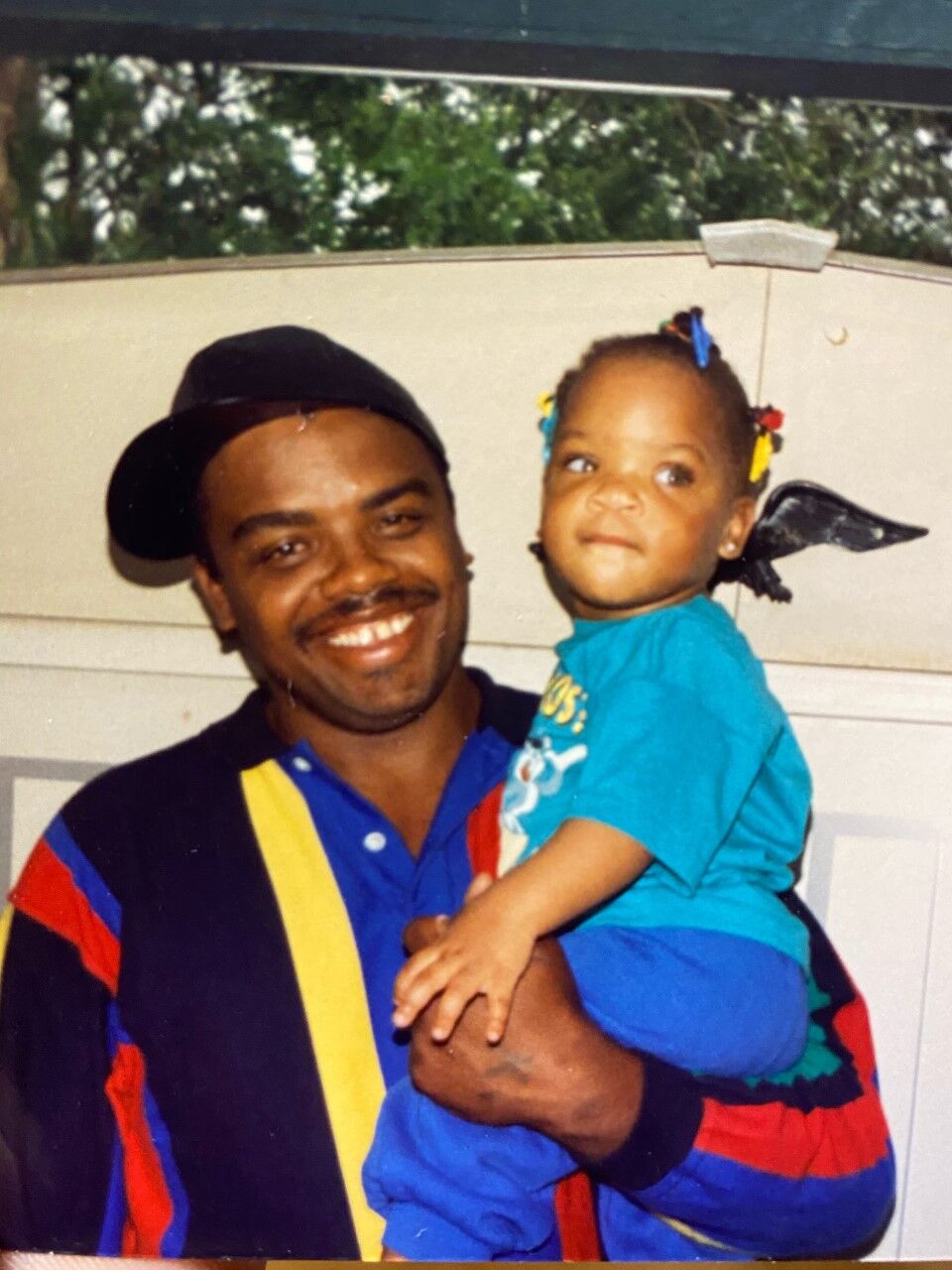 Kennedy Mouton Sr., at left, pictured in an undated photograph with his daughter, Sparkle Buckley. Kennedy Mouton Sr. was killed July 23 after being stabbed in the 400 block of S. St. Antoine Street in Lafayette. 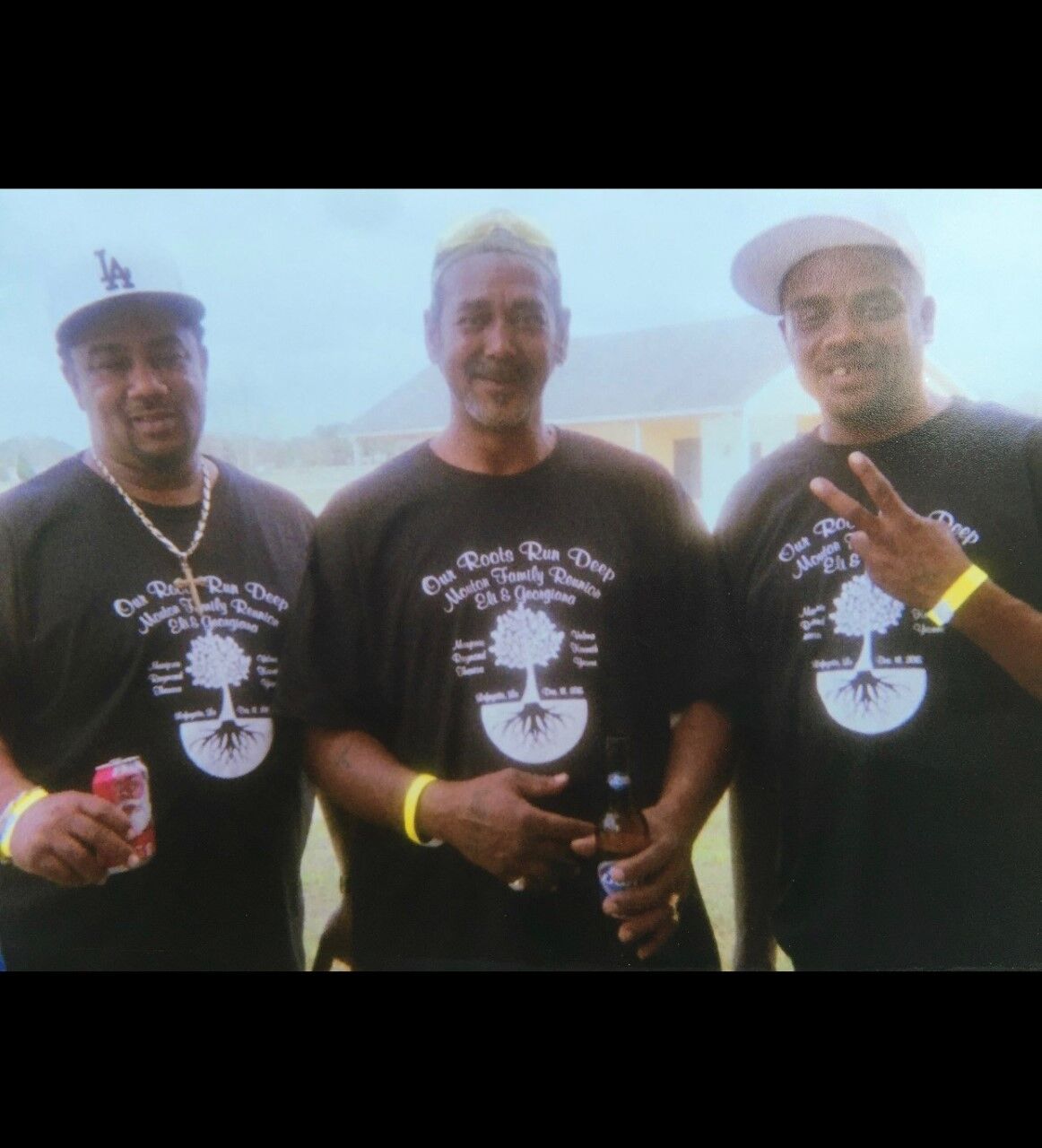 Kennedy Mouton Sr., at left, pictured in an undated photograph with his daughter, Sparkle Buckley. Kennedy Mouton Sr. was killed July 23 after being stabbed in the 400 block of S. St. Antoine Street in Lafayette.

Family and friends said a final farewell Saturday to 57-year-old Kennedy Mouton Sr., a Lafayette man who was the victim of a fatal stabbing on South Saint Antoine Street in late July.

Mouton was found suffering from multiple stab wounds outside a home in the 400 block of South Saint Antoine Street around 10:24 p.m. on July 23 and was pronounced dead at the scene. A suspect, 27-year-old Troinathan Woods of Lafayette, turned himself in to law enforcement on July 27 and was booked on a count of second-degree murder.

Mouton was laid to rest Saturday at Calvary Cemetery following a service at Syrie Funeral Home.

“My baby was loved,” Kysha Mouton sobbed as family, schoolmates and community members crowded East Clinton Street on Friday night to honor her…

A father of six and grandfather to 17, Mouton was an easygoing, funny and lighthearted person who worked hard as a custodian for a local janitorial company, often picking up additional cleaning jobs in neighborhood businesses at night. The 57-year-old was casual, but when he delved into deeper topics and offered life advice it was the kind of conversation “that guides you through life,” LeeAnn Flugence said.

Flugence, Mouton’s former daughter-in-law, said they talked every day and had more of a father-daughter relationship than in-law relationship, even after she and his son, Kennedy Mouton Jr., split after 14 years together. She would see Mouton multiple times a week as she made her rounds to visit her parents around the corner.

“We were extremely close...That bond just pretty much happened simultaneously. It really became a natural thing,” she said. “I hold it dear and I will always hold it dear...He definitely was someone I knew I had in my corner, and likewise he knew I was in his corner.”

The two were so close, Mouton looked to Flugence to take the lead caring for his youngest daughter, 16-year-old Kendashia, should something happen to him. Kendashia is largely blind and looked to her father as her “knight in shining armor,” Flugence said, especially after her mother died when she was 4 years old.

The teen’s father made sure she was a priority in all things; if he was struggling with money or needed assistance, he never let pride get in the way of making sure she was cared for, Flugence said.

“We would have conversations and he would say if something happens to me, I want you to make sure she’s taken care of. He knew without a shadow of a doubt and that’s something that eases me, with him passing, that he knew she would be taken care of,” she said.

ABBEVILLE — Vanessa Vollmer's son, Nathan Gary, has scars on his side and along the inside of his legs. Her mother, Dana Vollmer, lives in con…

If the two weren’t physically together, Mouton always made sure to call his teenage daughter throughout the day, and didn’t let her go to sleep without an ‘I love you.’ Flugence and other family members broke the news to her.

“She looked at me with tears in her eyes and she said, ‘So that’s the reason he didn’t call me,’” Flugence said.

Mouton was similarly doting on his grandchildren. He saw them frequently and would greet them with jokes, warmth and money to run to the corner store for treats. His youngest grandchildren are still struggling to understand his loss, often asking to go visit him, she said.

Recovering New Iberia firefighters concerned for ‘brotherhood’ over themselves after fire, explosion

Flugence said it makes her anxious thinking about how violently Mouton’s life was taken. When a family friend called to deliver the news, the mother of three said she fell to her knees and was unable to move from the floor for over an hour.

“I was waiting for someone to call me back and say it was a mistake, it wasn’t him,” she said. “For such a gentle soul to be taken so recklessly is difficult. He was loved...To know Kennedy was to love Kennedy.”

His eldest son, Kennedy Mouton Jr., said processing his father’s death has been difficult for him and his siblings. Kennedy Jr. said he took bereavement time from work and largely stayed home, attempting to meditate and quietly sort through his feelings as the biggest question, “Why?”, kept swirling in his mind.

“It’s been hard coming to terms with how he died,” he said.

See inside a Lafayette hospital as COVID rages on: 'We had a glimmer of hope. That hope now is gone'

The two Mouton men had some rocky patches in their relationship, Kennedy Jr. said. They were working to grow closer and chart a new relationship when Mouton was killed. His son said now he’s trying to hold close to their conversations and the life advice his father handed down, knowing he can no longer pick up the phone and hear his voice.

Kennedy Jr. said his uncle, Kevin Mouton, is taking the lead as a family liaison with the Lafayette Police Department and law enforcement on the case. Mouton was stabbed to death shortly after returning to the residence he shared with his girlfriend from a cleaning job at a neighborhood convenience store, his son said.

The suspect, Troinathan Woods, is the nephew of Mouton’s girlfriend. Kennedy Jr. said he wants to know what happened -- What was the motive? What preceded the stabbing? Why was his father stabbed? These and other questions are circulating.

“I hope God can come out and expose the truth,” Kennedy Jr. said.

'COVID is here': Louisiana mom pleads with community as daughter, 20, is put on ventilator

Editor's note: A previous version of this story misstated where Kendashia Mouton was the night her father was killed. The Acadiana Advocate regrets the error.