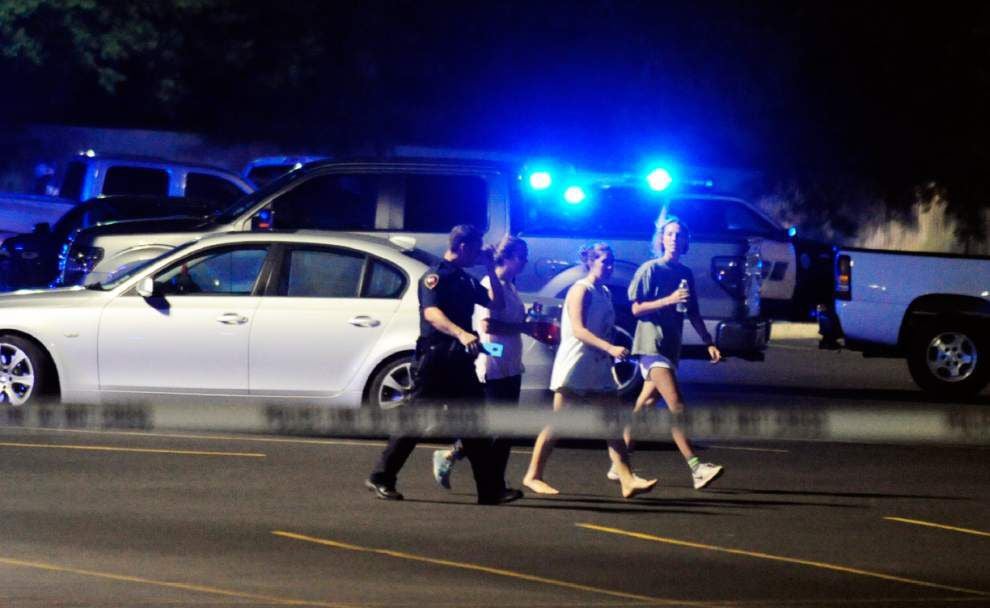 An officer walks with people near the scene of a shooting at the Grand Theatre on Thursday, July 23, 2015, in Lafayette, La. (Leslie Westbrook/The Advocate via AP) 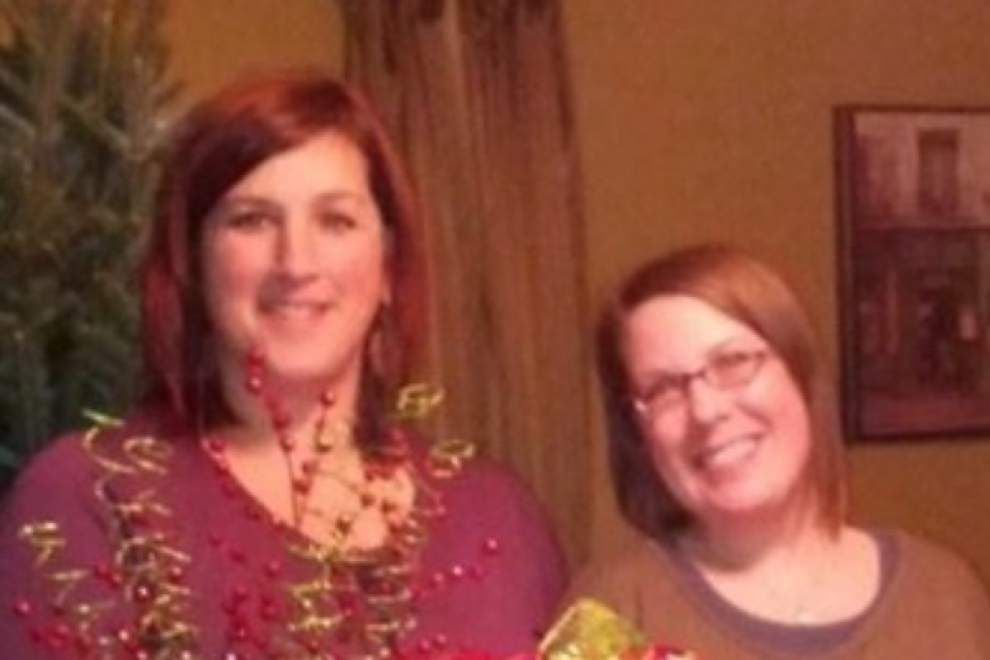 An officer walks with people near the scene of a shooting at the Grand Theatre on Thursday, July 23, 2015, in Lafayette, La. (Leslie Westbrook/The Advocate via AP)

Suspected gunman John Russel Houser shot each woman, wounding them both in the leg. Martin was released from the hospital sometime late Thursday or early Friday while Meaux was expected to be released sometime later Friday, said Iberia Parish Schools Superintendent Dale Henderson.

“Emotionally, it will take them awhile to recover from this,” Henderson said. “This is extremely tragic. Something so wonderful and innocent, to just be watching a movie and then to have something like this happen. It’s so unfortunate.”

The women were among those in a crowded Grand 16 Theatre watching the comedy “Trainwreck” when police say Houser opened fire, killing two and injuring nine others before turning the gun on himself when police officers entered the viewing room.

Early Friday morning, police released the names of those killed: Mayci Breaux, 21, of Franklin, and Jillian Johnson, 33, of Lafayette.

Gov. Bobby Jindal praised the heroic actions of the women, saying one of the teachers threw herself on top of her friend to protect her from gunfire, and the other managed to pull the fire alarm to alert the building of the danger.

“My understanding is that Ali was the one who was able to pull the fire alarm,” Henderson said.

Martin is an English teacher at Jeanerette Senior High and has been with the School System for the past seven years, Henderson said.

Meaux is the school’s librarian and taught with the school system for the past 21 years, he added.

“(Jena) is a former student of mine. I taught her English at New Iberia Senior High School,” Henderson said. “I know her extremely well, and she’s a wonderful person, and I’m so sorry to hear about the tragic incident.”

As teachers, both have had crisis training and Henderson credited both educators for acting quickly during the chaotic incident that unfurled Thursday.

“Who could imagine on a Thursday evening sitting there watching a movie in Lafayette, Louisiana, and have something like this happen,” he said. “You’re not in that mode of thinking, but evidently, they both reacted very well and very quickly.”

Iberia Parish Association of Educators President Cammie Maturin said that she was contacted by other colleagues who suggested a fundraiser.

“These are two women who would give the shirts off their backs. They have bought so many times — school supplies, uniforms. They take out of their pocket to give to kids. The thing we can do as colleagues is to give back to them,” Maturin said. “You have two wonderful people who are going to be scarred for life — more than just the gunshot wounds.”