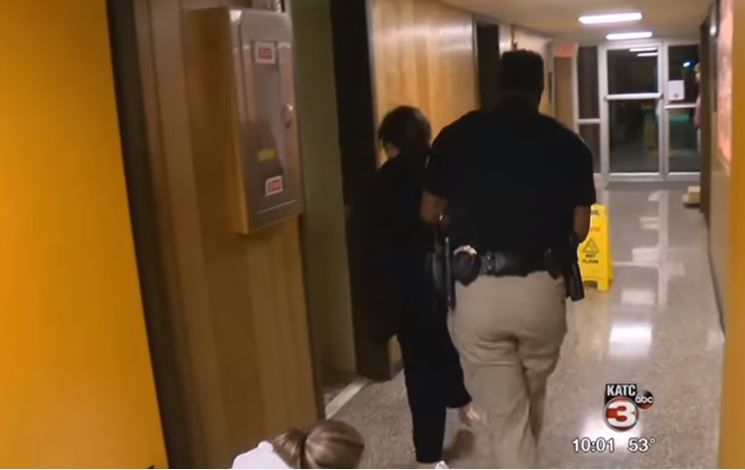 Deyshia Hargrave, a teacher at Rene Rost Middle School, was removed from a special Vermilion Parish School Board meeting on Monday night in handcuffs, KATC reported. Photo from KATC-TV video 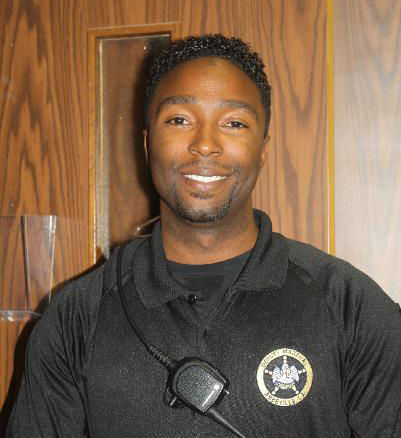 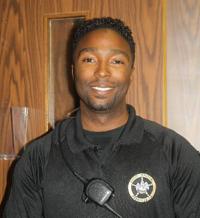 Deyshia Hargrave, a teacher at Rene Rost Middle School, was removed from a special Vermilion Parish School Board meeting on Monday night in handcuffs, KATC reported. Photo from KATC-TV video

The Abbeville City Marshal officer who sparked national outrage for arresting a Vermilion Parish school teacher Monday night after publicly criticizing the superintendent at a meeting was previously accused of using excessive force against a 62-year-old man in poor health.

The revelation comes as the middle-school English teacher, Deyshia Hargrave, spoke for the first time about the incident, which has received national network news coverage and spread like wildfire on social media. Hargrave said in a video statement that she is “appalled at this, and you should be too.” She urged those watching to speak out against what she said was a violation of her first-amendment rights, even if they weren’t directly involved.

[EXCLUSIVE: City Marshal who arrested Vermilion teacher was accused of excessive force in 2012]

“This particular issue directly involved me, directly involved my students, my fellow educators and support staff, cafeteria workers, citizens outside of the school system even. So I chose to speak out,” Hargrave said. “I’m hoping that you choose to speak out after seeing what happened to me, and you don’t let it become an intimidation to you, you let it be your strength.”

A 12-minute video of Hargrave’s arrest and preceding events had been seen more than two million times as of 5 p.m. on Wednesday, and was shown on major network news shows.

Gov. John Bel Edwards said he supports an investigation into the incident during his monthly call-in radio show on Wednesday.

"I didn't see anything that warranted that type of action," Edwards said. "That was terribly unfortunate, and it should not have happened."

In the space of less than 72 hours, Deyshia Hargrave went from being an anonymous Vermilion Parish language-arts teacher to an internet sensat…

No charges for Vermilion teacher cuffed after questioning boss's raise; supporters say it's not over