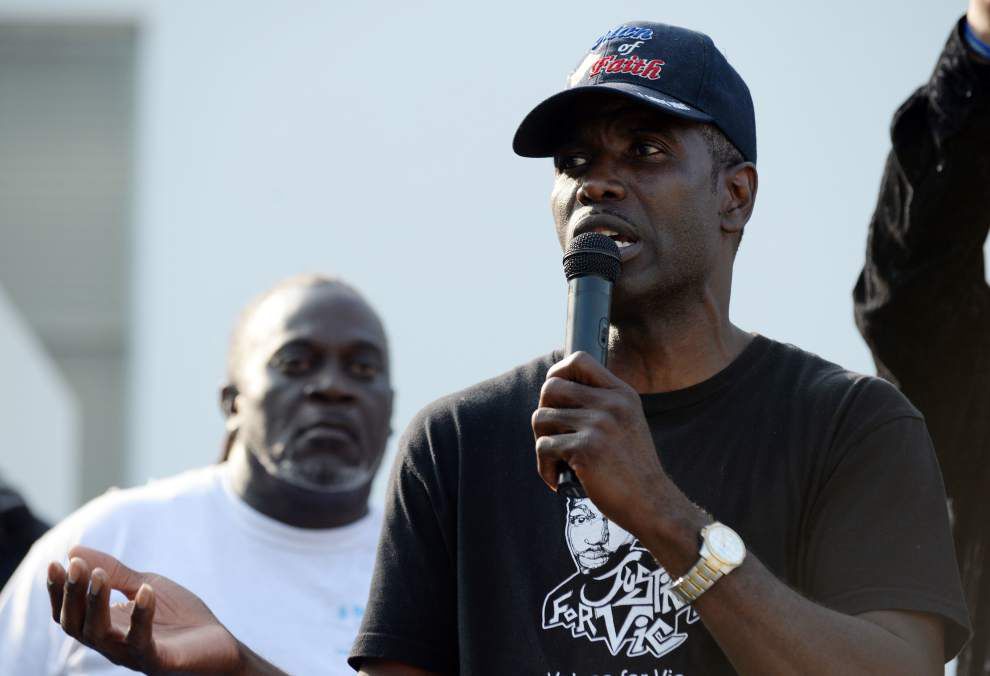 The Rev. Victor White II, the father of Victor White III, speaks during a press conference and rally to call for the resignation of Iberia Parish Sheriff Louis Ackal April 27, 2016, in New Iberia. According to police reports, White III shot himself in the chest while handcuffed in the back of a police car in 2014, but White's family argues that they haven't gotten the full story. 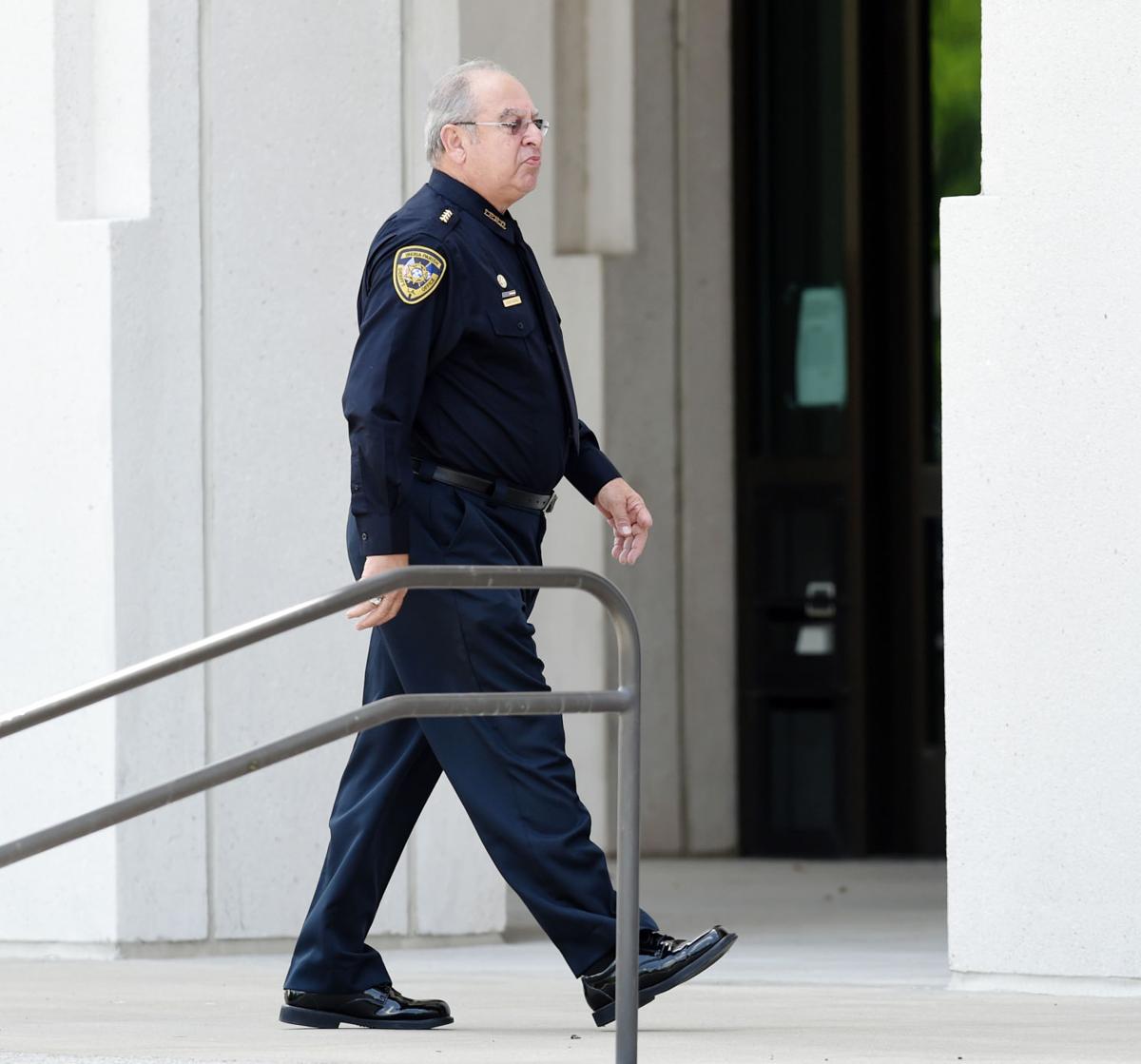 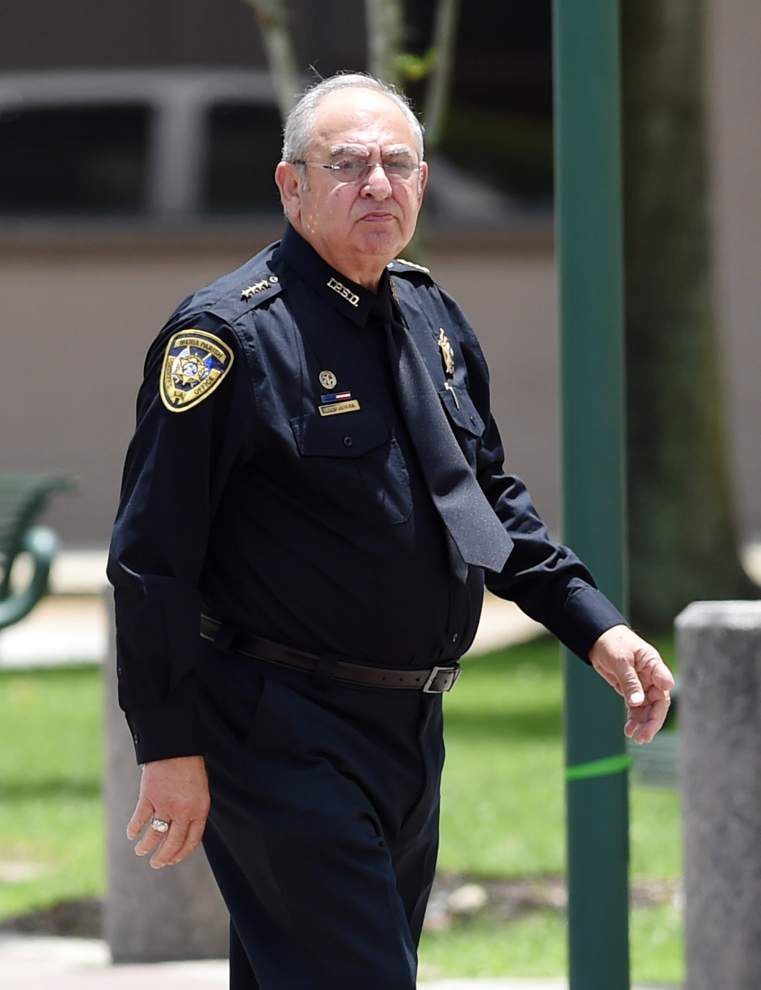 The Rev. Victor White II, the father of Victor White III, speaks during a press conference and rally to call for the resignation of Iberia Parish Sheriff Louis Ackal April 27, 2016, in New Iberia. According to police reports, White III shot himself in the chest while handcuffed in the back of a police car in 2014, but White's family argues that they haven't gotten the full story.

Organizers of a petition drive to recall Iberia Parish Sheriff Louis Ackal say they’ve already acquired signatures of more than 1,000 registered voters, but another 15,000 are needed before the measure can be put before voters.

And, as they’ve no doubt begun to discover, recalling an elected official in Louisiana is no easy task.

A group of Iberia Parish residents has launched an effort to recall Sheriff Louis Ackal.

Since the 1960s, Louisiana voters have unseated 72 local officials through 115 recall efforts, with the roster including mostly police chiefs, council members and school board members from the state’s smaller municipalities.

Iberia Parish voters have only successfully petitioned for a recall election one time, when “Mrs. Roy LaBauve” was removed in 1969 from her post as a Ward 9 police juror, according to the Secretary of State’s Office.

More recently, Port Allen Mayor Deedy Slaughter was recalled in 2013 in West Baton Rouge Parish. Also recalled that year was Heflin Mayor Judy Tillman in Webster Parish. With a population of a little more than 1,000, the St. Landry Parish town of Washington in April recalled its two-term police chief.

Statewide, a handful of efforts to unseat former Gov. Bobby Jindal failed each time, with more than 950,000 signatures needed to put the measure on the ballot.

Joshua Spivak, who’s studied recall processes in the U.S. since the mid-1990s, said acquiring enough signatures is “usually the biggest challenge,” especially without adequate funding to get people around to collect the signatures.

Spivak tracks recall efforts on The Recall Elections Blog and is senior fellow at the Hugh L. Carey Institute for Government Reform at Wagner College in New York. He points out that Louisiana is one of 11 states that allow what amounts to a “political” recall.

While some states set specific grounds for recalls — like malfeasance, drunkenness or felony convictions “involving moral turpitude,” as in Florida — the Louisiana Constitution allows the voters to recall an elected official for any reason.

But Spivak said Louisiana’s law is still “particularly harsh,” requiring more than the average number of signatures required in other states.

Louisiana requires signatures from 33 1/3 percent of the registered voters in the official’s district before the governor puts the measure up for vote. Most states that provide for a recall process require about 25 percent.

“Louisiana has such a high requirement that it’s very hard to get on the ballot, except for in small, local jurisdictions,” Spivak said.

Procuring more than 10,000 signatures usually becomes “prohibitive” for a recall effort, he said.

Ackal, the Iberia sheriff, found himself in the cross hairs of the recall effort after a series of high-profile excessive force incidents, in-custody deaths and inmate beatings that led to nine deputy convictions and the federal indictments of the sheriff and two of his employees.

Ackal has pleaded not guilty and maintains he will be vindicated through the judicial process.

Donald Broussard, who’s helping lead the effort to oust Ackal, said supporters hope to get enough signatures to get the measure on the Dec. 10 ballot. Regardless, they have 180 days from the date they officially filed the recall effort to collect the signatures. If they miss the deadline, the effort dies.

And the recall organizers might face a counter campaign by the sheriff’s supporters, who could possibly challenge the validity of some of the signatures.

If the required number of valid signatures are obtained and if the voters approve the recall proposition at the ballot, the third-term sheriff would have to vacate office by 4:30 p.m. on the ninth date after the election.

If the ballot measure fails, no recall election could be held again for 18 months.

Donald Broussard, a leader in the unsuccessful effort last fall to recall Iberia Sheriff Louis Ackal, has been indicted on manslaughter and ag…