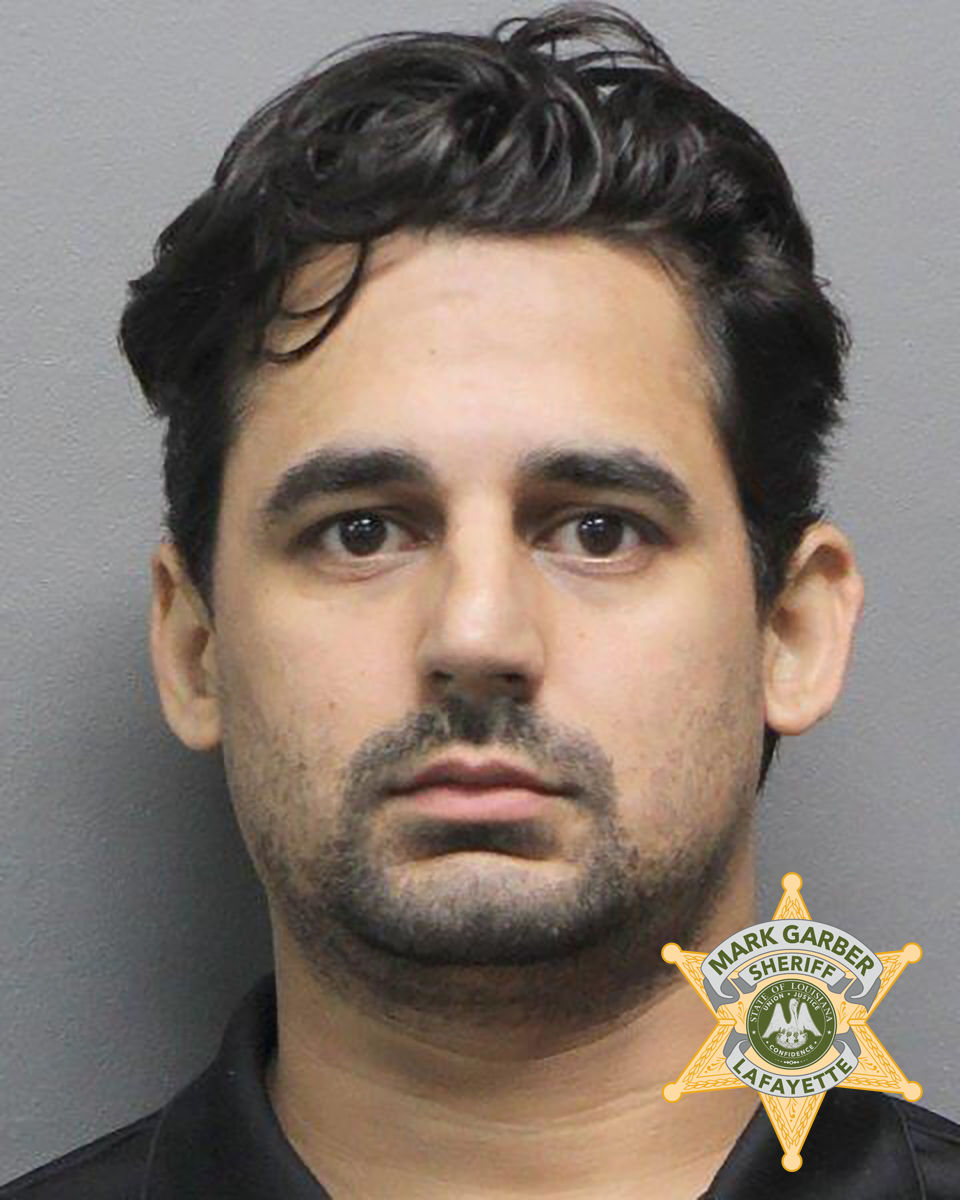 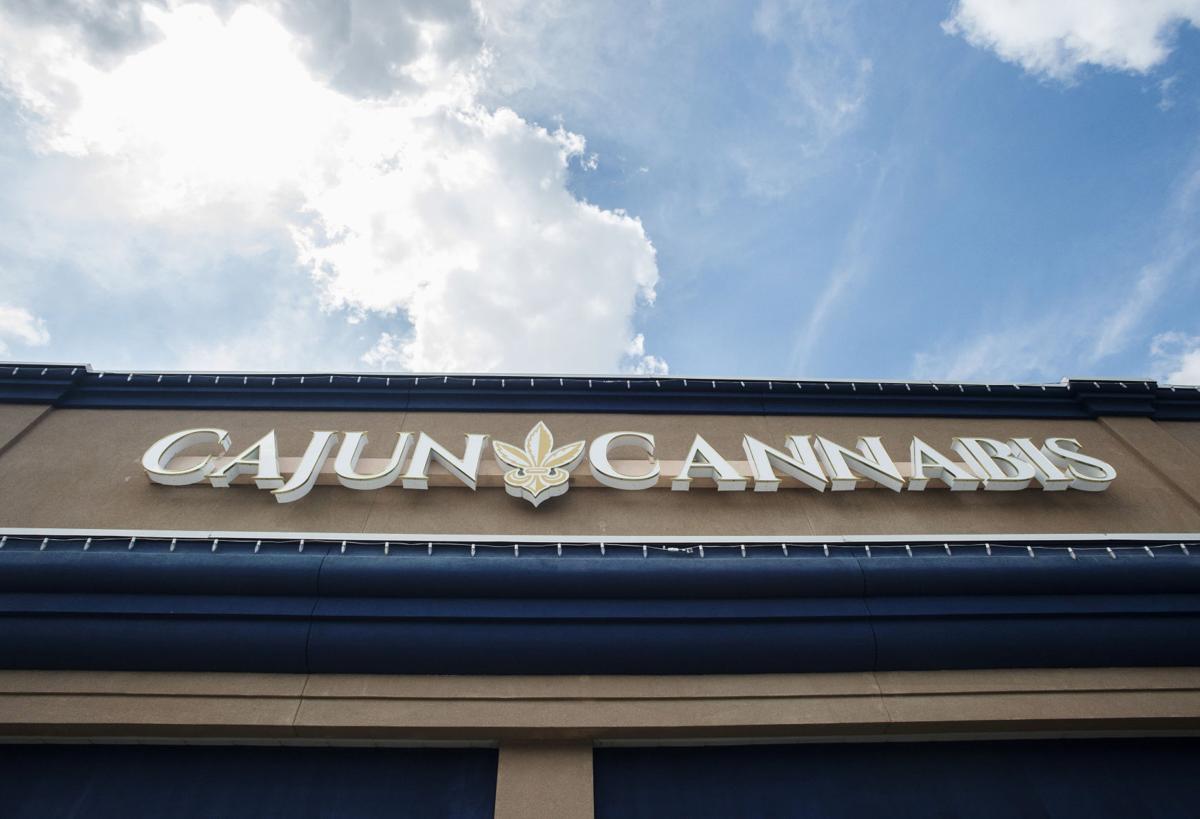 The sign outside Cajun Cannabis is pictured Monday, April 29, 2019, in Lafayette, La. 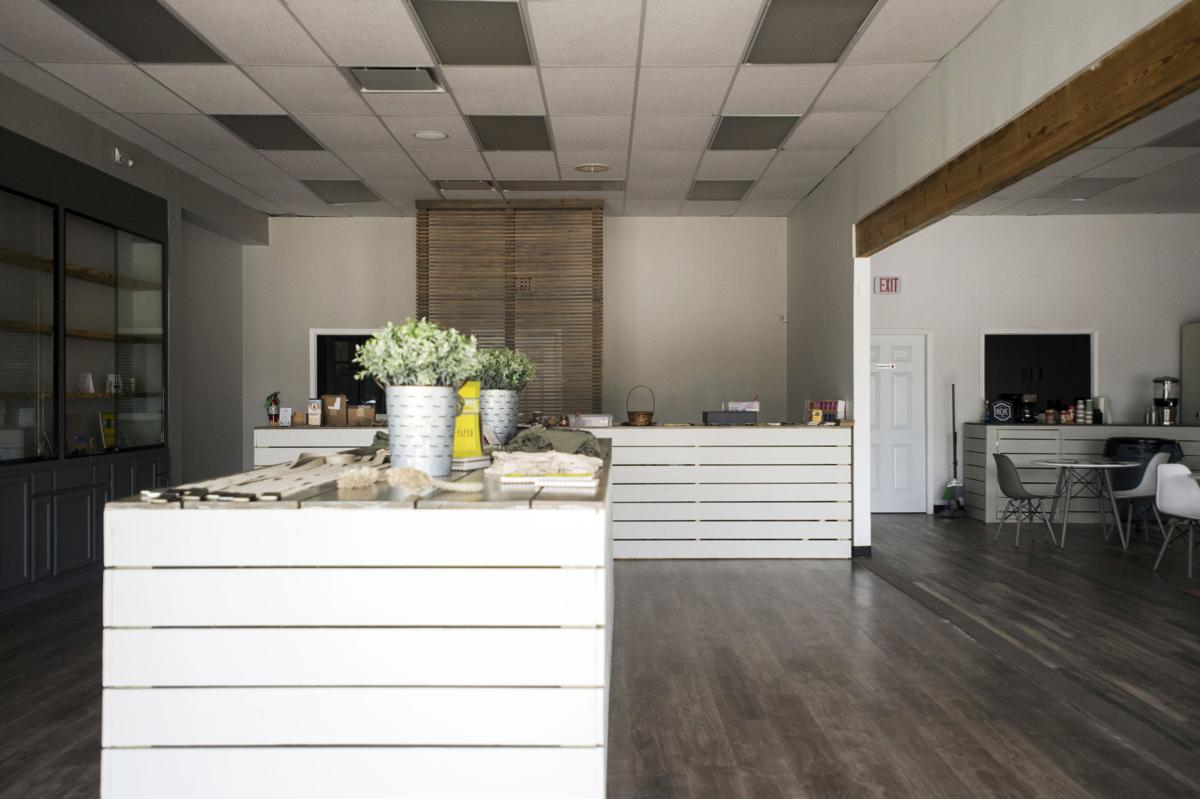 The lights are off and no one is on site at the closed Cajun Cannabis store Monday, April 29, 2019, in Lafayette, La. 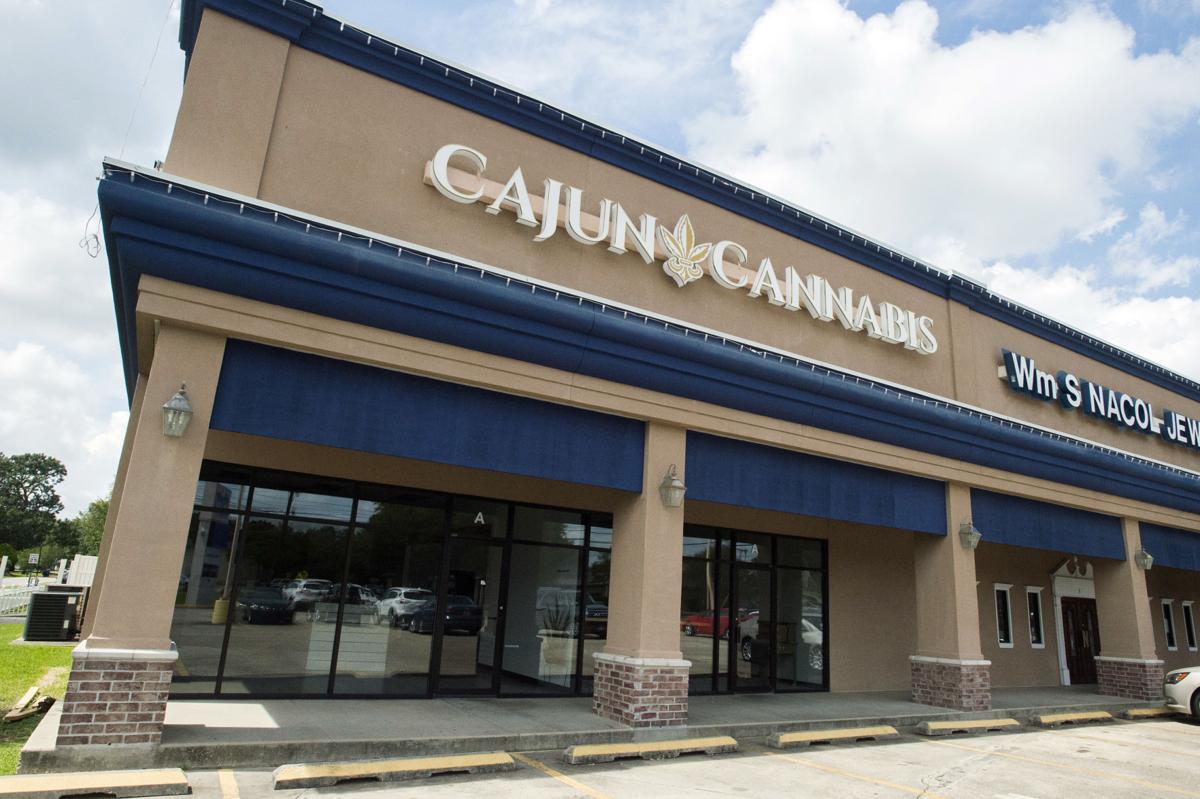 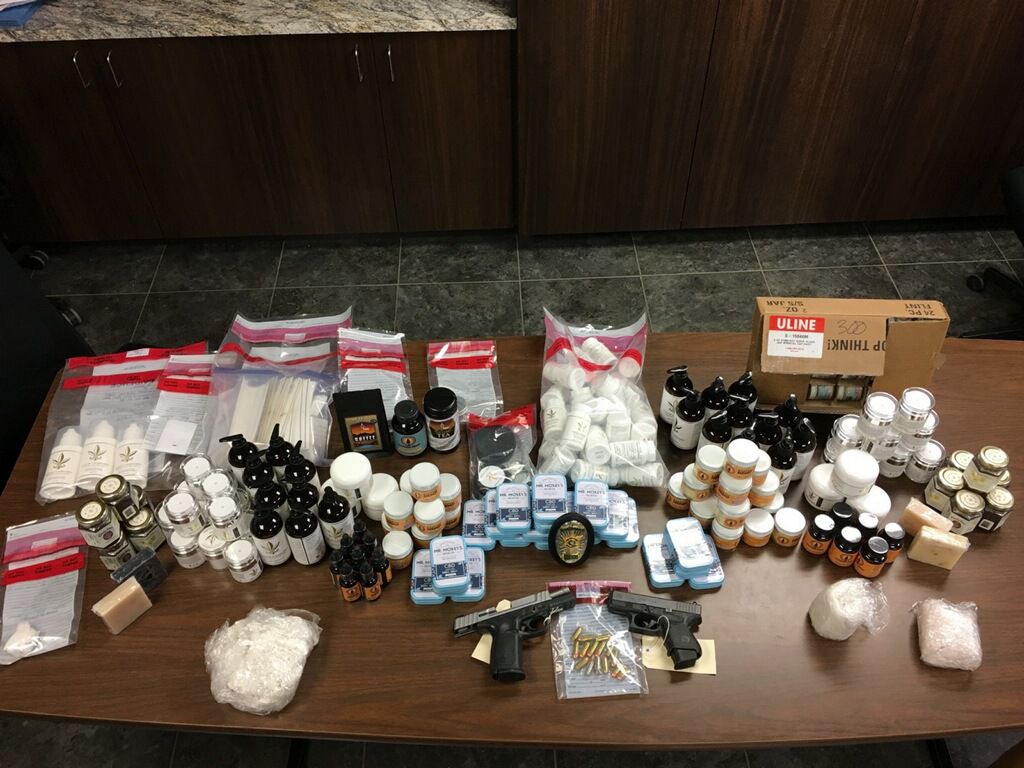 The sign outside Cajun Cannabis is pictured Monday, April 29, 2019, in Lafayette, La.

The lights are off and no one is on site at the closed Cajun Cannabis store Monday, April 29, 2019, in Lafayette, La.

DeYoung’s arraignment is scheduled for March 10. The Cajun Cannabis owner had just arrived in Denver on Tuesday ahead of a hemp trade show and expo when he received a text message from a friend informing him of his indictment.

“I first heard about it from someone who saw it on TV. I got my court date from the news. It’s kind of crazy,” DeYoung said.

He said in the nearly nine months since his arrest he hasn’t been in contact with the district attorney’s office or the Lafayette Parish Sheriff’s Office about the charges. DeYoung said he had been “focused on compliance with the new state and changing laws” and serving the community through his business.

DeYoung said he’s not sure what changed, but he’s concerned the move will most hurt the customers, mostly chronically ill, disabled or seeking alternatives to prescription drugs, who seek out his CBD products.

“I believe what the officers were doing they were trying to do in the best interest of the community. As time goes on, [my] actions won’t be seen as destructive, but courageous. They’re trying to stifle the pioneers and reverse the progress that we’ve made,” DeYoung said.

The drug in question was Delta 9-tetrahydrocannabinol, or THC. THC is the psychoactive chemical in marijuana that gets users high. Previously, Louisiana law defined any substance derived from the cannabis plant as marijuana, even if it had zero trace of THC.

CBD, or cannabidiol, is a non-psychoactive compound extracted from the cannabis plant. It's typically extracted from hemp, a variety of cannabis distinct from marijuana because it's low in THC. In 2018, federal law stated that hemp and marijuana were genetically distinct and hemp and hemp-derived products, with less than 0.3 percent THC, were allowable for legal sale nationwide.

The difference between state and federal law created a legal gray zone that CBD retailers jumped on, but were also wary of.

In the past, DeYoung said he knew there were risks associated with opening his business but believed the risks were worth advancing knowledge and acceptance about the CBD industry. DeYoung and his attorney, Michael Domingue, maintained that DeYoung’s products were THC-free and had been tested by a third-party lab facility.

“I was fully aware of the risks and I take full responsibility for my actions,” DeYoung said after his release from jail. “Eventually as people, elected officials and law enforcement are informed and educated about the healing effects of CBD oil, this issue will go away as being controversial.”

The Cajun Cannabis owner spent a handful of days in jail after he was pulled over in his vehicle on April 24 and his business was searched by law enforcement, less than a week after he opened his CBD and hemp-focused retail shop and café in the 3800 block of Johnston Street.

Deputies seized 17 bottles of CBD oil, 14 bottles of CBD gummies, 69 glass jars of CBD Shatter, a box of CBD mints and a handgun from DeYoung’s vehicle, they said.

In total, DeYoung was booked on over a dozen drug and weapons charges.

Lafayette Parish Sheriff Mark Garber said at the time DeYoung’s arrest was the result of an ongoing investigation after multiple complaints were made about illegal activity at the Cajun Cannabis storefront. Police bought products from Cajun Cannabis and they tested positive for THC, but Garber did not reveal the level of THC in the products.

Garber also said DeYoung was selling products outside of his storefront but didn’t elaborate.

In early June, the Louisiana Legislature passed two laws that created a framework for the legal sale of hemp-derived CBD and the growth of industrial grade hemp. The sale of CBD is being regulated by the Louisiana Office of Alcohol and Tobacco Control, who put in place temporary permits while the agency works out a regulatory framework for the product.

Businesses aren’t allowed to sell non-U.S. Food and Drug Administration approved edibles or beverages, or any smokable or vapable products. They’re also required to label every product with a scannable QR code that will take customers to a webpage detailing the product’s THC content and other metrics.

The Louisiana Office of Alcohol and Tobacco Control listed Cajun Cannabis as a permitted CBD retailer as of Jan. 7. DeYoung said he’s been in touch with the ATC’s leadership and they informed him that he should be able to retain his CBD retail license while the case makes its way through the court.

Considering the changes to state law, DeYoung said he is confused by the district attorney’s office’s decision to move forward with his criminal case.

“I don’t understand their case but I’m going to follow the process of the law and I have full faith in the justice system,” he said.

Passenger traffic at the Lafayette Regional Airport set a records in 2019, officials announced this morning.

Cross Culture: This weekend in Acadiana is like that old Statler Brothers song: 'Don't tell me there's nothing to do'

I'm hoping the three-day breather following DanoFest will be enough to right the ship and sail into a week’s worth of happenings. Some already…