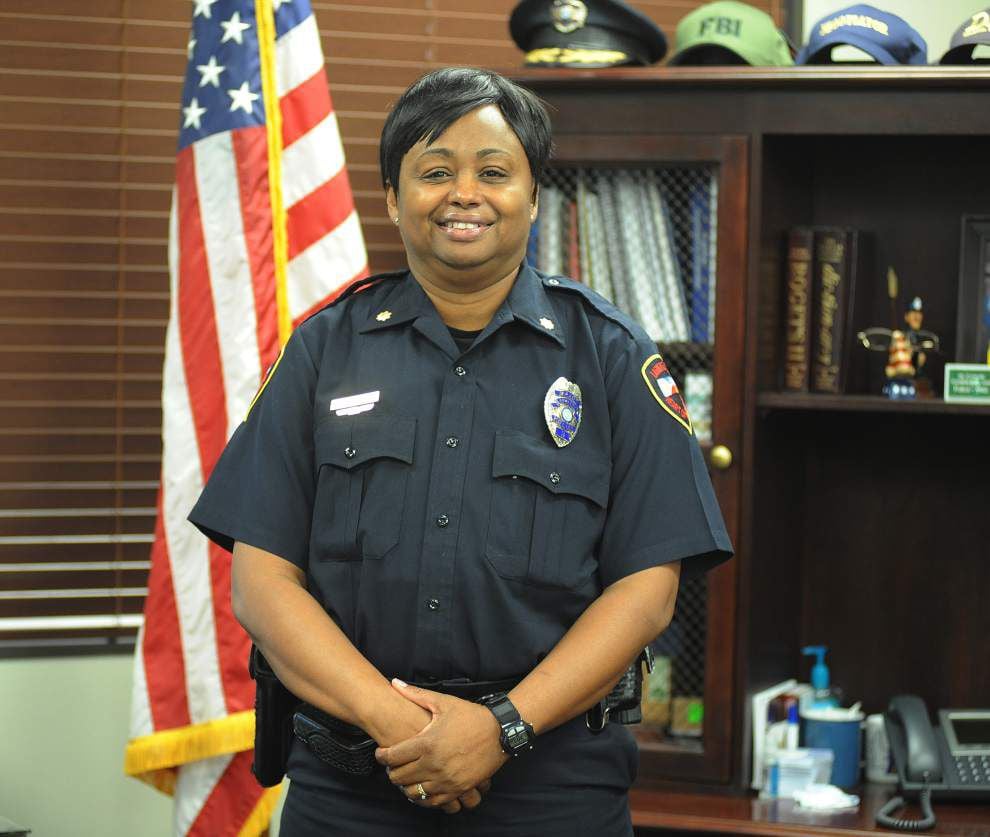 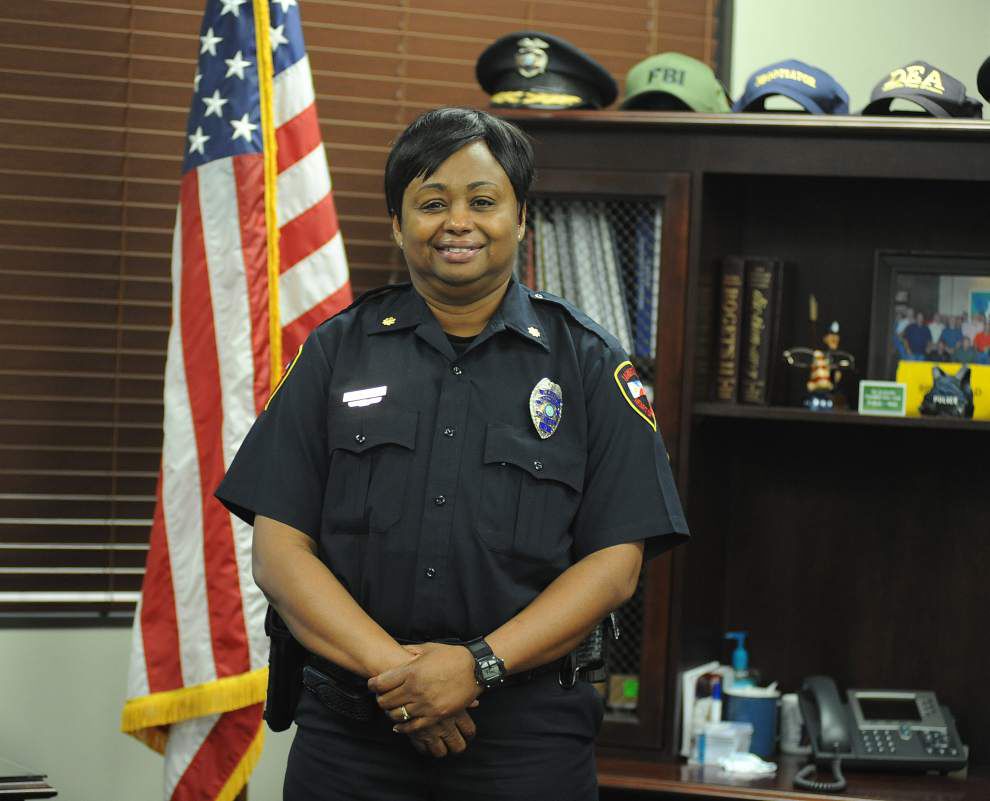 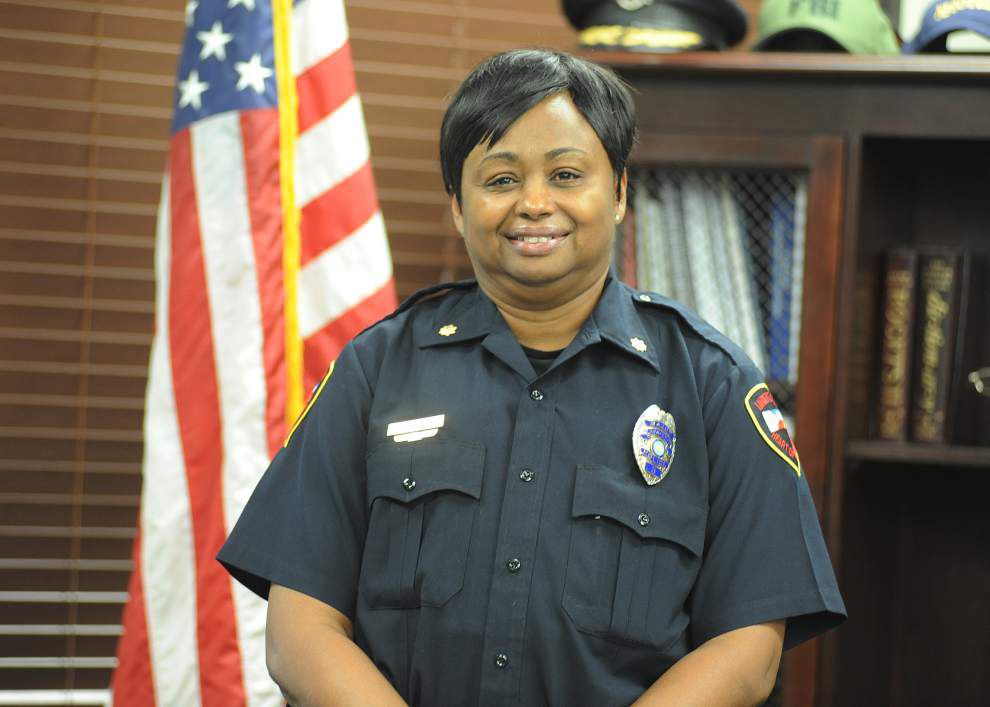 In working with the Lafayette Police Department for three decades, Maj. Luranie Richard has commanded a number of firsts.

Not only is she the longest-employed female officer in the department, but she was the first to earn a supervisory role, trailblazing her way through promotions to sergeant, lieutenant and captain. She achieved another first in her most recent role as commander of an entire precinct, and in February, she became the first woman to achieve the rank of major — making her one of three officers holding the most senior rank below chief.

There are now 25 women working among the more than 250 officers in the department. But when Richard began her law enforcement career in Lafayette in 1985, she would have to prove her merit.

“I was the first female to join the Police Department in a long time, so they have to accept you at first,” Richard, 53, recalled on Monday at the department’s University Avenue headquarters. “But you have the respect of the officers, because they hear about you, and they hear about how you’re doing your job.”

Thirty years later, Richard “has gained a reputation for being fair but firm,” with a “strong work ethic and a professional demeanor,” Lafayette Police Chief Jim Craft said of the newest member of his command staff.

“It is not unusual to arrive on the scene of a major crime or incident and find Luranie already there and taking charge,” he added.

After witnessing crime first-hand while growing up in a rough neighborhood in Opelousas, Richard became an officer at age 23 with a 2-year-old daughter at home and a mission to effect a positive change in the community.

It was during her first two years as a patrol officer — at a time before counseling was offered to those who worked difficult crime scenes — that Richard encountered two eye-opening events that made the harsh nature of her job a reality.

In one instance, Richard was working to resuscitate a woman shot near the corner of Washington and Olivier streets. The woman died in Richard’s arms.

“That was something I really, really took to heart,” Richard recalled. “That still stays with me today.”

Another time, she had to wrangle her gun from an offender trying to take it from its holster.

“That was a shock, because I was like, ‘Wow, this is real. This is not television,’ ” Richard said. “But I still stayed with it. You have to be positive about it. You still have to do your job.”

She moved on to become a training officer, both an investigator and sergeant with the juvenile section — which involves crimes committed both by and against juveniles, from truancy to molestation — and a lieutenant.

And somewhere in between, she gave birth to a second daughter.

“Raising kids in this type of job, you have to separate being a mother and being a police officer,” she said, adding that balancing married life with her career means avoiding too much overtime.

In 2008, Richard became an administrative lieutenant with Precinct 1, a crime-prone area north of University Avenue that includes downtown and the Four Corners area. She stayed there through her promotion to captain, when she became one of four commanders to oversee an entire precinct.

It was during her time with Precinct 1 that she began attending meetings of the La Place Coterie, a neighborhood association representing those within the boundaries east of University Avenue, north of Congress Street and bordered by the train tracks.

Coterie member Amy Dalcour said her experience with Richard was “nothing but positive.”

“She has come to the meetings, she has listened to our concerns, and she has addressed them,” Dalcour said. “She has made us feel comfortable in calling her whenever we had concerns,” even going out of her way to have a dirty lot across from Dalcour’s home cleaned up, she said.

“And that’s not part of her jurisdiction, but she has referred it to people to have those things done,” Dalcour said.

Craft said Richard’s proactive approach to community policing was a big reason he appointed her to head a new community relations committee, a duty now included with her role overseeing nonemergency services — like training and records — as services division commander.

The group, which is still in the works, will include representatives from crime-ridden neighborhoods, including pastors and community leaders, and it’s seen as a way to bridge the gap between the Police Department and the public’s knowledge of how it operates.

“That is the most important thing: community relationship,” Richard said. “When you interact with the public, that helps to curtail crime in your area. And that’s what it’s all about.”

And in 30 years, Richard said, she’s never had to use her gun.