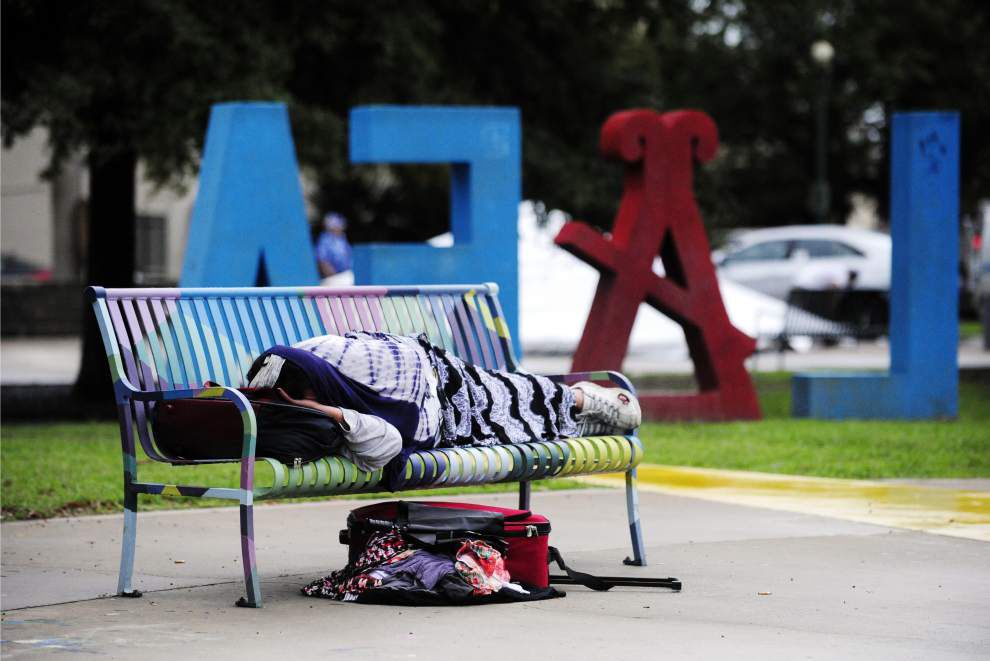 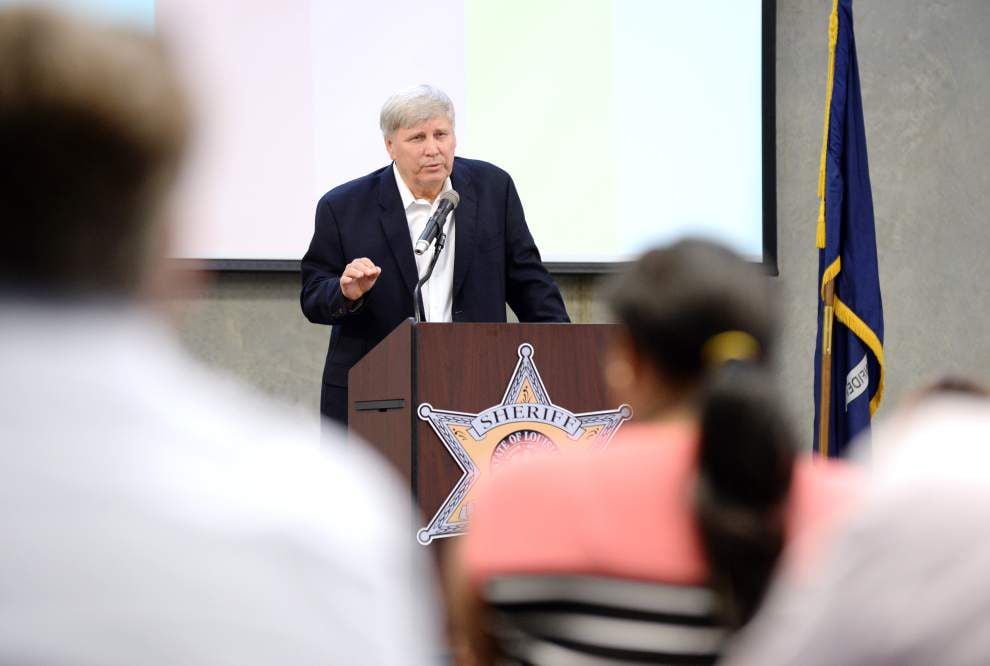 Neustrom said he saw a chance to make a difference in his community back in 1999 when longtime Sheriff Donald Breaux announced his retirement, so decided to run for the job he would end up holding for the next 16 years.

“I just thought it was a chance to implement some of the ideas and thoughts and programs that we had talked about in the classroom — moving it into a real-life setting” Neustrom said in the agency’s conference room on Thursday, his final day in office.

Neustrom’s leadership has taken the agency beyond its traditional law enforcement role. He’s promoted initiatives that divert both adults and juveniles from jail, prepared offenders for re-entry into society and tackled the root of behavioral issues through counseling and treatment programs.

Some of south Louisiana’s homeless are addicted to drugs. Or alcohol. Or are mentally ill. O…

His administration has helped expand public awareness of corrections reform — a shift of focus from punishment to rehabilitation — and brought attention to issues like homelessness, substance abuse and mental health that often send otherwise non-violent offenders cycling through the criminal justice system.

Catholic Services of Acadiana director Kim Boudreaux, whose organization is coordinating with the Sheriff’s Office to provide more housing for the homeless, said Neustrom “forever changed” the way the agency operates.

“I think he was very progressive in the way he viewed the community,” Boudreaux said.

As inmate workers tore up walls in Neustrom’s second-floor office at 316 W. Main St., to renovate for the incoming administration, the outgoing sheriff made lunch plans with his wife as he sampled from a platter of deviled eggs — a going-away gift from the agency’s longtime juvenile secretary, Lena Credeur.

Aileen Daly, a crime analyst who said Neustrom offered her the job while she was pursuing a master’s degree at Louisiana State University, grew teary-eyed when she said her goodbys to the sheriff.

“It’s sad. We’re gonna miss him,” Daly said. “He’s been really good for the Sheriff’s department. He brought us into this century.”

Computers were not prevalent in local law enforcement when Neustrom took office, he said, so one of his first acts was to implement the technology to improve data collection and employee communication. He also led the agency to earn multiple accreditation for its operations and corrections.

Neustrom brought in Rob Reardon as corrections director, who helped lead the sheriff’s vision to establish and grow re-entry and diversion programs designed to prepare inmates for their release and to divert some people from jail completely.

Along with bringing inmates out into the public to perform community service — it’s commonplace today to see orange-clad Lafayette Parish inmates helping maintain public spaces — some are now also allowed to work in the private sector ahead of their release.

A growing enterprise in the business of trash bags, mattresses and cardboard boxes now has a…

A new public safety complex built during Neustrom’s tenure provides minimum-security housing for those transitional inmates, and it also hosts an inmate enterprise through which prisoners manufacture items like trash bags and air filters for Louisiana government and nonprofit agencies. Some can take classes and earn certifications that will help them earn employment upon their release.

Neustrom said there was some push-back early on to the initiatives.

“You can’t just go out and sell the community on, ‘We need to treat inmates differently,’ ‘cause it’s not an easy sell,” Neustrom said. “But I think the more we kind of progress as a society, as a community, we’re kind of seeing that there’s another way to do it. The community over time saw that we were trying to do the right thing, and they embraced it.”

Some policies, though, have stirred controversy.

His administration’s decision not to hold people for U.S. Immigration and Customs Enforcement if they had no pending criminal charges against them — for example those stopped who might lack a driver’s license or other identification — became a political issue in the election to replace him.

The controversy led to a Legislative effort to pull bonding capabilities from Lafayette Parish and New Orleans, which are both labeled by political factions as “sanctuary cities” because of those policies.

Juvenile justice has been another focus of Neustrom’s administration. The Juvenile Assessment Center now serves as an evaluation point for young offenders who may be able to receive social services targeting the root of their offense.

More than two-thirds of juvenile arrestees are diverted to the center, according to the sheriff’s 2015-16 annual report, many of whom qualified for programming instead of detainment.

Neustrom also advocated for successful legislation this year that will, over time, raise the age of criminal majority from 17 to 18 years old.

“I think he was on the forefront before most every other sheriff’s office in Louisiana, and that’s what’s served this community. And it’s changed the conversation about how we handle juveniles,” Robideaux said.

The Sheriff’s Office has also made strides in addressing mental health issues, with the agency hiring full-time mental health staff to provide crisis care, counseling and treatment services for inmates.

Marie Collins, who oversees treatment programs for the Sheriff’s Office and will continue her work under new Sheriff Mark Garber’s administration, said more people who need mental health treatment but end up in jail now have more access to services.

“I see the services continue to grow, along with the number of people’s lives we impact daily,” Collins said, noting Neustrom’s leading role in addressing the issues.

Among Neustrom’s proudest accomplishments is the establishment of Lafayette Parish Criminal Justice Coordinating Committee. The initiative brings together people from all areas of public service — law enforcement, judicial, government, education, health and human services — to better share information among those fields.

Holly Howat, who studied juvenile justice at the Cecil J. Picard Center for Child Development and Lifelong Learning before Neustrom hired her to lead the CJCC, said the committee has opened helped open dialogues between public systems to improve safety and justice.

One initiative spawned through the CJCC is the Mental Health-Criminal Justice Collaborative, which brings people together like the committee but on a larger scale and is focused on filling gaps in mental health services.

About 60 people from the legal system, law enforcement and social service agencies in Lafaye…

Neustrom said he sees a growing recognition among law enforcement agencies around the country of the value of offering mental health and substance abuse services.

Our Views: Save money on prison costs

Jails exist for a reason, and we want as many dangerous criminals there as law enforcement and catch and convict. But the high costs of jailin…