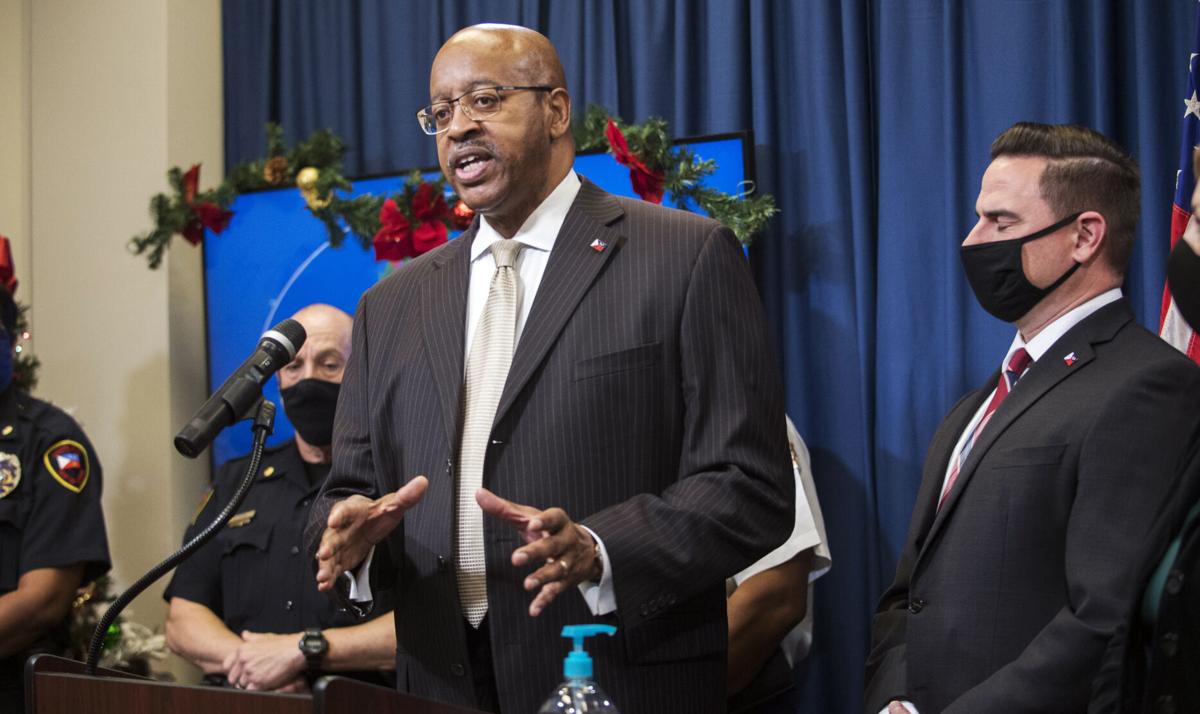 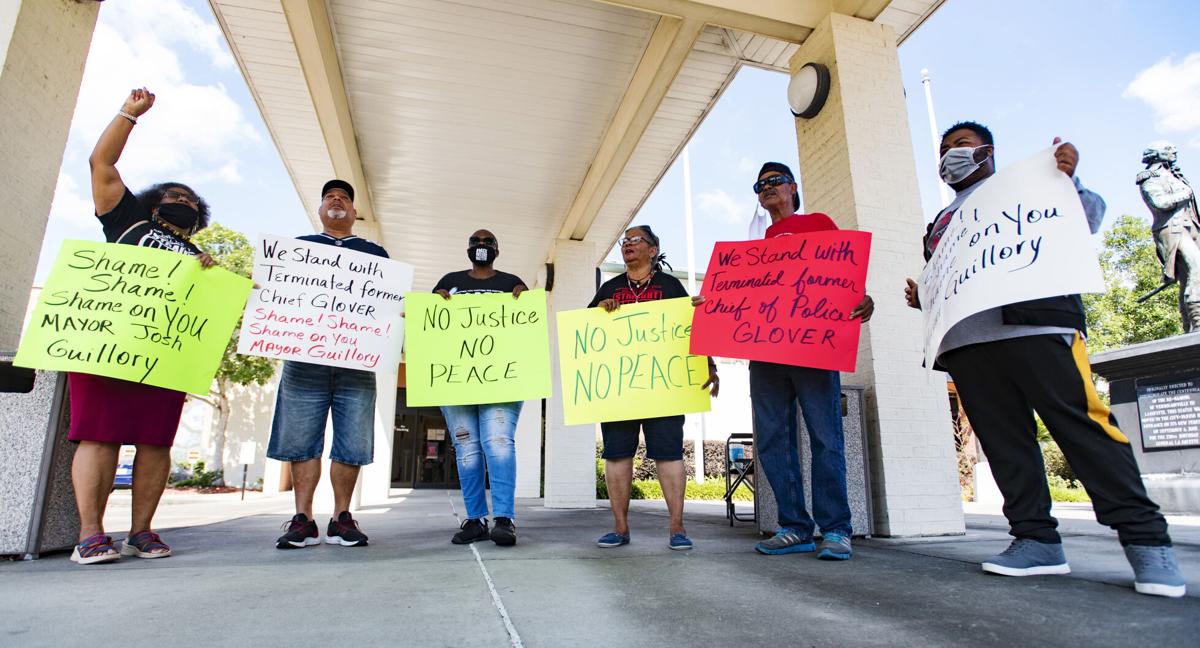 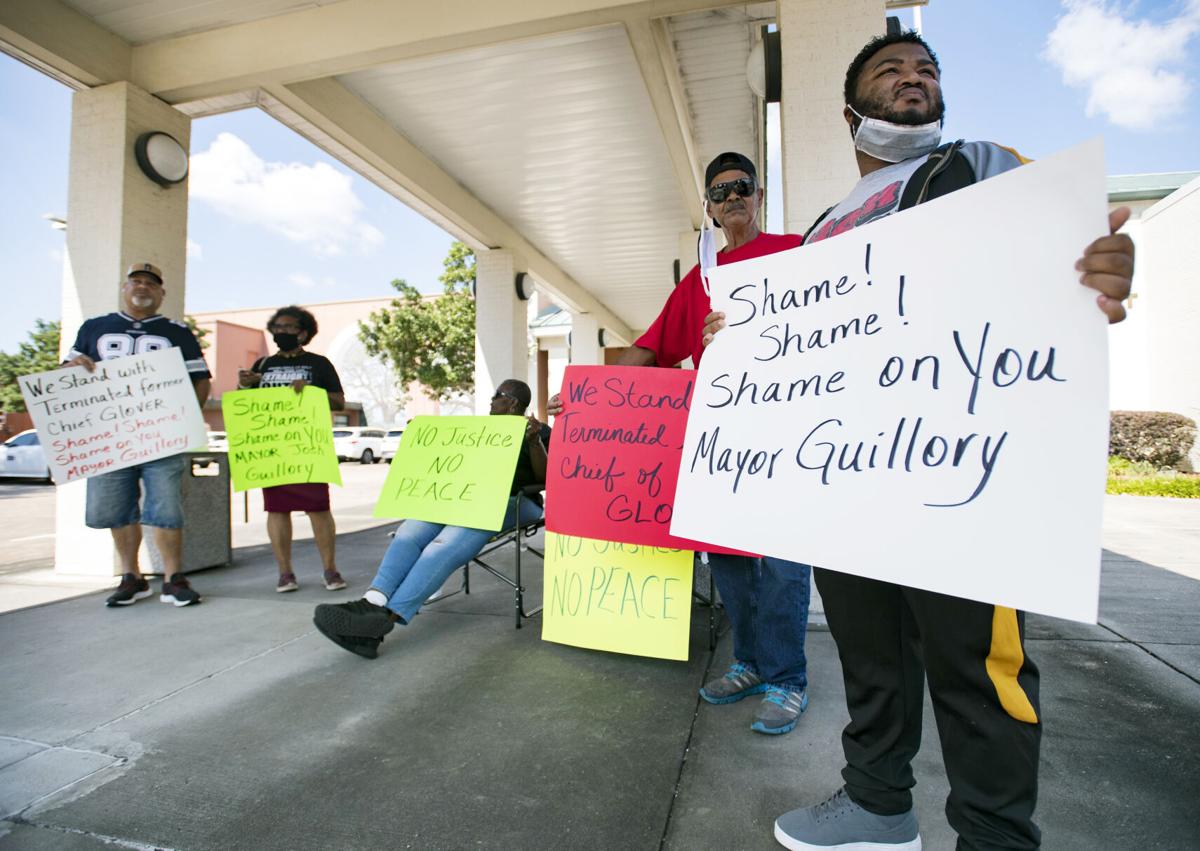 Thomas Lee Glover, Sr. said the phrase was often repeated by Mayor-President Josh Guillory during Glover's 10-month tenure as chief of the Lafayette Police Department. It’s a statement that will stay with him now that his time with the department is over, he said.

On Thursday, Lafayette Consolidated Government announced Glover had been fired from his position as chief of police under Guillory’s administration and Sgt. Wayne Griffin had been installed in the position as interim chief. Griffin, a 19-year veteran with the department, was a finalist in the 2020 hiring cycle that ultimately tapped Glover to lead.

It was a normal Thursday at the office.

Lafayette Mayor-President Josh Guillory on Thursday fired Police Chief Thomas Glover after less than 10 months on the job, according to an ema…

Glover said he arrived at 8 a.m., completed routine paperwork and leadership tasks, met with his command staff to brainstorm methods for combating violent crime in the city and addressed a luncheon of retired educators as part of his citywide efforts to strengthen community relationships with the department.

Leaving the luncheon, he glanced down at his phone and saw several missed calls from the LCG human resources director ordering him to report to city hall at 2 p.m. He walked into a conference room where Guillory and Chief Administrative Officer Cydra Wingerter were waiting. She told him they no longer had confidence in him and he needed to resign.

Glover said he refused, having given his word to community members he’d stick out any trials. Wingerter announced he was fired and Guillory was silent throughout the encounter and shook his hand on the way out, the ousted chief said. No reason was given for his termination.

“When you have a thoroughbred you don’t put a blanket and a saddle on it. You put them on the track and let them run. I felt like a thoroughbred who was put out to pasture a little early,” Glover said.

Glover took the reins at LPD on Dec. 31. His hiring ended nearly a year of interim leadership at the department following Chief Toby Aguillard’s resignation the day of Guillory’s swearing in; Aguillard left under pressure from the new mayor-president to resign or be fired.

Glover came from the Dallas Police Department, where he spent more than  36 years working across the department in units such as domestic violence, personnel and recruiting, property crimes and 911 communications. He retired in 2017 as a watch commander overseeing an area of about 180,000 residents. When he moved to Lafayette, the new chief announced a department vision focused on community policing, transparency and accountability.

He thought it was going well.

Glover said he implemented a task force that netted roughly 130 arrests and seized about 50 illegal weapons off the streets since August, he personally appeared at the scenes of homicides, deaths and serious injury cases, held town halls and open meetings with community members, increased training around mental health response and de-escalation for officers, and was proposing programs to combat juvenile crime, like a counseling hotline for youth in crisis and a youth employment program.

He was expected to address the city council about these efforts at a mid-October meeting.

“I made my presence known. I did a lot of stuff I didn’t have to do as chief….I knew what was at stake and I knew what was important. I knew I couldn’t be a marginal performer. I knew I had to be exceptional...that’s the way I performed,” Glover said.

The former chief said he wasn’t able to share his initiatives with the public and media as often as he wanted. While in Dallas, he said he’d seen how a proactive media approach could help empower community members to assist in crime-fighting efforts and quell criminal activity.

Thomas Glover Sr. is wasting no time at the Lafayette Police Department.

“Sometimes there was radio silence [from LCG],” Glover said, recalling press releases that were submitted to LCG’s communications department and never released and a press conference to announce a multi-agency task force to combat violent crime that was scrapped days before the planned announcement.

LCG spokesperson Jamie Angelle told an Acadiana Advocate reporter there would be no further comment on Glover’s firing because it is a personnel matter. As the employee in question, Glover said he has no objections to the administration addressing the reasoning behind his termination in public and desires their comment.

The ousted chief said he’s “befuddled” by the situation.

He said he aggressively pursued his personal goals for the department, but Guillory’s administration never gave him defined objectives he was expected to meet during his tenure, beyond general areas of interest. That was a point of frustration for Glover, who said he met with Wingerter in September for a performance review for the first time.

In complaint against Lafayette police, political operative allowed to review documents and video

Glover said he thinks his termination has more to do with politics than performance.

Hailing from Dallas, Glover said being an outsider created internal tension in the department as some officers chafed against his changes, such as enforcing no tobacco use in front of residents while responding to calls, reorganizing areas to put more officers on patrol and putting a greater focus on data in performance reviews, among other reforms.

“When I came in I used to quote this to them all the time...I have no enemies to punish and I have no friends to reward. I’m just here to do a job,” he said.

He thinks the tension over reform may have prompted donors to pressure Guillory to maintain support from officers in election preparation on the horizon.

When he was hired, the possibility of making waves was something the men discussed directly. Guillory assured the chief he’d have his back, Glover said.

“I said you’ll be able to tell if I’m successful...If I reform the police department properly, I’ll have to change the culture and you’ll know because the resistance is going to come,” he said. “The first thing they’re going to do is they’ll start telling lies on me. Then they’re gonna start going to the media secretly. The third thing they’re gonna do is they’ll start talking about how morale is down and there’s a vote of no confidence. If I get to that point, that means I’m being successful in changing the culture. That’s what happens around the country.”

In complaint against Lafayette police, political operative allowed to review documents and video

He plans to enjoy some needed rest and relaxation, with a football game and stop at the State Fair of Texas on the itinerary, and catching up with his grandchildren, whom he’s rarely seen since assuming leadership of the Lafayette Police Department 10 months ago.

Not all of his time will be spent leisurely. Glover said he’s seeking legal advice on his termination, and is in talks with community members to help develop a violence prevention program community groups and nonprofits can implement. While not an officer, he’s passionate about helping to make the community safer as a private citizen.

He said he wants the city to be united and hopes the community supports Griffin.

“[My time in Lafayette] was very valuable. I’ve met some of the greatest people I’ve met since I’ve been an adult and I’ll always remember it. I’ve made some lifelong friends,” he said. “I love Lafayette. I like the food, I like the culture, I like the people...I have no regrets.”