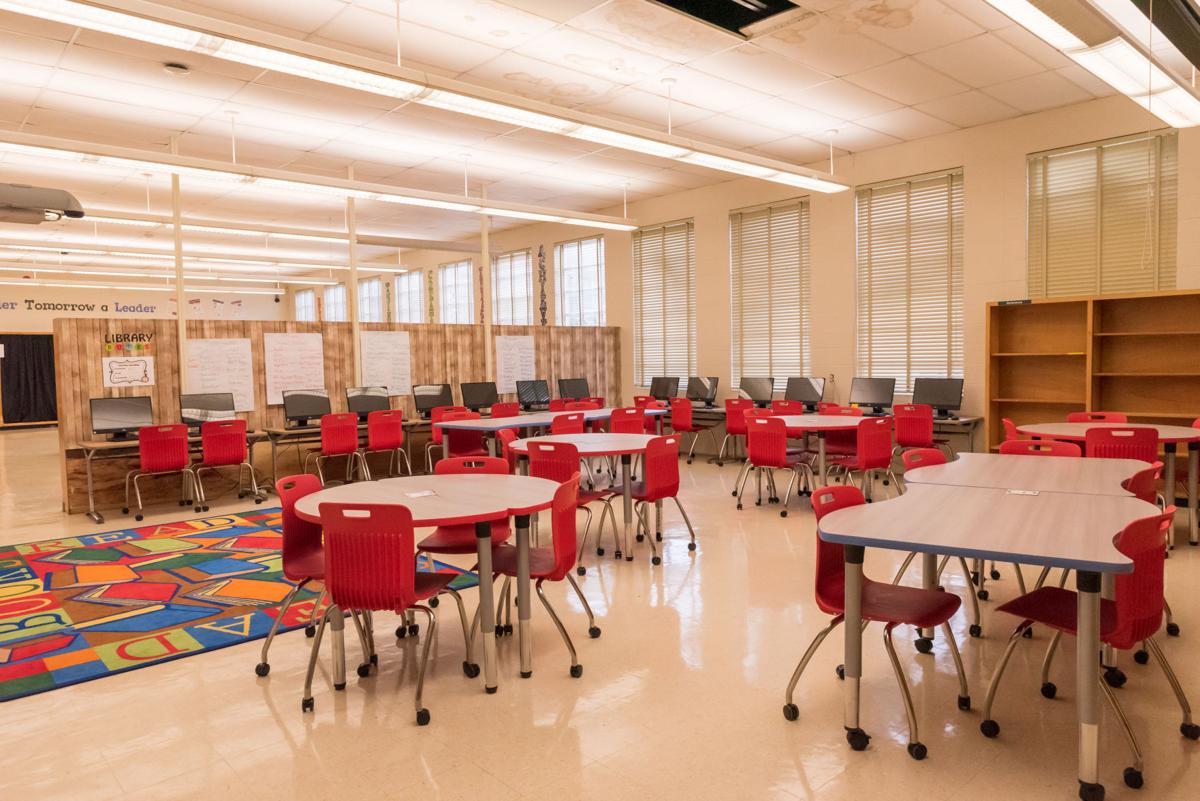 Advocate file photo of a classroom 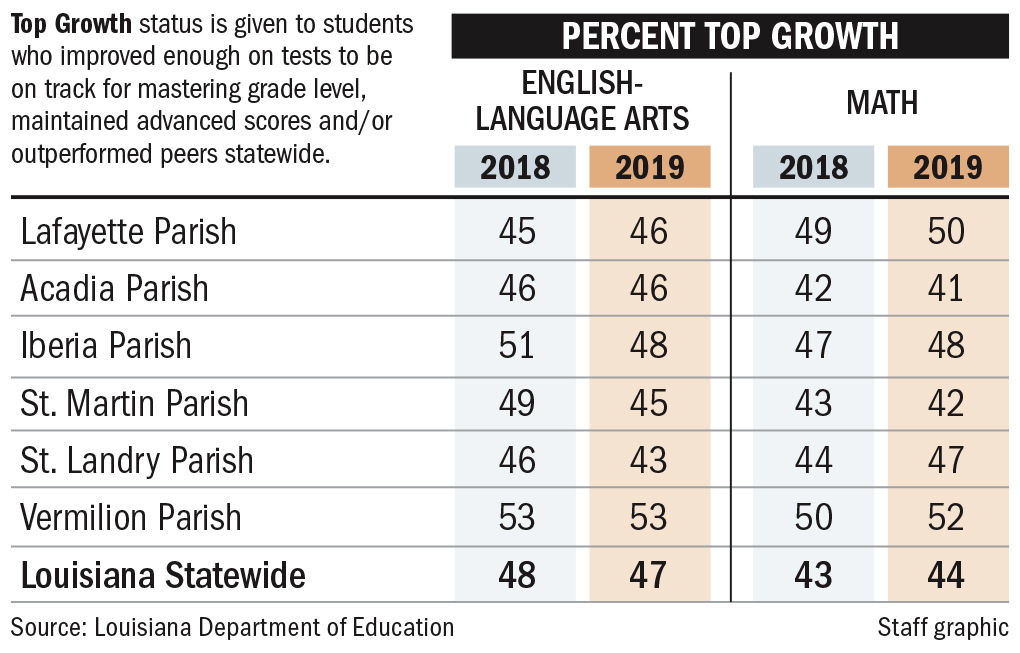 TOP GROWTH: In most Acadiana school districts, less than half of students are showing satisfactory growth on English language arts and math LEAP scores

About half of Lafayette students made satisfactory progress toward subject mastery in English and math from the 2018 to 2019 school year, Louisiana Department of Education data released Tuesday showed.

This is the second time the state has released data on student progress in addition to LEAP final score assessments. The addition aims to provide more nuance in student and school assessments by showing how well students are growing en route to mastery, education superintendent John White said.

To assess progress, each student is assigned a target score to achieve on the LEAP test. Students are recognized as accomplishing “top growth” if they reach the goal or if their growth outpaces their peers. Peers are compared based on historical LEAP performance, economically disadvantaged status, English learner status and disability type, among other metrics.

Statewide, the rate of academic growth declined a point in English language arts and grew by a percentage point in math, with 47% earning top growth in English and 44% in math in 2019.

In Lafayette, there was a one percentage point increase in both categories, with 46% earning top growth in English and 50% in math.

In each category, 21 schools had more than 50% of students accomplish satisfactory progress in 2019.

Rabalais said it’s important to note schools with slight declines may have had teachers retire or resign midyear or experienced other disruptions that could impact scores. Administrators consider each school’s situation and assess how they can help principals and teachers mitigate disruption for students.

“How do we prepare our leaders and our administrators when those situations do arise?” Rabalais said.

Eight Lafayette schools were ranked as outstanding schools for the eight-parish region the Louisiana Department of Education defined as “Acadiana.” The status is awarded to the 15 schools with the highest overall English and math progress scores in the region, officials said.

High-performing students — or students who score in the advanced category for their grade level — can achieve top growth status by maintaining their high scores, even if their test scores don’t increase, which could mitigate small shifts in overall growth scores.

The Ascension Parish school district had planned to buy five new diesel school buses over the next year at a cost of $500,000 to replace buses…

At Westside Elementary, the number of students reaching their goal scores or outpacing peers grew from 52 to 68% in English and from 40 to 73% in math in 2019.

At Green T. Lindon Elementary, the population of students achieving top growth grew from 48 to 66% in English and 49 to 67% in math – both 18-point jumps. Green T. Lindon Principal Ginger Richard credited the school’s increased focus on literacy and teachers’ efforts to hone in on each students’ needs.

“The goal is always focusing on every child, every day. No matter where we are on the chart in comparison to other schools, I want to make sure we’re meeting those children’s needs every single day,” she said.

One of the outstanding schools, Early College Academy, still made it in the top group despite an 11-point decline in students' development in math. Principal Alexander Melton cited the school’s small student population and a low number of freshman testing in the Algebra I category for the change.

The LPSS held an open house for the Dr. Raphael A. Baranco Elementary School in Lafayette.

With between 250 to 275 students, their scores are more susceptible to large variations when a few students have shifts in progress. But it is something they’re watching and trying to improve on, he said.

ECA remained in the top category despite its slip because of many high-performing students. Melton said even being a high-achieving school, there’s always room for students to improve.

“You can always grow. We have the challenge of pushing students closer to maxing out. That presents its own set of challenges, just like a school with lower performing students,” he said. “Whatever pool of students you have the goal is that the teacher makes them grow and the students leave the classroom higher than when they walked in.”

There were several schools that showed significant jumps in student development that weren’t included in the outstanding schools category.

Myrtle Place Elementary was up 10 points in English from 2018, with 53% of students achieving top growth. They also saw gains in math, rising from 51 to 63% of students reaching their goal scores or outpacing peers.

“It’s encouraging for a teacher and a school principal to see that growth,” he said. “The teacher may not have hit mastery with every kid, but if they went from approaching basic to basic that’s significant work.”

The new progress measure is part of an overhaul of school and student assessments at the state level. Recently, the state increased its measure of student proficiency from a score of basic on the LEAP exam to a score of mastery. By 2025, the goal is for an average student in an A-rated school to achieve mastery or above on the state tests.

The aim is for students in elementary and middle schools to achieve mastery by 8th grade, signaling readiness for high school, and for high school students to earn mastery status by 10th grade.

The progress assessments will count for 25% of the overall school performance scores for elementary and middle schools and 12.5% for high schools. Those letter grade assessments will be released this fall.

Two weeks into the school year a new principal has been appointed at Alice N. Boucher Elementary.