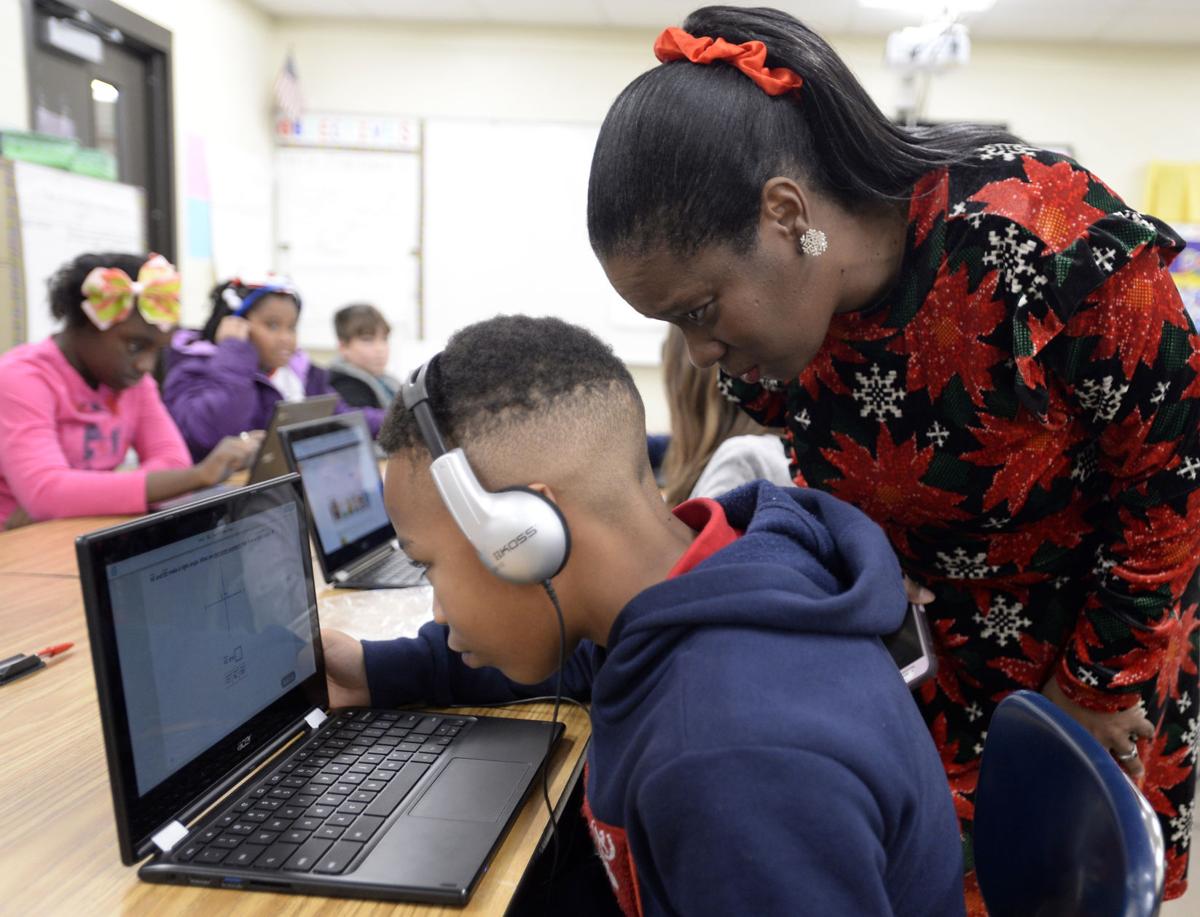 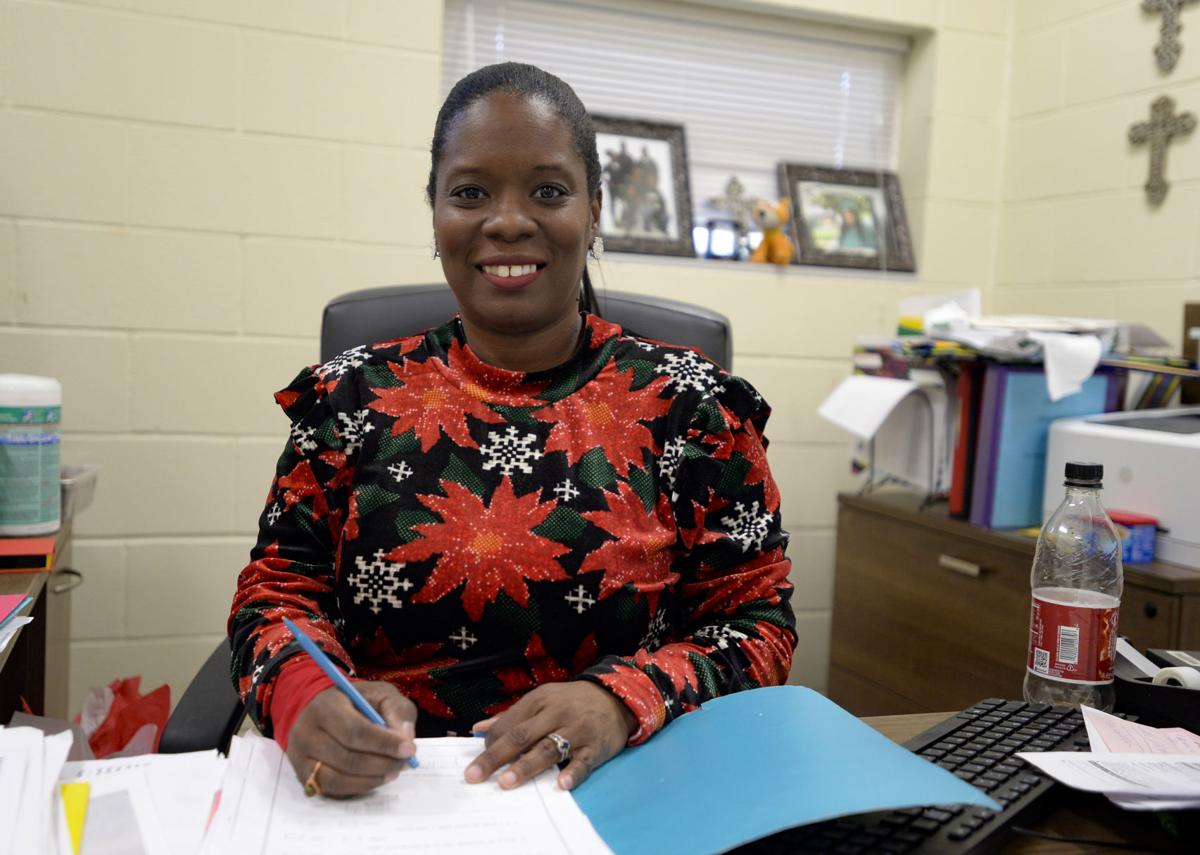 Principal Lisa Thomas can be seen in her office at Westside Elementary School on Thursday, Dec. 19, 2019, in Scott. 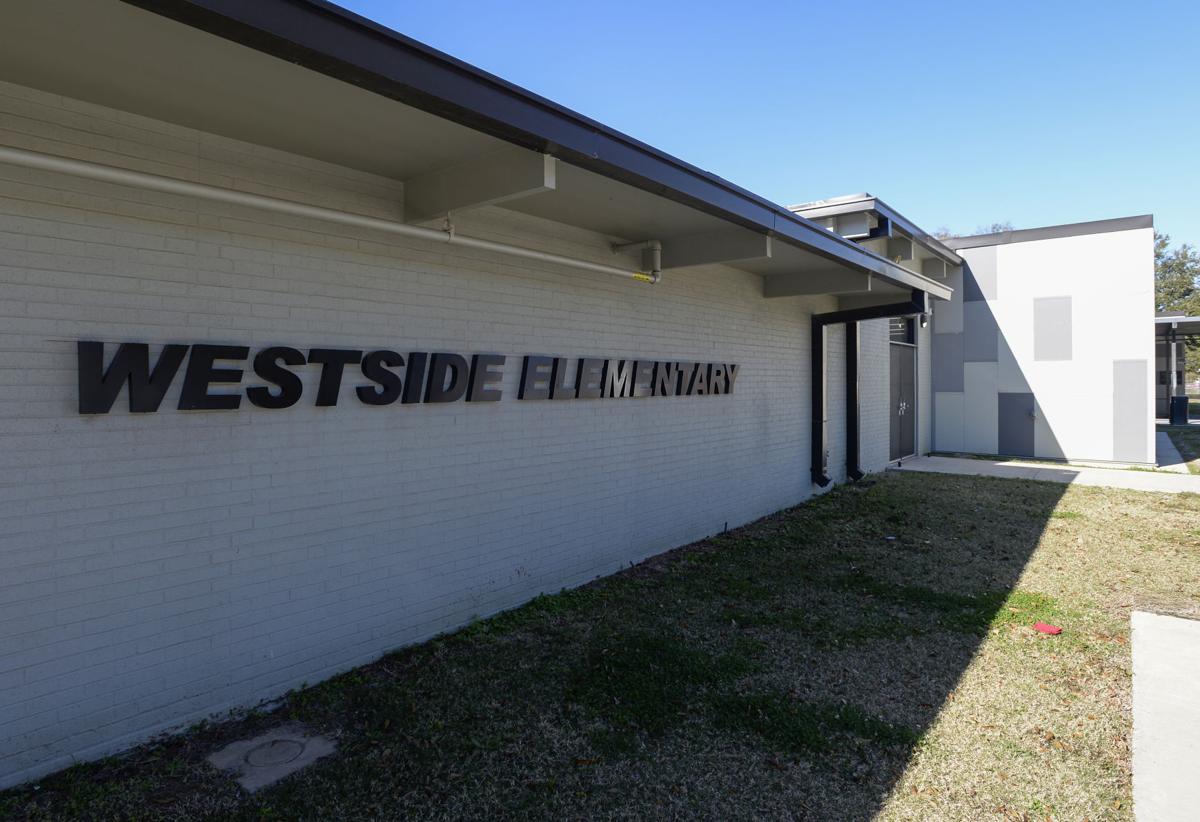 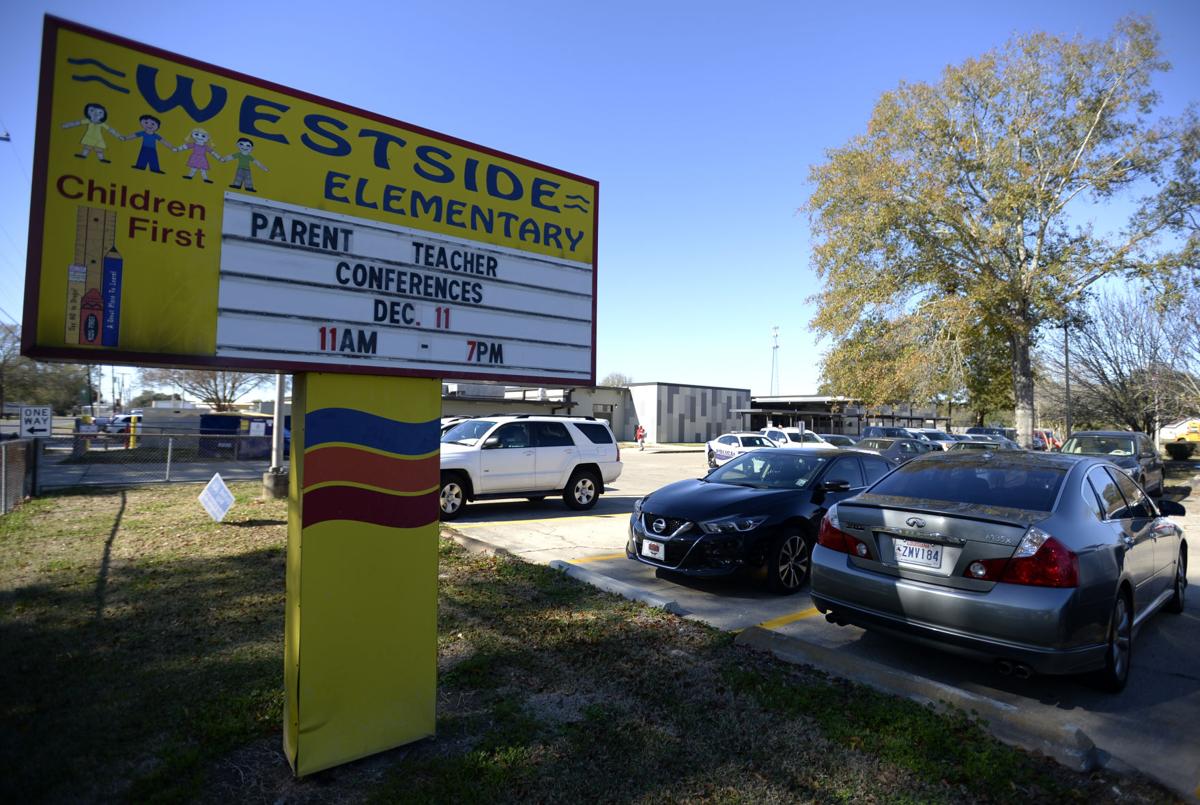 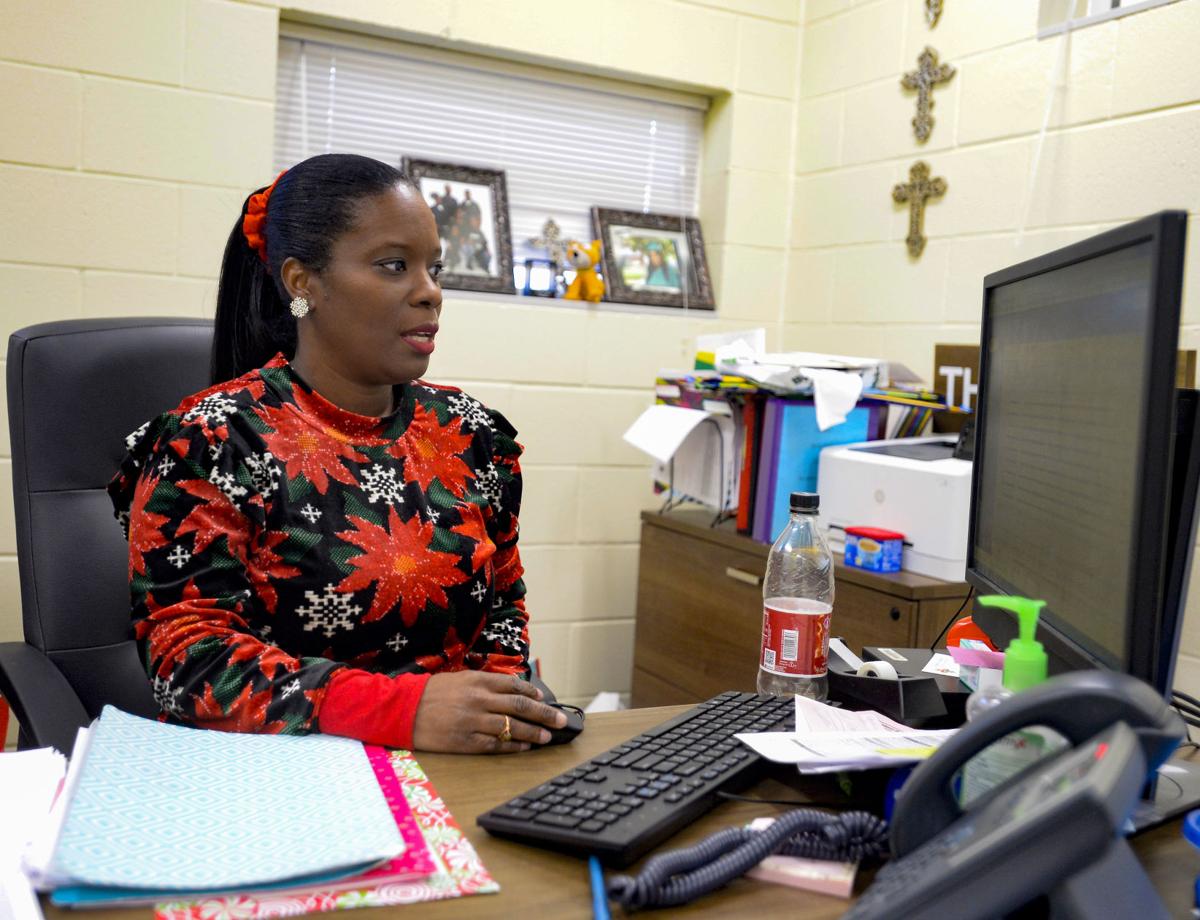 Principal Lisa Thomas is shown working in her office at Westside Elementary School on Thursday, Dec. 19, 2019, in Scott. 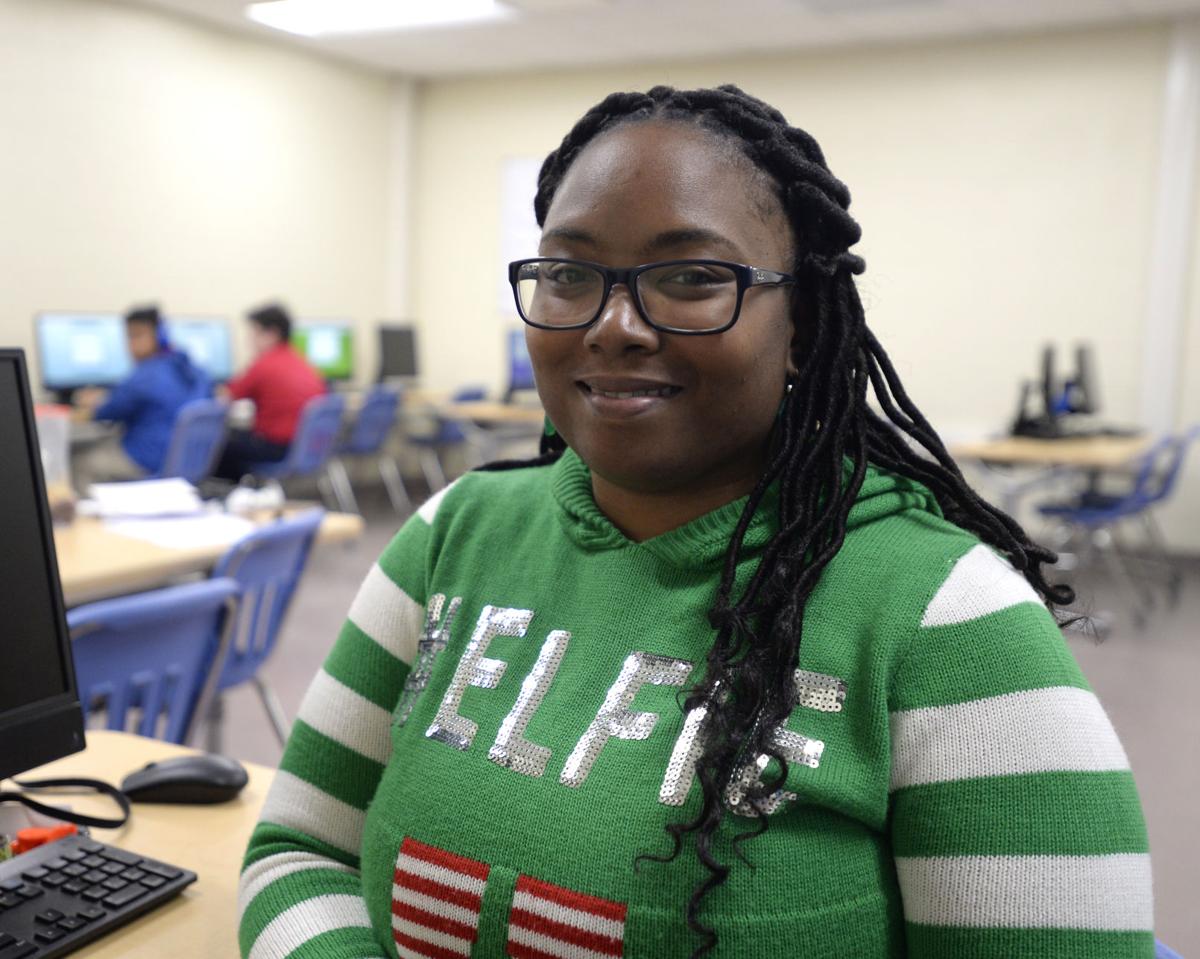 Christina Buckner is pictured at Westside Elementary School on Thursday, Dec. 19, 2019, in Scott. 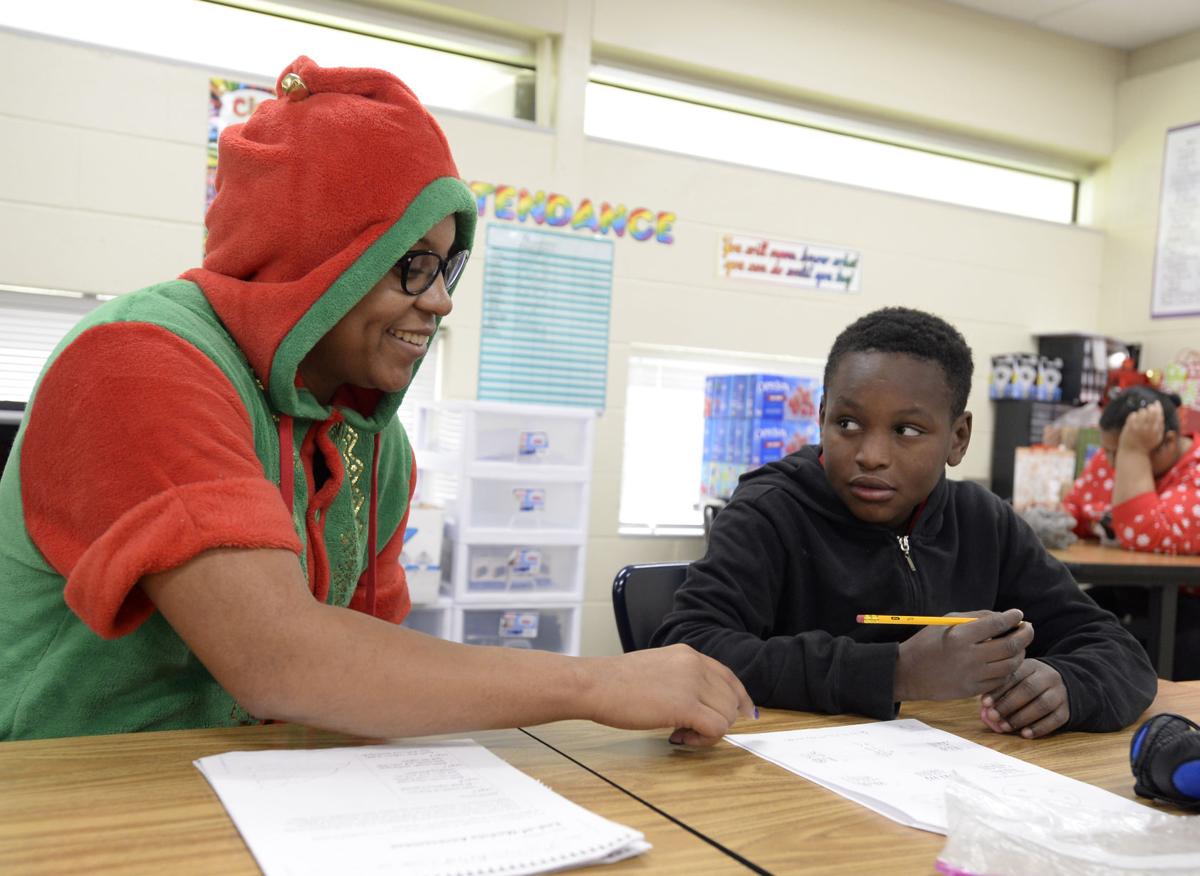 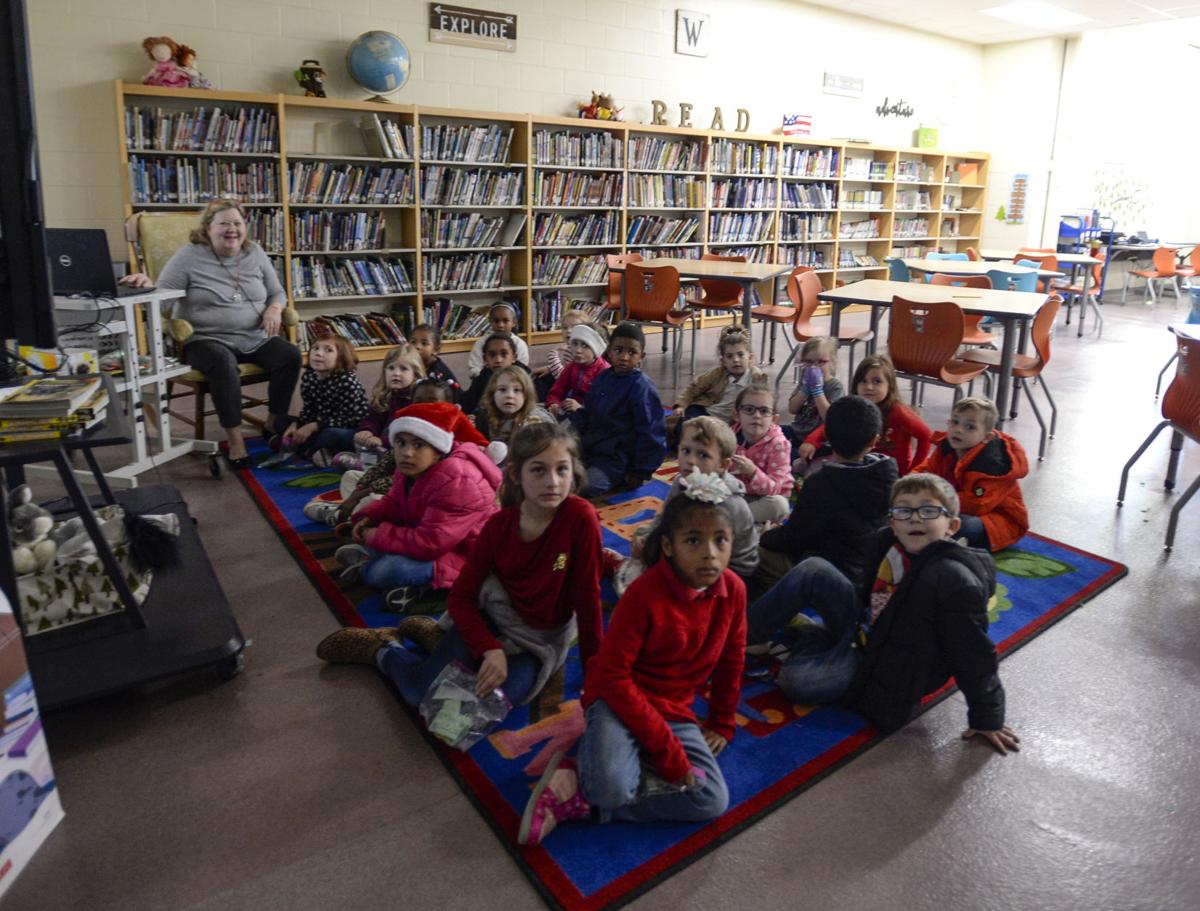 A class is held in the library at Westside Elementary School on Thursday, Dec. 19, 2019, in Scott. 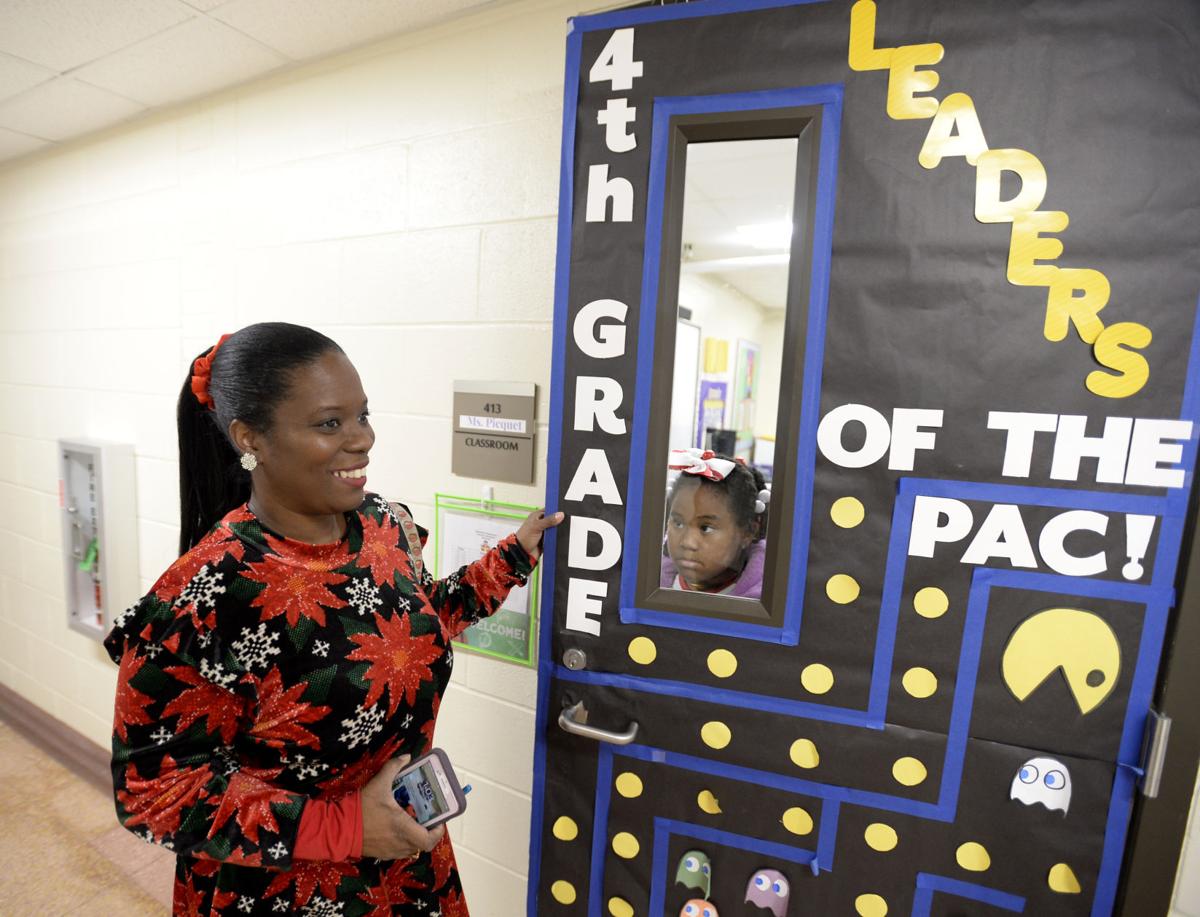 Principal Lisa Thomas can be seen in her office at Westside Elementary School on Thursday, Dec. 19, 2019, in Scott.

Principal Lisa Thomas is shown working in her office at Westside Elementary School on Thursday, Dec. 19, 2019, in Scott.

Christina Buckner is pictured at Westside Elementary School on Thursday, Dec. 19, 2019, in Scott.

A class is held in the library at Westside Elementary School on Thursday, Dec. 19, 2019, in Scott.

For the first time, the school achieved an overall “B” performance score of 77.9, jumping nearly 12 points from the 2017-2018 school year’s “C” score of 66.3. The scores are based on students’ performance on the LEAP exam, a standardized test that measures student performance in math, English, social studies and science. Students begin taking the exams in third grade.

The overall score wasn’t the school’s only impressive metric.

The number of Westside students who reached their goal score or outpaced peers grew from 52% to 68% in English and from 40% to 73% in math during the 2018-2019 school year. Combined, 71% of students achieved top growth, the highest percentage of any school in the eight-parish Acadiana region defined by the Louisiana Department of Education.

This is the second time the state has released data on student progress in addition to LEAP final score assessments. Progress is tracked by assigning each student a target score to achieve on the LEAP test; if they earn that score, or outpace peers of similar demographics, they accomplish “top growth.”

Thomas, who has led the school for the last 14 years, said the forward progress is the result of years of steady dedication and perseverance. It wasn’t magic, but consistency and proven strategies that got them there, she said.

“We’ve been working toward something like that for years; that’s not something that came out of the blue,” Thomas said.

Even so, the achievement was a bit of a shock. When the 2016 flood struck, the school building was inundated with water. Employees from around the school system helped teachers move their materials out of the building as construction teams assessed the damage. First, they thought they’d be out for about six weeks, Thomas said. Then the timeline stretched to a year, then two years.

For the first year the school was split between N.P. Moss Preparatory School and Scott Middle School. Siblings were separated, the campus operating times ran on different schedules and transportation was difficult. Thomas split her time traveling between the two campuses.

“I never wanted us to regress because of the tragedy that our community faced, but that year was so hard. We pushed and we pushed, and we pushed,” the principal said.

The 2017-2018 school year was slightly easier, with the school community reunited on a modular campus behind Scott Middle School. At the same time, between 25% and 33% of the school’s population changed during districtwide rezoning, Thomas said. Finally, in fall 2018, the school was able to return to its rebuilt campus.

Flood-damaged Westside Elementary has reopened after a two-year closure and renovations.

Westside instructional leader Christina Bashful-Buckner said Thomas and the school’s staff decided they weren’t going to let the upheaval compromise their standards or impede student learning. She worked as a fourth grade teacher at the time of the flood.

“Ms. Thomas said we’re the school, the building’s not the school, so wherever we go learning is going to take place. We just fought through it and did what we needed to do,” she said.

“I think relationships play a key role in the growth. I feel like if the students didn’t feel that it’s important to us or that we care for them, they wouldn’t do as well,” Bashful-Buckner said. “Also, you can’t help a student if you don’t know where they are.”

The relationship building begins from the top down, she said. Thomas and other administrators mentor struggling students through frequent meetings, lunchtime reading groups and other activities. The principal said she encourages the teachers to do the same.

Bashful-Buckner said the teachers focus on knowing the students on a personal level, by engaging them in their interests, making the learning environment fun and establishing connections with parents and caretakers. They also know them from a data perspective, homing in on their struggles in the classroom using several computer programs to tailor interventions and remediation strategies.

The educators said frequent intervention and remediation, reviewing concepts and driving home the standards have been central to the school’s approach. Teachers break students out into small groups for one-on-one instruction, tutors offer in-class supports and after school sessions, and Bashful-Buckner oversees progress monitoring for lagging students.

The interventions aren’t limited to LEAP testers in the third and fourth grade. Starting early is crucial to student advancement, and teachers in kindergarten through second grade employ similar methods, they said. Knowledge sharing and passing on observations to other grades also helps teachers plan and know what material may need to be revisited or taught differently, Bashful-Buckner said.

“We really work as a community. The scores are based on third and fourth grade, but it takes everyone from kindergarten on up to grow that score,” Bashful-Buckner said.

Thomas said the focus moving forward is to keep expectations high and to take strategies that are working a step further. While their recent success is reason for celebration, it isn’t an opportunity to rest on their laurels, she said.

“I hope that we can keep soaring,” Bashful-Buckner said.

Lafayette’s public school system maintained a steady “B” rating on the state’s annual performance assessment, with two-thirds of district scho…