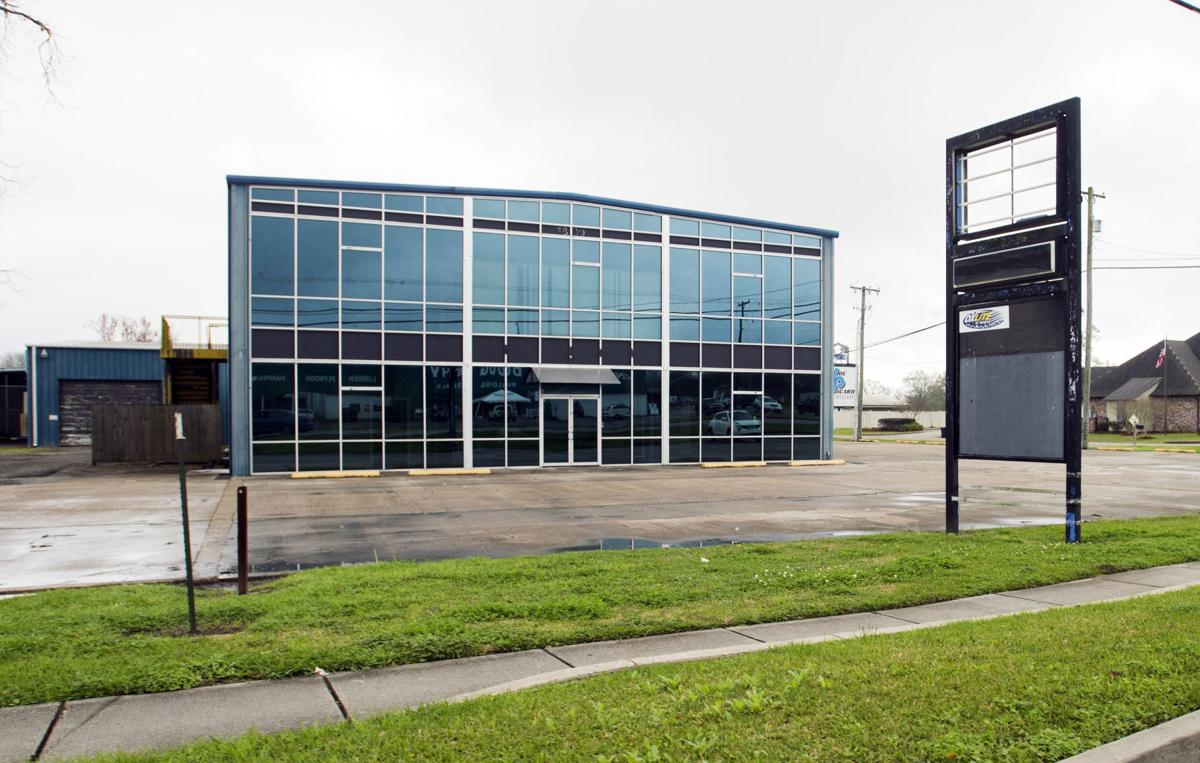 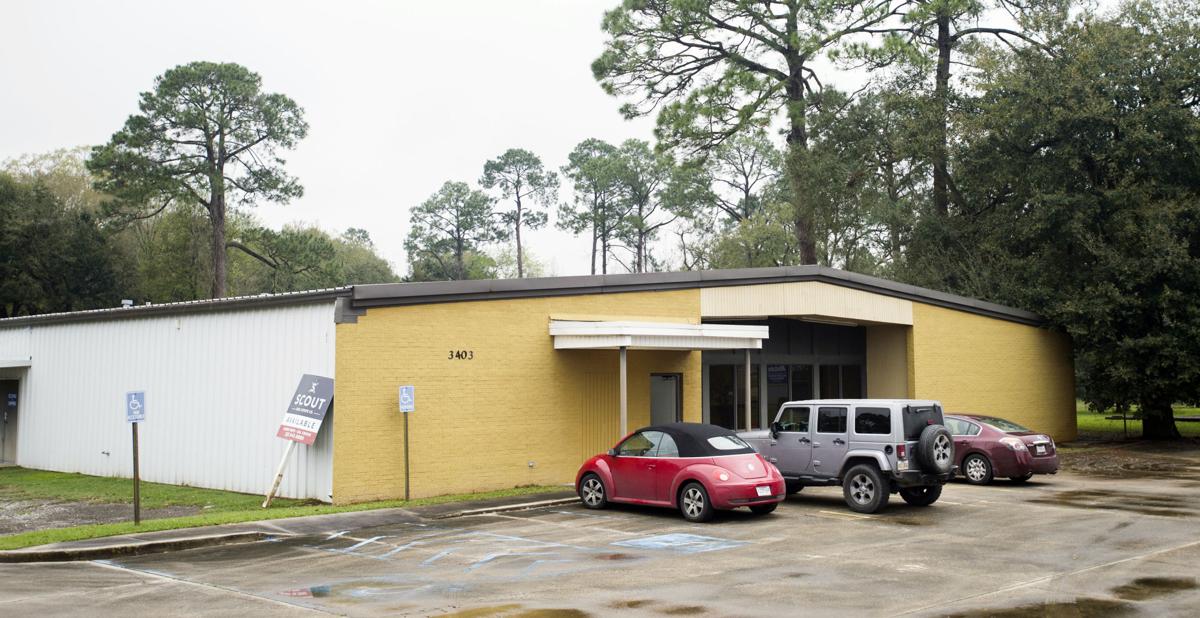 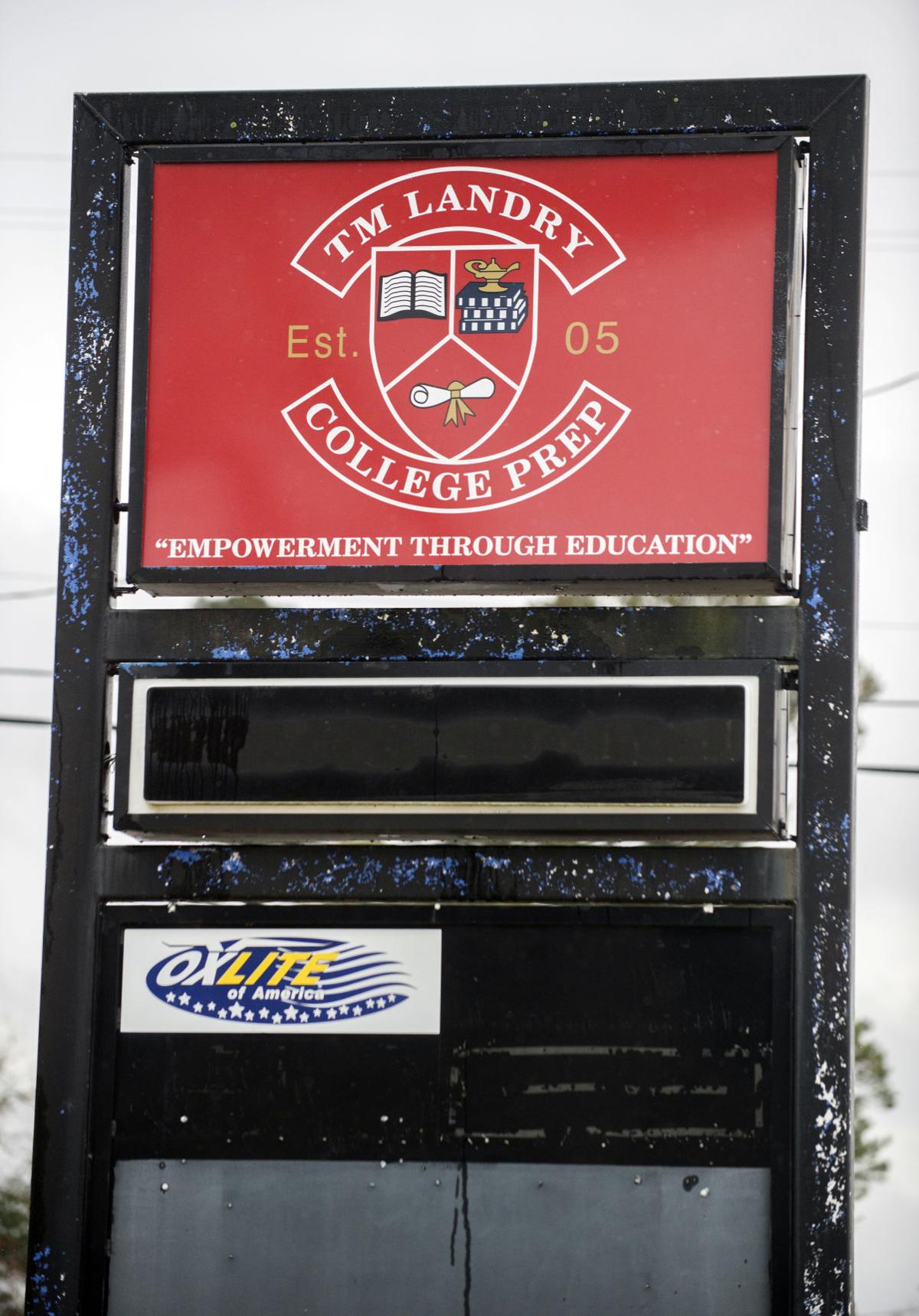 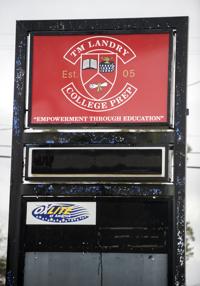 The T.M. Landry Prep sign outside the school is pictured Thursday, December 13, 2018, in Breaux Bridge, La. 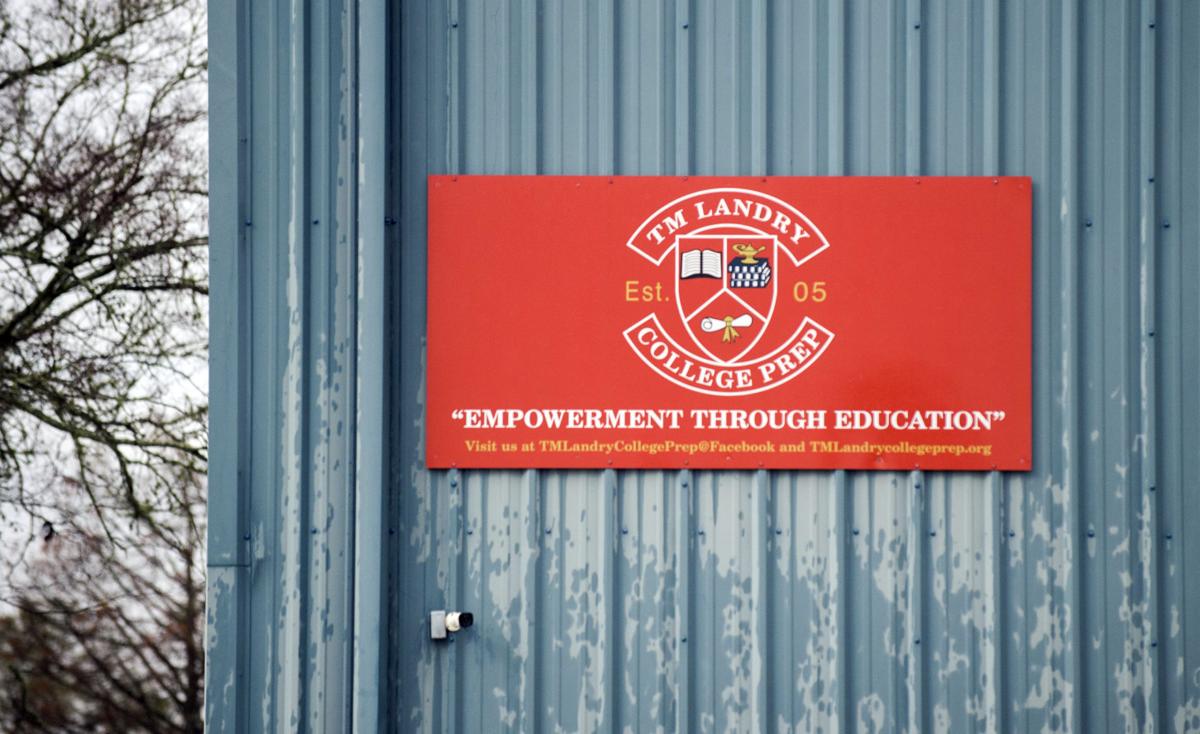 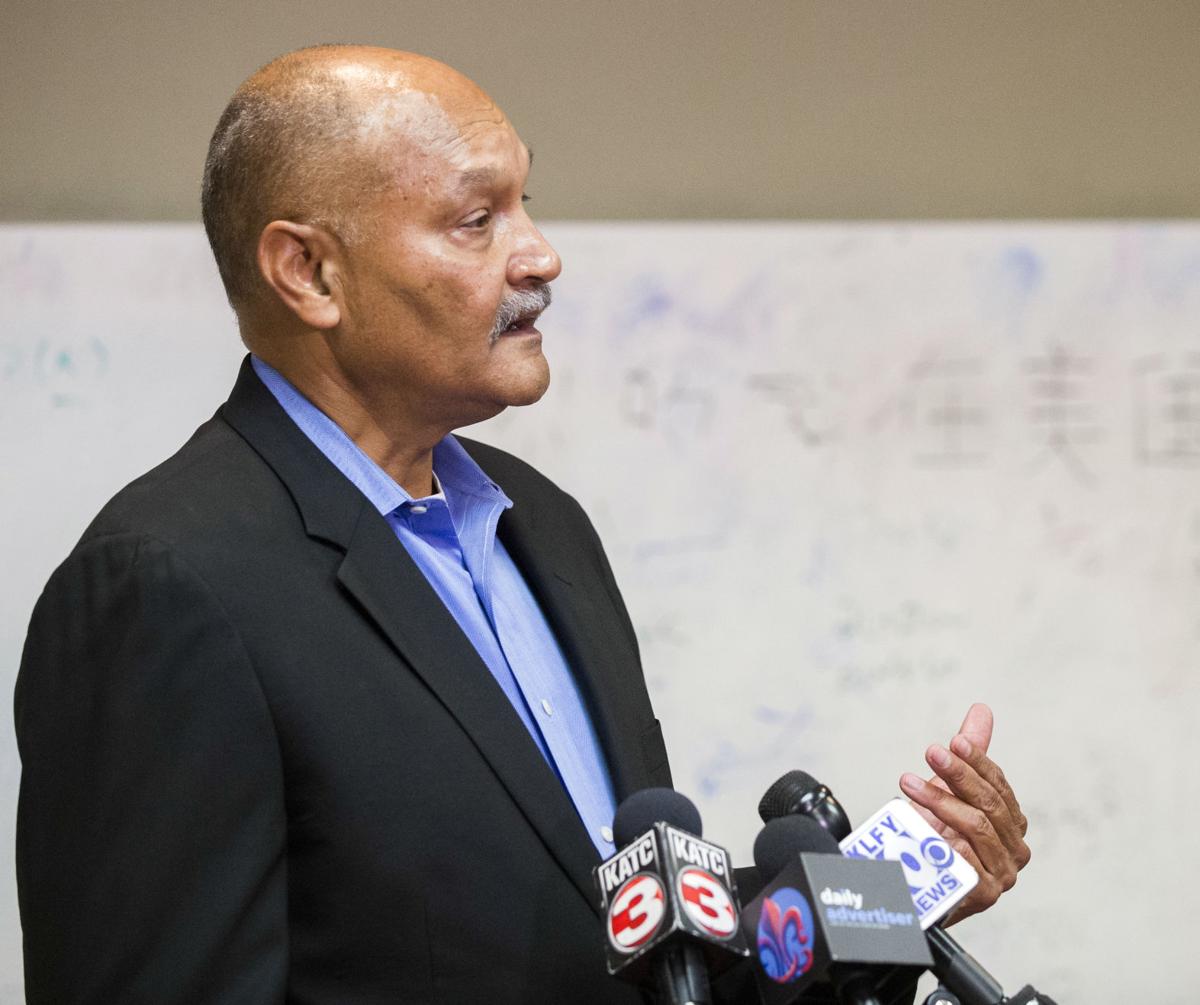 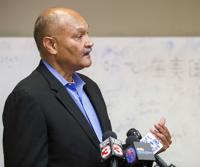 The T.M. Landry Prep sign outside the school is pictured Thursday, December 13, 2018, in Breaux Bridge, La.

An internal investigation into allegations of physical abuse and academic fraud at the T.M. Landry College Prep school was released Friday, with glowing findings.

That means the school’s co-founder and lead teacher, Michael Landry — who has previously pleaded guilty to beating a student and now faces a minimum of 11 additional similar allegations — will continue working at the school.

Investigators said they were not able to speak to anyone with pending allegations. They also did not speak with or seek the case file of a student who in 2012 claimed Landry choked, whipped, slapped and slammed him to the floor when he was 12 years old. Landry pleaded guilty in that case and was sentenced to probation.

Louisiana State Police are investigating the current allegations, which arose after The New York Times published an article Nov. 30 in which students, parents and former teachers portrayed a culture of psychological and physical abuse. They also alleged that Michael Landry, along with his wife and school co-founder Tracey Landry, encouraged them to lie on college applications and falsified transcripts.

The school does not take public funding nor submit its curriculum to state education authorities, who do not recognize the school’s diplomas. Prior to The New York Times article, the school enjoyed a national reputation for successfully placing disadvantaged students into elite universities. Enrollment has dropped from 110 to 63 since the article came out, according to Greg Davis, the school’s chairman.

The investigative report, compiled by Couhig Partners, a New Orleans law firm, concludes that T.M. Landry “appears to have been a genuine incubator for success, particularly for self-reliant students willing to put faith in a non-traditional education model.”

Davis, the chairman, has said he does not believe The Times article reflects the reality at T.M. Landry, but he and the school’s board hired Couhig Partners to investigate. The firm tapped a former state superintendent of education, Paul Pastorek, to lead the investigation.

Pastorek said at a news conference that there was no evidence of systemic abuse, and he praised what he described as Landry’s innovative approach to education. His written summary of the Couhig Partners’ underlying report said “corporal punishment was arguably limited to one spanking incident,” apparently referring to the 2012 case.

The investigative report acknowledges that Landry “pled guilty to charges of spanking a student in 2012,” without acknowledging the more severe physical punishment described in a St. Martin Parish Sheriff’s Office report. Witnesses supported the victim's contention, according to the Sheriff’s Office report, with one witness saying Landry pushed students against a wall by their necks.

Pastorek said he did not speak to the victim in the 2012 case and did not submit a public records request to see the Sheriff’s Office report.

“That’s what the evidence that we found said it was,” Pastorek said at the news conference, referring to the characterization of the 2012 incident as a spanking. “I’m not drawing conclusions about that incident and what all occurred. I’m reporting what the facts were that enlisted from the people we spoke to.”

At the same time, Pastorek noted that the account of a student who accused Landry of choking him in early 2017 differed from the one provided by Landry.

“What we have learned is there is one statement one way, apparently from the student, which is what The New York Times reported, and another statement we have received from Mr. Landry,” Pastorek said.

The investigation consisted of interviews with five senior-age students, two alumni and staff members. No parents were interviewed. A school employee individually transported the participating students to an off-site interview location, Pastorek said.

The interviews portrayed a “a school that offered a sense of community, acceptance, and selflessness that was genuinely unique,” the report states.

“I was impressed by the educational model used at T.M. Landry,” Pastorek wrote. “The passion and capabilities of the Landrys were outstanding.”

Pastorek said he was not able to speak with those interviewed in The Times article because a lawyer representing many of them, Ashlee McFarlane, would not allow it. McFarlane said Friday her clients elected to cooperate exclusively with law enforcement. Pastorek said law enforcement would not discuss pending cases with him.

“Because they are cooperating with law enforcement at this point in time, we are putting our full faith and trust in law enforcement to fully investigate these allegations,” McFarlane said. “We saw no need to have additional investigators who were representing T.M. Landry.”

McFarlane noted that The Times spoke with 46 people, not all of whom are on her client roster.

“It’s not for me to say what the efficacy of the report is,” Pastorek said at the news conference. “I think the facts that we found are valid. I think people can judge for themselves how these facts weigh against other facts that may be reported.”

The New York Times published a report Friday accusing officials at the T.M Landry Prep School in Breaux Bridge of falsifying records in an att…

More families are coming forward with complaints of misconduct at T.M. Landry College Prep school after allegations of abuse and fraud at the …