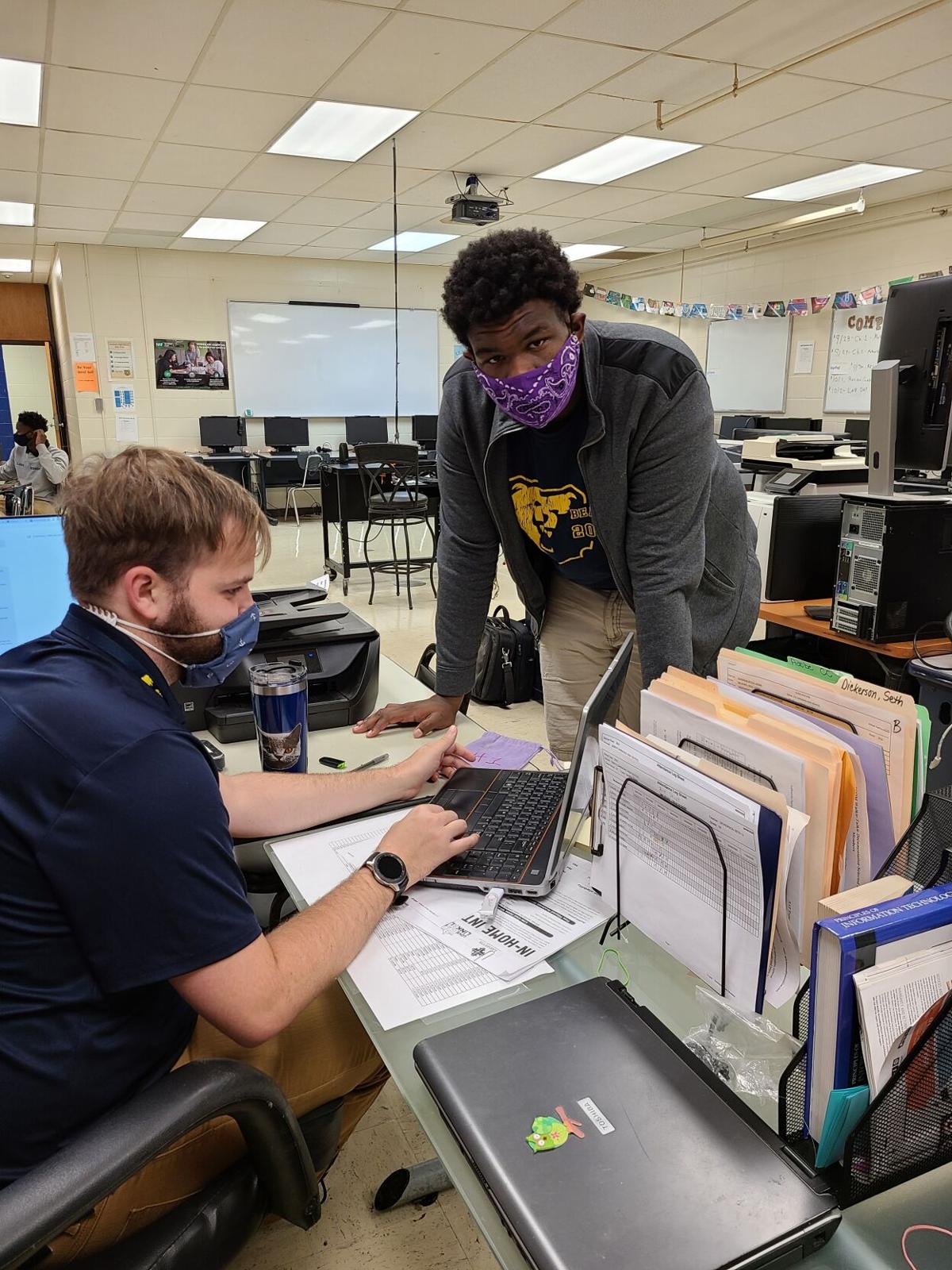 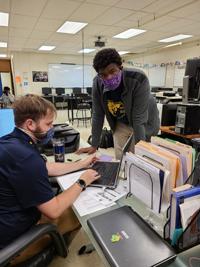 From left, Carencro High teacher Seth Dickerson and senior Isaiah Thomas repair a donated computer to distribute to southwestern Louisiana students displaced by Hurricane Laura. The project is a partnership between Carencro High 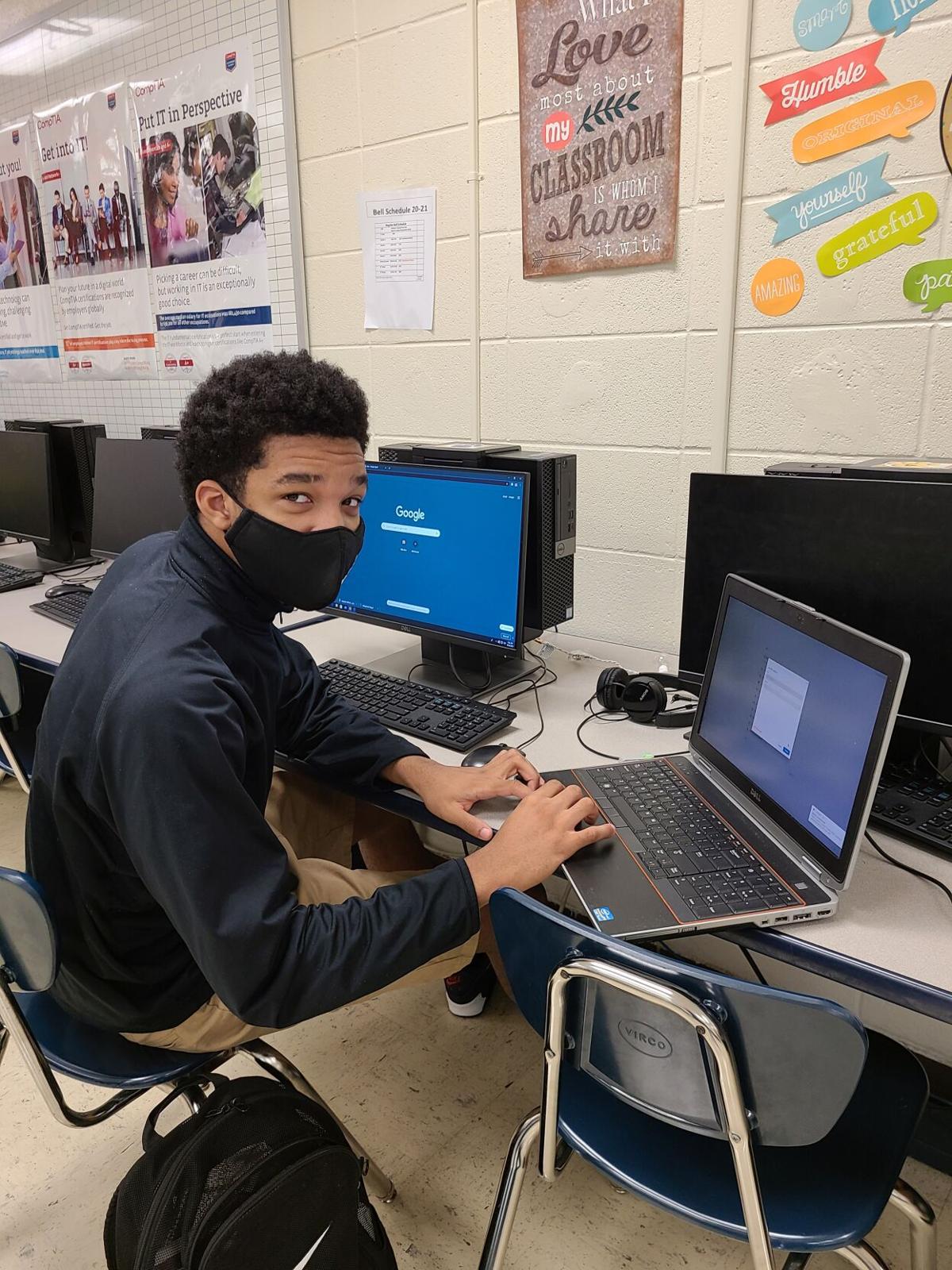 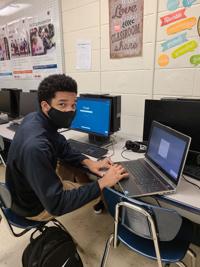 Carencro High senior Jovante Noel, 17, works on a donated laptop. Noel and other students in an Academy of Information Technology independent studies course are repairing laptops to distribute to southwestern Louisiana students displaced by Hurricane Lau 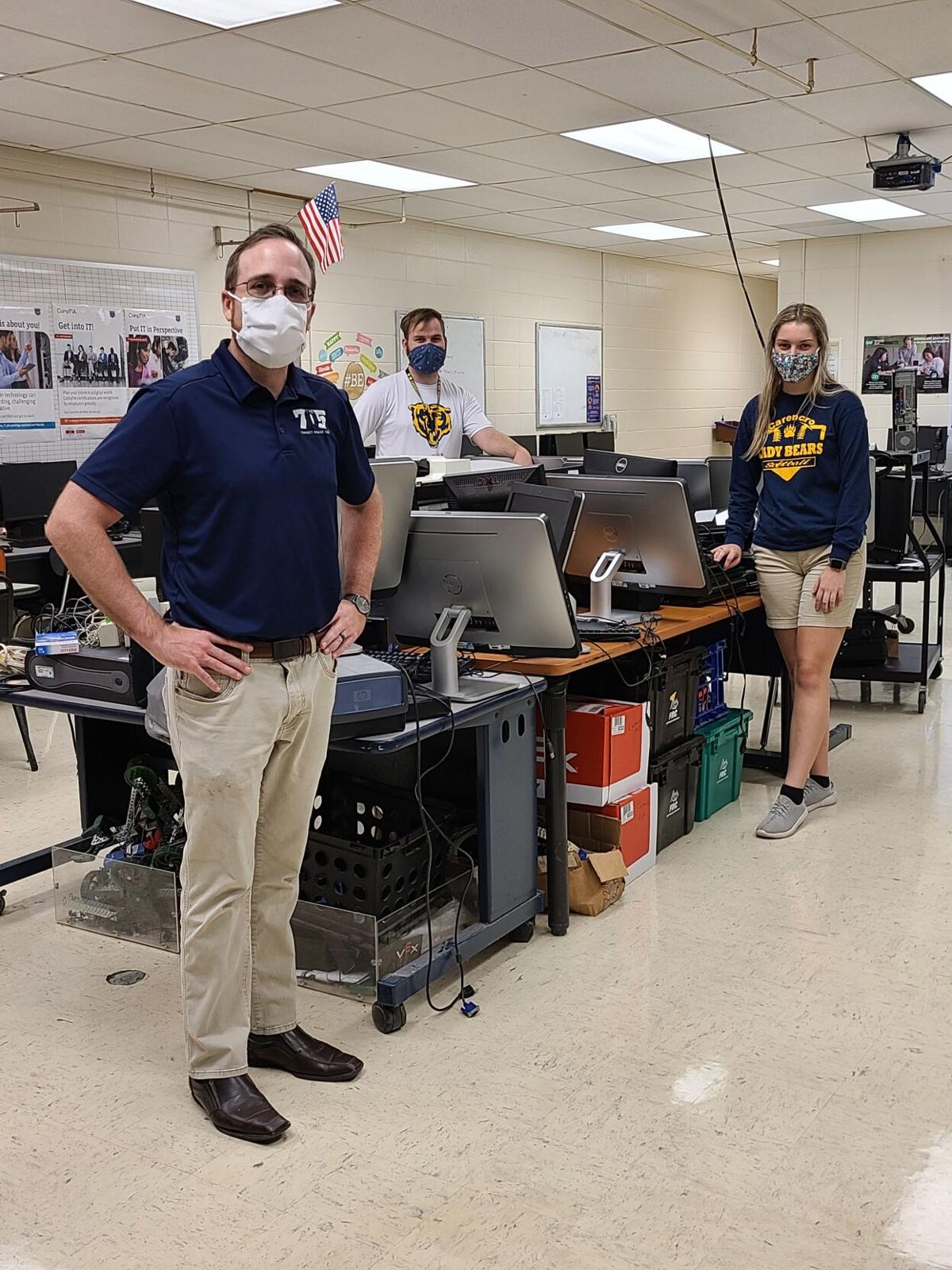 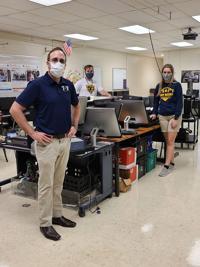 From left, Carencro High teacher Seth Dickerson and senior Isaiah Thomas repair a donated computer to distribute to southwestern Louisiana students displaced by Hurricane Laura. The project is a partnership between Carencro High

Carencro High senior Jovante Noel, 17, works on a donated laptop. Noel and other students in an Academy of Information Technology independent studies course are repairing laptops to distribute to southwestern Louisiana students displaced by Hurricane Lau

Students at Carencro High’s Academy of Information Technology are using their technology skills and compassion to refurbish computers for southwestern Louisiana students displaced by Hurricane Laura.

The project developed as a partnership between Carencro High, Acadiana young professionals organization the705 and IT services company Enterprise Data Concepts.

Roddy Bergeron, president elect of the705, said the idea developed while the705 was volunteering in Lake Charles during Hurricane Laura’s aftermath and learned how severely impacted local schools were and how students’ learning was disrupted.

Displaced to schools in neighboring parishes, many students didn’t have access to computers and schools were struggling to acquire extra devices to serve students because of high national demand for Chromebooks and other computers because of the novel coronavirus pandemic, Bergeron said.

Bergeron, who works as chief operating officer for EDC and serves on the Academy of Information Technology’s advisory board, said he realized he sat at the nexus of three groups who could make something happen.

“What happened in Lake Charles could easily happen here in Lafayette in a heartbeat. I would hope if that happened here we would get the same kind of community from Lake Charles or Baton Rouge or whoever could help, that would reach out and say we want to help y’all. For me, it’s about giving as much as you can,” he said.

Bergeron, EDC and the705 began soliciting computer donations by spreading the word through their networks. Donations came from professional organizations, companies EDC services and from other states, including Washington, North Dakota and Georgia, he said.

When donations exceeded what the EDC team could handle independently, they enlisted Carencro High’s Academy of Information Technology.

Seth Dickerson, Academy of Information Technology teacher, said a dozen seniors in his independent studies course have taken the lead repairing and refurbishing the donated laptops. Students wipe the memory on the devices, install an open source version of Google Chrome called Chromium, do a systems test and pass the computers off for a final inspection.

The group has completed a few dozen computers and is working with around 200 devices total.

They also do a physical review of the computers, making sure there are no broken hinges, the keyboards are in good shape and the devices have the needed chargers and add-ons, Dickerson said.

The service project is good practical experience, challenging the students to problem solve, apply their technical know-how from years of technology courses and work toward a team goal, while also showing the teenagers the importance of contributing to the community, he said.

Jovante Noel, 17, said he’s used computers routinely for class since middle school. Computers have become essential learning tools and not having one can add hurdles to school work. Noel said his family has fared well in both storms, only losing electricity, but he recognizes other teens and students weren’t as lucky and it feels good being able to help them.

Sending off the first batch of repaired computers was a proud moment, he said.

“We just want to finish the rest and get everything out to them as soon as we can,” Noel said.

Whenever the Carencro students have a finished batch of laptops, Bergeron said he meets with Kinder High School Principal Melody Lafleur halfway between Lafayette and Allen Parish for a hand off. The school then determines which students are most in need and distributes the computers.

“I don’t want anyone sitting out of school or putting their plans for graduation on hold because of something that was out of their control. It may not be much, it’s a donated laptop, but it could be a big deal for keeping them on track for their future plans,” he said.

Bergeron said the partners are still collecting computers to refurbish and donate. Computers can be dropped off at Enterprise Data Concepts at 406 Audubon Boulevard in Lafayette.