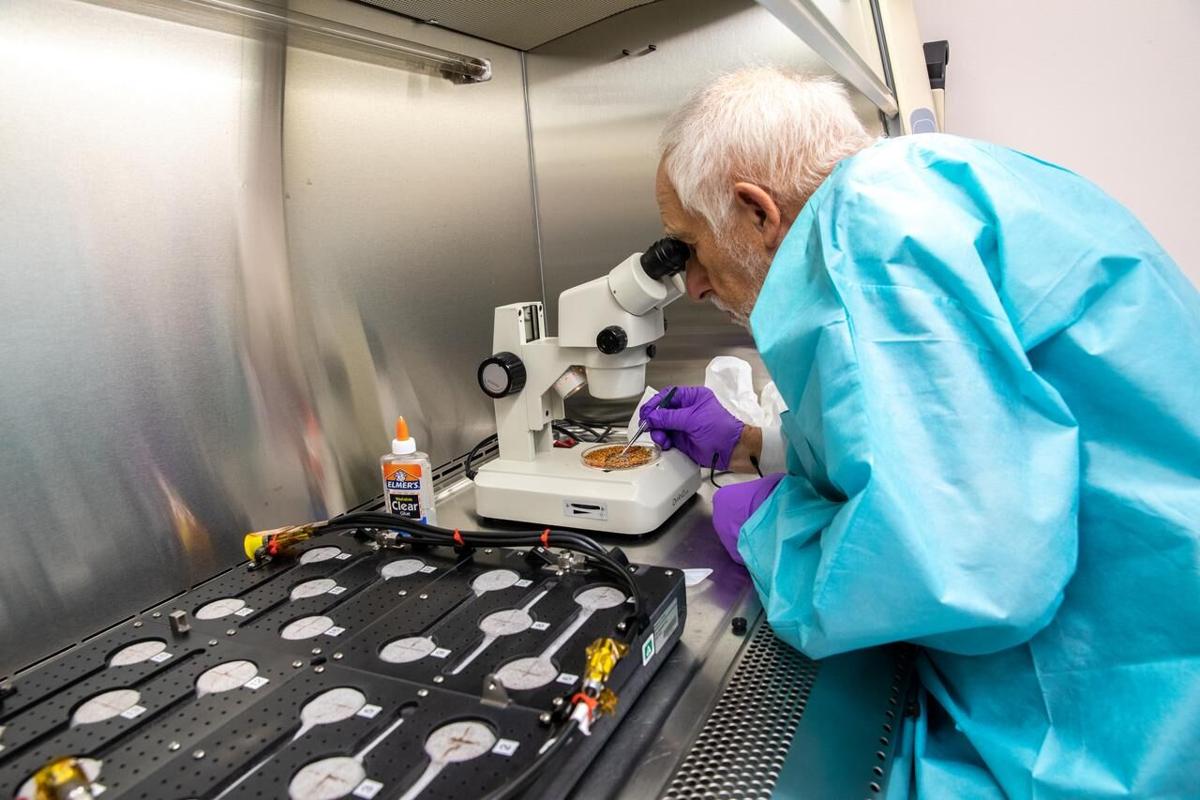 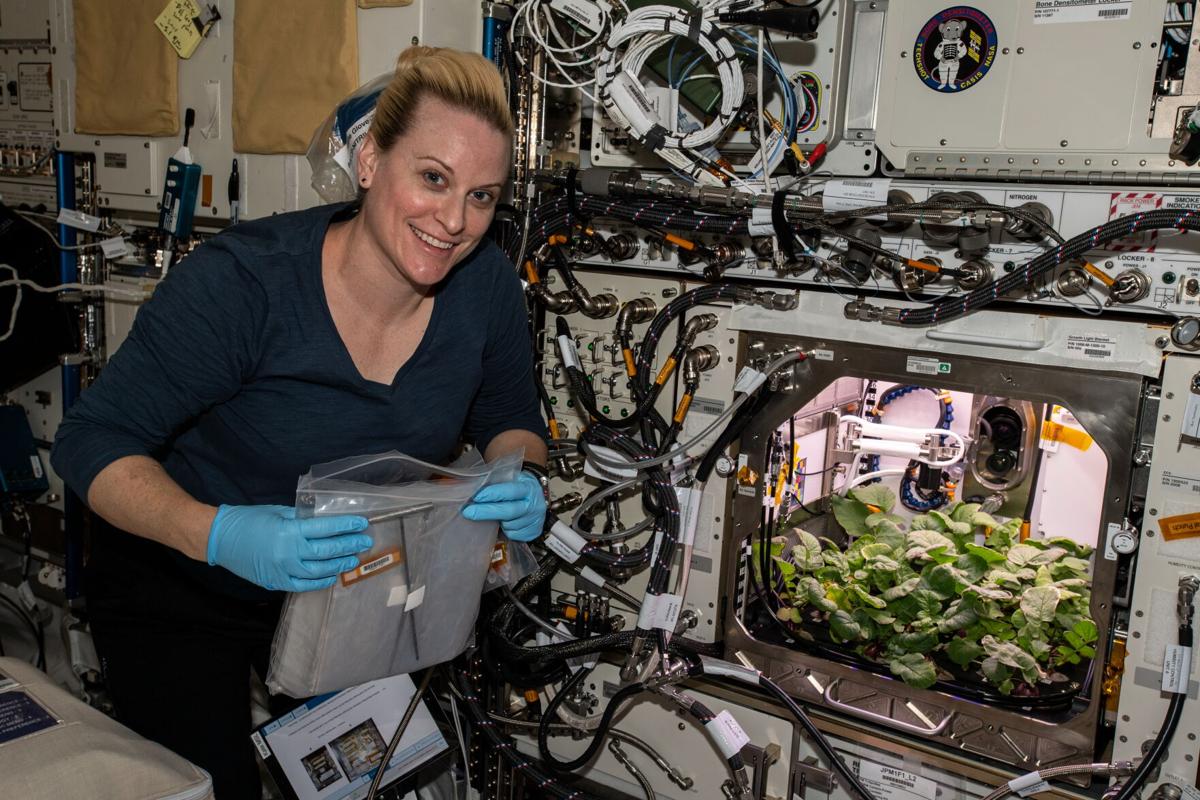 NASA astronaut Kate Rubins harvests the first batch of radishes as part of University of Louisiana at Lafayette professor Karl Hasenstein's research with NASA to study the growth of plants in space. 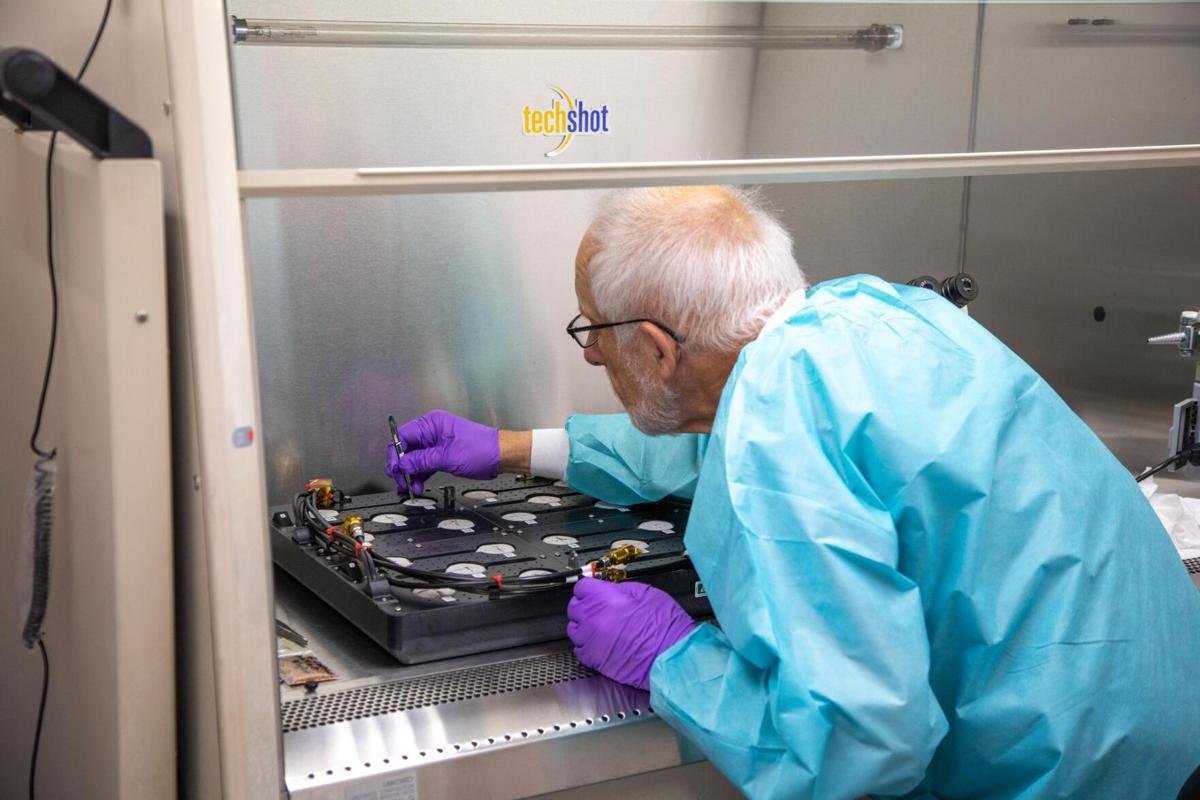 NASA astronaut Kate Rubins harvests the first batch of radishes as part of University of Louisiana at Lafayette professor Karl Hasenstein's research with NASA to study the growth of plants in space.

University of Louisiana at Lafayette professor Karl Hasenstein is growing radishes. But instead of sprouting in his backyard, the root vegetables are developing roughly 240 miles from Earth’s surface on the International Space Station.

The UL biologist has conducted plant experiments with NASA since 1995, but this is the first time the scientist has raised produce in space. Hasenstein said even after decades, the work still provides a child-like thrill and he marvels knowing his work helps open the door to continued space exploration.

“There’s nothing more exciting than that,” Hasenstein said.

Hasenstein’s first batch of radishes was harvested by NASA astronaut Kate Rubins on Nov. 30 and the 20 specimens were frozen for an eventual return mission to Earth. NASA said in a statement it’s estimated the radishes will return in 2021 during SpaceX’s 22nd Commercial Resupply Services mission.

Hasenstein’s experiment has been three years in the making. The biologist and his team at UL tested a dozen radish varieties before selecting the Cherry Belle radish to send into space because of its high germination rate and quick 27-day growth period, he said.

Radishes were a prime option to grow in the International Space Station’s Advanced Plant Habitat because they’re small with a relatively low canopy and controlled leaf growth, but produce reasonable biomass through their bulbs. They’re also related to arabidopsis, a plant frequently studied and well understood by scientists.

While radishes don’t have much “oomph” volume wise, the scientists are constrained by a roughly two-inch soil depth and limited square footage, ruling out crops like corn or tomatoes, which take up too much space, Hasenstein said.

“The radish, the ball tissue itself, is very sensitive to all kinds of conditions — light, mechanical conditions, all kinds of stuff — and as such the radishes are a prime example for doing this kind of research to understand what it takes to successfully cultivate plants that can actually feed people at some point,” he said.

Once the Cherry Belle was selected, Hasenstein analyzed every factor that could impact growth in space to give the NASA astronauts the best guidance possible, from how much water is needed to optimize growth, to how much of each mineral needed to be included in their soil-substitute to support appropriate nutrient uptake and how different colored light affects the plant’s growth and behavior, he said.

“This entire experiment is rather complicated even though on the surface you think, they grow radishes, what’s the big deal?,” Hasenstein said.

Hasenstein visited the Kennedy Space Center at Cape Canaveral to load the radish seeds into science carriers for transport to the International Space Station, then watched the cargo spacecraft’s launch at Wallops Flight Facility in Virginia on Oct. 2. Once the seeds were in place, Hasenstein watched a video downlink from the ISS each day and analyzed data beamed down by satellite about how the radishes were developing.

He coordinated with NASA’s team at Kennedy Space Center to communicate with the astronauts and make recommendations for the radishes’ care, including how their growth position needed to be adjusted, which seeds were the most vigorous and what tissue needed to be sampled for genetic analysis.

A second batch is being grown on the ISS; eventually all of the space-grown radishes will be compared to two control batches grown on Earth at Kennedy Space Center. Hasenstein said when the radish study is complete he’ll examine the plants’ genes and biochemistry to draw conclusions about their growth.

All of Hasenstein’s research ties back to understanding how plants sense gravity and how plants respond when not in an Earth-like gravitational environment, he said. Over more than 20 years of research, the biologist said he’s learned that plants are deeply attuned to their environment and adapt to perceive gravity.

“Plants don’t have eyes but they perceive their surroundings and they do know they’re not in a 1G gravitational field...It goes to say that life in every form is a very intricate and sensitive thing,” Hasenstein said.

In the future, the biologist said he’s interested in studying if plants can adapt and survive the stress of growing on the Moon, where one Moon day is equivalent to two weeks of light followed by two weeks of darkness on Earth, and how to make plants more drought tolerant to survive on Mars and the Moon.