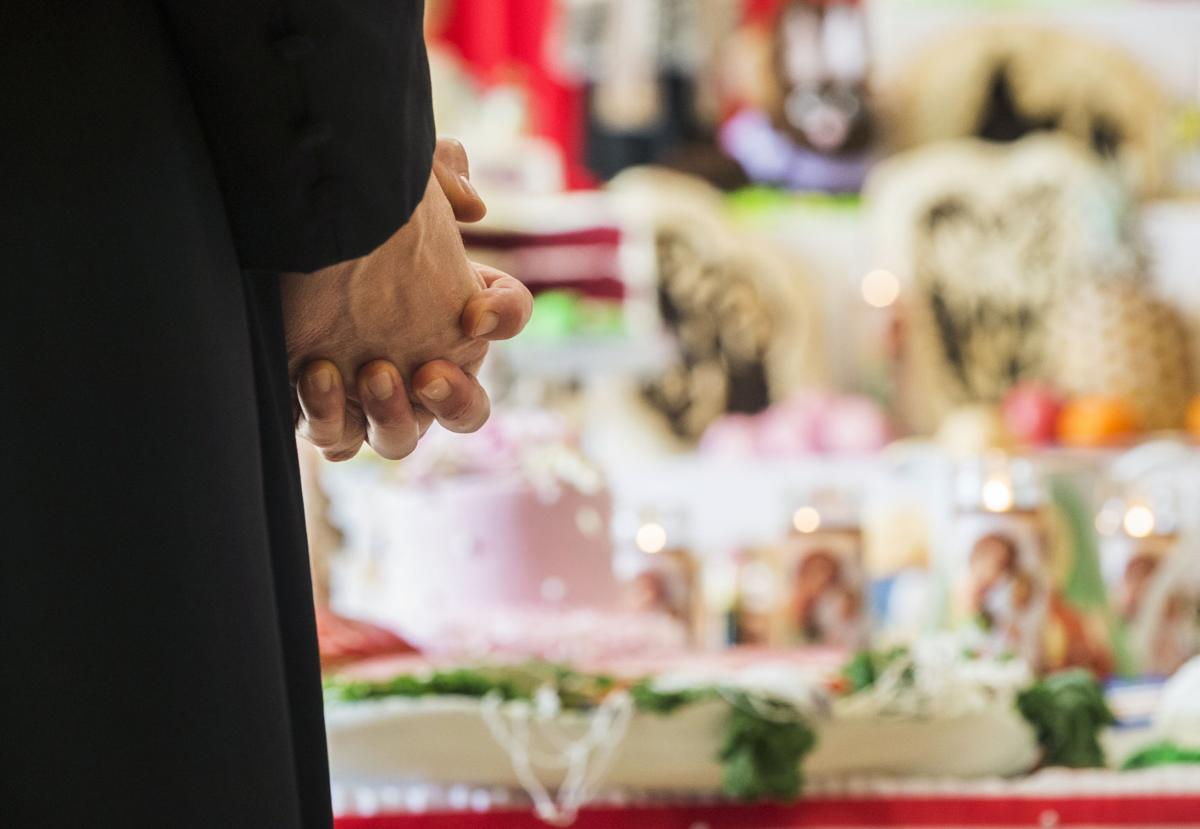 The Rev. Michael Russo clasps his hands together during a recitation of the Holy Rosary at the St. Joseph Altar celebration Tuesday, March 19, 2019, at Our Lady of Fatima Catholic Church in Lafayette. Russo, who recently became pastor of St. Anne Catholic Church, announced this weekend that plans are on hold for the construction of a Catholic school in Youngsville. 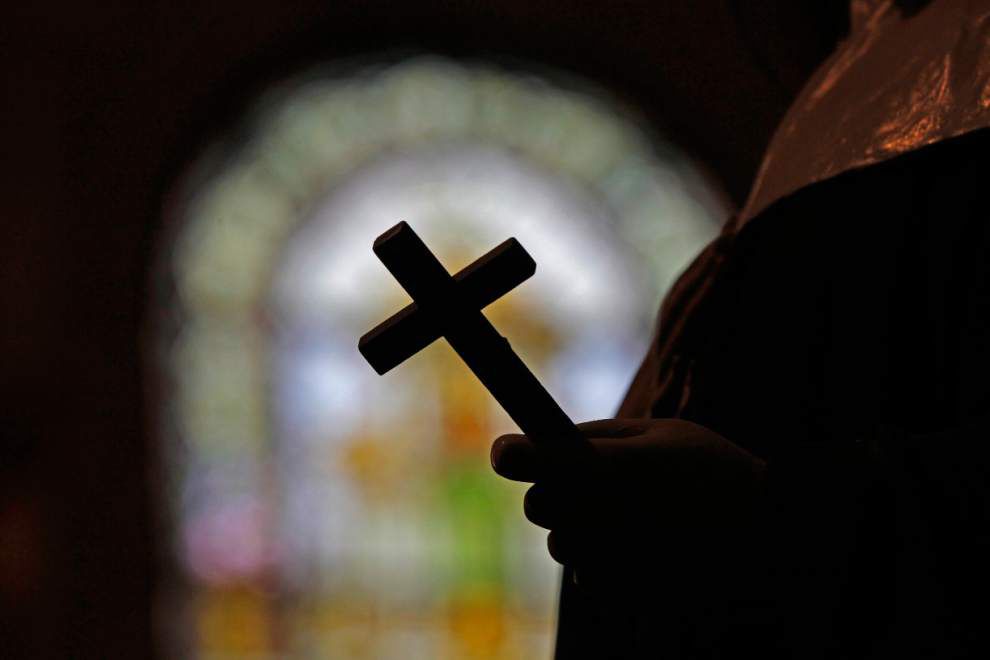 This Dec. 1, 2012, photo shows a silhouette of a crucifix and a stained glass window inside a Catholic Church in Louisiana.

The Rev. Michael Russo clasps his hands together during a recitation of the Holy Rosary at the St. Joseph Altar celebration Tuesday, March 19, 2019, at Our Lady of Fatima Catholic Church in Lafayette. Russo, who recently became pastor of St. Anne Catholic Church, announced this weekend that plans are on hold for the construction of a Catholic school in Youngsville.

This Dec. 1, 2012, photo shows a silhouette of a crucifix and a stained glass window inside a Catholic Church in Louisiana.

The Catholic school planned for Youngsville won't be constructed any time soon because of maintenance concerns at existing buildings in the church parish.

Leaders of St. Anne Catholic Church in Youngsville announced back in December 2015 that they planned to build St. Paul Catholic School on 15 acres of donated property along La. 89 near its intersection with Fortune Road. The Diocese of Lafayette announced over the weekend, though, that the school, which was to be for students in grades K-8, would not become a reality "in the immediate future."

"While St. Anne Catholic Church will always remain open to the possibility of opening a Catholic school, more immediate needs of the church parish must be met," a statement by the Diocese said. "Present church buildings have serious maintenance issues that are to be addressed first, requiring strategic planning and fund raising — all of which are to be directed by policies of the Diocese of Lafayette."

Donna Smith, who attends Mass daily at St. Anne, said she often wondered if a Catholic school should be a priority for a church in dire need of repairs.

A sign designating the property as the "Future home of St. Paul Catholic School" will be removed, according to the Diocese, although St. Anne maintains ownership of the property, which was donated to the church by Guy Broussard.

The Rev. Michael Russo, who was recently appointed pastor of St. Anne, talked about the school's postponement during a crowded Sunday morning Mass.

"As I mentioned when I first arrived, transparency is important to me," Russo told the church. "When I make a decision, I want to explain it because you have a right to know why. Some agree. Some don't. That's all part of leadership. But my experience is that people appreciate explanation, so I hope you do appreciate my transparency."

The decision to postpone construction of the school came after a meeting between Russo, the land donor and a deacon in the diocesan finance office, according to the pastoral note that followed the Diocese announcement in the church bulletin.

"It is self-explanatory," Russo wrote in the pastor's note. "The fact that property has been given to St. Anne's, while also being perpetually kept-up and maintained by the donor, is a very generous gift for which we are most grateful."

Committees will be formed early next year to develop a strategic master plan for existing church buildings, according to the church bulletin.

Smith, who moved to the church parish in April, said she understands the value of a Catholic education — she sent her children to Catholic schools — but thinks the priority needs to be on repairing the church.

"The church needs work," Smith said. "When I first came, I would look at the ceiling and see the tiles buckling and would think, 'Hmmm, Lord, your house is falling down.'"

Although there are no immediate plans to build a school, a road will soon be constructed to allow access to the donated land, according to Russo's note. The road's construction will be paid for through a donation.

"It is important to remember that plans for the property have not been determined and may well be decided upon only after many years in the future," Russo wrote. "It was imperative to me that no time restrictions or measured conditions be placed on St. Anne Church Parish as a result of the land donation. The donor graciously agreed."

Russo thanked the nine major donors who contributed money to suppor the school's construction. Their money will be either redirected to other church projects or reimbursed, Russo wrote.

"I also wish to thank and acknowledge those parishioners who were placed on a St. Paul Catholic School Advisory Committee," Russo wrote.

"Discussion of long range hopes and goals for a church parish is never wasted," he continued. "My hope is that one day this dream will come to pass but now, and in the immediate future, the time is not right."