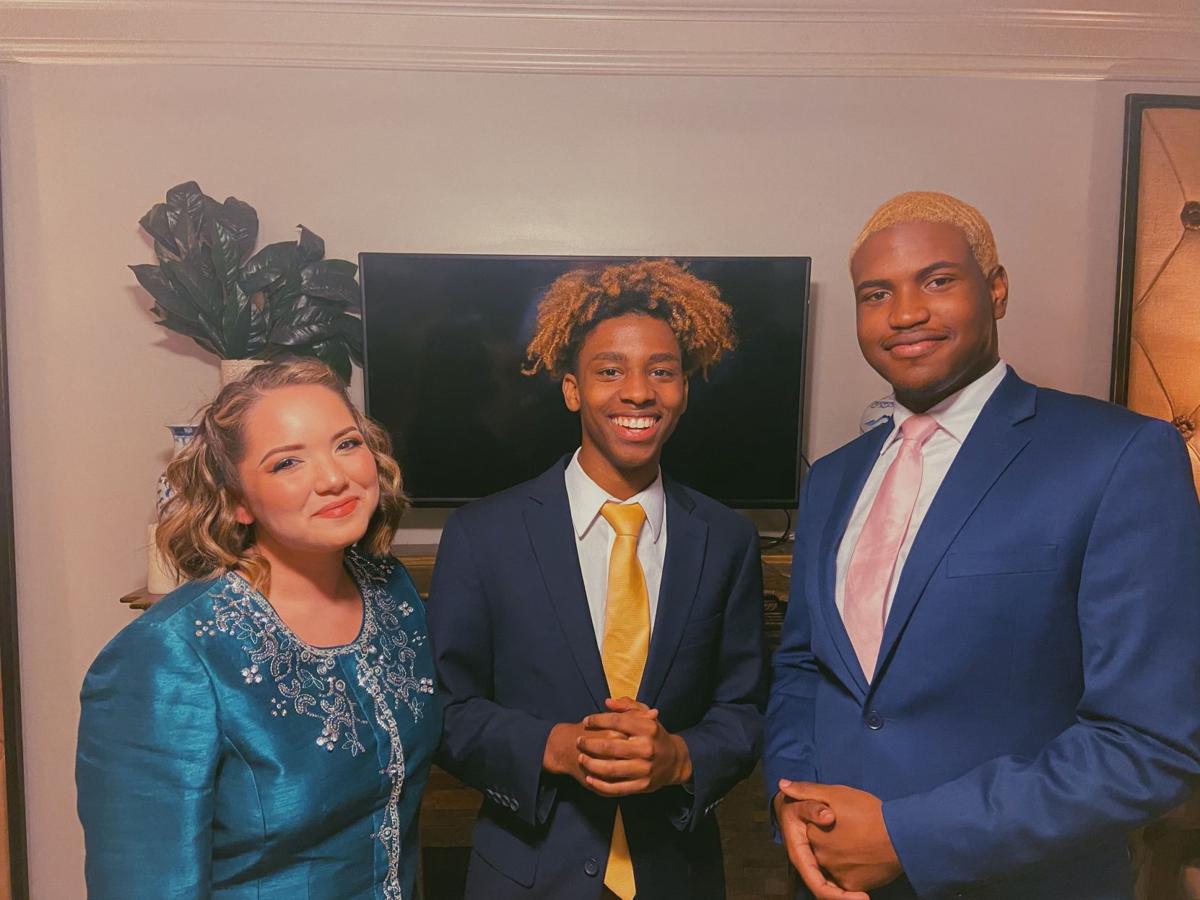 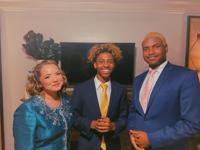 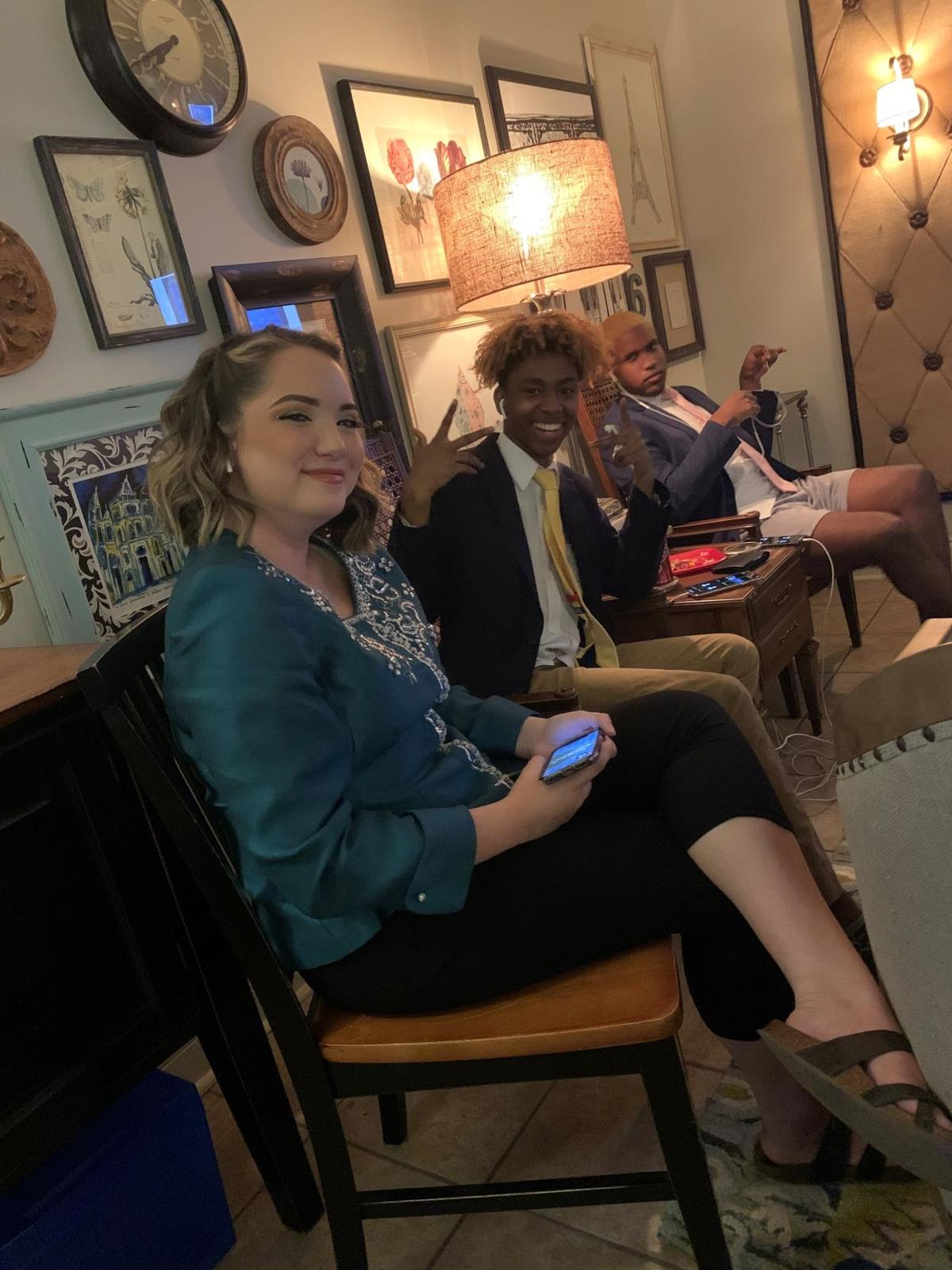 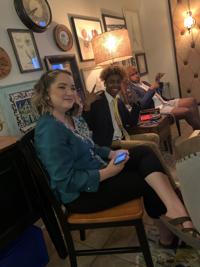 All that stood between Rashon Leday and a national speech and debate title was a cellphone camera and a global pandemic.

On June 20, the 18-year-old Ovey Comeaux High senior was named the National Speech and Debate Association’s champion in the program oral interpretation category, while teammates Jacob Foster and Presley Nutter were named runners-up in dramatic interpretation and original oratory, respectively.

The national competition was, like many things, thrown into uncertainty by the novel coronavirus pandemic. With classes cut short, school-associated travel to other states barred and the odds of gathering as a crowd for competition nonexistent, the teens feared their shot at nationals was over.

“We were completely distraught because here we were with these great, powerful messages and in speech once you do a performance once, you can’t ever do it again. It was like, man, we have these really incredible stories that people need to hear and now that everything’s closed, they can’t,” Leday said.

Then at the end of April, the association sent out a message: competition would continue virtually, with students in non-dynamic, single performance events recording a single video that would be evaluated and advance through the rounds. Students would have two weeks to film and submit their entries.

Preparing was an exhilarating, anxious scramble, they said.

Foster said he had to change mental gears, as he and Leday scrapped a planned duo category entry because of filming difficulties in favor of competing only in solo events. His dreams of winning his senior nationals with his friend went out the window and he had to quickly beef up material he hadn’t performed in months, the 18-year-old said.

Then there was the filming itself.

Leday said staring at the camera and realizing his 10-minute recording would be the final performance of his high school speech and debate career was nerve-wracking. Building off the crowd is a big part of speech and debate performance and usually competitors can review footage, get feedback from judges and tweak performance elements between rounds, Nutter said.

“One of the biggest challenges was to accept the video for what it was and be fine with it,” Nutter said.

Comeaux High speech and debate coach Jacob Simon said the filming process was anxiety-inducing. While some programs had professional-level cameras and film equipment, Comeaux’s underfunded program only had cellphones. They also lost prep time as Simon scheduled around his students’ work schedules to avoid lost wages for the teens.

Simon said he feared the low production value would hinder the students’ performances, but supporters told him to trust their talent would shine.

The teens said they were confident, but the results are unpredictable, especially when your hopes are staked on a single recording. Foster, Leday and Nutter FaceTimed with Simon each time results were announced and for finals, the trio had a small party with their parents to await the rankings, clasping hands as the announcements pended on their computers.

They jumped up in down in joy and relief when their names were called, Leday said.

In the six years Simon has led the team, the Comeaux speech and debate program has focused on being scrappy and hardworking and leaning on its members’ talents, diverse voices and passion to succeed on the competition circuit.

Comeaux has won state five consecutive years since 2015, had nine national champions in six years and had 29 national finalists across two national competitions, the coach said.

“To see these kids time and time again do things that shouldn’t happen, it’s just the craziest thing. We don’t expect it to happen. I’m the proudest person you have ever met,” the coach said.

It all comes down to the kids, Simon said.

The Comeaux team is more diverse than the speech and debate community as a whole; it’s a minority majority team, many members come from low-income households and work to help make family ends meet. They’ve experienced homelessness, divorce and split families and friends lost to gun violence, the coach said.

Competition fees are a constant workaround and Simon said he’s frequently thrifting to ensure students have ample professional suits to choose from for competitions.

Instead of complaining, the teens turn their struggles into grace and power on the stage, he said.

“I have the best kids in the country, and I will fight tooth and nail to let everyone know that my kids are truly magical,” Simon said.

Finding her magic took time for Nutter. The 17-year-old said she’s struggled with a diagnosed mental illness since seventh grade and has battled feelings of anxiety and low self-worth. The teen said by finding a way to constructively use her voice through speech and debate, she learned to love herself.

Nutter’s platform frequently centers on mental health awareness and her 2020 event piece was an original speech focusing on the value of women’s voices in mental health conversations and the historical practice of disregarding women as hysterical. The 17-year-old said she’s been there; she’s been written off in the past and struggled to be heard as people failed to understand the struggles of her mental illness.

Nutter said now that she’s found her voice, she doesn’t want to be silenced. Simon said Nutter is his first student to make finals in the original oratory event and he chalked it up to conviction in her ideas. The rising high school senior said she hopes other teens are inspired to speak their truth too.

“All of us deserve to be heard. That’s why we’re all different, because we have different stories to share and I think it’s important everyone gets that opportunity to share their stories,” she said.

Foster, the dramatic interpretation runner-up, loves to act and when he discovered speech was almost a form of competitive acting, he was sold. Foster said as he’s grown, he’s used speech to hone his voice and passion for speaking out against injustice in the Black and LGBTQ communities.

For his event, Foster performed a monologue as the father of Trayvon Martin, a Black teen who was shot and killed in Florida in 2012 in a high-profile case. His piece covered how discriminatory structures in the criminal justice system make it difficult to be a Black father.

Leday said he’s similarly driven by his passion for social justice and used his event to explore the monetization of Black pain in the media. The Lafayette teen said he enjoys using his platform to change minds and challenge people to confront difficult topics – even if people aren’t ready to hear the message.

Foster and Leday said it’s a profound feeling to make people stop and listen, especially as young Black men. The teens said they’ve encountered racist insults and harassment as their competitive careers took off; both have won national titles before. It was discouraging, but it fueled their mission and made ending their high school careers on top even more fulfilling.

“We made so much history and for us to finish that way it was like, wow, we really took speech and we really handled it,” Foster said.