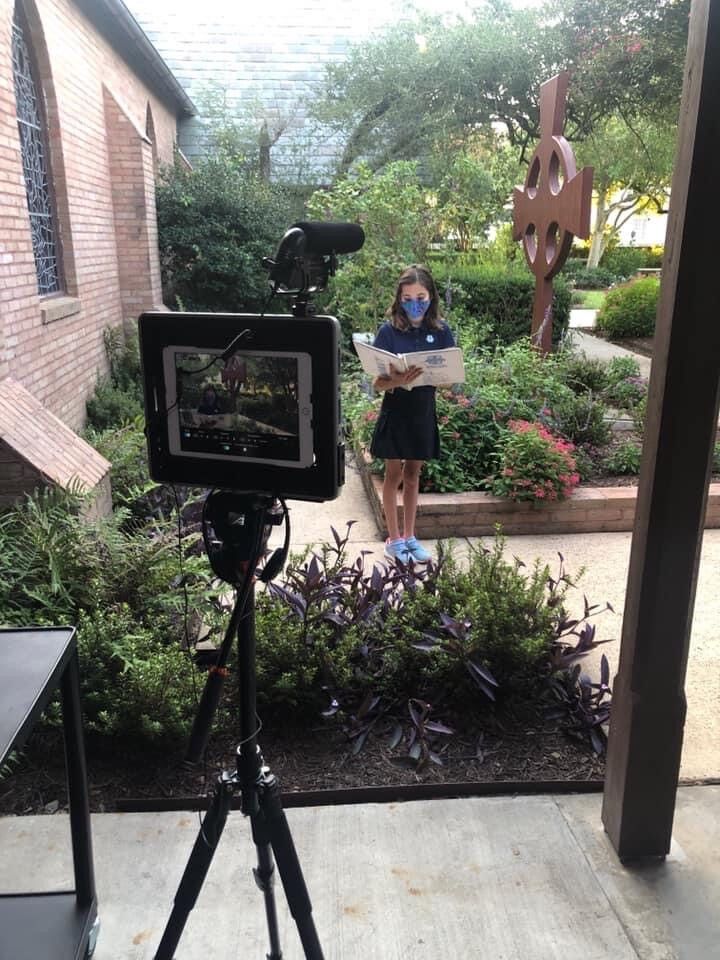 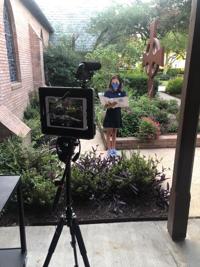 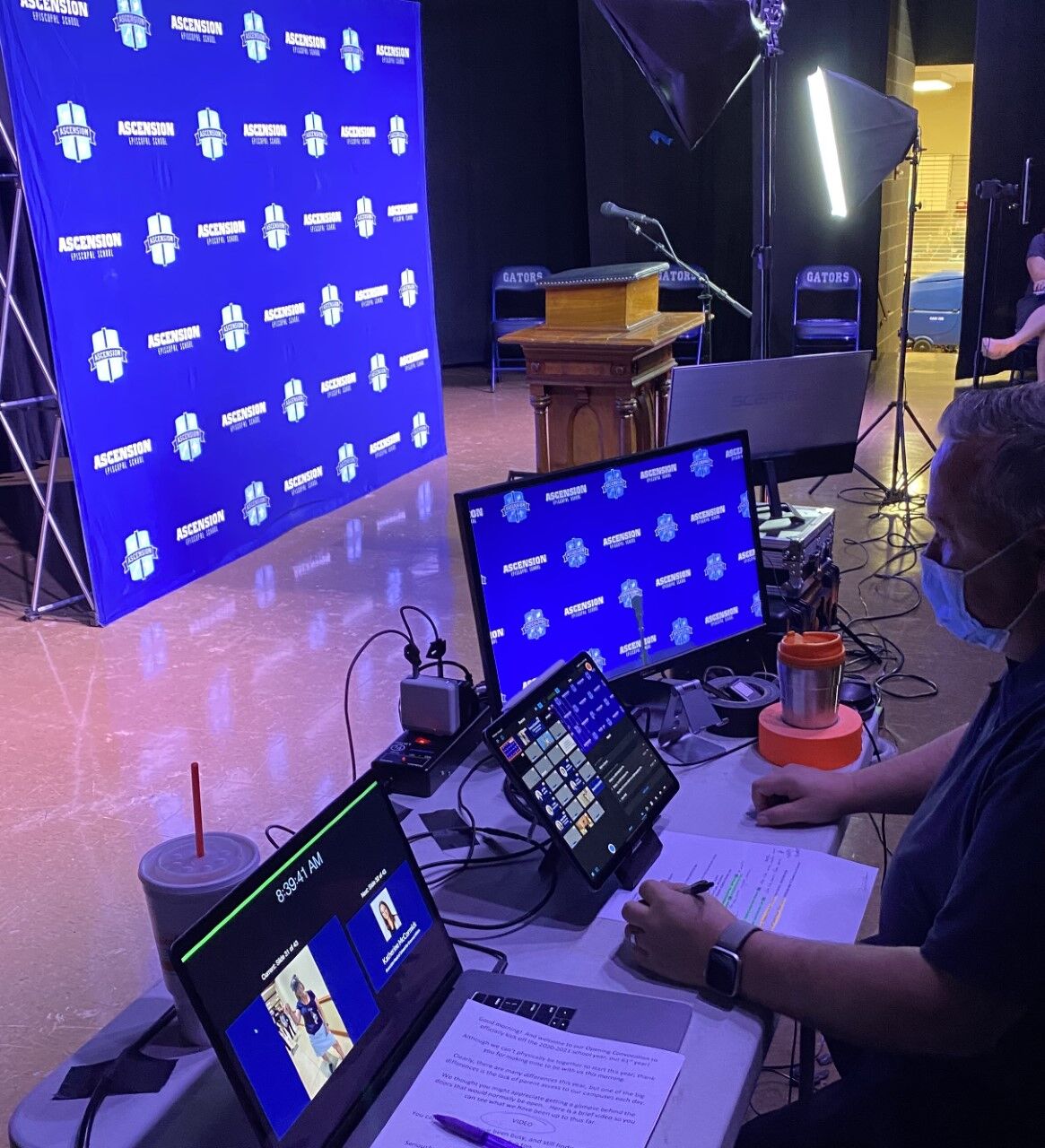 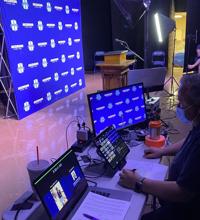 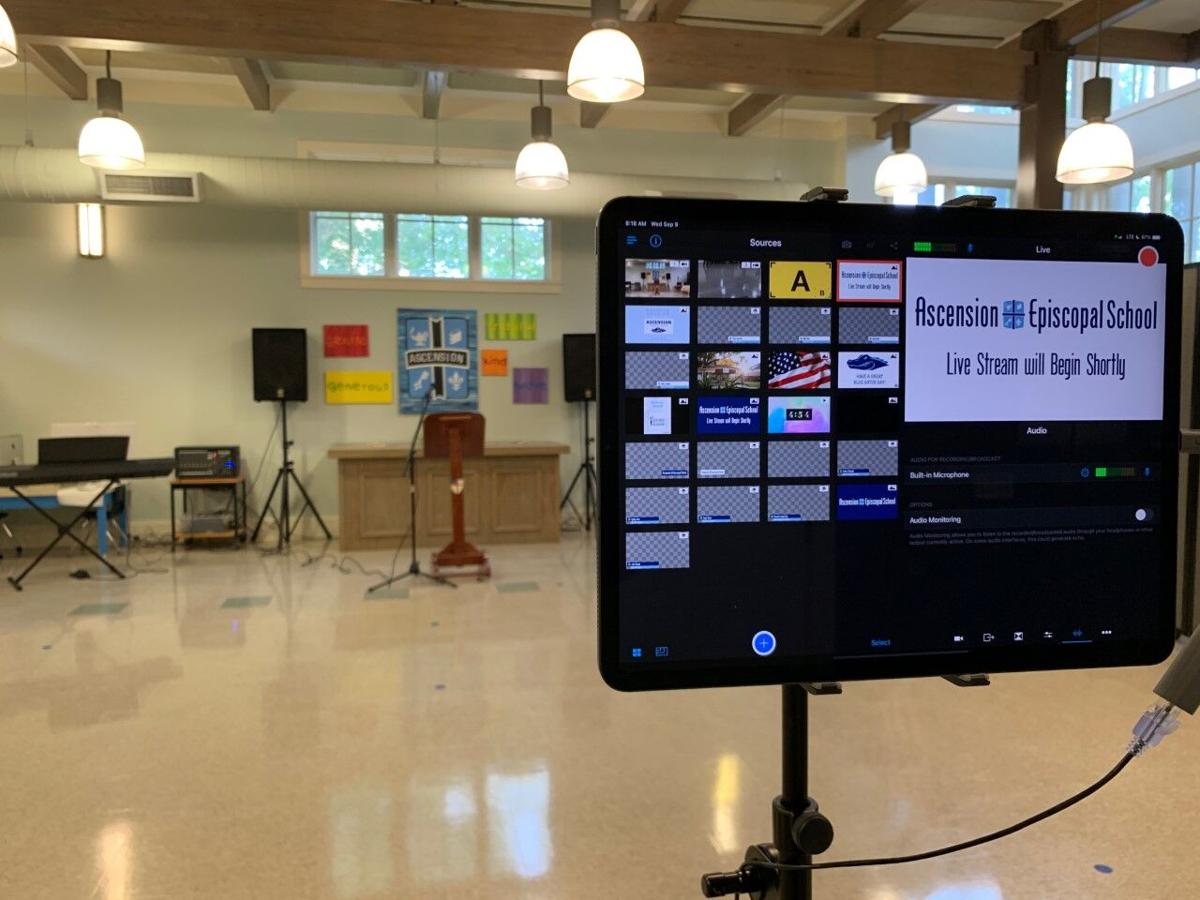 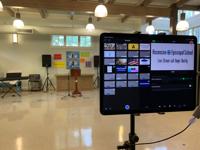 An iPad is staged for a live streamed event at Ascension Episcopal School in Lafayette. 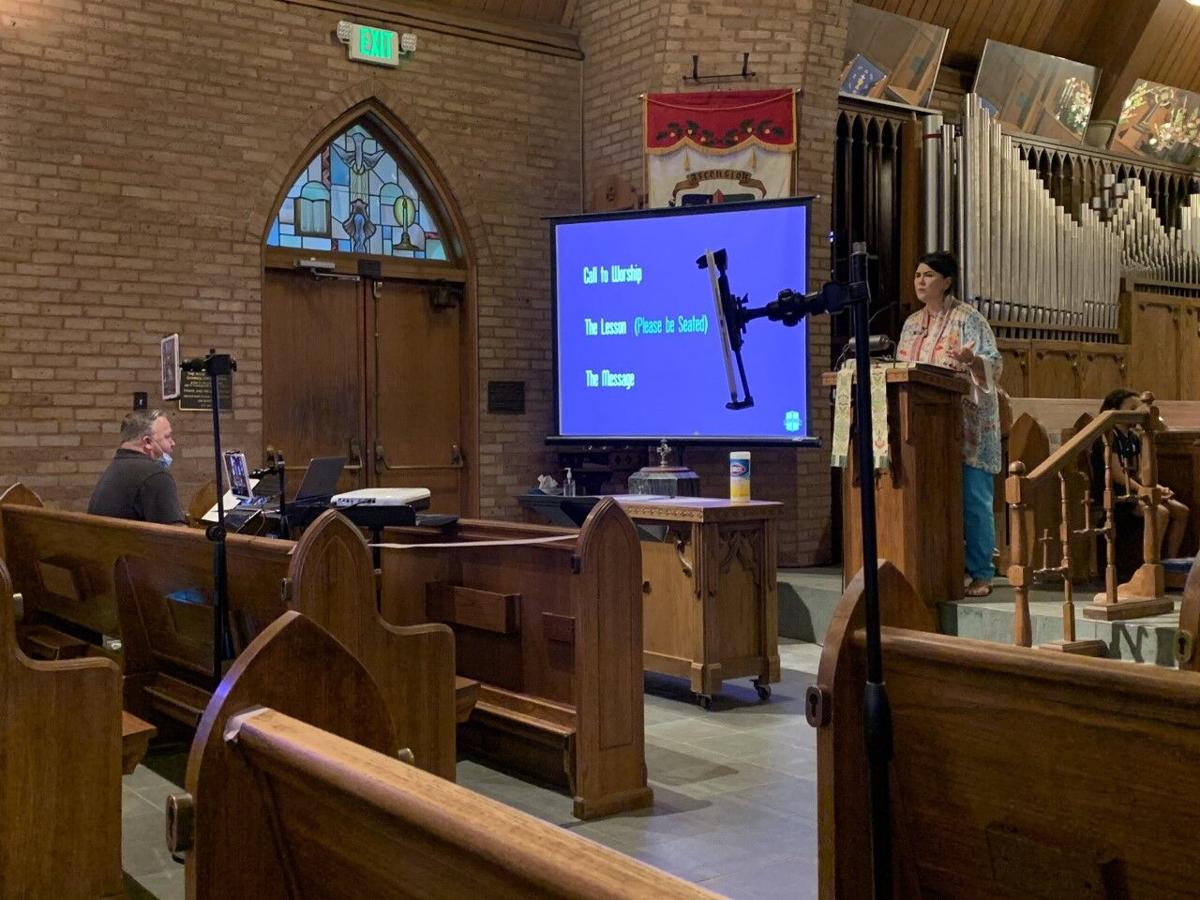 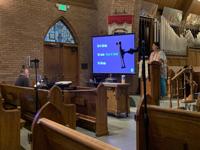 An iPad is staged for a live streamed event at Ascension Episcopal School in Lafayette.

Ascension Episcopal School in Lafayette has embraced livestreaming in the coronavirus era, opening a virtual door for parents and students away from campus to participate while creating an avenue for students to learn new skills.

Ascension Episcopal Head of School Jeff Plunk said virtual and livestream options were quickly put together in the spring while the school was in “survival mode” trying to ensure the best learning experience through the end of the year. In the summer, the Ascension Episcopal team recognized they could expand livestreaming to capture more than immediate academic needs.

In July, when it became clear COVID-19 restrictions would continue to impede gathering, the school chose to commit to livestreaming classes and other functions. Organizing the protocol in the final weeks before school opened was chaotic, but it was worth it, he said.

It’s a good way to keep everyone safe while still promoting community, the head of school said.

Families have been deeply appreciative of the opportunity to have some participation in their child’s school day while having to remain off campus. Plunk said his daughter, who’s a senior at Ascension Episcopal, has loved being able to cheer her friends on while watching their volleyball matches on video.

“I think the truth for all of us is that COVID has really been isolating in many ways. … I think because we’re a school and a community that prides ourselves on being together and helping each other through things, I feel like the livestreaming has been an intentional effort on our part to keep us connected and together and still maintain that family feel,” Plunk said.

Brad Williams, Ascension Episcopal’s digital media specialist, coordinates the livestreaming efforts across the three campuses, shooting everything from sporting events to chapel services to the school’s opening convocation ceremony. It’s a process; there are preproduction meetings, staff and equipment coordination plans, and creative brainstorming, he said.

During events, Williams said he typically mans the production desk, toggling between multiple camera views, overlaying graphics, and interspersing videos and photos in real time. Sometimes the goal is to closely replicate the feeling of being at the event in person, while other times the aim is to make it a more television program-type experience.

Regardless, the goal is always to make the stream the best quality production it can be, he said.

“As someone who just had a son who graduated from high school, I know what’s like having a senior and missing out on all these big events in a student's life. We don’t want them to feel like they’re having to sacrifice any more on what they’re seeing and hearing if they’re having to watch it from home,” Williams said.

The school’s art and athletic booster clubs helped make the improved quality possible, donating approximately $2,000 toward purchasing additional iPads, cables, tripods, adapters and other equipment. The extra support was needed to be able to divvy equipment across the school’s three campuses, Williams said.

The digital media specialist isn’t the only person making the magic happen; there’s also a team of technology staff members, teachers and a devoted group of student volunteers. Williams said working with the students is one of the most rewarding parts of the initiative.

The students, mostly middle-schoolers at Ascension’s Downtown campus, have learned technical skills, but they’ve also gained confidence, learned how to communicate with and lead their peers, and learned how to take ownership of their work through the program, Williams said.

Sixth-graders Mason Guillory, 11, and Braxton Leonard, 12, are two of those students. Mason and Braxton both said they shot their hands up when their media literacy teacher, Ms. Gros, asked for student volunteers to learn the livestreaming ropes. Braxton is a fan of computers and Mason said he aspires to become a director.

Several weeks in, the boys have advanced to operating more and more independently — setting up cameras, micing student presenters for the morning announcements, operating cameras during live streams — to the point that both now train other students who sign up to help. Mason said he's even had the chance to turn the tables on his teachers and instruct them on how to operate the livestreams.

Braxton said it’s “awesome” being able to display his expertise around computers to other students and introduce them to something he loves. Mason said he feels like he’s getting a jump start on his dream career.

“It feels like I’m a part of something and it’s fun having responsibilities that can actually help set up your future,” Mason said.

There can be pressure knowing the quality of the show rests on the quality of your work, and that “one little mess up can cost the whole thing,” the 11-year-old said, but the boys said they’ve liked rising to the challenge and learning how to succeed under the stress. Mason said he’s even noticed it’s helped him handle stress better when taking tests and navigating other school work.

The boys said they’re excited to continue learning and growing with the livestream. Braxton said he’s looking forward to running a stream solo, and Mason said his sights are set on learning how to operate a split screen view while livestreaming.

Plunk said he sees opportunities for livestreaming to be incorporated into the school setting beyond the pandemic. It will likely be adapted, possibly with fewer aspects of the school experience streamed, but with key moments still broadcast so working parents, out-of-town family and alumni wanting to cheer on their friends can still connect, he said.

The teachers have taken to it, too; one teacher hung an overhead camera while conducting a frog dissection so students in quarantine or in the school’s Hyflex virtual learning program watching over livestream could get a dynamic view, Plunk said.

“It’s been amazing to see them get creative,” he said.