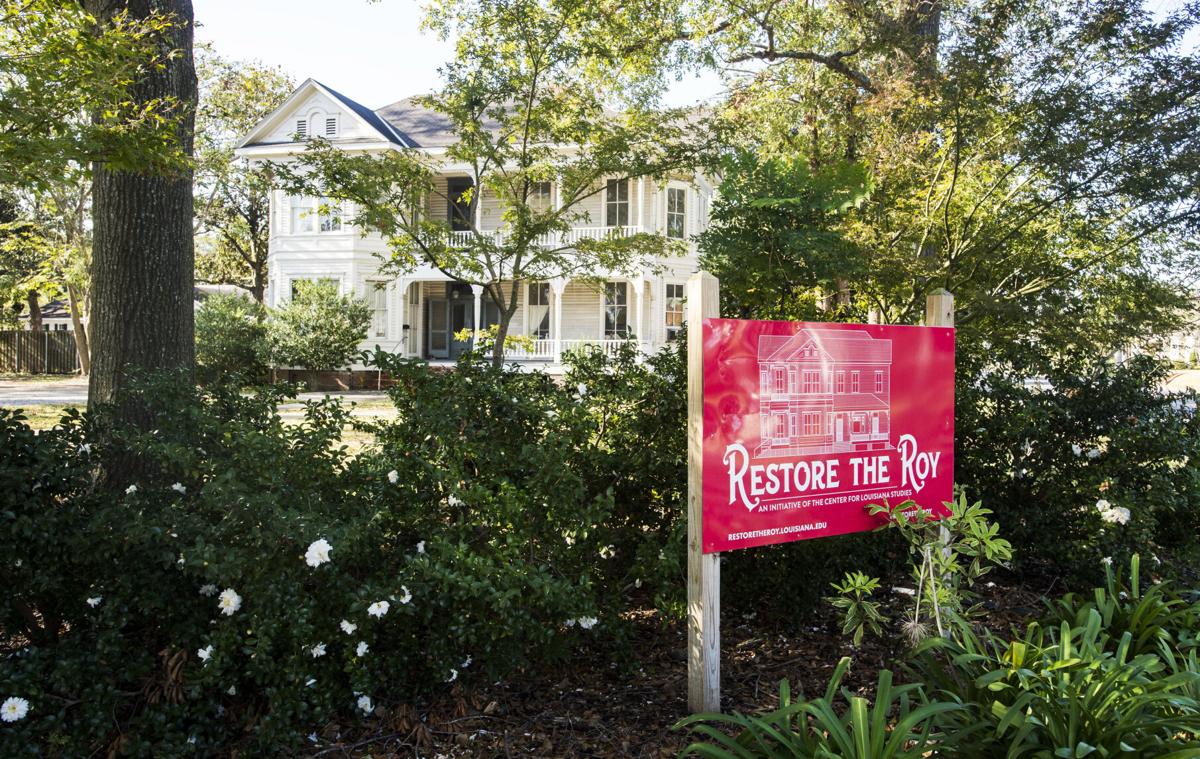 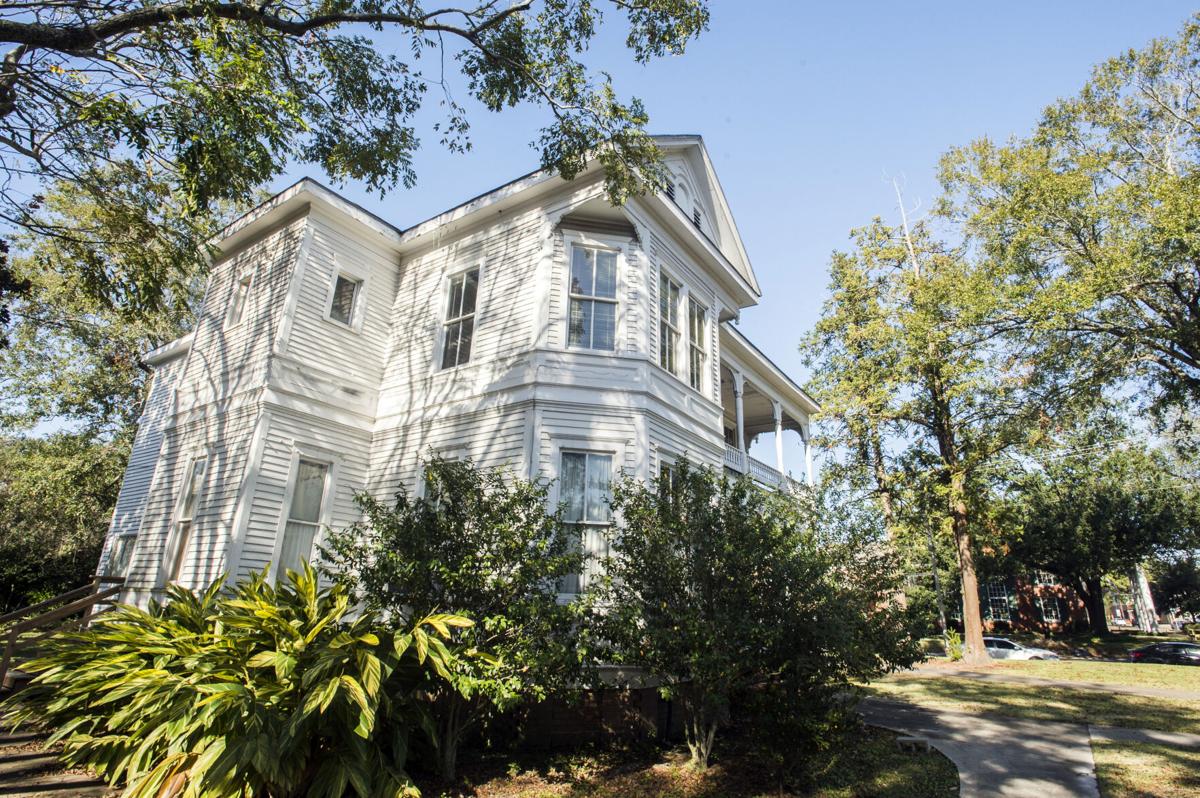 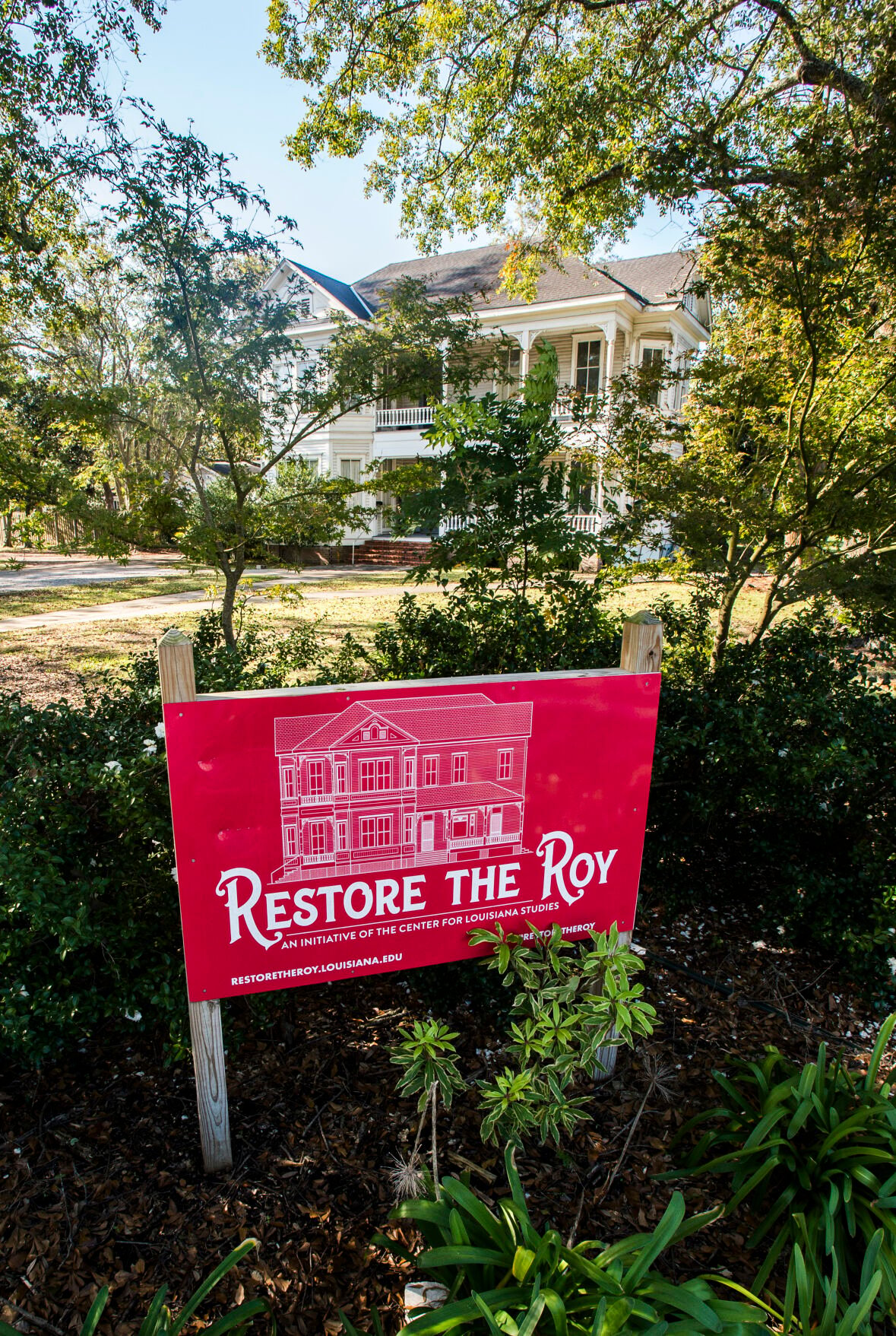 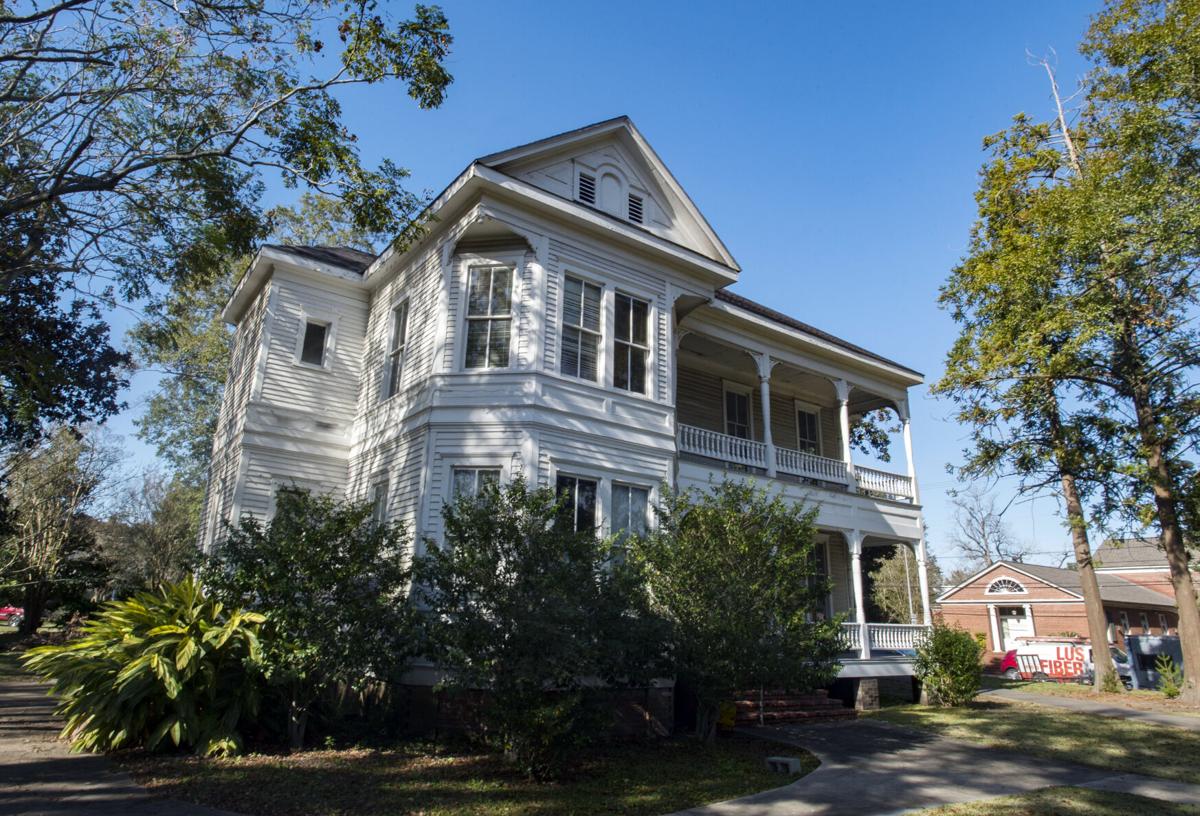 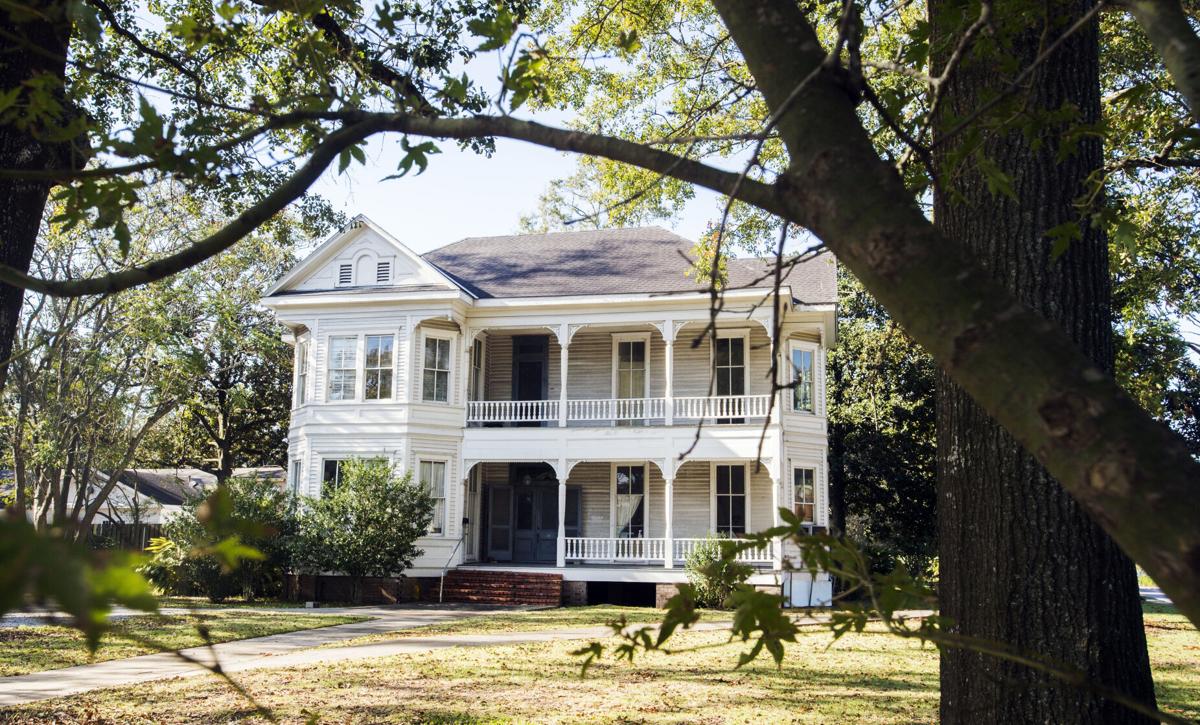 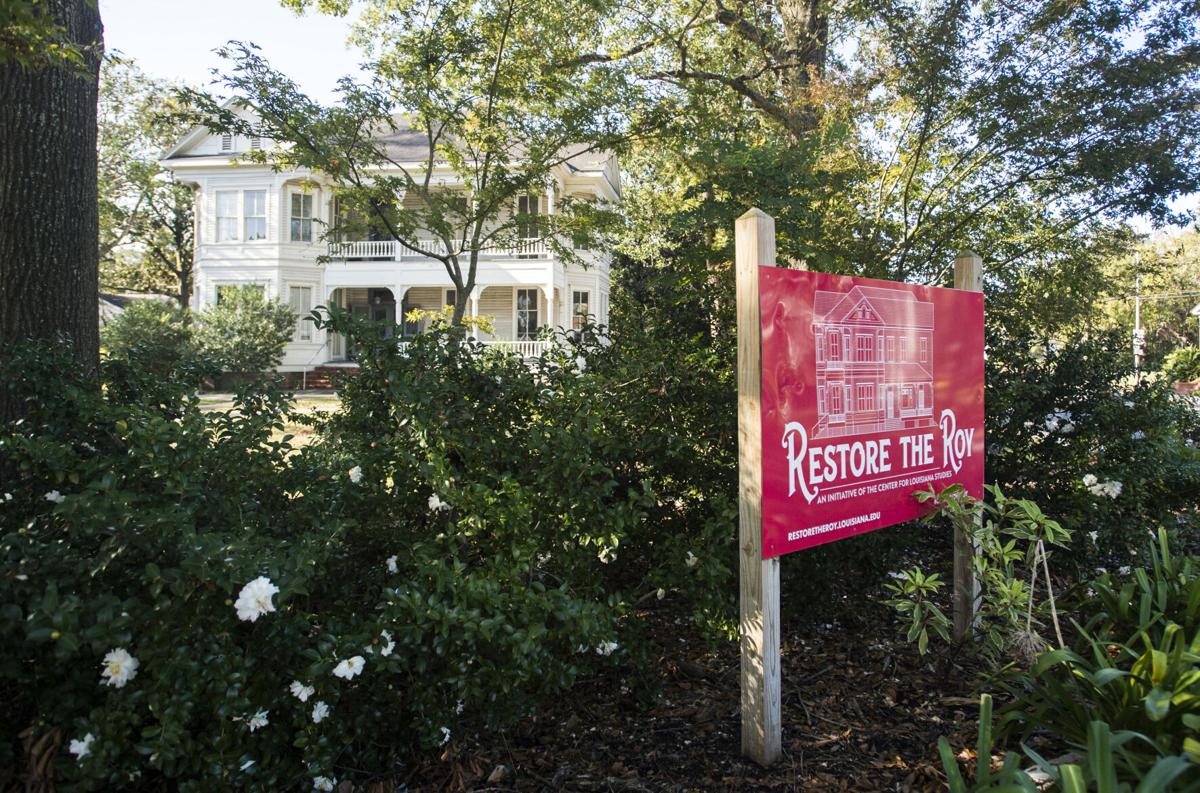 For The Roy, restoration has become a “when,” not an “if.”

Enthusiasts for the 120-year-old former home of J. Arthur Roy, an early Lafayette business leader and community stalwart, reached and surpassed their goal of generating some $800,000 to restore the two-story, 5,000-square-foot building located at the intersection of University Boulevard and Johnston Street.

About $400,000 was raised in the last few weeks, including a donation from a foundation based in Washington State.

In the University of Louisiana at Lafayette’s possession since the 1990s, the home is now due its first modern renovation. Once complete — the best guess is that happen by 2022 — it will house the Center for Louisiana Studies, founded in 1973, the university center dedicated to researching, publicizing, promoting and preserving Louisiana culture and history.

Joshua C. Caffery, director of the center, said the restored building would provide an attractive first glimpse at the campus for visitors traveling University Boulevard from Interstate 10. The house is on the northwest corner of the campus and was built in 1901, the same year that the campus first opened to students.

Graduates in the College of Liberal Arts graduated Tuesday Morning at Cajun Field. Graduation ceremonies were also held at Lamson Park and Rus…

"The renovation of the Roy House and its lot will transform one of Lafayette's busiest intersections and contribute to the citywide effort to beautify the University corridor," he said.

The state Department of Transportation and Development said the estimated average daily traffic count for the intersection of University Avenue (Louisiana Highway 182) and Johnston Street (U.S. 167) is 43,730 vehicles.

The center has three divisions: The University of Louisiana at Lafayette Press, the Research Division and the Programming and Special Projects Division. That includes the Archive of Cajun and Creole Folklore, which the campus says is the “largest collection of audiovisual materials related to the traditional cultures of southwestern Louisiana.”

The two-story former residence was built by Roy, who was born in 1837 and was a son-in-law of local newspaper publisher and former Lafayette Mayor William B. Bailey. Roy’s wife, Cornelia, was Bailey’s daughter. The couple lived in the home with their eight children, who included J. Maxime Roy, Lafayette mayor from 1936-44.

Caffery said much of the restoration money was raised this year through private donations and grants, the last of which came in the last month — almost $400,000 from The Sage Foundation. President/Treasurer of the foundation is E.W. Littlefield Jr., a philanthropist who was long involved in the music industry.

"The interest we received from out of state is a testament to the fact that Acadiana culture continues to be of significant national and even international interest," Caffery said.

“Despite the turmoil of 2020, we've received an outpouring of support this year, both from people who love the Roy House and value its architectural and historical significance, as well as from people who support the mission of the Center for Louisiana Studies.”

Littlefield has long history both as a musician and supporter of arts and music efforts. The Sage Foundation has more than $52 million in assets and routinely funds projects around the country, according to its website.

“We reached the goal and then some on top of it,” he said. The additional money will go toward landscaping and an endowment. Although the money has been raised, he said not all of it had been collected.

He said the next steps include assembling a restoration team to include architects and contractors, secure appropriate permits and approvals. He said The Roy is the sole building on campus on the National Register of Historic Places and must meet specific guidelines, including those from the state, for a restoration. He said bids had been collected to paint the home’s exterior, which may begin soon.

“Our goal is to launch a major interior restoration by spring, hopefully by mid-April or early May,” he said. “Everyone I’ve spoken to says it will take more than a year; a year would be ambitious. Realistically, we are looking at 2022, spring or beyond.”

The two-story, wood-frame home was designed by architect Arthur Van Dyke and built by George Knapp, who built the Gordon Hotel in downtown Lafayette in 1904.

Outlook 2021 economic summit planned by The Acadiana Advocate on Jan. 13

The Acadiana Advocate will hold a virtual economic summit Jan. 13, tapping several business and community leaders for a big-picture understand…

“The Roy House’s true treasures are its interior touches, the quality of the mantlepieces, the staircase, and the woodwork and tilework in general. At some point, that woodwork was painted over, but we'll be bringing it back to its original, natural finish.”

In addition, the grounds of the home will be re-landscaped with native plants and flowers.

A survey of the property said the home provides an “excellent example of Queen Anne style.” The home was said to have an elevator; investigation showed it had a dumbwaiter lift between the first- and second-floor bathrooms. Ceilings are 12 feet high on the first floor, 10 feet high on the second.

In 1901, Caffery said, the home would have been on the southern outskirts of Lafayette, with SLII among its few neighbors.

He said fundraising would continue for the Roy in order to maintain the building after its restoration.

"The Center will continue to raise funds to build an endowment for the maintenance of the home in the future, and to encourage programming at the site once the restoration is complete," he said.