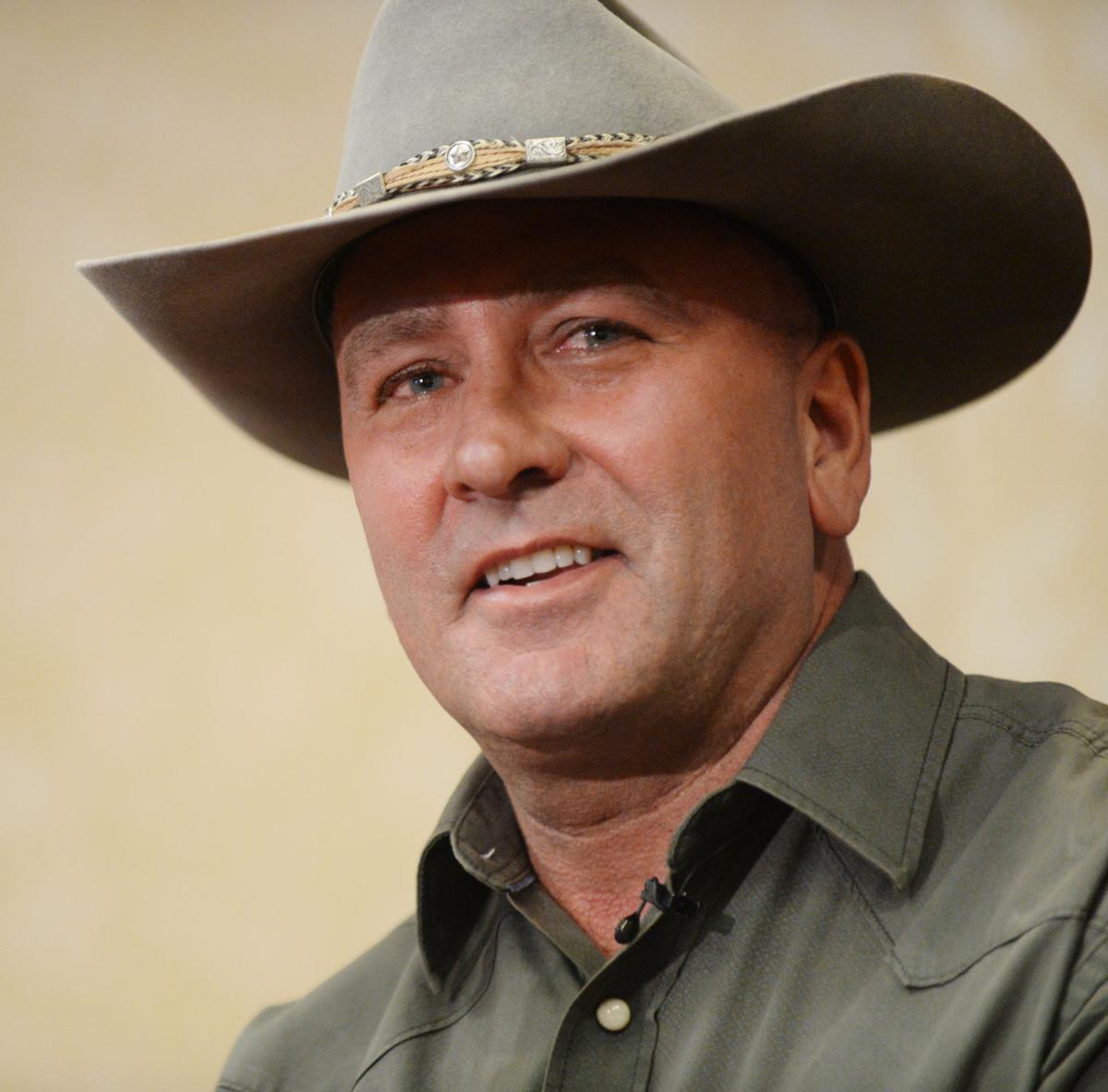 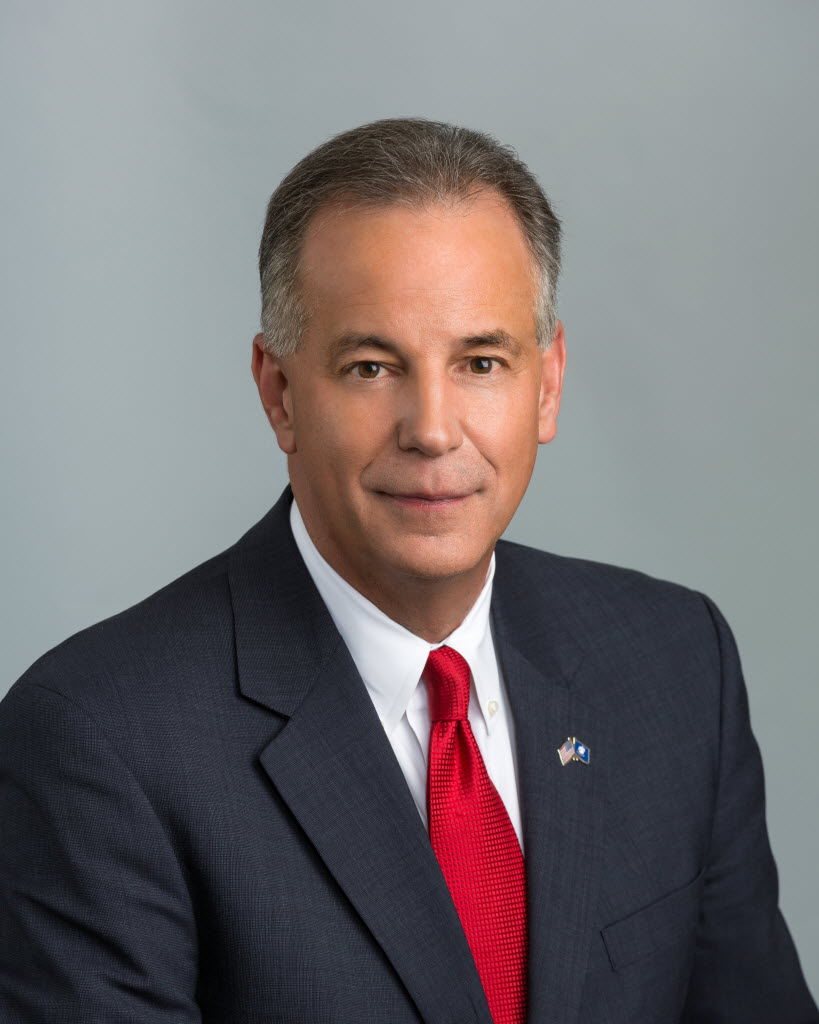 In his first bid for public office, Clay Higgins — known as the Cajun John Wayne — defeated political veteran Scott Angelle on Saturday night in the contest to become Acadiana’s congressman.

Higgins, who ran as a tough-talking outsider, soundly beat Angelle, who was the presumptive front-runner since entering the race, by about 7,000 ballots, or 12 percent of the total vote, according to the Secretary of State's complete but unofficial tally.

Wearing a black suit instead of his ubiquitous cowboy hat, Higgins said shortly after Angelle conceded that his staff already was at work setting up his office in Washington. He hoped to get spots on the House committees overseeing energy issues and veterans affairs policies.

Angelle said he was discouraged but not heartbroken. He returns to the utility-regulating Public Service Commission, where he is chairman.

It was a mean-spirited campaign that turned on which candidate best motivated his supporters to go vote on a cold but clear day in south Louisiana. Polls in the run-up to Saturday’s election showed a dead heat.

The 3rd Congressional District includes the 10 parishes from the Atchafalaya Swamp west to the Sabine River, and from the Gulf of Mexico to a little north of Interstate 10.

The Secretary of State’s Office calculated a 27.7 percent turnout. In the Nov. 8 primary, turnout was 67.7 percent at the district’s 567 precincts, and Angelle led the 12-candidate field with 29 percent of the vote — less than the 30 to 40 percent margin that was expected of the third-place finisher in the 2015 governor’s race. Higgins polled 26 percent of the total.

Of the 512,621 people registered to vote in Saturday’s election, 72 percent are white and 58 percent are Republicans or independents. In 2012, Republican presidential nominee Mitt Romney polled two-thirds of the ballots over President Barack Obama.

Almost half the registered voters live in the district’s urban centers of Lafayette and Lake Charles.

Angelle did well in those cities during the primary. Higgins was strongest in the rural parishes in both the primary and the runoff. In Saturday's run off, Higgins won Lafayette Parish, the most populous in the district, and St. Mary Parish, where Morgan City is located.

Acadiana’s economy is based on rice and sugar cane farming, along with a healthy contingent of workers in the oilfield drilling and services industry.

The region has been struck hard by the downturn in energy prices, and its unemployment rate has been hovering at about 6.7 percent.

Both candidates said the best way for the economy to rebound is to reduce the size of federal government and its reach into the businesses and farms of the region.

But the working-class tone to the region’s politics, which once favored the populism of Edwin W. Edwards, is in an anti-incumbent mood.

Angelle has deep support in Acadiana. But his long résumé of public service also may be working against him.

Higgins presented himself as a blunt-speaking everyman. He benefited from the surge of angry voters energized by Donald Trump to go the polls in November.

The question going into Saturday night was whether those occasional voters who cast ballots for Trump would return for Higgins or whether the supporters who have backed Angelle over the years could outnumber the angry voters backing Higgins.

Higgins is best known for his stint as the St. Landry Parish Sheriff’s Office Crimestoppers representative. His tough-talking videos, in which he calls suspects out by name while carrying automatic weapons, went viral on the internet. He appeared on national television, and his entry into the congressional race was covered by European news outlets.

Public Service Commission Chairman Angelle has been in public life since being elected to the St. Martin Parish Police Jury in 1986. Since then, the 55-year-old has been a parish president; secretary of the state Department of Natural Resources, which oversees oil and gas production; interim lieutenant governor; legislative liaison for Gov. Bobby Jindal; and head of the board that regulates utilities, telecommunications and intrastate trucking.

In 2015, Angelle went from being barely known outside state government to coming within a thousand votes of displacing fellow Republican U.S. Sen. David Vitter in the runoff in the governor’s race. Angelle told voters during a televised debate just days before the polls opened: “We have a stench that is getting ready to come over Louisiana if we elect David Vitter as governor.”

The state Republican Party considered, but rejected, an effort to censure Angelle for not backing Vitter in the runoff.

But many Republicans remained angry at what they saw as Angelle’s betrayal. Higgins was supported by a super political action committee run by Vitter’s former chief of staff.

When given a chance to question Angelle directly during a televised debate Thursday, Higgins chose to ask his opponent to explain why he didn't back Vitter.

Angelle said that after consulting with his family, he thought it best to leave the choice to Louisiana voters. He then pointed out that Higgins didn’t vote at all in that runoff.

When his turn came around, Angelle grilled Higgins on why he ducked paying child support and taxes. Higgins responded that he had never committed a criminal act and had not violated any police or sheriff’s department policy.

Higgins was asked to discuss allegations that he threatened one wife and owed almost $150,000 in child support to another wife. His use of Sheriff's Office equipment to book speaking engagements for which he was paid cash also was questioned.

Angelle had to sort out the fine distinctions of the law in explaining how his six-figure position on the board of directors of a pipeline-owning oil company wasn’t unethical because none of the pipelines, which the Public Service Commission would regulate, are in Louisiana.

Back in July, when candidates were signing up to run for elective office, dozens claimed to be outsiders who planned to use social media to ov…

U.S. Rep. Clay Higgins isn't backing away from attention-grabbing comments he made on social media, calling for "every conceivable measure" to…

A lighter side of crime news, Tangi style ...

The Tangipahoa Parish Sheriff’s Office is taking a page from the anti-crime bravado once mastered by U.S. Rep. Clay Higgins when he was the fa…

Scott Angelle’s life cycles recently have become something akin to an oilfield worker, which kind of fits because he now regulates offshore dr…