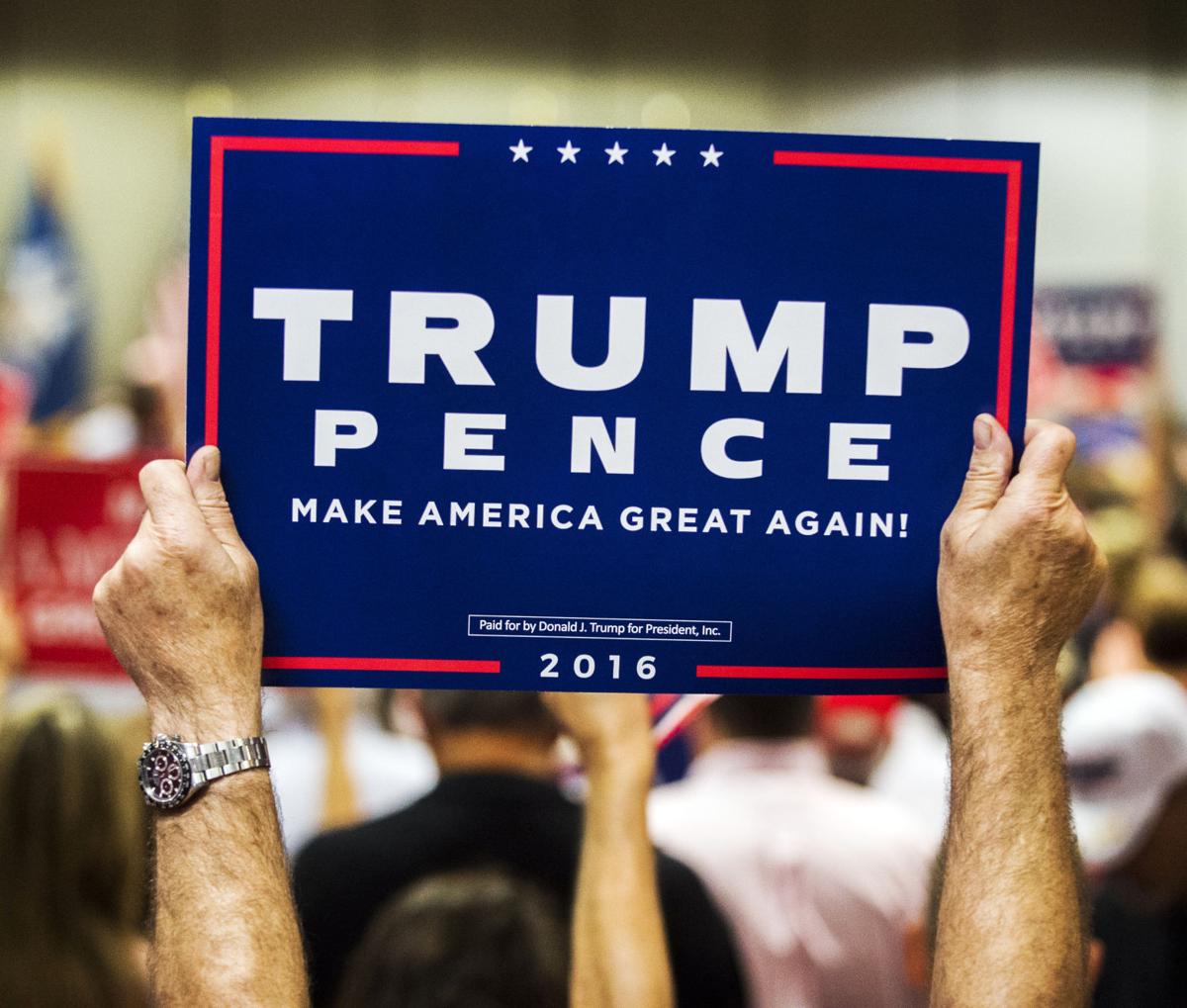 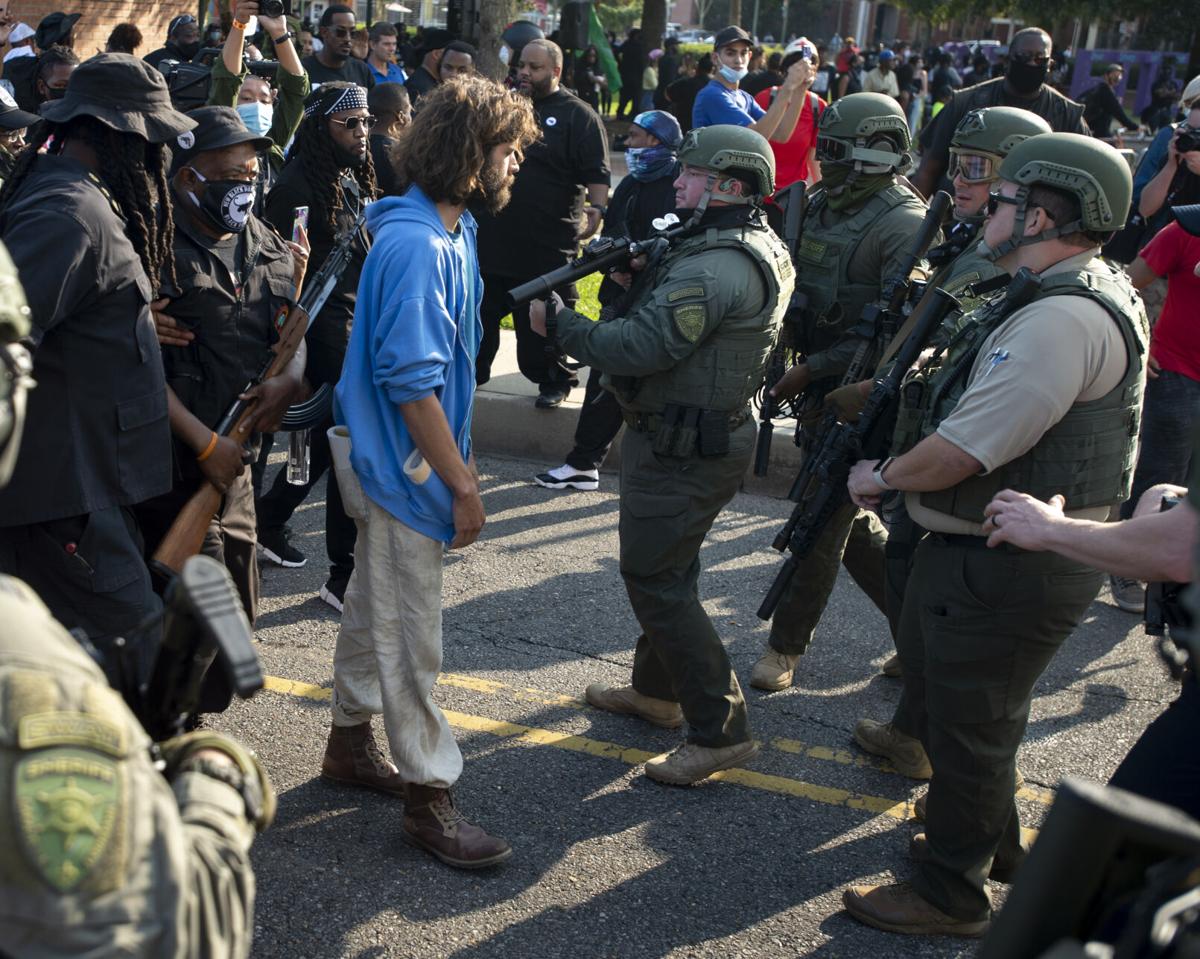 Protesters and police square off during a rally held by the NFAC on Saturday, October 3, 2020, in downtown Lafayette.

Protesters and police square off during a rally held by the NFAC on Saturday, October 3, 2020, in downtown Lafayette.

Local supporters of President Donald Trump are moving forward with a rally Saturday in Lafayette to show support for the president despite tensions over the disputed presidential election that led to a deadly riot Jan. 6 by Trump supporters at the U.S. Capitol.

"We have a right as citizens of this country to gather peacefully and voice our support of" Trump, rally organizer Holly Sanders said. "We, as patriots that are for Trump, are going to continue to support him."

Lafayette police will be prepared for violations of the law, such as blocking streets, as well as any counter-activity that might arise, Jamie Angelle, chief communications officer for Lafayette Mayor-President Josh Guillory, said Tuesday.

The rally organizers do not have a permit and don't need one as long as they remain on sidewalks and private property, provided they have permission from the property owner.

All law enforcement agencies, Angelle said, including the city police, sheriff's office, state police and city marshal's office, will be on heightened awareness this week and next protecting federal, state and local buildings and responding to problems that may arise.

Federal officials have warned that they have learned of plans to hold protests, rallies and possible attacks at government buildings across the nation this weekend and next week associated with the inauguration of president-elect Joe Biden.

Sanders, appearing Tuesday on 98.5 Newstalk's radio show The Ross Report, described Saturday's event as "a rally, not a protest. A peaceful gathering of people."

Sanders said she organized the rally in December. This was after the presidential election in which Trump was defeated by Biden, although Trump and many of his supporters remain convinced, despite providing no evidence, that the election was stolen.

Initially, Sanders called the event a Trump Throwdown Rally. She renamed it Hold the Line Rally after the events of Jan. 6.

The rally, which she stressed will be peaceful, is planned for 10 a.m. until noon at the corner of Ambassador Caffery Parkway and Johnston Street in Lafayette.

"The event is public," Sanders said, "as long as you're on the same side as us and support our cause: Bringing everyone together in a peaceful unit to support Trump."

Some in the community are trying to discourage the gathering, while others expressed concern about such an event while tensions remain high after the deadly Jan. 6 event in Washington, D.C.

Jamal Taylor, a local activist and co-founder of Stand Black, said he knows of no plans to counter-protest the Saturday event.

"We believe people have the right to assemble peacefully," he said Tuesday. "We hope they will be peaceful. Based on what we saw in Washington, D.C., there are serious issues that arise based on the seditious behavior of people operating under the same mindset and colors."

In a Jan. 10 email to the Lafayette Police Department, FBI and others, Taylor said he was disappointed that he has not heard about law enforcement plans for the rally given the large police presence at an earlier march by Black activists.

"It seems that we have a double-standard as it relates to Black citizens peacefully protesting and groups with potential ties to White domestic terrorist organizations," he said. "I believe in the peaceful right to assemble; however, given the nature of behavior that we have seen from far right extremists groups we must be certain that this does not spill over into the community."

Supporters of President Trump planning to protest in Lafayette on Saturday may have to find a new location.