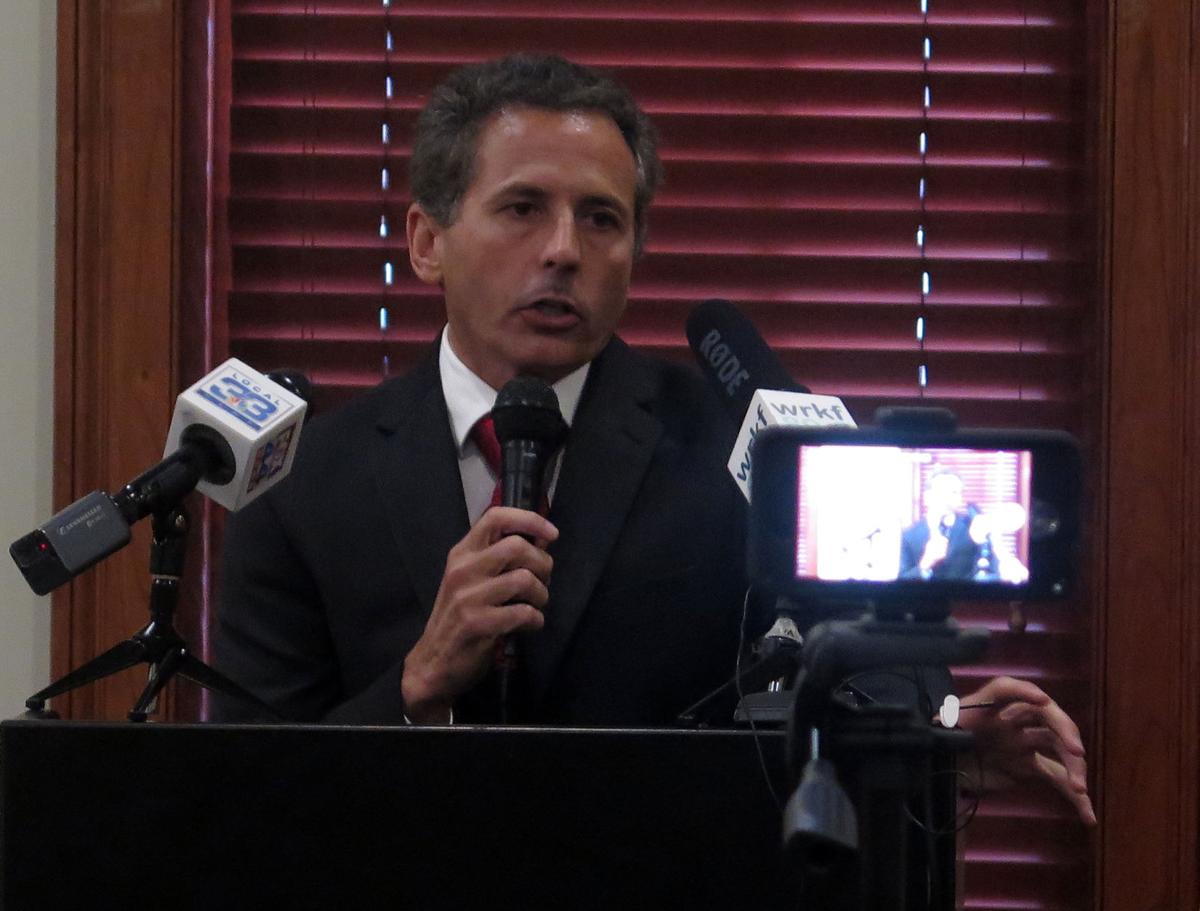 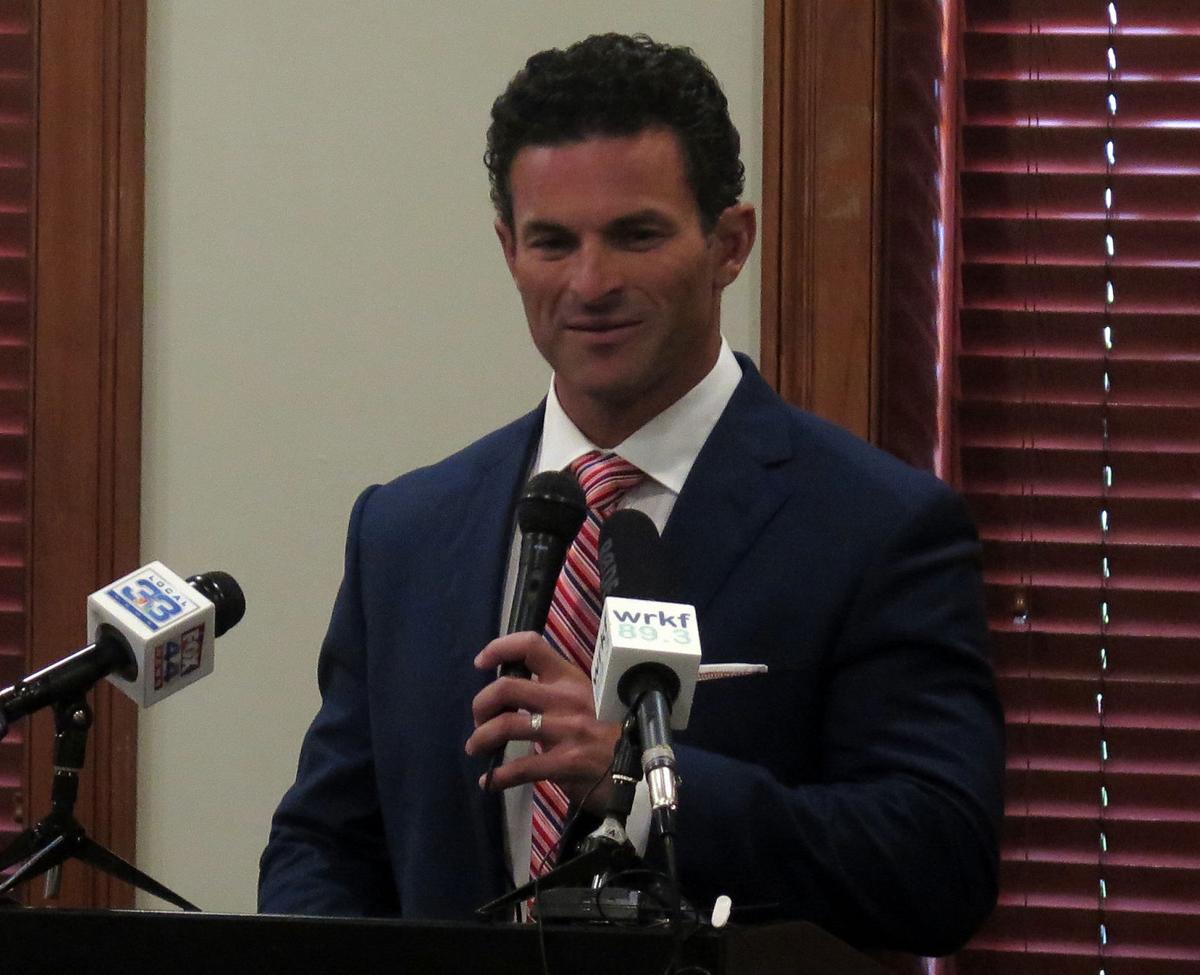 Louisiana Public Service Commission candidates wanted Tuesday to talk about utility regulation. But the forum’s audience would have none of it.

“All that sounds boring to me,” said Scott Wilfong, a Republican activist from Baton Rouge. “Where do you stand on what matters to real conservatives? Are you pro-life? Are you pro gun? Did you support President (Donald) Trump?”

Both interim PSC Commissioner Damon Baldone, a lawyer from Houma, and Craig Greene, a Baton Rouge physician, said they oppose abortion and support gun rights. Greene has 17 guns. Baldone is an outdoorsman with memberships in the National Rifle Association and Ducks Unlimited.

All three candidates are Republican in the Oct. 14 election to replace Scott Angelle, who resigned to take a job in the Trump administration. At the last minute, Lenar Whitney bowed out of the Republican Party of East Baton Rouge Parish forum that would have been the first time all the candidates appeared together.

A PSC commissioner represents more constituents than a congressman. This fall’s race will decide who represents the PSC Second District that covers all or part of 13 parishes and includes south Baton Rouge, the Lafayette area, Houma and Morgan City.

Political Horizons: The election for the most important job you've never heard of deserves more attention

A PSC commissioner's regulatory authority includes utility companies, basically deciding how much customers pay each month for electricity, the second largest bill in the typical household.

But the key issue at Tuesday’s forum was party loyalty.

Baldone had been appointed by Democratic Gov. John Bel Edwards but signed up as a Republican to run for a seat that last elected a Democrat in 1980s. And Greene, whose father was one of the first Republican state senators in modern times, supported Edwards over Republican David Vitter in the 2015 gubernatorial race.

Many of the two dozen people at the forum wanted to know why.

“Anyone who has been a Democrat in the last eight years … I don’t have a lot of faith in them,” Cecil J. Cavanaugh, a Baton Rouge CPA, told Baldone.

Louisiana First Circuit Court of Appeal Judge J. Michael McDonald questioned Baldone for once trying to register as both a Republican and a Democrat. Baldone said each party has some philosophies he doesn’t like and some positions he does.

“I don’t find much to like about the Democratic Party. I’m just curious what it is that you like so much,” McDonald said.

Baldone said he has long been conservative in his political philosophies. But he also wants to work with others to get things done.

Greene had to defend his support of Edwards in the 2015 election.

Greene said he backed Republican Jay Dardenne in the primary. But he wouldn’t back Vitter in the general election.

“I had a problem on the personal side with the Republican nominee,” Greene said haltingly. “I’ve been a conservative my whole life."

Greene promised to vote for the Republican candidate, regardless of who that might be, in 2019 when Edwards runs for re-election.

In the moments the candidates talked utility regulation, they both agreed that the PSC should push utility companies to consider using “time of use” rates.

The privately owned companies, on PSC recommendations, have begun installing “smart meters,” which allow the utilities to more easily bill customers for the amount of electricity used. The meters are so specific they can chart exactly when the electricity is used, thereby giving the companies the ability to provide discounts in off hours and charge more during peak hours when air conditioners are running full tilt. Utility companies have been reluctant to embrace “time of use” rates, but regulators in several states have insisted the utilities adopt the practice.

Louisiana has some of the lowest prices for electricity in the country. But the state’s residents use more power than the average America resulting in high electricity bills.

Greene said lower prices would entice residents to, say, wash a load of laundry at night or turn down the air conditioner after midnight.

Baldone said the “time of use” issue definitely will come up during the next year.

Though the candidates generally agreed on most issues, they differed Thursday on the role the Public Service Commission should play in attract…

All three PSC candidates attend their first forum together

Appearing together Monday at a forum for the first time in the campaign, the three Republican candidates for the Public Service Commission too…