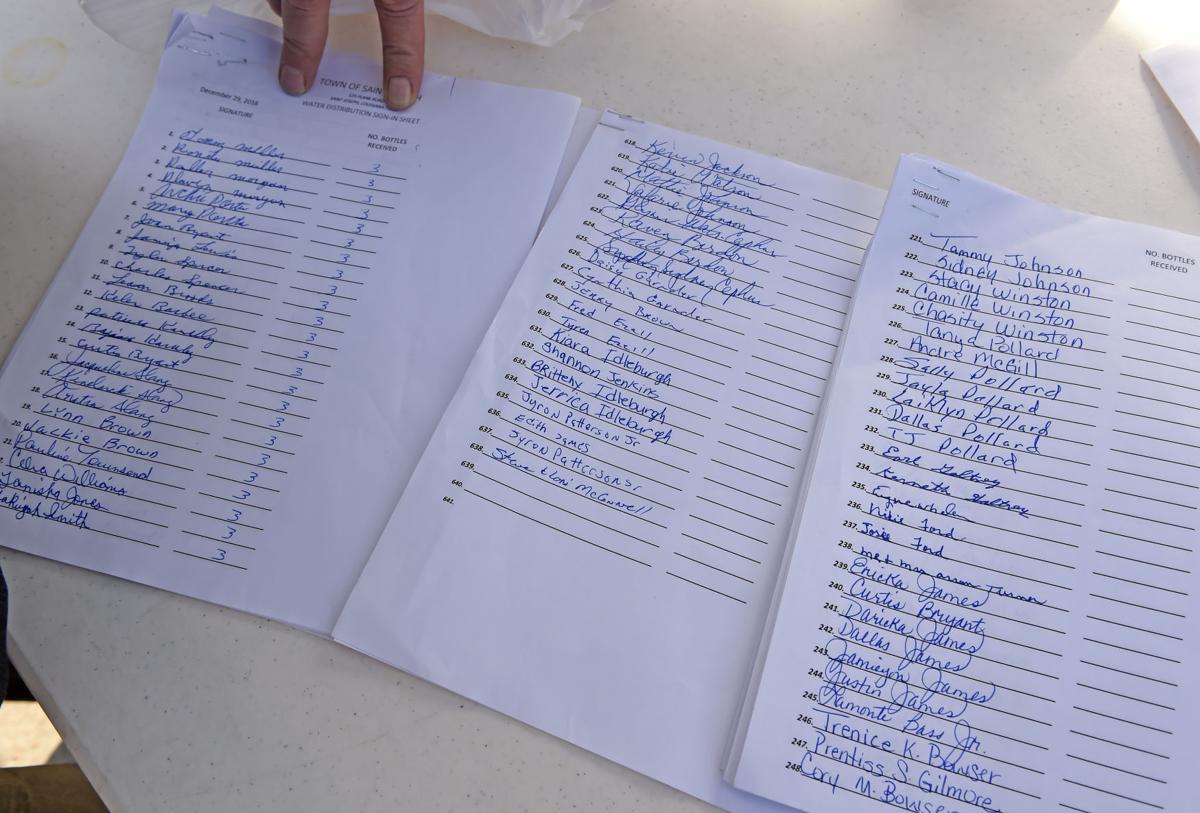 The list of St. Joseph citizens who have signed to pick up bottled water because of high concentrations of lead in their drinking water Thursday Dec. 29, 2016, in St. Joseph, La. 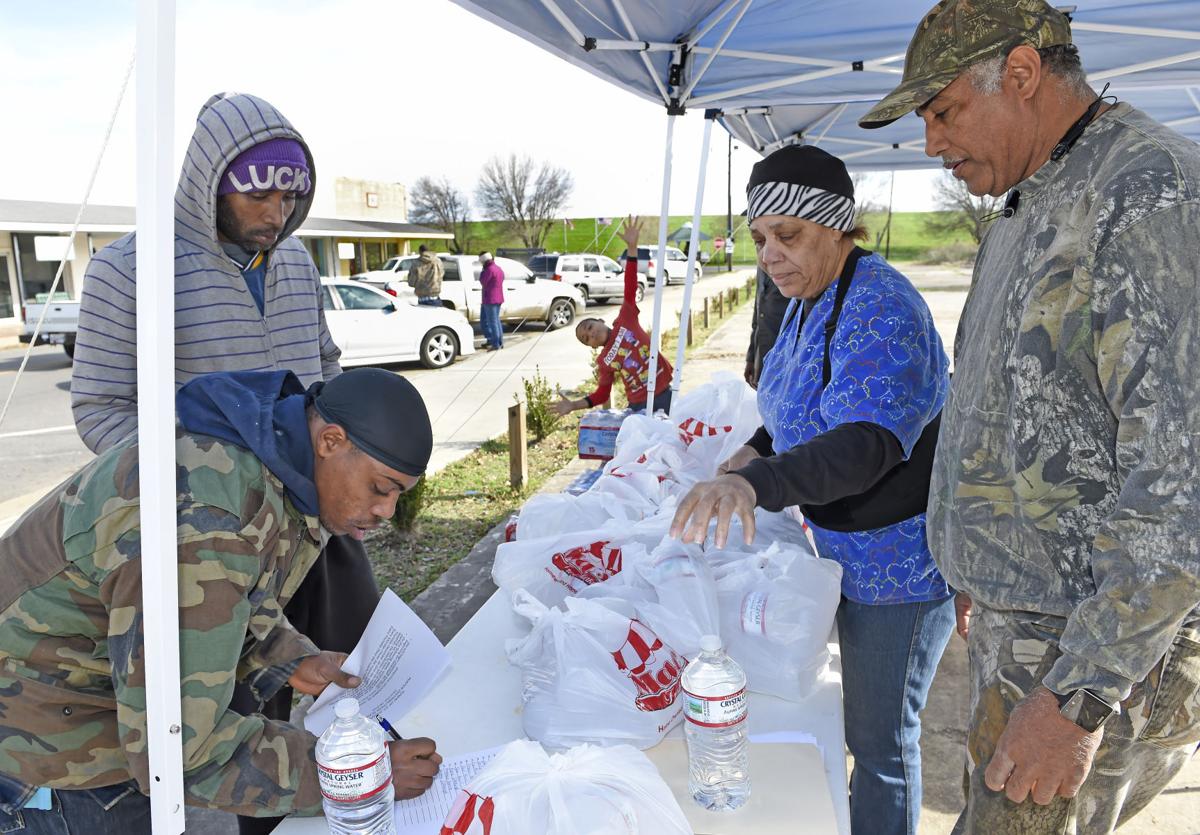 The list of St. Joseph citizens who have signed to pick up bottled water because of high concentrations of lead in their drinking water Thursday Dec. 29, 2016, in St. Joseph, La.

Four out of 10 systems operated by local and parish governments in Louisiana don’t charge enough for their drinking water to cover their costs, according to a report released Monday by the Louisiana legislative auditor.

That’s a worrisome statistic for the state’s health officer, who says timely repairs and upgrades are the keys to avoiding a crisis like the one that befell St. Joseph before Christmas. The thousand residents of the small northeast Louisiana town will continue drinking bottled water while waiting completion of a new $8 million water system.

St. Joseph residents to receive water through September because of lead contamination

The residents of St. Joseph will be drinking water delivered by trucks for at least eight mo…

Dr. Jimmy Guidry, the state’s health officer, theorizes the instability of St. Joseph’s poorly maintained system caused some of the old pipes and old repairs to start flaking lead into the drinking water.

Auditors reviewed 212 of the 424 government-controlled water systems in the state and found 87 had expenses that exceeded revenues in fiscal year that ended June 30, 2015. About half of those systems also operated in the red for 2013 and 2014.

Monday’s findings by Legislative Auditor Daryl Purpera indicate a distinct possibility that a substantial number of water systems are following St. Joseph’s path. Purpera primarily was looking at how efficiently the Louisiana Public Service Commission was reviewing rate increases for the 426 privately owned systems that sell water to customers across Louisiana. Governmental water systems are not regulated by the PSC, but the auditors included that data.

Somewhat like Brigadoon, the village of Broadway musical fame that reemerges for a short tim…

The state has a loan program that can help water systems upgrade, but there’s far too little money available, Guidry told The Advocate on Monday.

“The revolving loan fund is addressing the issue in terms of millions of dollars, but we’re talking about billions of dollars at the same time that we’re also talking about infrastructure spending for roads and bridges,” Guidry said, adding he would like to see improving water systems put on the same level as transportation, which needs about $13 billion to catch up on maintenance.

“I strongly believe it needs to be brought to the forefront," Guidry said. “Being responsible to help systems meet the requirements, then being held accountable when they can’t — that’s a tough place to be when the priority is not given as much as it should be.”

State auditors found 301 of 507 water systems responding to their survey had pipes and treatment facilities more than 30 years old. The infrastructure for another 76 systems is older than a half century.

Postponing repairs and replacements increases the odds of water main breaks and other failures that dramatically increase the costs, according to the American Water Works Association. The cost of replacing St. Joseph’s water system, required because lead was found in the drinking water, amounts to about $8,000 per resident and is four times the town’s total assets.

Lead found in Saint Joseph drinking water in 20-plus percent of homes, businesses

SAINT JOSEPH – Within minutes of being sworn in Friday as mayor, Elvadus Fields was informed…

“Funding and the lack of customers to pay for infrastructure upgrades, chemicals, and monitoring is a statewide issue for all small systems,” the auditor’s report states.

Almost three-quarters of the water systems in the state fall under the legal definition of "small," meaning they have fewer than 3,300 customers, according to the legislative auditors. For example, St. Tammany Parish has 58 small or very small water systems.

Small water systems have fewer customers to pay the costs, so the systems can’t buy water treatment chemicals in bulk.

Of the 4,520 violations issued by the state Health Department, 3,788 were issued to systems that serve fewer than 3,300 customers.

The five elected PSC commissioners encourage the smaller systems to merge and consolidate, thereby creating a larger group of customers over whom to spread the costs, said Eve Kahao Gonzalez, the PSC’s executive secretary. She also noted Louisiana has much lower rates for drinking water than the rest of the country.

In East Feliciana Parish, five small systems are in the process of merging into one larger provider of drinking water. Ascension Parish is looking at similar combinations.

The tiny burg of St. Joseph is the seat of rural Tensas Parish in the Mississippi Delta, but…