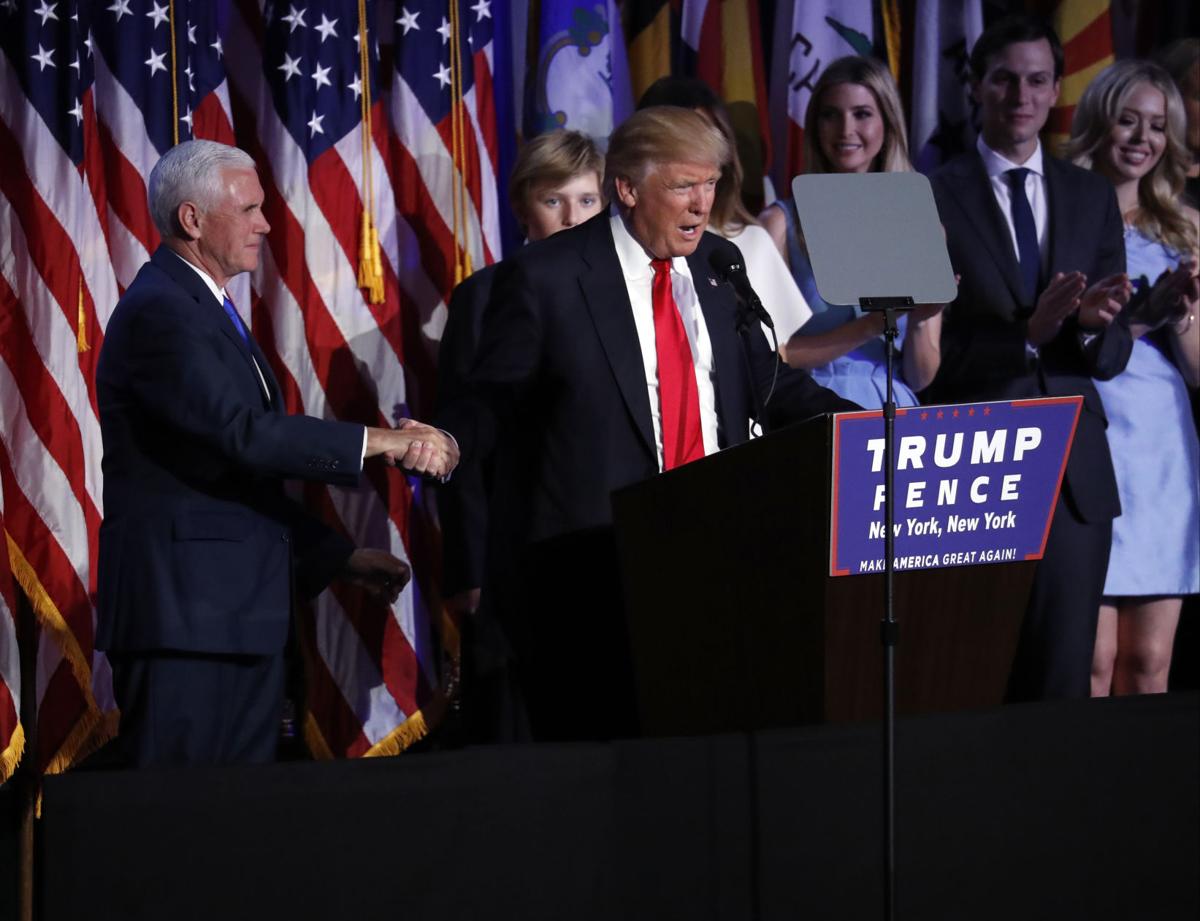 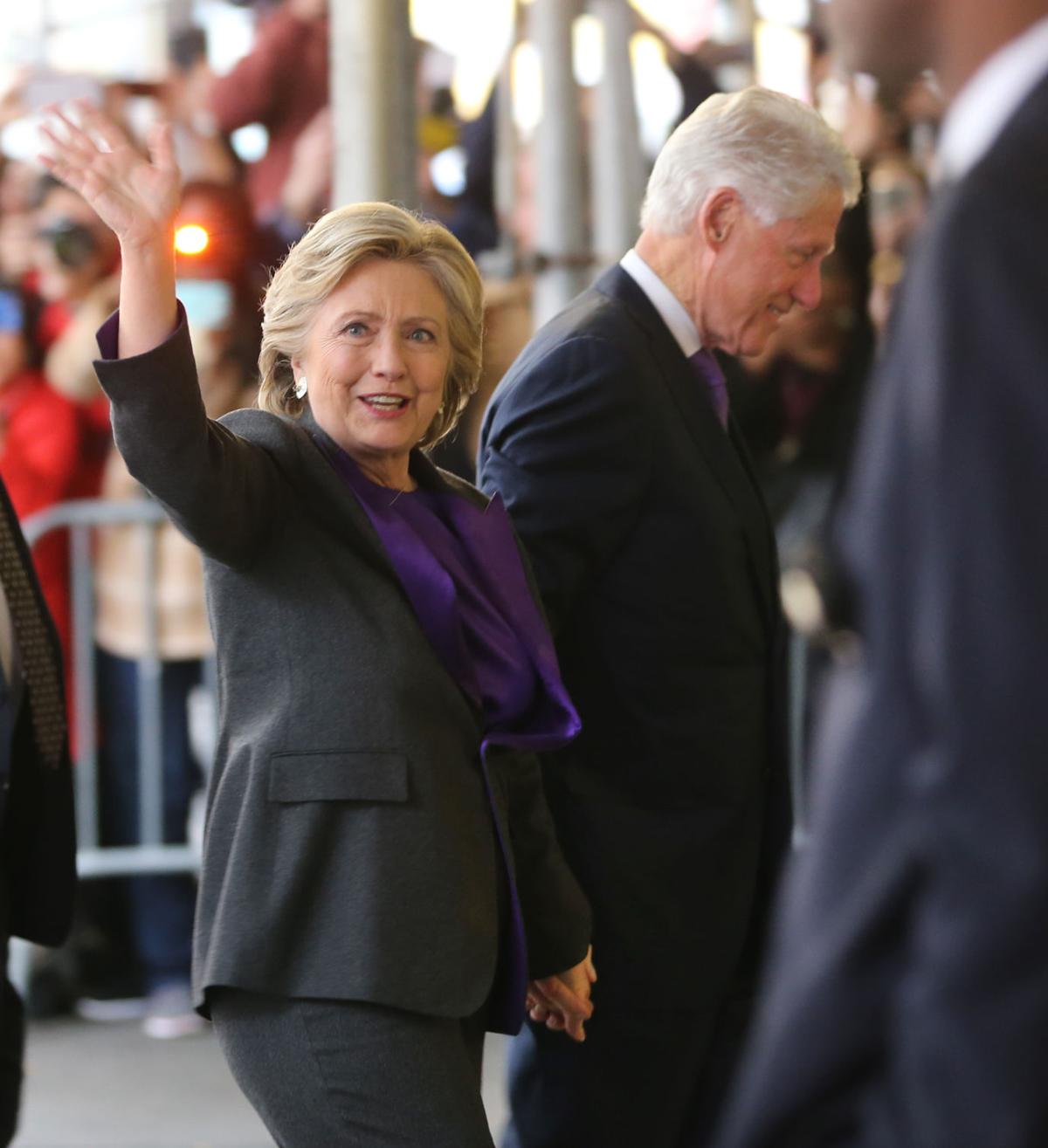 Hillary Clinton, holding hands with her husband, former President Bill Clinton, waves to a crowd outside a New York hotel as she arrives to speak to her staff and supporters after losing the race for the White House, Wednesday, Nov. 9, 2016. Earlier in the day she conceded the race to Republican president-elect Donald Trump. (AP Photo/Seth Wenig) ORG XMIT: NYSW303

Hillary Clinton, holding hands with her husband, former President Bill Clinton, waves to a crowd outside a New York hotel as she arrives to speak to her staff and supporters after losing the race for the White House, Wednesday, Nov. 9, 2016. Earlier in the day she conceded the race to Republican president-elect Donald Trump. (AP Photo/Seth Wenig) ORG XMIT: NYSW303

His opponent, former Secretary of State Hillary Clinton, got fewer Louisiana votes – and a lower percentage of the total cast in the state – than any Democratic presidential candidate since 1988.

Local analysts looking over the results Wednesday attributed those facts to sheer numbers – more voters were registered than ever before – coupled with a lack of enthusiasm among African American voters because Clinton wrote off Louisiana as a GOP lock. Except when her husband, Bill Clinton, won in 1992 and 1996, the last Democrat to have won a presidential contest in Louisiana was in 1976.

Trump collected 1.18 million votes, or 58 percent of the ballots cast Tuesday, according to complete but unofficial tallies by the Secretary of State’s Office.

Though Trump had more actual votes, his 58 percent of the total ballots cast was the same as received by Mitt Romney, the GOP presidential nominee who won Louisiana in 2012. Republican U.S. Sen. John McCain received 59 percent of the Louisiana vote in the 2008 presidential election, but polled 30,000 ballots less than Trump.

Baton Rouge-based pollster and demographer John Couvillon put the difference between white and black turnout at about 7 percent, compared to 3-5 percent lower in the previous two presidential elections. Chervenak and Couvillon's methods differed slightly, but their results were similar.

Couvillon thumbed through precinct vote counts Wednesday to look at voter turnout by race. Exact statistics sorted by gender and race won’t be compiled by the Secretary of State for a couple of weeks.

Couvillon calculated that 28 percent of the voters on Tuesday were African American. In 2012, black turnout was about 31 percent.

“That lessened minority intensity is, in my opinion, why Hillary Clinton got 38 percent of the vote and not the 40 or 41 percent Democrats usually expect,” Couvillon said.

Albert Samuels, a professor of political science at Southern University in Baton Rouge, said Clinton was popular in the African American community. Her problem was that black turnout was lower than in 2012, when Obama was at the top of the ticket.

Clinton wrote off Louisiana early on to focus on states where a Democratic candidate has a better chance, he said. Campaigning in Louisiana wouldn’t have turned this red state blue, but it would have brought her numbers closer to what Democrats traditionally poll, Samuels said.

“She definitely underperformed here in Louisiana. It is significant that she was below 40 percent,” he said.

Scores of demonstrators descended on Lee Circle late Wednesday to protest the election of Donald J. Trump, waving placards that read "Not my p…

How do Baton Rouge mayor-president runoff foes win it all? 2 factors may hold the key

A recently released report on Russian efforts to influence the U.S. presidential election has drawn mixed reviews from President-elect Donald …

By now, we know who emerged victorious in Tuesday's elections across Louisiana. But taking a closer look at the results yields a few "wow" fac…