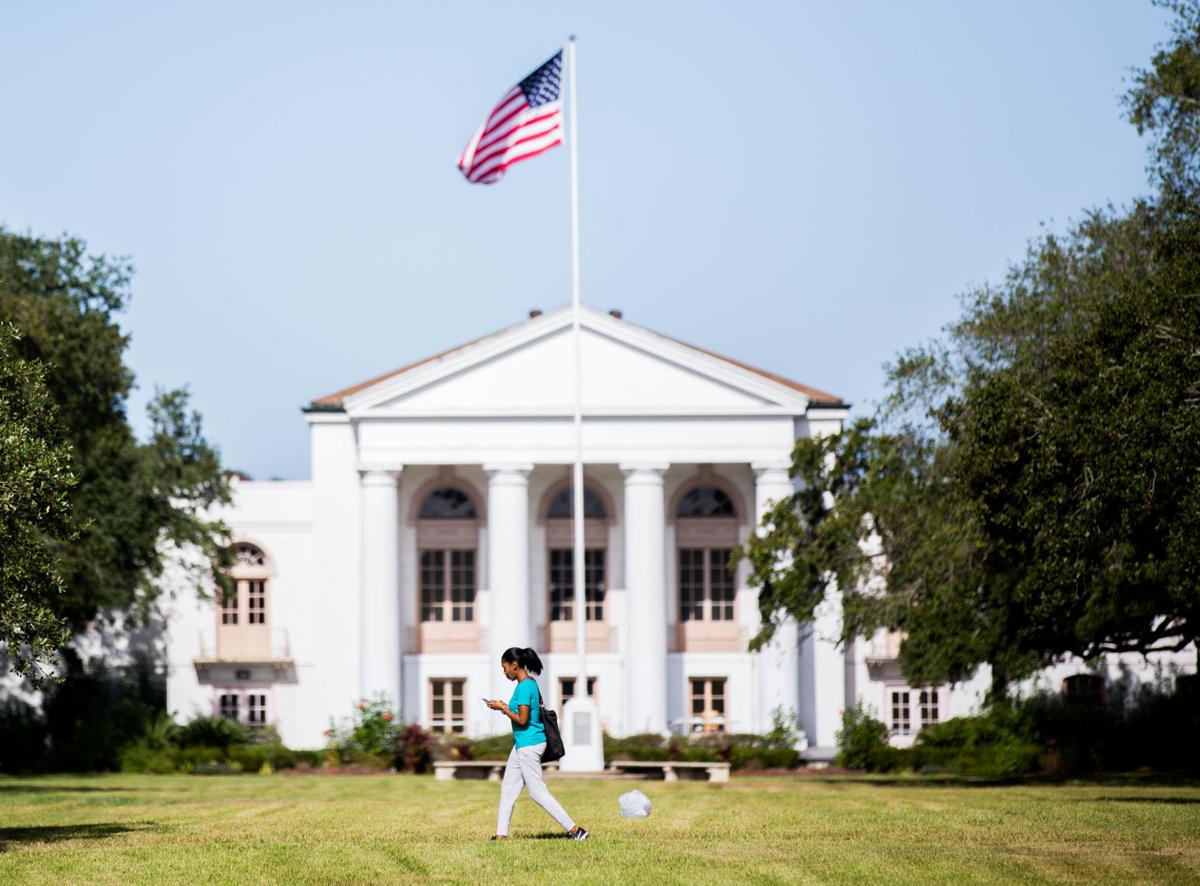 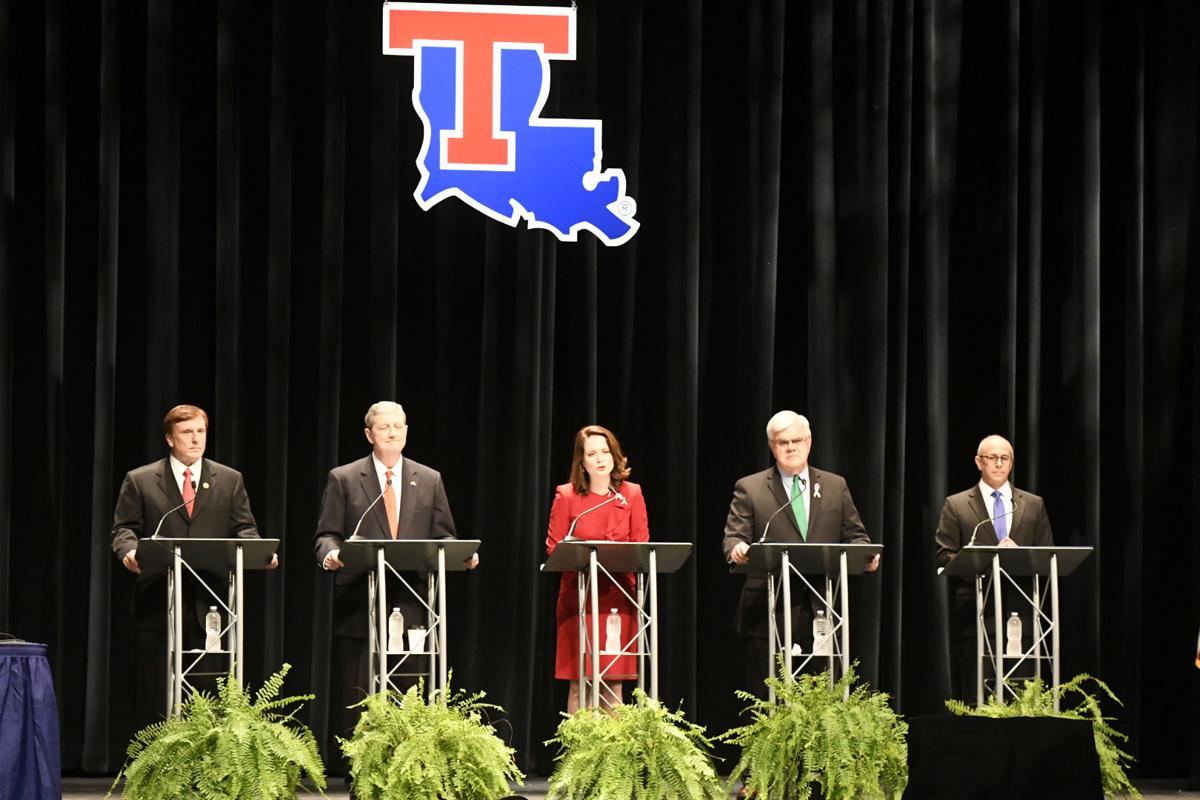 The U.S. Senate race to replace Sen. David Vitter, who is stepping down at the end of his term, has garnered little attention. Five candidates have emerged as leaders in the 24-candidate race, including three Republicans and two Democrats. In their own words, here are those candidates' thoughts on seven key issues facing Louisiana.

The U.S. Senate race to replace Sen. David Vitter, who is stepping down at the end of his term, has garnered little attention. Five candidates have emerged as leaders in the 24-candidate race, including three Republicans and two Democrats. In their own words, here are those candidates' thoughts on seven key issues facing Louisiana.

Bet you can’t remember any signature moments from the first U.S. Senate debate two weeks ago.

Protests against Duke by students and perhaps others are likely outside of Georges Auditorium.

David Duke heads to a debate at Dillard, and some students are unhappy

Inside, the six candidates will have 60 minutes to impress viewers statewide – enough to claim one of the two runoff spots in a primary race that’s too close to call. In an unusual move, debate sponsor Raycom Media is excluding students, the general public and journalists from the auditorium.

Duke, Kennedy, Boustany and Fleming are Republicans while Campbell and Fayard are Democrats. The top two finishers on Tuesday will advance to the Dec. 10 runoff, regardless of party.

The stakes are high Wednesday night.

“There will be lots of opportunities for fireworks,” said Ed Chervenak, a University of New Orleans political science professor. “Kennedy will go after Boustany, Boustany will go after Kennedy and the Democrats will go after each other.”

Duke, a white supremacist, was the grand wizard of the Knights of the Ku Klux Klan from 1974-80 and represented Metairie in the Louisiana House from 1989-92.

He will be the wild card.

“He might make some inflammatory statement, and people will have to respond,” Chervenak said.

On his one-hour syndicated radio show Tuesday, Duke said that Hillary Clinton, the Democratic presidential nominee, ought to be tried for treason for supporting Saudi Arabia, which, Duke said, sheltered the ISIS terrorists.

Duke has been a non-factor in the Senate race, having raised enough money to advertise only on cable television, recently, and having limited his campaigning mostly to weekend gun shows.

Duke was suddenly in the news again after Raycom announced two weeks ago that, with 5.1 percent, he had met the 5 percent polling threshold to qualify for the debate.

John Kennedy and Foster Campbell lead the field in the race to qualify for the U.S. Senate r…

He had not qualified for last month’s debate at Louisiana Tech.

The top five candidates for the U.S. Senate clashed Tuesday night over the Affordable Care A…

Not meeting the requirement for either debate was Rob Maness, a Republican and retired Air Force colonel, and another 17 other candidates on the lengthy ballot.

The debate will air beginning at 7 p.m. on WVUE in New Orleans, WAFB in Baton Rouge, KSLA in Shreveport, KPLC in Lake Charles and KALB-CW in Alexandria. Each of the stations’ websites will stream the debate live. C-SPAN also will carry it live nationally.

Moderating will be WVUE’s John Snell, an experienced hand who has performed this role more than a dozen times over the past 25 years.

“There’s a lot of anxiety,” said Chris John, now an oil industry representative who participated in debates when he finished second in the 2004 Senate election. “On the day of the debate, I spent four or six hours in a hotel room going over every issue and making sure that the theme of my campaign was woven into all the answers. One slip-up could cost you a runoff spot.”

In a sign of the heightened passions caused by Duke, a group calling itself Socially Engaged Dillard University Students wrote the university’s president on Monday to express concern that his presence could endanger students, to ask the university administration to condemn the Ku Klux Klan and the Nazi Party, to request that at least 150 students be permitted to attend the debate and to seek permission to hold a protest on campus two hours before it begins.

A university spokesman on Tuesday said no one would respond to a request for an interview about the letter.

Breial Kennedy, one of the two students identified as a spokesman for the student group, questioned why students cannot attend the debate.

The decision was made by Raycom.

The only spectators allowed in 400-seat Georges Auditorium will be the production staff and five guests from each campaign.

When asked if Duke was the reason, she said, “I’m not going to elaborate any further than I already did.”

In an interview, Duke, R-Mandeville, expressed confidence that he is dramatically underpolling and will win a spot in the runoff.

Asked what message he will deliver Wednesday night, Duke said, “We have to have control over the political structure, which is in the hands of a tiny number of super wealthy, criminal bankers and unelected media bosses who unduly affect American elections and manipulate and distort the American political process.”

Fleming is a third-term congressman who represents north Louisiana.

“The message is I’m the one true and proven conservative in this race,” Fleming said. “My record stands out among all. I came through adversity to receive my American dream.”

Campbell, D-Bossier Parish, has been a state senator and now regulates utilities.

“I’ve taken on all the utility companies,” Campbell said. “I took on (then-Gov.) Bobby Jindal when everyone else was joined at the neck with him. I have never said any good things about (Sen.) David Vitter.”

Kennedy, of Madisonville, has been the state treasurer since 2000. Elected and re-elected as a Democrat, he became a Republican in 2007.

“I hope we’ll get time to cover a lot of topics,” Kennedy said. “I hope it doesn’t turn into a name-calling match.”

Boustany, R-Lafayette, is serving a seventh term representing Acadiana and some coastal parishes.

“He’s the conservative who gets results,” said spokesman Jack Pandol, adding, “David Duke is a total relic of the past. He’s not representative of the Louisiana of today.”

At 38, Fayard, D-New Orleans, is the youngest candidate and the only one not serving in elected office.

“It’s about the offering the voters of Louisiana a clear choice between the past and the future,” said spokesman Beau Tidwell.

Grace Notes: David Duke brings spotlight to Senate debate, up to serious candidates to make most of it

As six U.S. Senate candidates debated inside, a raucous debate raged outside at Dillard University.

Dillard President: Polling 'rigged' to include David Duke in debate at HBCU