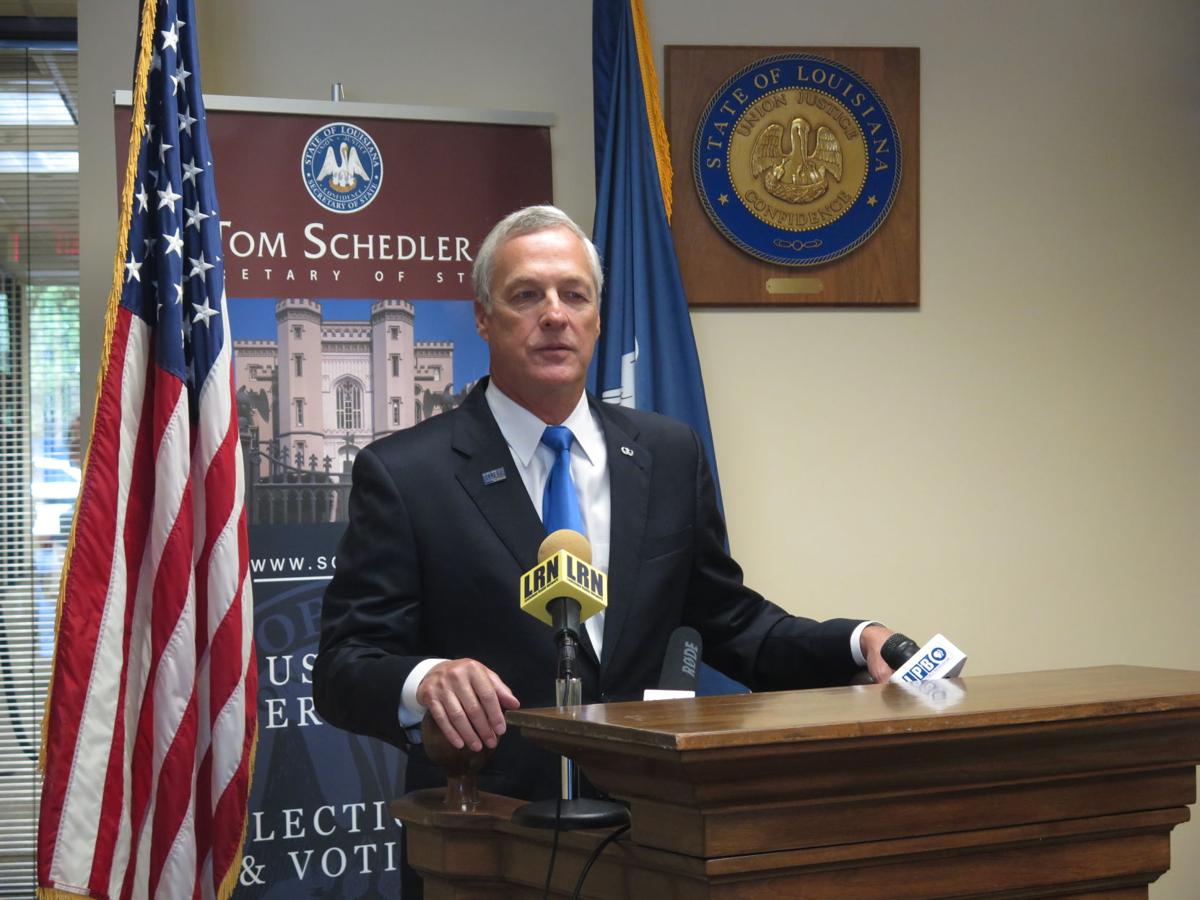 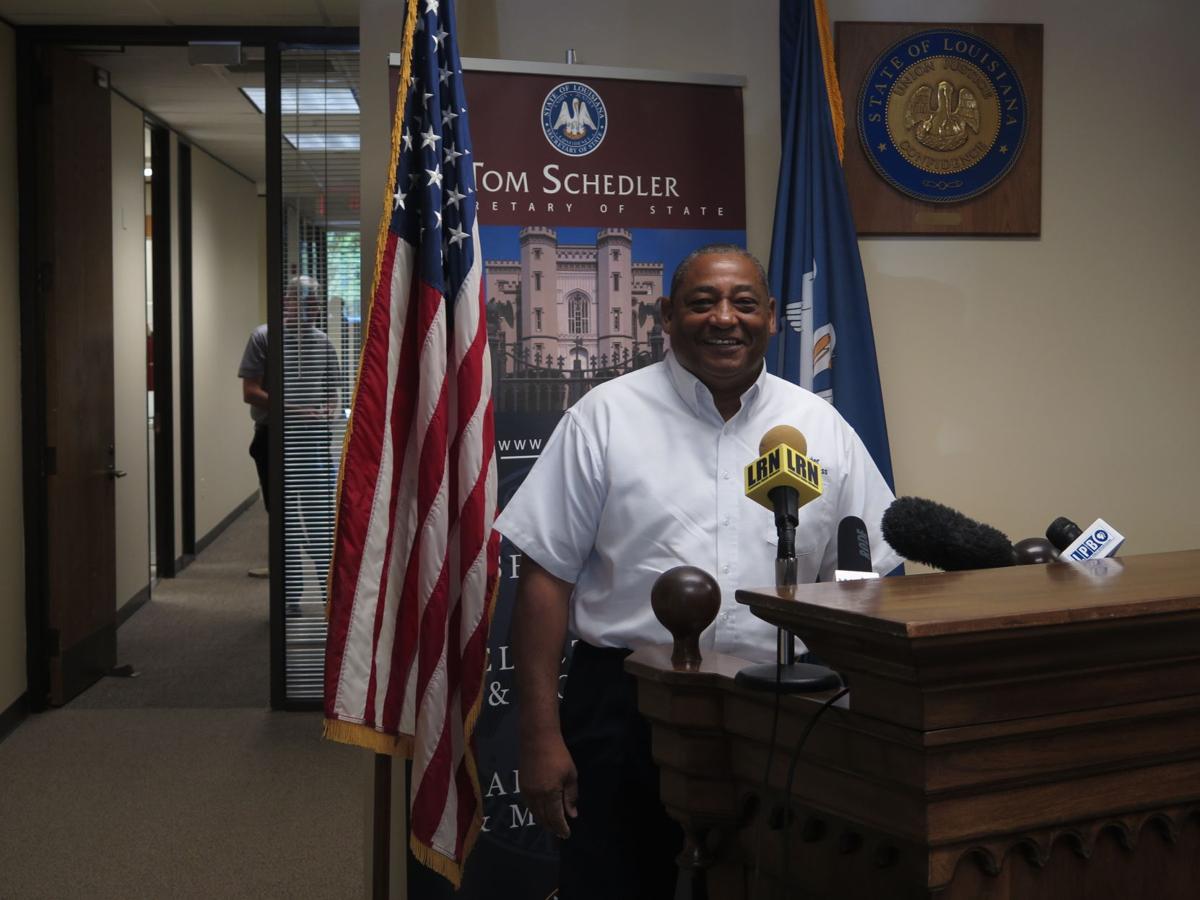 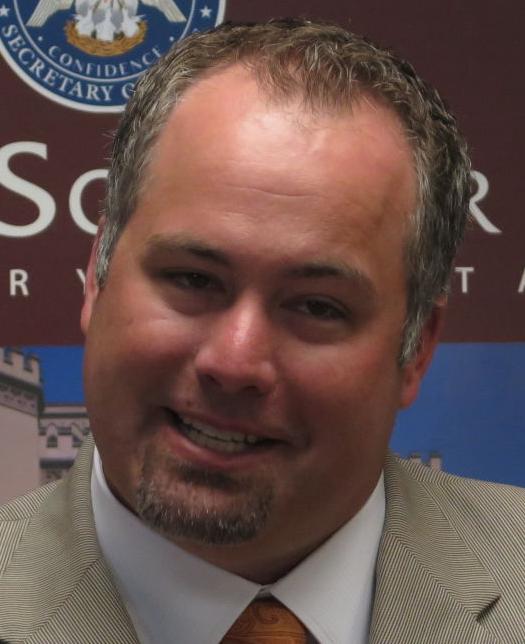 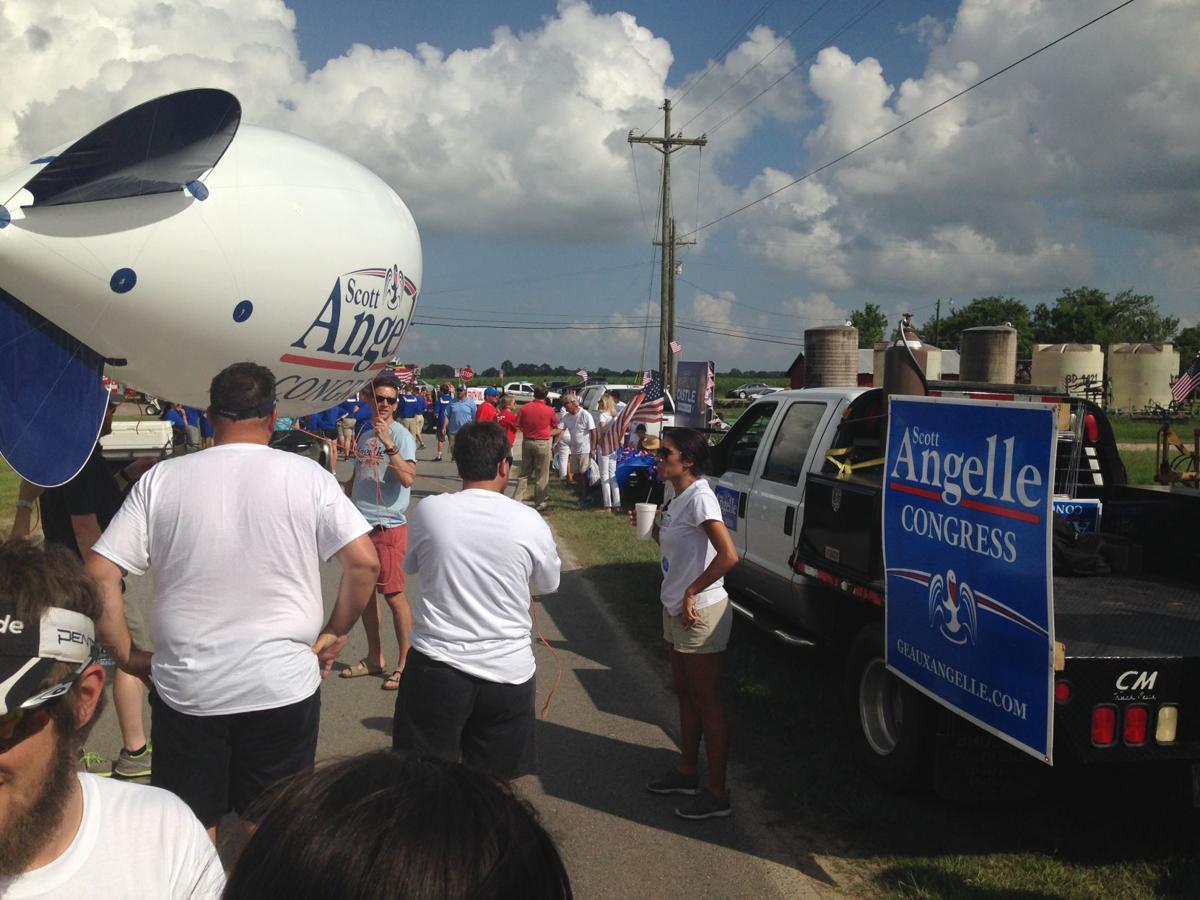 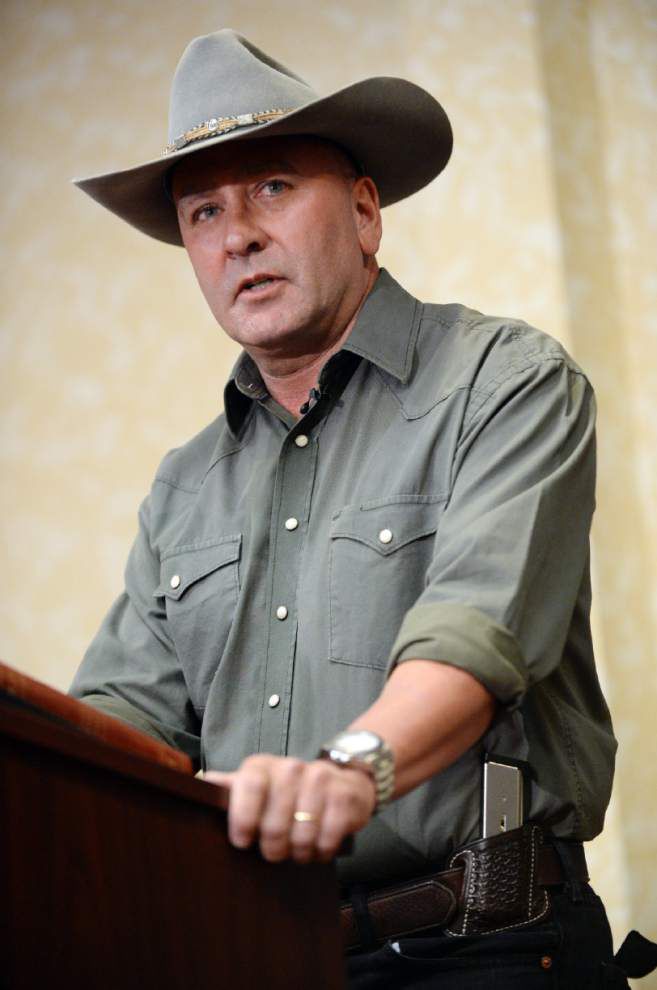 As a political insider, Bishop knows all the main contenders, but has to keep a low profile because no one candidate has broken through.

Though an open seat — incumbent Charles Boustany is running for the U.S. Senate — the race has been fairly quiet. Eight Republicans, two Democrats, a Libertarian and one candidate running without party affiliation are vying to replace him.

A week of early voting for the Nov. 8 primary begins Tuesday.

High unemployment in the oil patch has cut into fundraising and campaign events. Severe flooding caused the campaigns to essentially cease fire for several weeks. And since all the political handicappers in Washington assume a Republican will retain the seat, the national parties have shown little interest.

Of course, one of the biggest factors is that political professionals assume one of the two spots in the Dec. 10 runoff will be going to Public Service Commissioner Scott Angelle, R-Breaux Bridge. What few polls have been run — and the internal numbers of the various campaigns — seem to support that hypothesis.

Angelle scored third in last year’s statewide gubernatorial race. He won six of the 10 Third District parishes that straddle Interstate 10 from the Atchafalaya to the Texas border. But he received the majority in only one of those parishes, his home in St. Martin. Gov. John Bel Edwards won four of the parishes.

“What this race is really about,” Bishop said, “is who is going to win that second spot. And that race is still really wide open.”

The main bout for the second slot, political professionals contend, is between three Republicans from the more populous eastern end of the district: Greg Ellison and Gus Rantz, both Lafayette businessmen making their first run for public office, and Clay Higgins, who is internationally known as the Cajun John Wayne for his pugnacious Crime Stopper reports.

“But it’s not been that easy,” Bishop said. Actually, there are five possible candidates with a chance to make the runoff.

In addition to those three main contenders, two more outliers have a legitimate chance at making the runoff: a Democrat, Larry Rader, of New Iberia, and another Republican, Brett Geymann, of Lake Charles.

Geymann is a former state legislative leader who pressed fiscal reform, while opposing Common Core, Real ID and tolerance for illegal immigrants. Short on money, he reported having only $15,785 to start off the last month of the campaign, Geymann has been knocking on doors throughout the western part of the district, where he is the only significant candidate.

The number of registered voters in Calcasieu, Cameron and Jefferson Davis combined is only about 1,500 more than Lafayette Parish alone. But, Geymann said, with so many candidates splitting the vote, particularly in the eastern part of the district, he may have a chance to make the runoff.

Rader, an insurance salesman who is on the board overseeing the Port of Iberia, is also the only African American on the ballot.

Differing from his GOP rivals, whose positions seem ripped from the same playbook, Rader champions equal pay, raising the minimum wage and pursuing non-polluting energy options, such as wind and solar, in addition to the oil and gas production so important to the region’s economy.

Blacks, most of whom are Democrats, make up only 24 percent of the district’s registered voters.

The region that once was the electoral base of former Gov. Edwin W. Edwards has shifted dramatically to the right.

Of the 504,347 people registered to vote in the Nov. 8 election, 72 percent are white and 58 percent are Republicans or independents. In 2012, Republican presidential nominee Mitt Romney polled two thirds of the ballots over President Barack Obama.

The candidates answering the Louisiana Family Forum questionnaire followed party lines with Republicans opposing the addition of sexual orientation and gender identity to protected classes, such as race and age, in civil rights laws; as well as opposing increasing the minimum wage. The Democrats supported both ideas.

Ellison graduated from Lafayette High School and then went to West Point. As a U.S. Army officer, he received a Bronze Star during Desert Storm in Iraq and opened Kitty Hawk Energy partners when he retired.

He’s received the endorsement of the Lafayette Advertiser, which said he combined military experience that speaks to national security issues and oilfield knowledge, which would be helpful for the slump in the region’s major industry.

Ellison went into the last five weeks of the campaign with $130,896 on hand to spend.

Gus Rantz, on the other hand, entered October with $204,958 available.

Rantz has run 1,172 radio spots since April 14 and will have run 435 commercials on television between Sept. 19 and election day — nowhere near as many as Angelle, but way ahead of the others.

Rantz’s big issue is the national debt: In his television commercials, he illustrates the problem with the same calculator he couldn’t touch as a child in New Orleans East. His parents used the calculator to stay within their budget while making groceries.

Rantz said in recent interview that the federal government, probably without meaning to, strangles the life out of industry. “It’s because they have no expertise, yet they meddle,” he said.

Republican Gus Rantz’s campaign for Acadiana’s seat in the U.S. Congress is getting back int…

A former college pitcher, Rantz co-founded and runs a company that buys, turns around, then manages long-term, acute-care hospitals. He would be the only health care administrator in Congress, if elected.

Clay Higgins, a U.S. Army veteran from New Orleans, sold cars in the Baton Rouge and Lake Charles areas before embarking on a career in law enforcement. He worked for Opelousas city police, then the St. Landry Parish Sheriff’s Office. He now is with the Lafayette City Marshal’s Office, which handles arrest warrants and executes writs issued by the Lafayette City Court.

Higgins entered October with only $15,556 on hand. He argues that Congress was designed for everyday people to have an input in making government decision-making.

It was as public relations officer for the St. Landry sheriff that Higgins won his public notoriety. Part of his duties included “Crime Stoppers,” a segment usually run on local television news asking for the public to help solve individual cases. Higgins’ take was a little different in that he called out suspects by name with threatening language. His segments were watched by hundreds of thousands of viewers on YouTube.

His intimidating talk gave him an international following. His announcement for a congressional bid was covered in British newspapers.

But on the mean streets of Louisiana politics, the Cajun John Wayne has been repeatedly mugged. Media has reported allegations that he threatened his first wife, bickered with his second wife over alimony and child support, and published emails that suggest his departure from Opelousas and St. Landry law enforcement was acrimonious.

Higgins says he’s a born-again Christian who prayed for guidance before entering the race. He carries a Bible on the campaign trail.

The accusations are “vicious lies and evil spirits, in an effort to destroy me,” Higgins said in a YouTube video claiming he is being smeared by an Angelle campaign full of people who were once aides to former Gov. Bobby Jindal.

Higgins claims the Jindal team is positioning Angelle to challenge Gov. John Bel Edwards in 2019. “I am the only person who stands in the way of their insidious plan,” he said.

Angelle grew up in politics: His father served as head of the state Department of Wildlife & Fisheries and governors were frequent visitors to his home. Scott Angelle was elected as police juror in his early 20s, went on to become president of St. Martin Parish, and ran the Department of Natural Resources, which oversees the oil and gas industry in Louisiana, for both Gov. Kathleen Blanco and Gov. Bobby Jindal.

When Mitch Landrieu was elected mayor of New Orleans, Jindal tapped Angelle as interim lieutenant governor. Angelle also played a vital role as Jindal’s legislative liaison — tasked with getting legislators in line to vote for the governor’s proposals.

Angelle left DNR to run for the Public Service Commission, and is now the deputy chairman of the board’s five elected regulators, who set the rates utilities can charge on their monthly bills for more than 2 million customers.

Angelle argues that the federal government impacts the three most important elements in the region’s economy: oil and gas, ports and agriculture. The next congressman needs to be focused, not only on the laws, but also on the regulations government agencies use.

In the Nov. 8 general election, voters will choose a new president, a new senator from Louisiana, a new Baton Rouge mayor and much more.

One of congressional candidate Clay Higgins’ former wives has filed a lawsuit seeking almost $100,000 in back child support.