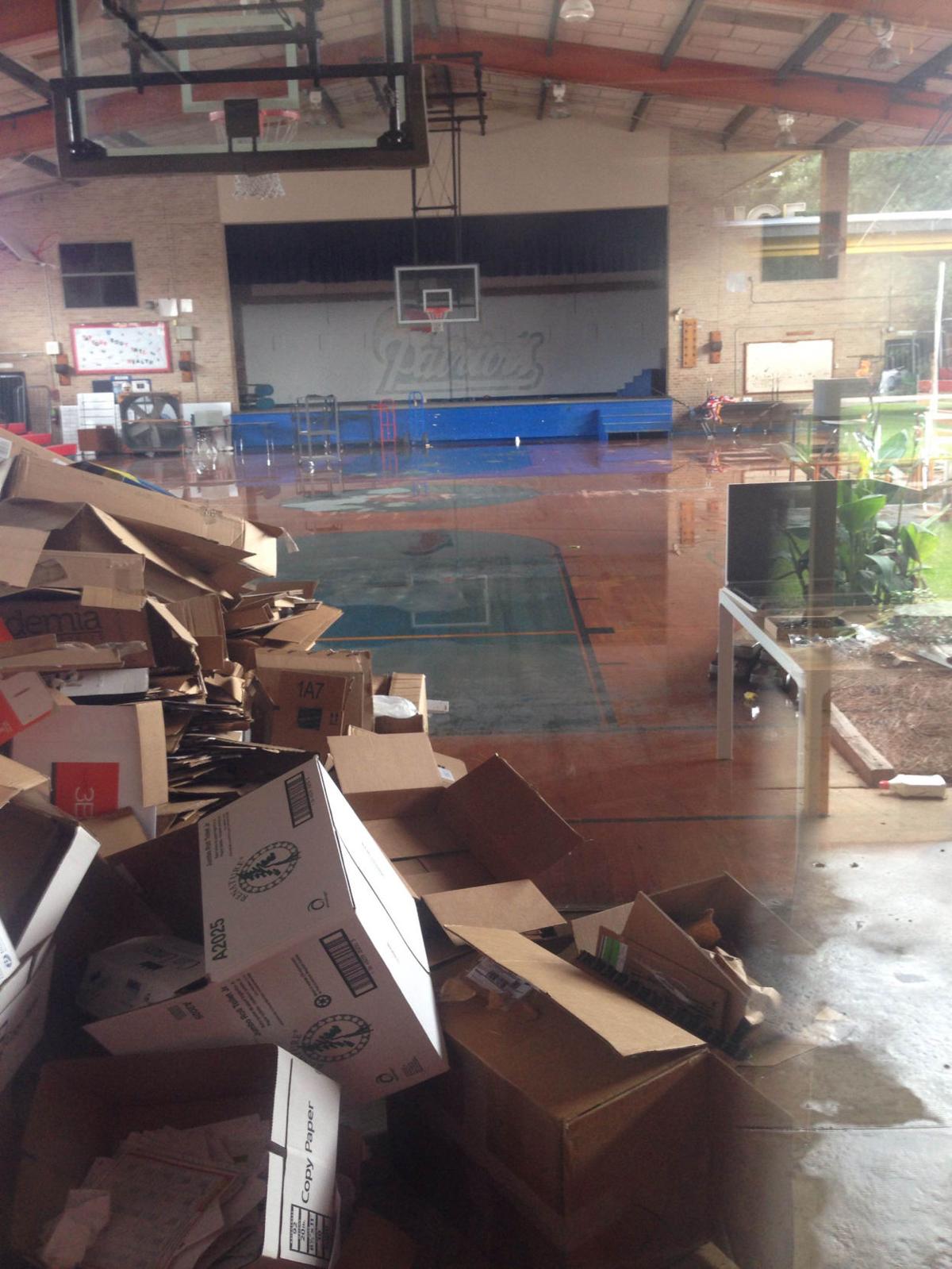 The former Prescott Middle School, now Democracy Prep Baton Rouge, was flooded over the weekend. Here is a look at what it did to the school's gym. 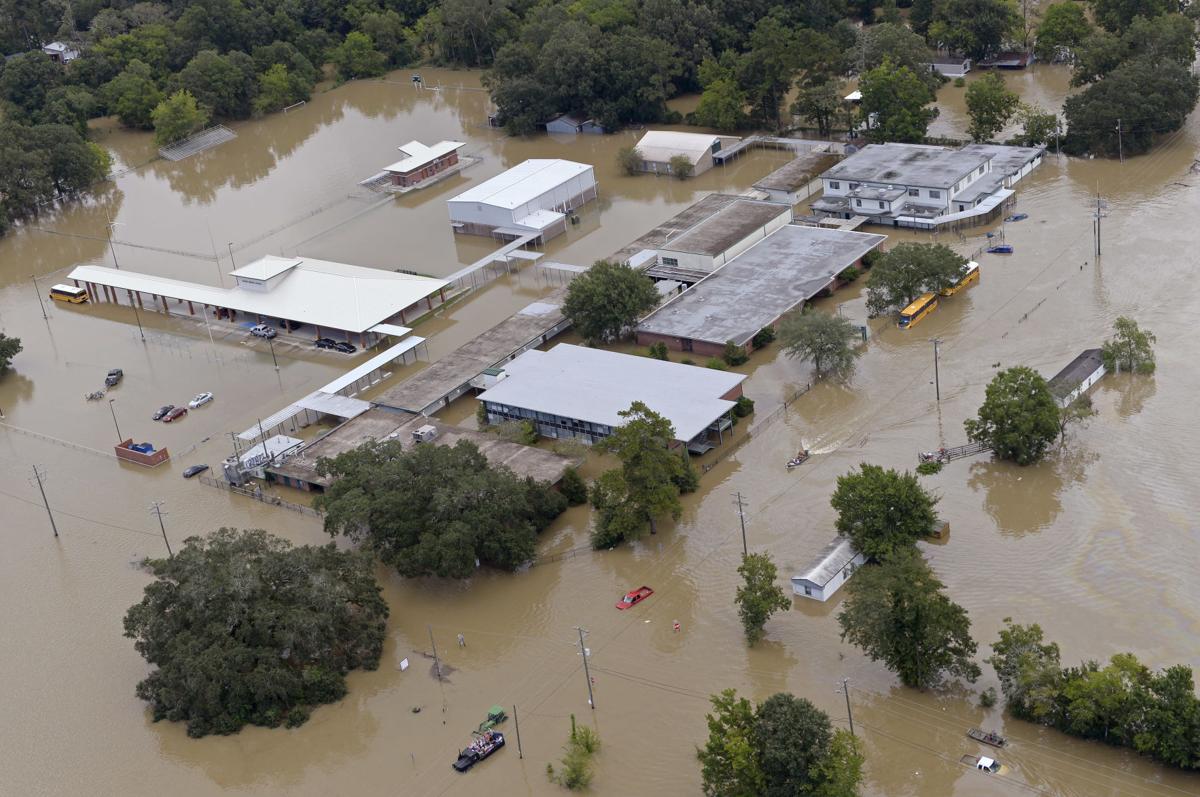 Flood waters surround a school in the Galvez area. Aerials of severe weather flooding in Ascension Parish on Monday August 15, 2016.

The former Prescott Middle School, now Democracy Prep Baton Rouge, was flooded over the weekend. Here is a look at what it did to the school's gym.

Flood waters surround a school in the Galvez area. Aerials of severe weather flooding in Ascension Parish on Monday August 15, 2016.

State education officials Tuesday were scrambling to take stock of public school damages in up to 29 parishes after floodwater derailed the 2016-17 school year just days after it began.

Four public school systems are closed indefinitely, three others are locked up at least through the end of the week and about 20 more are shuttered for parts of this week, state Superintendent of Education John White said Tuesday morning.

"Many districts are going to take it day to day and week by week," White said. "And there are some places where they still have not assessed the final damage to their schools as well as the members of their staff."

The turmoil stems from record rains and flooding in south Louisiana since Thursday night.

Twenty parishes, including East Baton Rouge, Livingston, St. Helena and Tangipahoa, have already been declared federal disaster areas, which means they are eligible for federal aid and other resources.

Once the safety of students and parents is established school leaders are grappling with a wide range of problems, including getting educators to the classroom.

"One issue we are fighting is getting teachers back in because many of them are in areas where their homes are flooded and they cannot get out," said Brian LeJeune, president of the Louisiana Association of School Superintendents and superintendent of the Jefferson Davis School District in southwest Louisiana.

"I have teachers who live in Acadia and Vermilion and their homes are OK, but they cannot leave," LeJeune said.

Those shut down through the end of the week, and likely longer, are the Ascension, Lafayette and Tangipahoa school districts, all of which suffered heavy flood damage.

"It is very likely that some of these projections will change," White said.

Schools, both public and private, throughout the Baton Rouge area have either taken on water…

School districts have grappled with disaster-driven closings previously, including Hurricane Issac in 2012, which did heavy damage in St. John the Baptist Parish, and hurricanes Katrina and Rita in 2005, which damaged Orleans, St. Bernard, Plaquemines and Cameron parishes, among others.

Most districts include days in the school calendar — three or so — for unforeseen events.

Depending on specific districts, problems after the water recedes include massive repairs, temporary classrooms, makeup days and how to pay for damages. The state Board of Elementary and Secondary Education is expected to work with local districts on makeup days and other issues.

In 2012 leaders of the St. John the Baptist school district asked the state for $8 million to help repair schools, the last  such request.

Repairs totaled $38.1 million in that case and flood insurance only handled $6 million of that.

Three education groups have launched campaigns to aid educators and classrooms that suffered damages in the flood of 2016.

The Louisiana Schools Boards Association has launched a bid to raise $100,000 for public schools damaged by floodwaters.

Public school rules to be shelved amid flood wreckage

Today, I have the honor of presenting the Orleans Parish School Board with the Unification Transition Plan, which outlines a process for unify…