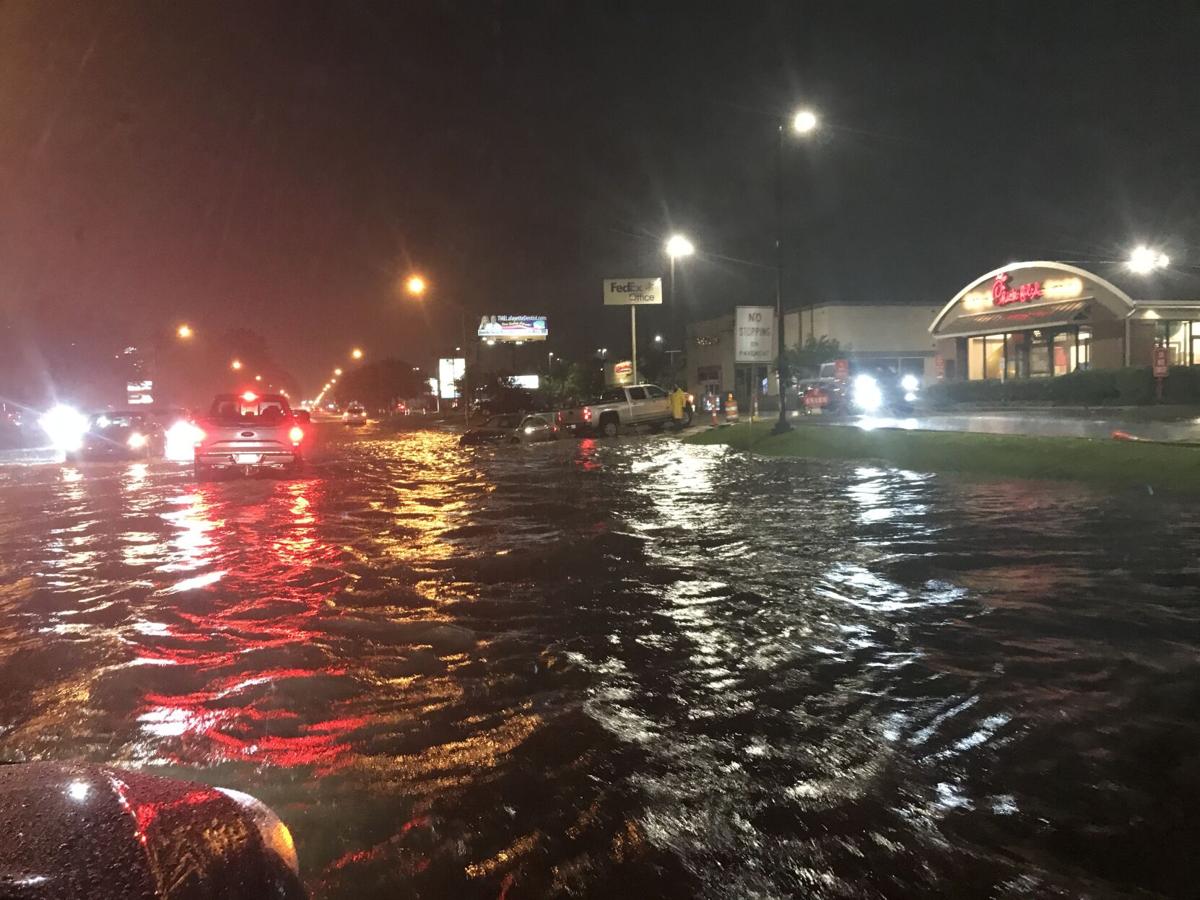 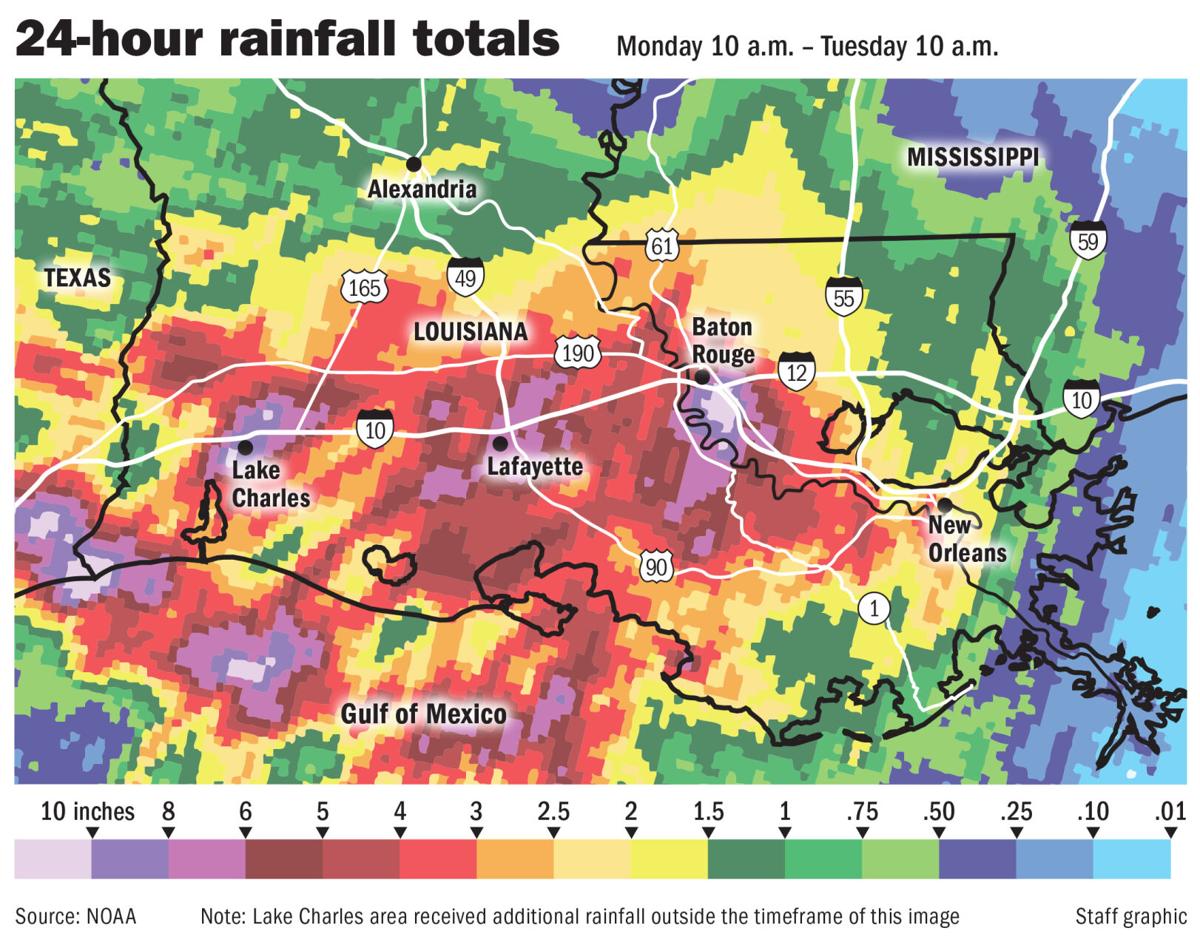 Meteorologists with the National Weather Service in Lake Charles predicted on Monday morning that a total of just 2 to 4 inches of rain would fall in the Lafayette area this week. Instead, that amount fell in one hour's time Monday night, according to NWS measurements at the Lafayette Regional Airport.

High waters drained from Lafayette streets Tuesday during a break in rain, but the Vermilion River and the streams, coulees and other waterways that drain into it remained dangerously high Tuesday evening.

Rainfall is expected to continue off and on through the rest of the week in southcentral Louisiana.

About 3 to 4 inches of additional rainfall was expected in the Lafayette area from Tuesday morning through Thursday evening, according to a Tuesday NWS forecast. Rainfall totals could be higher in some areas, according to NWS Meteorologist Donald Jones.

"It's important to keep in mind while we're looking at this that there are definitely going to be some locally higher amounts," Jones said during a Tuesday morning video. "Our rainfall forecast does not account for those extremely high rainfall values, kind of like the ones we saw (Monday) in the Lake Charles area. Nobody can predict 16 inches of rain falling in one day in an individual location."

Here's a look at the NWS forecast for Lafayette in the days ahead.

Heavier than anticipated rains inundated the Lafayette area as storms that led to widespread flooding in Lake Charles earlier in the day moved through Acadiana Monday night.

Many people took to social media to share photos, videos and concerns about the alarming rate of rainfall Monday night in Acadiana. Some compared the flash flooding along streets and neighborhoods to what they experienced in August 2016, when the Vermilion River overtopped its banks, along with the creeks, coulees and other waterways that feed into the bayou.

The Vermilion's Monday night and Tuesday morning readings and crest forecast at different gauges along the river did not reach the recorded crests during the August 2016 flood, however, according to data from the United States Geological Survey and National Weather Service.