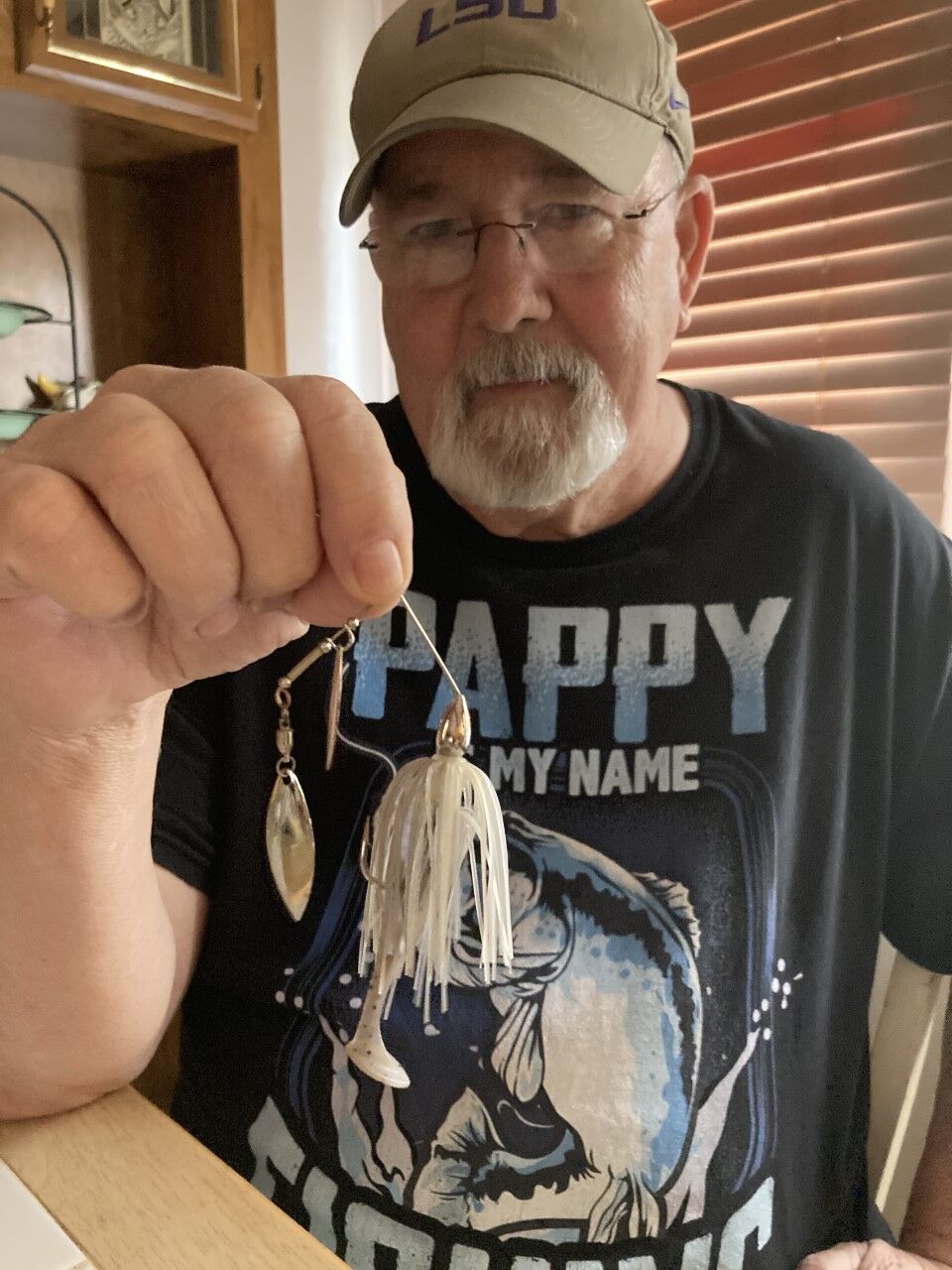 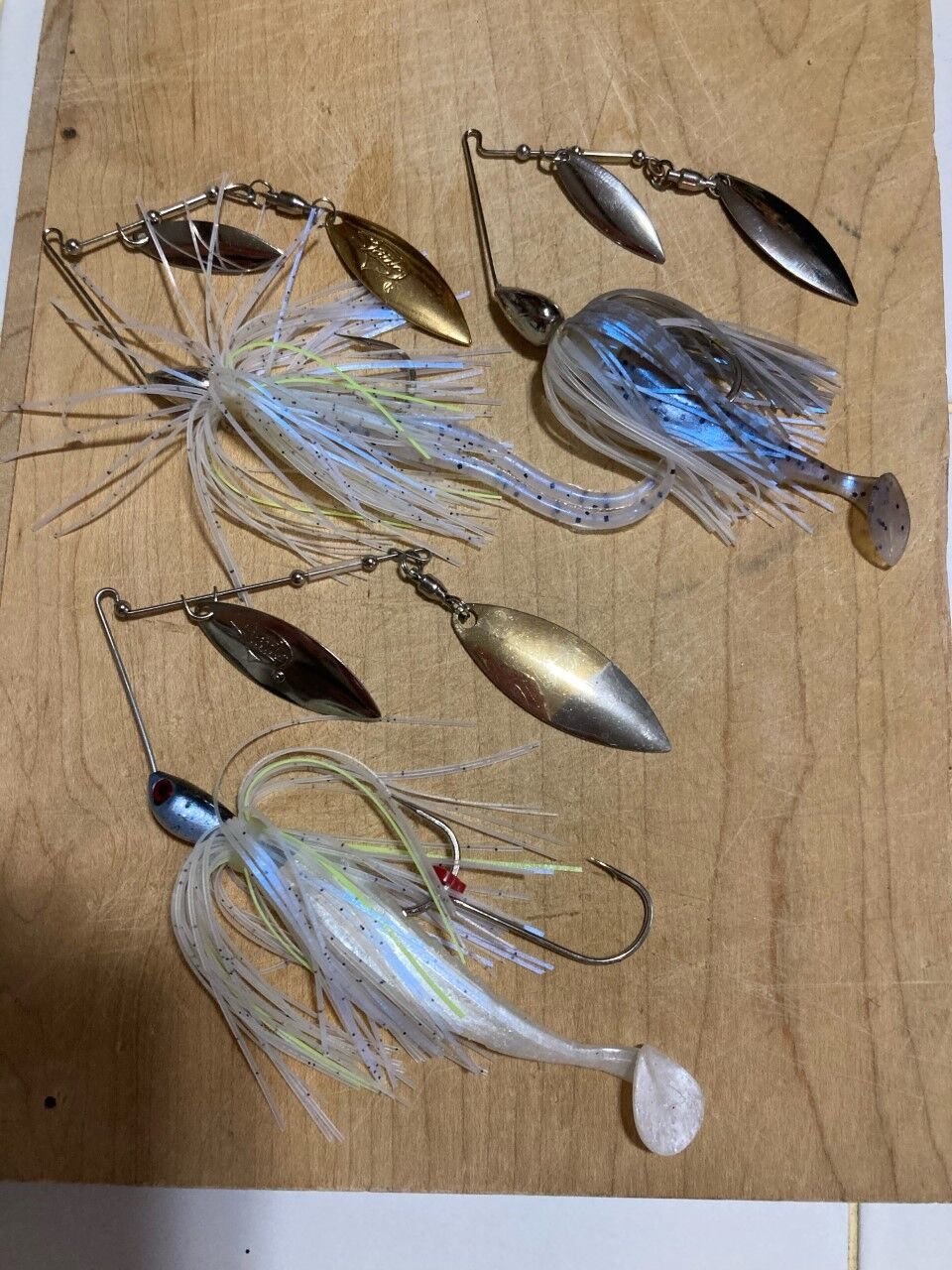 The blue hue of Fontana's spinnerbaits matches the blueish color of threadfin shad, and he puts together various spinnerbait sizes to match the growth of the shad during the spring months.

The blue hue of Fontana's spinnerbaits matches the blueish color of threadfin shad, and he puts together various spinnerbait sizes to match the growth of the shad during the spring months.

It’s an Indiana Jones-worthy quest, and Steve “Montana” Fontana has accepted the challenge.

For a bass fishermen, finding the perfect spinnerbait doesn’t seem to be as daunting as the pursuit of the Ark of the Covenant or the Holy Grail, but it has its own pitfalls and every bit of a sense of accomplishment as those found in Jones’ movies.

“It’s taken a few years to find all the right things it takes to make a lure bass will strike all year long, and there’s not one spinnerbait that will catch fish all year long,” Fontana said.

For now, Fontana is concentrating on the spring, and mimicking something bass eat in his favorite places, the Verret Basin and False River.

He started years ago when he watched the awesome spectacle that is the shad spawn, a maybe-as-long-as-six-weeks activity that sends millions of threadfin shad to the shallows in the early morning to enhance the forage base in most of Louisiana freshwater lakes, bayous, river, reservoirs and marshes.

Like most other anglers, it’s an involved process of something called “matching the hatch.”

He experimented with the basic spinnerbait body, the wire connected to the head and hook. The biggest problem was the skirt, the just-right color to mimic the color of a threadfin shad.

“It was called ‘glimmer blue,’ and not many (lure) companies made that color,” Fontana said. “The company making the first ones I used stopped making them, and now Boss Lures makes a color called ‘Blue Ghost' and that’s good, too.”

He likes to use the Stanley Vibra-Shaft body — “Humdinger, Delta Lures and War Eagle make good spinnerbaits, too,” he said — and then adapts the skirt and the spinners to “match the hatch.”

“I use a smaller profile spinnerbait early in the spawn when the shad are small, then increase the size of the bait and the size of the spinners as the shad increase in size,” Fontana said, adding he also adds a soft-plastic trailer to mimic the wiggle of shad’s tail. The trailer size also matches the size of each step-up in lure size.

And he adds color to the skirt, most times it’s several strands of chartreuse, to add a color most bass find to their liking in Louisiana’s waters.

“I find these spinnerbaits work well in the early-morning hours, and there have been tournaments when I have caught my stringer in the first hour. The action is that good early and comes before the shad move from the shallows and out to deeper water,” Fontana said. “Most of the bass move out with the shad, and will stay under the shad then rise up into the shad to feed.

“All I wanted to do was to put together a lure I think I can catch bass, and I have a lot of confidence in these spinnerbaits, and to let my brother bass fishermen understand that they have to change colors and lure size to match where they're fishing, too.”

This blueish color works in many other places, too, where shad are a primary forage base like the freshwater marshes, and the Florida Parishes rivers and bayous, but only when the water clears in those prime fishing holes.