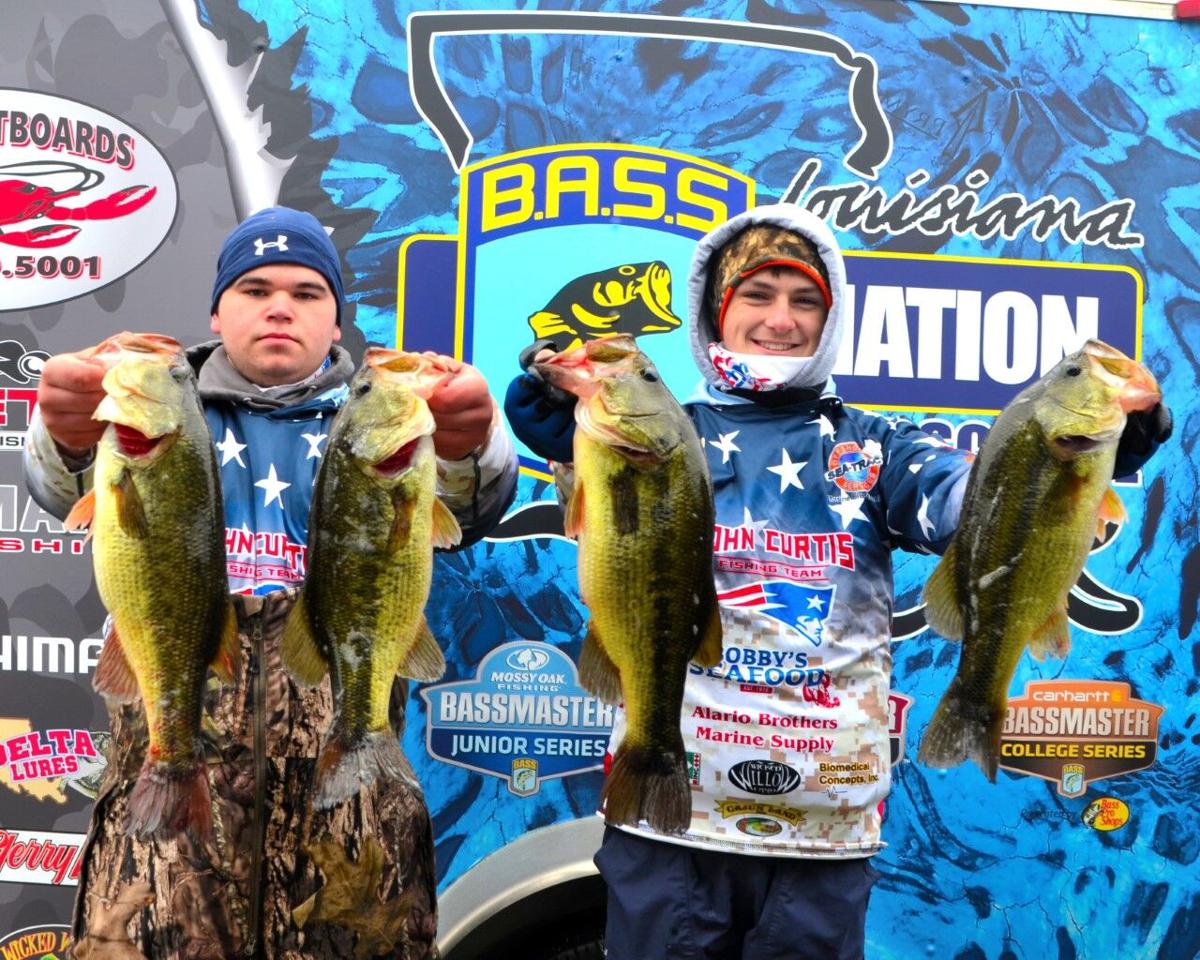 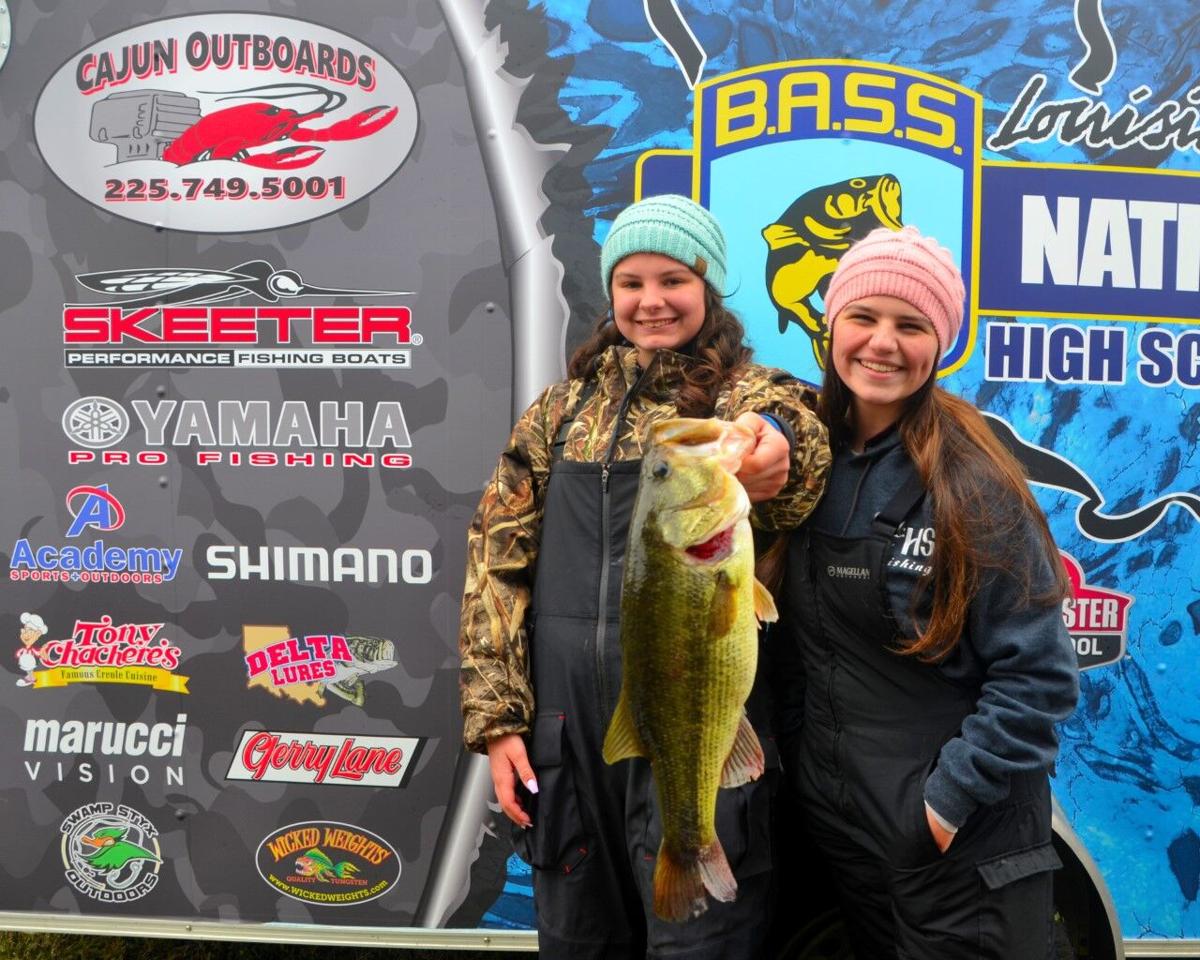 Victoria Lemmler and Emma Simon stoke the show in the Louisiana High School tournament. The Central High girls brought in a 5.11-pound largemouth, the heaviest bass among the more than 130 teams.

Victoria Lemmler and Emma Simon stoke the show in the Louisiana High School tournament. The Central High girls brought in a 5.11-pound largemouth, the heaviest bass among the more than 130 teams.

Ever heard of a picayune?

Yeah, there’s a newspaper in our state with that name, and, no doubt, its first publishers intended to publish the small, possibly insignificant, news items of the day, but that didn’t last long.

This week, you’re getting picayunes, although some of these items might get a tad bit long and likely are very significant to those involved.

Let’s break them into sections.

Friday’s report from the Atchafalaya Basin came from Keith Thibodeaux who said water temperatures climbed back into the low-60s and the best sac-a-lait bite came from cloudy, moving water.

Other than that not much to report — action-wise.

On the AAA side, and that’s Angling Against Autism, Thibodeaux and “Moonie” Bergeron are setting up at Doiron’s in Stephensville next Saturday for the successful fundraising bass tournament for the Emerge Center in Baton Rouge.

Weigh-in is scheduled for 3 p.m. at Doiron’s and organizers are asking for everyone to follow COVID-19 restrictions.

Thibodeaux confirmed there’s a $5,000 guarantee for first place in the team tournament. Entry fee is $205 (the big-bass pot is included), and there will be the usual slew of door prizes for the anglers and raffles. You can enter in the predawn hours Saturday at Doiron’s.

n Storm Randall said the annual Friday Night Cookie Jar bass series will begin March 26. It runs 7 p.m.-midnight from the LA Express landing in Jarreau. The fee is $40 per boat (max two anglers) for the series that’ll run weekly into September, and that COVID-19 distancing restrictions will apply. Call Randall at (225) 937-0489 for details.

n If you want to know how tough the fishing was, and likely is, then read Jim Breaux’s report from last weekend’s Junior Southwest Bassmasters.

The Denham Springs-based club held its February tournament “on a cold, frigid, clear morning. with plenty of low cold water,” from the public landing in Amelia.

For the first time in its 11-year history none of the 15-18 age-group anglers weighed a fish, which left the 11-14 and 7-10 year-old age group youngsters to carry the banner, and only their adult “captains” managed to bring in a five-bass limit.

Breaux said most of the fish brought in were taken on slowly worked crank baits and creature baits.

n Continued rains in the Mississippi and areas in Louisiana north if Interstate 12 likely will lead to flood warnings posted along the entire stretch of the Pearl River, especially in the season that forms the boundary between Louisiana and Mississippi.

This will affect fishing in the West, Middle and East runs of the Pearl and in the outflow in Lake Borgne and surrounding waters.

n The double whammy of the pandemic and the aftermath from the recent Arctic freeze brought Bassmaster folks to move the Bassmaster Elite on the Sabine River (Orange, Texas) from April 8-11 to Aug. 19-22.

n The recreation season on gray triggerfish opens in state and federal waters Monday and closes May 31. There’s a one-per-day limit with a 15-inch minimum fork length. The season might be closed earlier than May 31 if anglers are nearing the 241,200-pound annual quota.

n And, if you’re planning to fish in Florida, know new flounder regulations go into effect Monday, and those new regs apply to state and federal waters. The new minimum size length is 14 inches (total length for recreationals and commercials) and the new daily limit is 5 per angler. There’s also an Oct. 15-Nov. 30 closed recreational season.

Buller and LeBleu were booked into the St. Landry Parish jail.

According to the LDWF statement, Buller “was arrested 20 counts each of hunting deer during illegal hours, hunting from a public road, hunting from a moving vehicle, tagging another person’s deer, possession of over the limit of deer and eight counts of selling deer.”

LeBleu’s arrest stemmed from four counts each of hunting deer during illegal hours, hunting from a public road and hunting from a moving vehicle and single counts of hunting without proper licenses and deer tags.

The arrests and citations came after a complaint was received about “someone hunting from a vehicle off of Interstate 49.”

After finding Buller, LeBleu and Morrison at the scene, and with allegedly illegally taken game, the agency’s statement indicated Buller later admitted to shooting “approximately 20 deer after hours along I-49 and selling most of the deer meat to numerous individuals in St. Landry, Lafayette and Evangeline parishes since November of 2020.”

If convicted, all four face fines near $30,000, jail time of more than one year and civil restitution of $36,150, the replacement value of the illegally taken deer.

And those who purchased the meat, face hefty fines.

Here’s guessing a Covington woman, Ashley Jacobsen, 24, didn’t know she needed licenses and deer tags before she allegedly downed a 12-point buck with a crossbow in St. Mary Parish nearly three months ago. Somebody turned her in to the LDWF’s 24-hour hotline and agents issued four citations on Feb. 19.

She is the latest in a string of investigations stemming from calls to the state’s Operation Game Thief (800) 442-2511.

Take the hint, don’t do the outdoor crime if you can’t do the time and pay the fines — the age of cellphones is here and there are folks ready to report.

Final amendments from the public and commission members for the 2021-2022 hunting seasons is major item for Thursday’s 9:30 a.m. Wildlife and Fisheries Commission meeting set for state LDWF headquarters in Baton Rouge.

Other top agenda items include:

and, a notice of intent to change the state’s waterfowl hunting zones outlined first in the proposed hunting seasons.