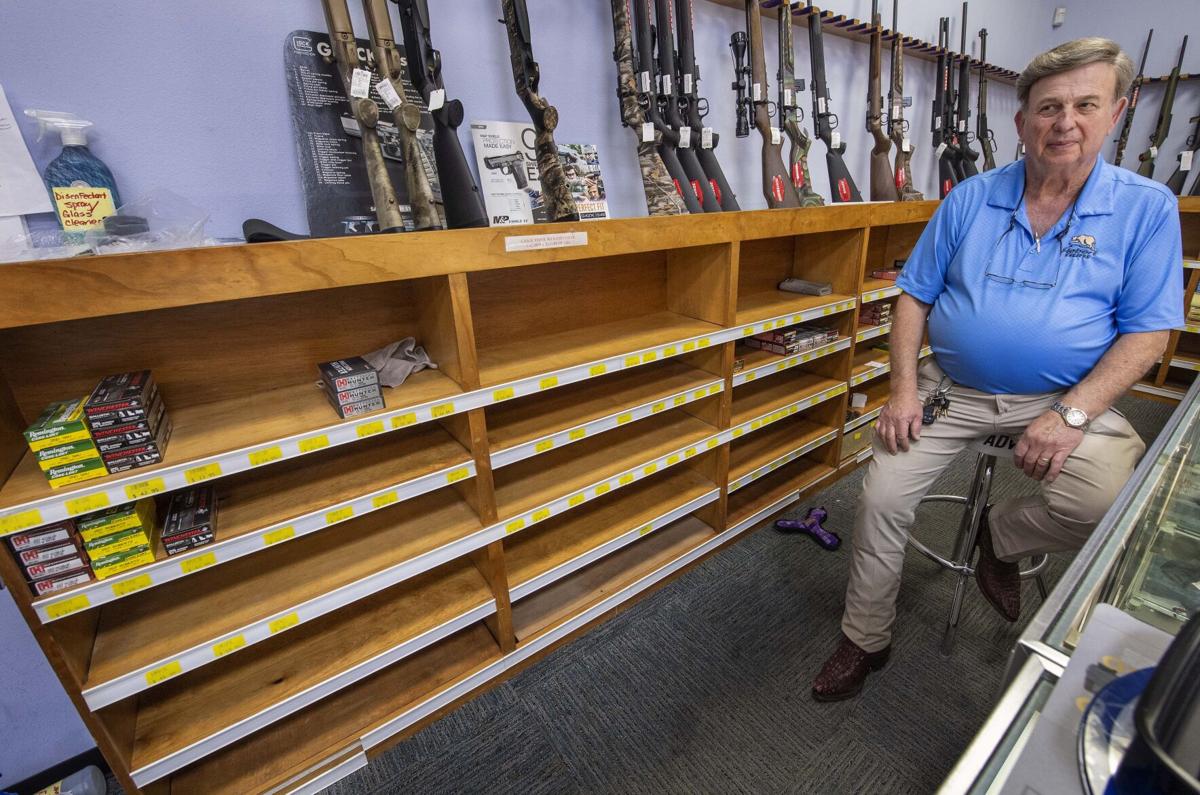 A sticky note stating a one-box limit is attached to empty pistol ammunition shelves at Hebert Guns on Wednesday, April 28, 2021, in Prairieville, La. 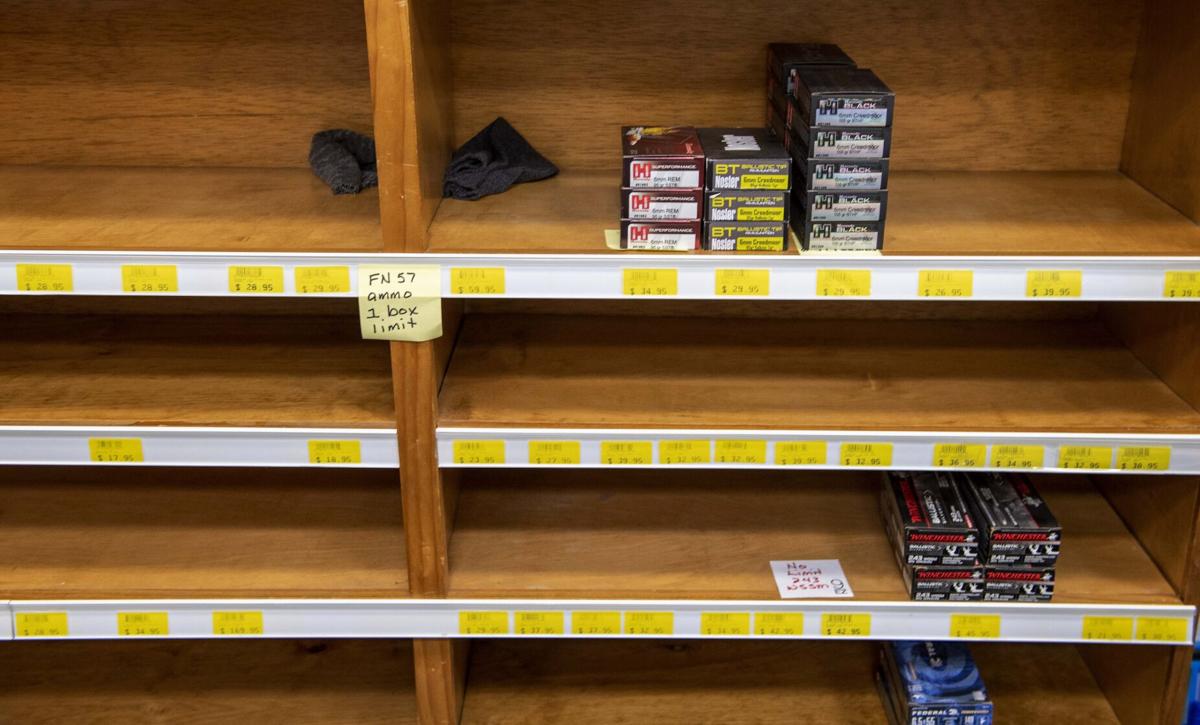 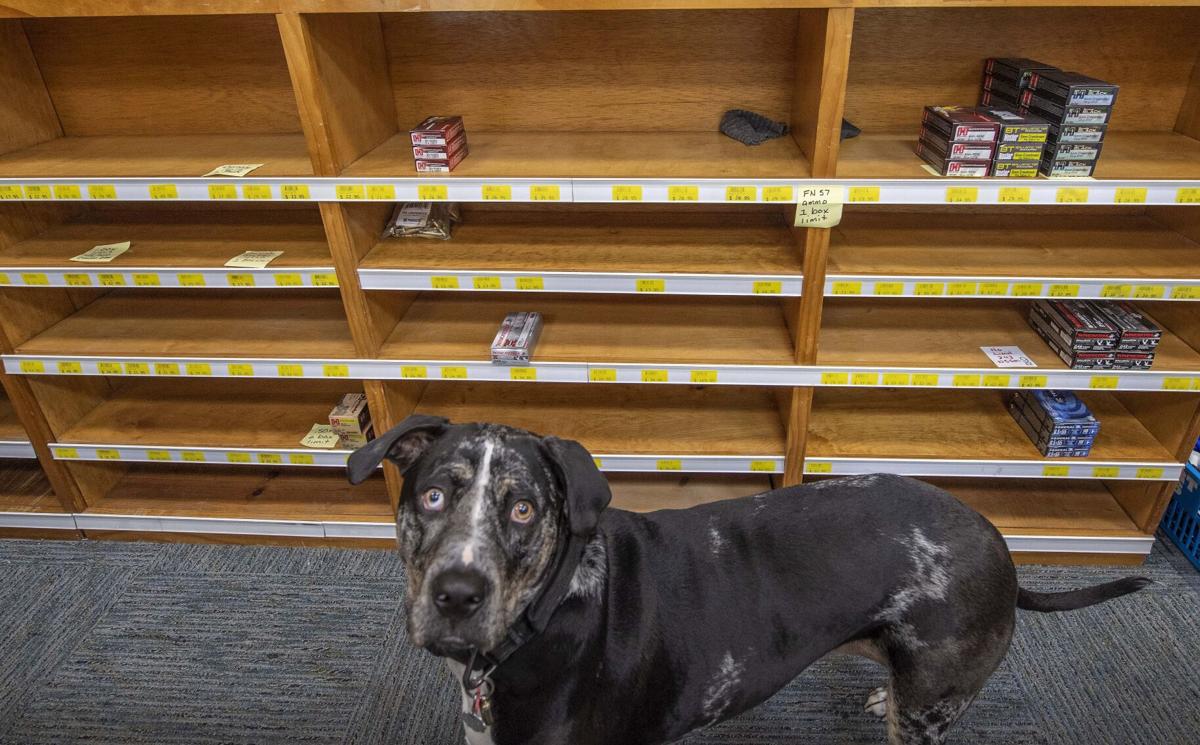 Val the catahoula stands in front of empty pistol ammunition shelves at Hebert Guns on Wednesday, April 28, 2021, in Prairieville, La. 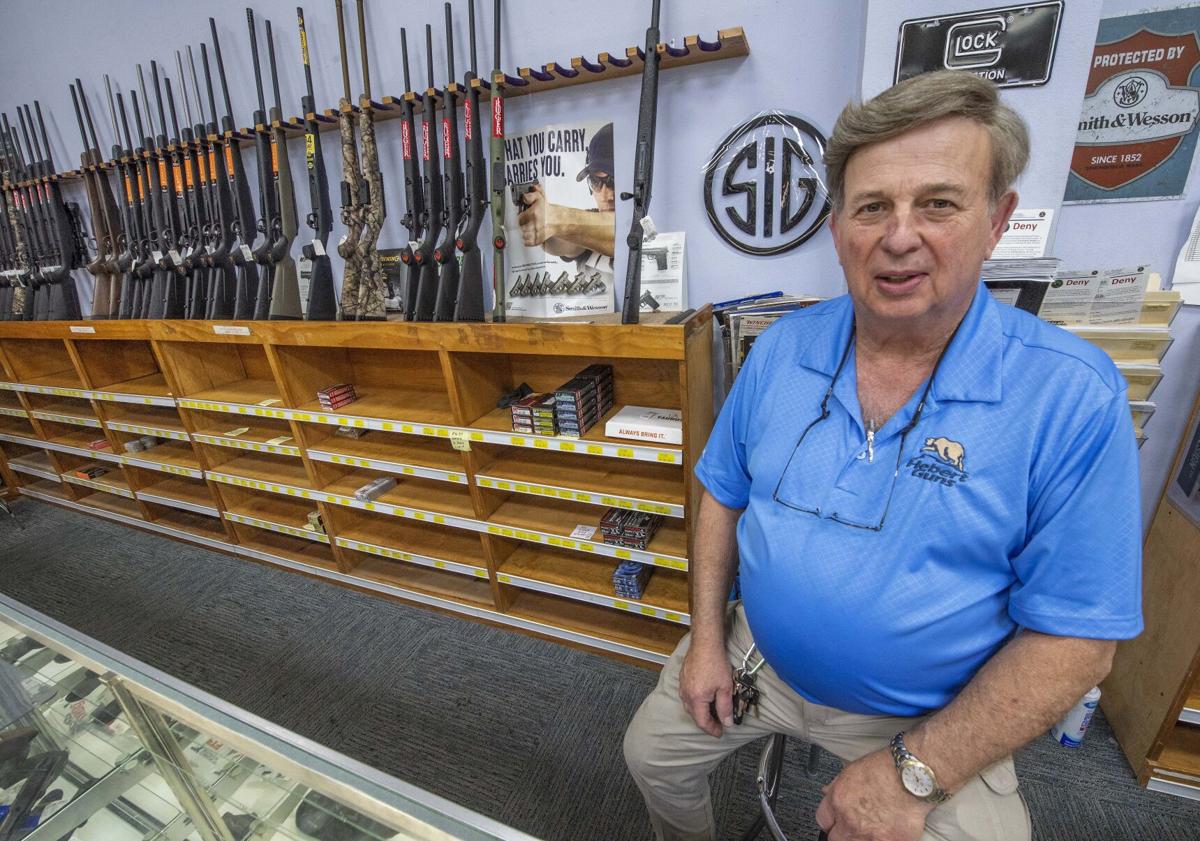 A sticky note stating a one-box limit is attached to empty pistol ammunition shelves at Hebert Guns on Wednesday, April 28, 2021, in Prairieville, La.

Val the catahoula stands in front of empty pistol ammunition shelves at Hebert Guns on Wednesday, April 28, 2021, in Prairieville, La.

Been to a local gun shop lately?

How about one of those big-box outdoors stores?

Seen the empty shelves that, once upon a time, were well-stocked with ammunition to suit all hunters and year-round shooters?

Empty! And it’s not going to get much better, at least not any time soon.

That’s what Lee Benoit, the manager at Bowie Outfitters in Baton Rouge, and C.J. Hebert at Hebert’s Guns in Prairieville said last week.

Both men talked about something they described at “the perfect storm,” an unnatural progression of events that left even the order-online sites void of bullets and shotshells of most all calibers and gauges.

Hebert said shortages have happened before, but not to this extent, and he and Benoit agreed on the causes.

“COVID. It started there and it made ammo hard to get. People never heard of quarantines and it scared them,” Benoit said.

“People started buying guns and ammo then, more than a year ago,” Hebert said. “And it got worse.”

The worse was the civil unrest, the riots that persisted during the summer, then a national election cycle which mimicked the run on guns and ammo in the months following the election of Barack Obama 12 years ago.

“If it had been just one of those events, we would have been out of this, but those three made people panic,” Benoit said.

“It was a domino effect,” Hebert said. “Buying, hoarding wasn’t just on toilet paper. It was guns and ammo. There was panic in the pandemic and it carried over into the summer and the fall.

“It reminded me of (Hurricane) Katrina when I saw two little old ladies fighting over buckshot loads. That’s when we sold out of all pistol ammo, then all rifle ammo, then all lead shot and all steel shot,” Hebert said.

“What happened was a hunter who had a half box (bullets) from last season might not buy another box for the next season, but he came in and bought two more boxes,” Benoit said.

“Now, we’re facing the highest demand since World War II for guns and ammo combined with the manufacturers shutting down due to COVID. We’re not going to recover from it this year and it might be well into next year before there’s a good supply.”

Hebert and Benoit explained the breakdown began in the supply chain. Hebert cited shortages of lead, steel, copper, brass, powder and plastic needed to make bullets and shotshells — and that Remington, a 100-year-plus maker of rifles, shotguns and ammo is out of business.

Benoit said the misunderstanding is manufacturers produce all the calibers and gauges on production lines at one time, but usually can produce only one caliber or gauge.

“The pain is getting customers to understand the situation,” Hebert said, adding his wife Nancy is constantly in contact with suppliers across the country and beyond to find ammunition. “Customers ask why don’t you order, and I have to tell them we have and it’s not available. We ordered a pallet of 5.56 (rifle ammo) early last year and still don’t have it.

"And I don't want to give the impression we're not getting ammo, because we are.”

Is there a light at the end of this long tunnel?

Both men said they have been told shotshells will be available for the skeet and sporting clays shooters and for end-of-the-summer dove seasons.

“What we’re being told is (manufacturers) are focusing on the biggest needs at the moment, and they’re pumping out skeet loads as fast as they can,” Benoit said. “We should start seeing shipments soon.”

Hebert said he’s receiving shotshells, “but not all we want. They tell us we will have trucks coming in just before the dove season, and I sure hope they’re right.”

That production line likely will make it tougher to get the steel-shot loads hunters need for the waterfowl seasons, but both men said there should be an adequate supply.

Rifle and pistol ammo? Benoit said allocation will be the big factor, that the big-box stores will have to share this ammo with the smaller, local shops.

“What will happen is we’ll get 10 boxes of a certain caliber when we would have had 20 boxes in the past,” Benoit said. “All the stores, big and small, are sold out, so we’re all starting from zero, and there won’t be enough production to fill the needs.

“Most of us saw this coming last March (2020) and started allocating our stock,” he said. “Even with that we ran out of hunting rounds in July.”

For Hebert, the options for supplying shooters and hunters will be limited. He said his “good” distributors “will keep us rolling and get us part of their allocation, but it might be different brands than what we’ve carried before.

“Sooner or later we’ll get back to having stocks, but we won’t see prices low for awhile,” Hebert said. “That’s not going to happen.”

The Civilian Marksmanship Program is warning M1-Garand, Springfield 1903 and 1903A3 rifle owners about using .30/06 caliber ammunition loaded “beyond 50,000 CUP and has a bullet weight more than 172 grains.”

CMP’s advisory stated these rifles are “at least 70 years old and were not designed for max loads and super heavy bullets.