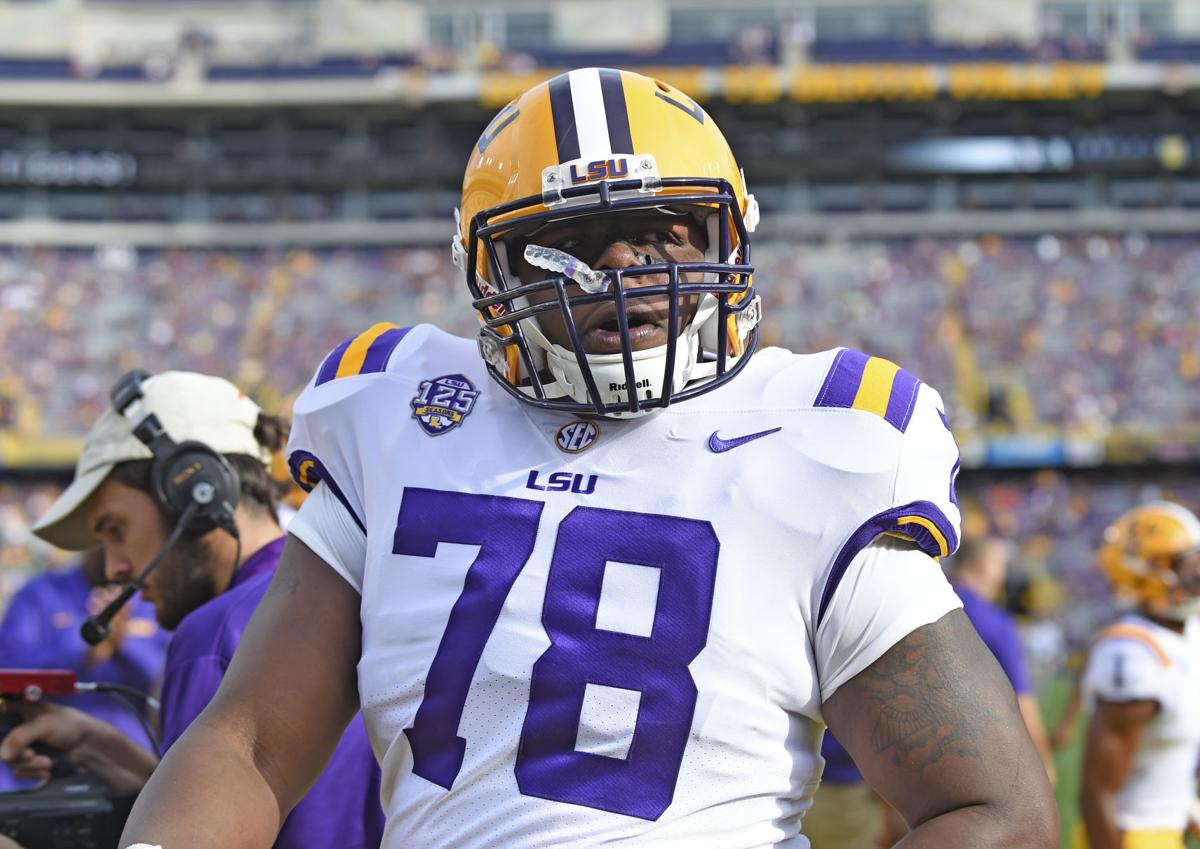 LSU guard Garrett Brumfield stands on the field during pregame warmups before the Tigers' home opener against Southeastern Louisiana on Saturday, Sept. 8, 2018. 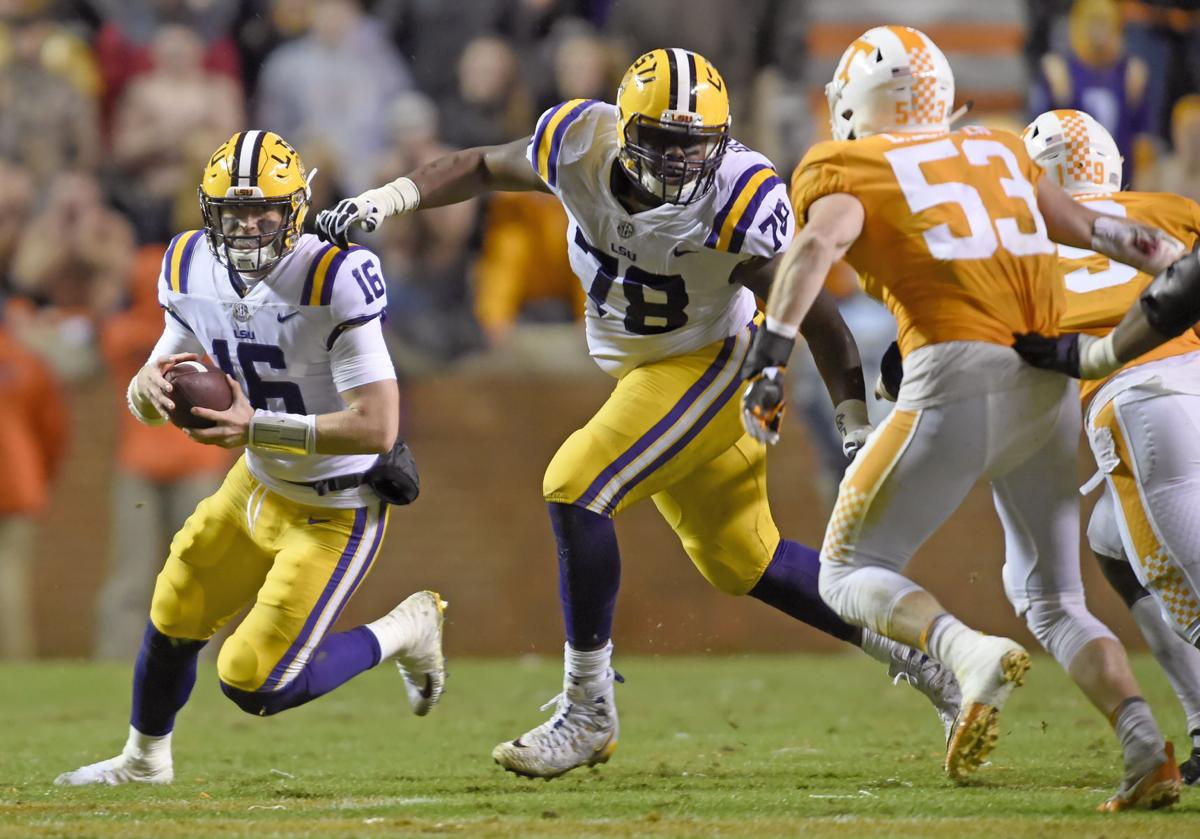 LSU guard Garrett Brumfield stands on the field during pregame warmups before the Tigers' home opener against Southeastern Louisiana on Saturday, Sept. 8, 2018.

When the LSU football team reached its locker room beneath the north end-zone stands in Tiger Stadium last Saturday night, the 24-hour rule was already in effect.

The Tigers had just won their second game of the season and had earned the standard 24-hour window to enjoy a 31-0 shutout of Southeastern Louisiana, a Football Championship Subdivision member, before they zeroed in on the next foe.

In blanking Southeastern, the defense produced three takeaways and five sacks, the offense put up a crowd-pleasing “Hail Mary” touchdown pass on the last play of the first half and special teams were solid for the second week in a row.

But fifth-year senior Garrett Brumfield, who starts at left guard, felt the need to stand up and speak after coach Ed Orgeron addressed the Tigers.

Brumfield, a former University High standout, simply couldn’t wait until their regular Monday team meeting to get something off his chest.

Then-No. 11 LSU didn’t exactly overwhelm SLU, and Brumfield wanted to make sure everyone knew what was up with their Southeastern Conference opener at No. 7 Auburn coming Saturday.

“Some people call it a speech,” Brumfield said Monday. “I was just speaking from my heart, just telling them what I think they should know.”

Whether the personable Brumfield said it that calmly isn’t known, but Orgeron and several players seemed to believe that Brumfield got his point across.

“His leadership has been critical,” Orgeron said in first noting that Brumfield had spoken after the game. “His leadership, his communications, his smartness, his awareness and his ability to make adjustments on the sideline during the game. He's like a coach on the field.”

“Garrett gave a speech saying that it’s going to be a war (against Auburn) and for us to get our minds right and have our best week of practice,” nose tackle Breiden Fehoko said. “To have good leaders like that, I’m pretty positive about how we’re going to play this Saturday.”

Added long snapper Blake Ferguson: “Garrett stood up after Coach O spoke and said, ‘Look, if you guys think we’re going to walk in here (at Auburn) and just win this game like we did the past two games, you’re wrong.’ ”

And inside linebacker Devin White: “It means a lot. … He’s a guy that’s played in many big games. He knows what type of test we’re about to go into and he wanted to alert the guys before we even got there, so you won’t go in there and be shocked.

“You know what you’re about to get into, so that’s why you need to prepare yourself well. That’s why I’m glad we have guys like him, so he can relate to the younger guys.”

LSU one of six teams in FBS with no turnovers, tied for first in SEC in turnover margin

LSU goes into Saturday's showdown at Auburn (2:30 p.m., CBS) as one of only six Football Bowl Subdivision teams that have not committed a turn…

Sophomore safety Grant Delpit was one of those younger guys Brumfield reached.

“He was just talking about how big of a game it is; how we can’t take this win last week and just think it’s going to carry over to another win because Auburn’s a great team,” Delpit said. “They’re going to come out firing, punching and firing because we stole one from them last year.”

He said Brumfield reminded the team that LSU came back and defeated Auburn a year ago 27-23 after trailing 20-0 in the second quarter.

Brumfield, a second-team preseason All-SEC pick, was inspired to talk in the wake of a sloppy performance against Southeastern — especially by an offense that’s still a work in progress, particularly along the line.

Of the five players who started Saturday night, Brumfield was the only one who was a full-time starter a year ago.

That led to some protection issues for quarterback Joe Burrow, much as it did in the Tigers’ season-opening win against Miami.

“Of course, there are always going to be areas where you can polish things up,” Brumfield said, referring to what went wrong in the Southeastern game. “Like I spoke about after the game, maybe some balls that weren’t completed and some protection things on ourselves.