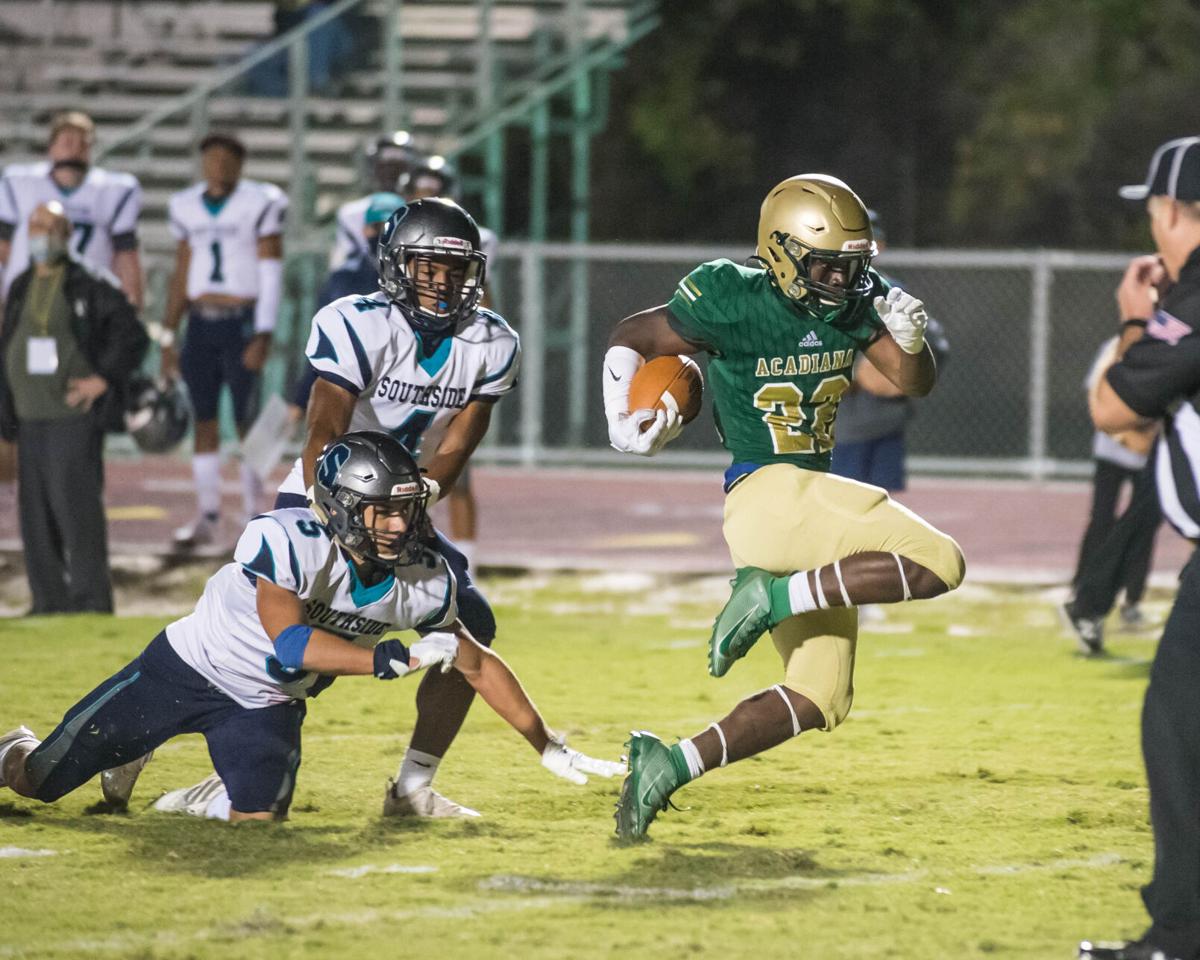 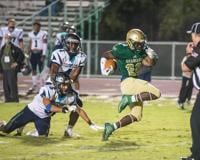 Acadiana High running back Omiri Wiggins rushes in for one of his two touchdowns during the Rams' 48-7 win over Southside on Friday. 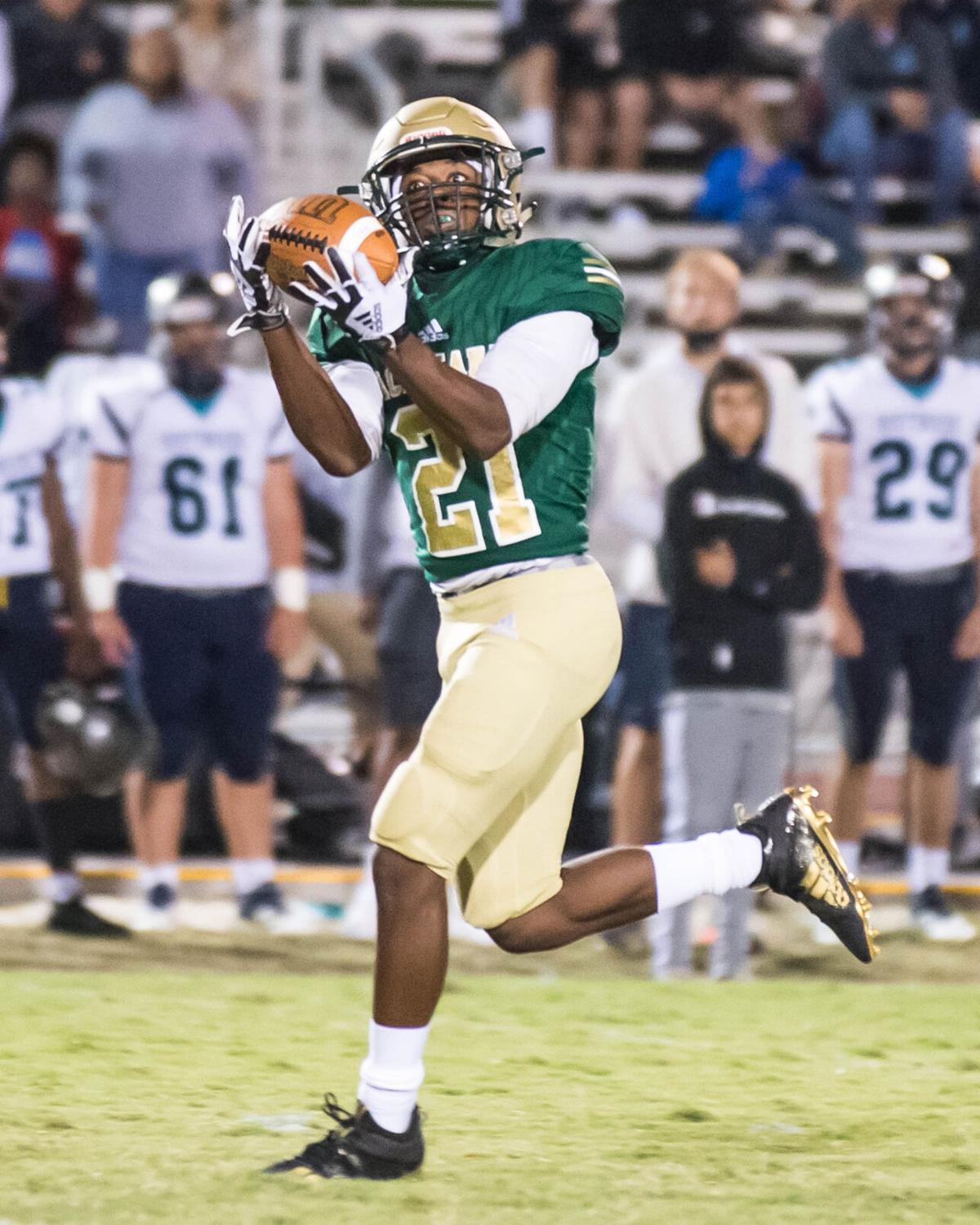 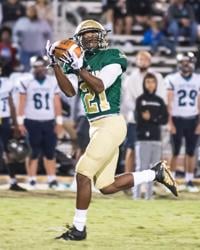 Acadiana wide receiver Braven Broussard hauls in a 67-yard touchdown pass from Jerimiah Brown during the Rams' 48-7 win over Southside on Friday. 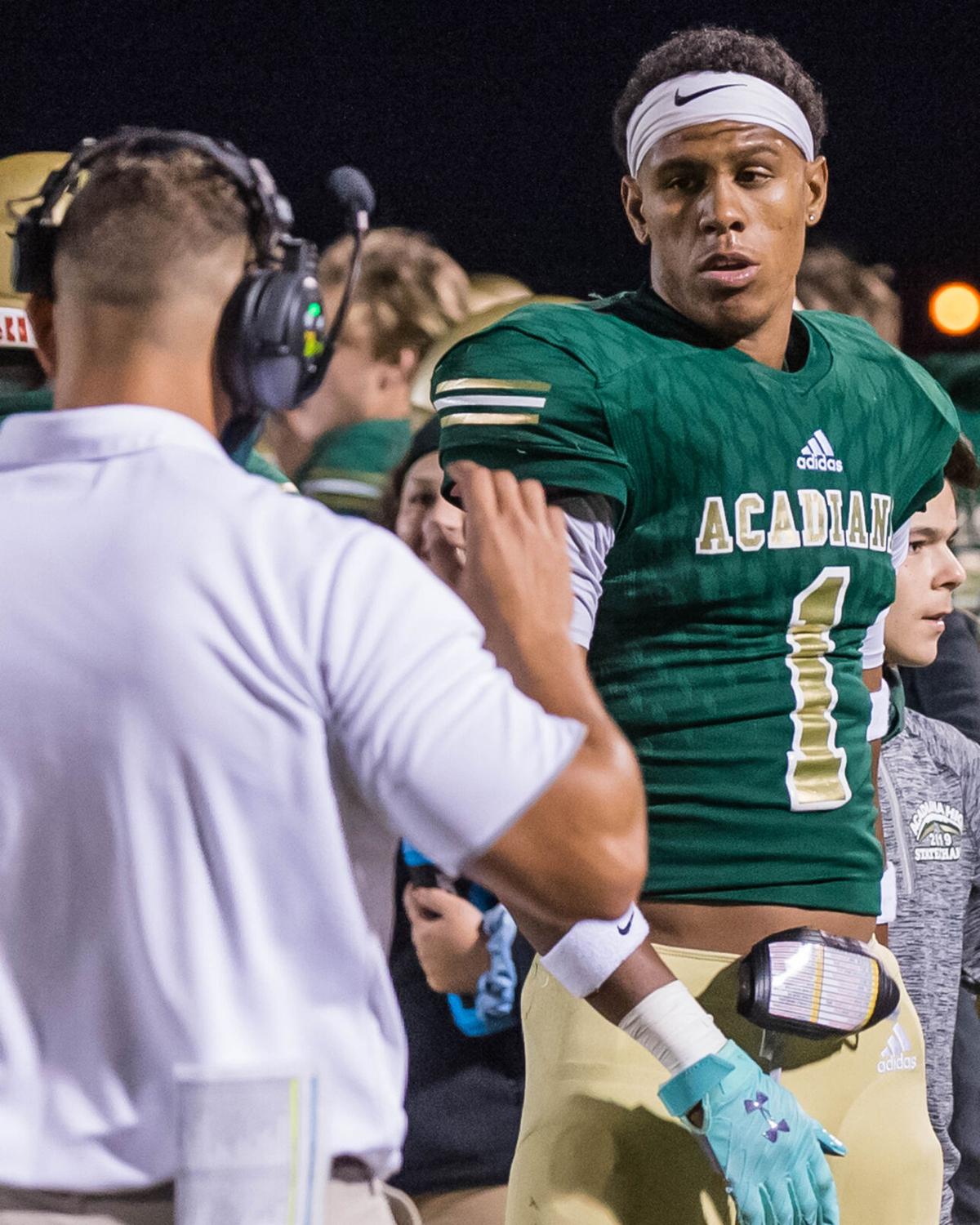 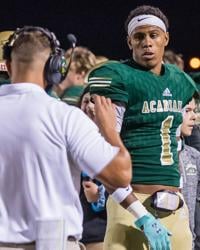 Acadiana High safety Ian Montz and the Rams' defense delivered another dominant performance in their 48-7 win over Southside on Friday.

Acadiana High running back Omiri Wiggins rushes in for one of his two touchdowns during the Rams' 48-7 win over Southside on Friday.

Acadiana wide receiver Braven Broussard hauls in a 67-yard touchdown pass from Jerimiah Brown during the Rams' 48-7 win over Southside on Friday.

Acadiana High safety Ian Montz and the Rams' defense delivered another dominant performance in their 48-7 win over Southside on Friday.

SCOTT — A lot is made of the Acadiana offensive attack — the vaunted Veer Machine.

The veer was on full display during the Wreckin’ Rams' 48-6 win over Southside, but the most impressive part of this year’s Acadiana squad might be the defense.

The Rams held a 42-0 advantage at halftime as the defense disrupted the Sharks offense and never let them build momentum. Playmakers like Ian Montz, Derreck Bercier, Cameron George and Drai Anthony did their part, turning heads as they showed what the Rams defense can do in 2020.

“We take a lot of pride in being the strength of our football team,” Montz said. “Every day, the defense is going hard, and come Friday nights, we like to show off how hard we work.”

Acadiana coach Matt McCullough said the defense has even exceptional through the first three weeks — all wins. McCullough said despite the high level they’re playing at right now, they haven't scratched the surface.

“The defense is really good right now,” McCullough said. “We have a lot of guys that are playing good football. I think their potential is even higher. They’ll keep working and getting better, but they are playing at a high level the first few weeks of the season. I know they can be better.”

Editor's note: This file will be updated throughout the weekend as scores, stats and stories are submitted.

The Rams jumped out early against Southside, holding a 21-0 lead after the first quarter. Tyvin Zeno finished with 128 yards and a touchdown, while Omiri Wiggins added 109 yards and two scores on 15 carries. Perhaps the bigger surprise was quarterback Jerimiah Brown hitting on 6 of 7 passes for 203 yards and three touchdowns.

McCullough said the Rams pride themselves on coming out and playing strong early.

“We played really well in the first half,” McCullough said. “We jumped on them and got up big. I think our guys just want to go out and play hard every game. That is always our goal. We felt like we wanted to play this first game at home and have a really good start and a really strong first half.”

Montz said the week of preparation was intense and the team was ready to get to kickoff. Montz said the Rams don’t talk about last year’s undefeated state championship a lot, but he said it feels like this season, they picked up where they left off.

With this being Southside High School's second year of varsity football, the Sharks’ history with Acadiana is brief, yet deep.

“All week we have been getting ready for this game with a lot of intensity and it showed early,” Montz said. “We got out there and played hard and played fast and we had a real good game tonight. We feel like we are picking up where we left off (last year). We know we have to forget about last year, but we have a lot of guys from last year’s team back. We just have to continue to play hard and win games.”

McCullough said the Rams know when they’re at their best, they can compete with anyone in the state. He said the competition they’ve played so far — and the top five opponent they'll face next week in Ruston — is preparing them for another deep run into the postseason.

“We know we have an opportunity to play with anybody,” McCullough said. “The first three games of the year really helped our offense. We played some really tough defenses. What we need now is to keep getting better and I think we have a chance to be really good. Our goal is always to get to Week 11 and give ourselves a chance to make a run.”

Friday night was not the most fun these two offenses are going to have all season long.