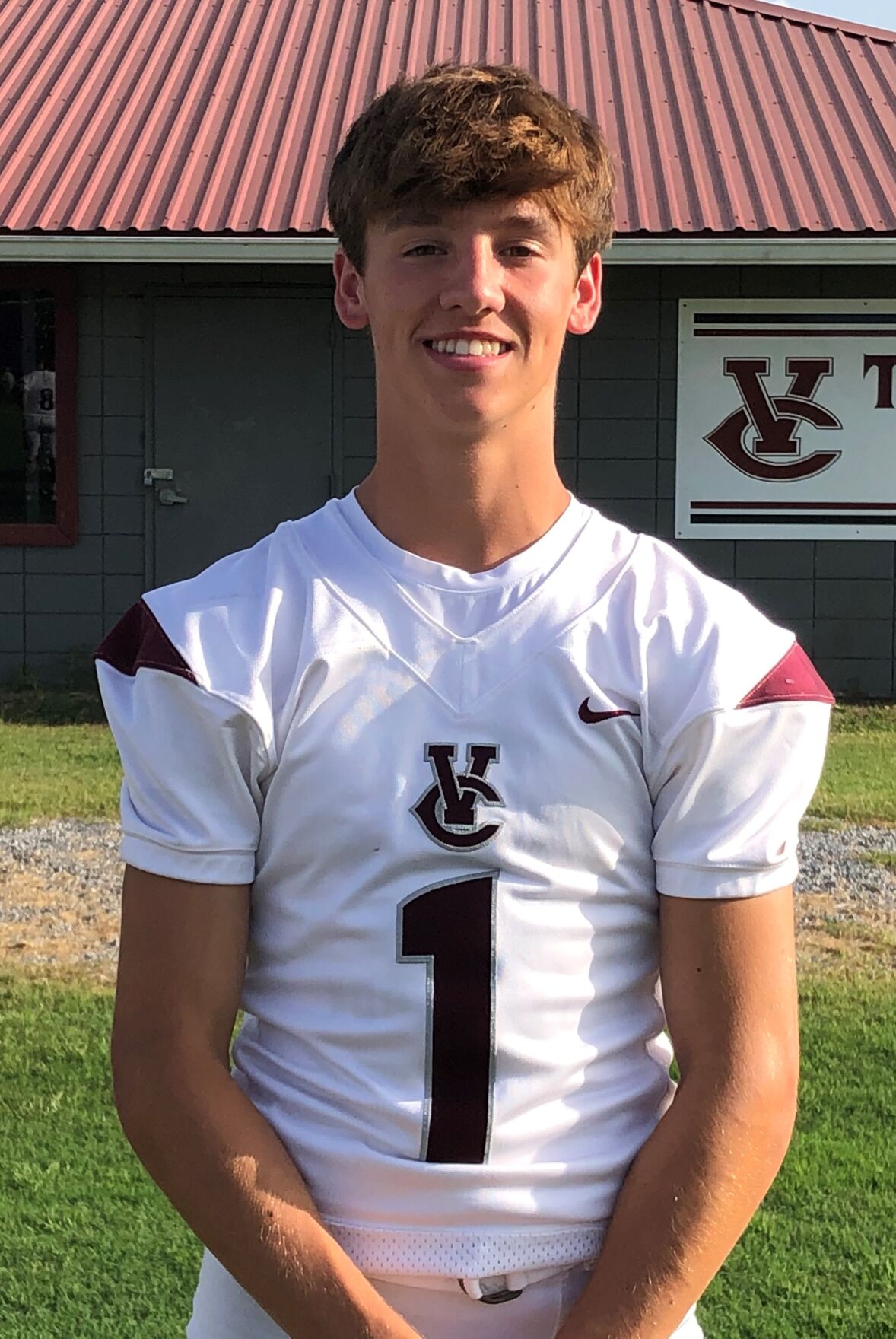 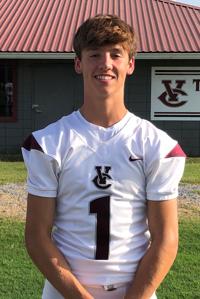 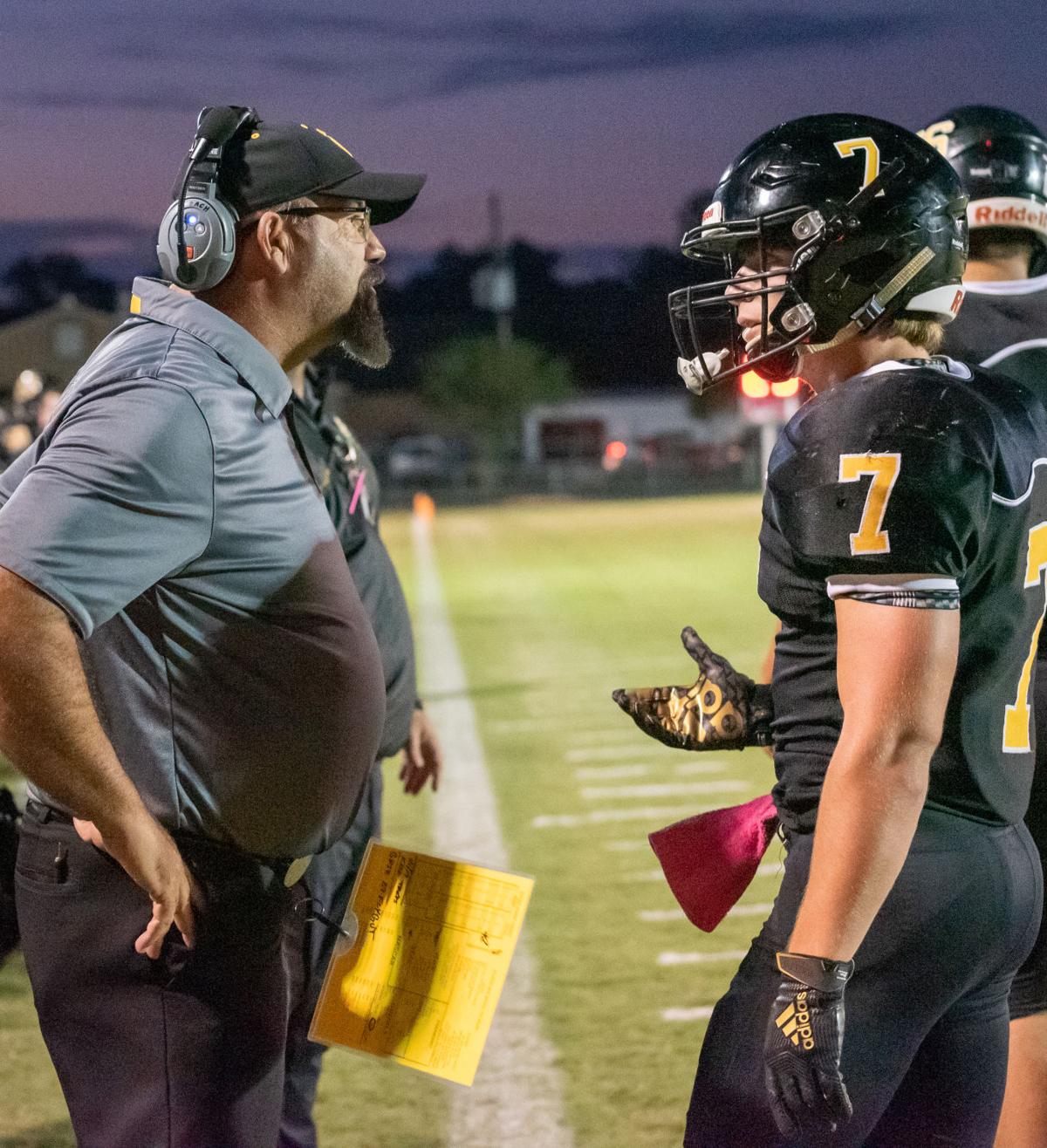 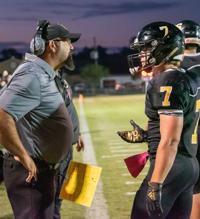 Church Point head coach John Craig Arceneaux and running back Gavin Richard (7) are off to a 2-0 start to the 2020 season, despite many changes to the Bears' offense since last season.

Church Point head coach John Craig Arceneaux and running back Gavin Richard (7) are off to a 2-0 start to the 2020 season, despite many changes to the Bears' offense since last season.

The Eagles offense looks stronger than ever with senior quarterback Drew Lege and a deep receiving corps led by senior Saul Dartez. The Eagles are known for having receivers that can take the top off a defense, and Dartez excelled in that role as Lege's deep threat last season and has continued to improve in that role.

"He (Dartez) has been special for us," said Prejean, whose Eagles are 2-0 heading into Friday's home game against Hanson. "He's a two-way starter and has a knack for making big plays. He steps up whenever we need a big play. He's had back-to-back games with 50-yard touchdowns. He has a great work ethic and has a good rapport with Drew (Lege)."

Dartez, a three-year starter, is off to a great star with 10 catches for 243 yards receiving and three touchdowns.

"He (Dartez) is a quiet kid, but he's explosive with the ball in his hands," Prejean said. "We have a lot of seniors at wideout that know Drew will get them the ball when they're open. He doesn't play favorites. Saul and those guys are very similar in knowing that opportunities will come if they keep working."

Dartez can go both ways and starts at free safety, and Prejean has been impressed with how reliable he's been while playing almost every snap.

"He (Dartez) has been getting a lot of playing time on Friday nights," Prejean said. "He's such a tough kid and has been a huge asset for us. He's played 95 percent of the snaps, and if he's been getting tired, he hasn't shown it. He's a leader on both sides of the ball with experience and is invaluable to the team."

While it hasn't always been pretty on offense for the Church Point Bears, they have stuck to their roots of running the ball.

The Bears' rushing attack begins with senior running back Gavin Richard, who hass shouldered a big workload through two games and came up big when it counted last week against St. Louis. Richard appeared to get stronger as the game went on, as he had over half his yards in the fourth quarter and ran a kickoff back for a touchdown to swing the momentum to the Bears.

"Gavin (Richard) is our guy," said  Bears coach John Craig Arceneaux, whose Bears are 2-0 heading to Iota on Friday. "We knew that going into this season. He's a four-year starter at running back who understands his role in the running game and can catch the football. He also understands his role in the return game and came up with a big kickoff return for us last week."

While Richard isn't a vocal leader, he's the kind of player who leads by example.

"He (Richard) is not a real vocal kid, but he leads by example," Arceneaux said. "He's one of the hardest workers day in and day out and always works hard in the weight room. The other kids have followed his lead, and that's a good thing for our team. There's no doubt we've improved since Week 1, and hopefully we can continue to progress as the season moves forward."

The Loreauville Tigers were in need of some playmakers to step up this season, and twins Collin and Calep Jacob have done that.

The Jacob twins have gone above and beyond as juniors. They have been two-way starters and have played an integral role in the Tigers' 3-0 start.

"They (the Jacob twins) have been playing really well," said LHS coach Terry Martin, whose Tigers host parish rival Catholic-New Iberia on Friday. "They've really grown from when they got here. They've always been good athletes, but they've just been playing better football and doing a good job. They spend a lot of time working together, and we've had several colleges ask about them."

Calep has stepped into a critical role as the Tigers' starting quarterback and free safety, while Collin plays a key role as a starter at wide receiver and cornerback.

"He (Calep Jacob) has done a great job for us," Martin said. "He used to just try to make plays, but he's done a good job of knowing where to go with the ball. He's improved in the system and keeps his eyes downfield to find open guys. He's also gotten more physical on defense and has improved at tackling."

"Collin started at corner and a little bit at receiver last season. He now starts on both sides of the ball and is our primary outside receiver. He's done really well on defense and has gotten more physical. They've done a really good job with play action and have had a lot of big plays on early downs."