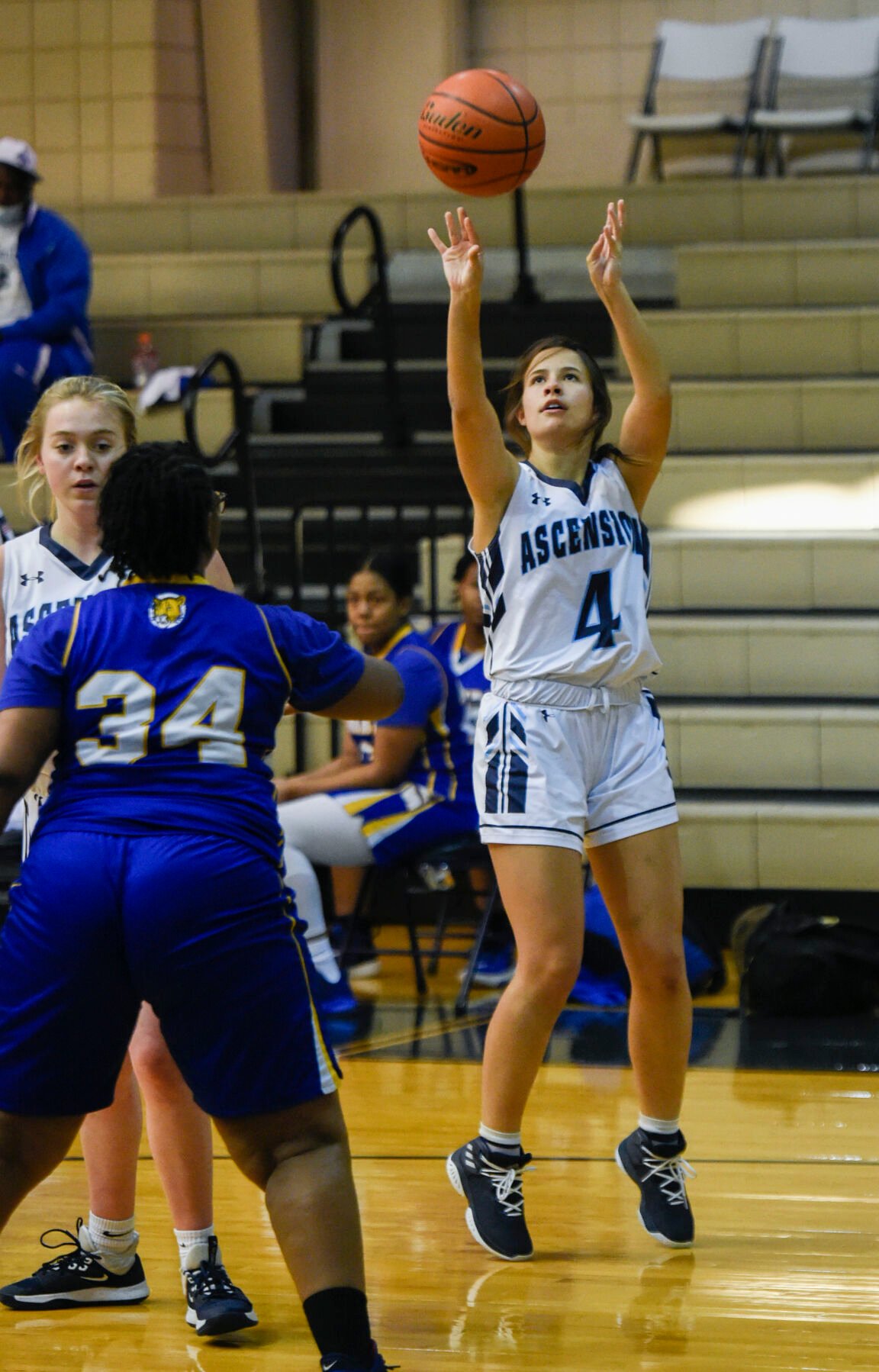 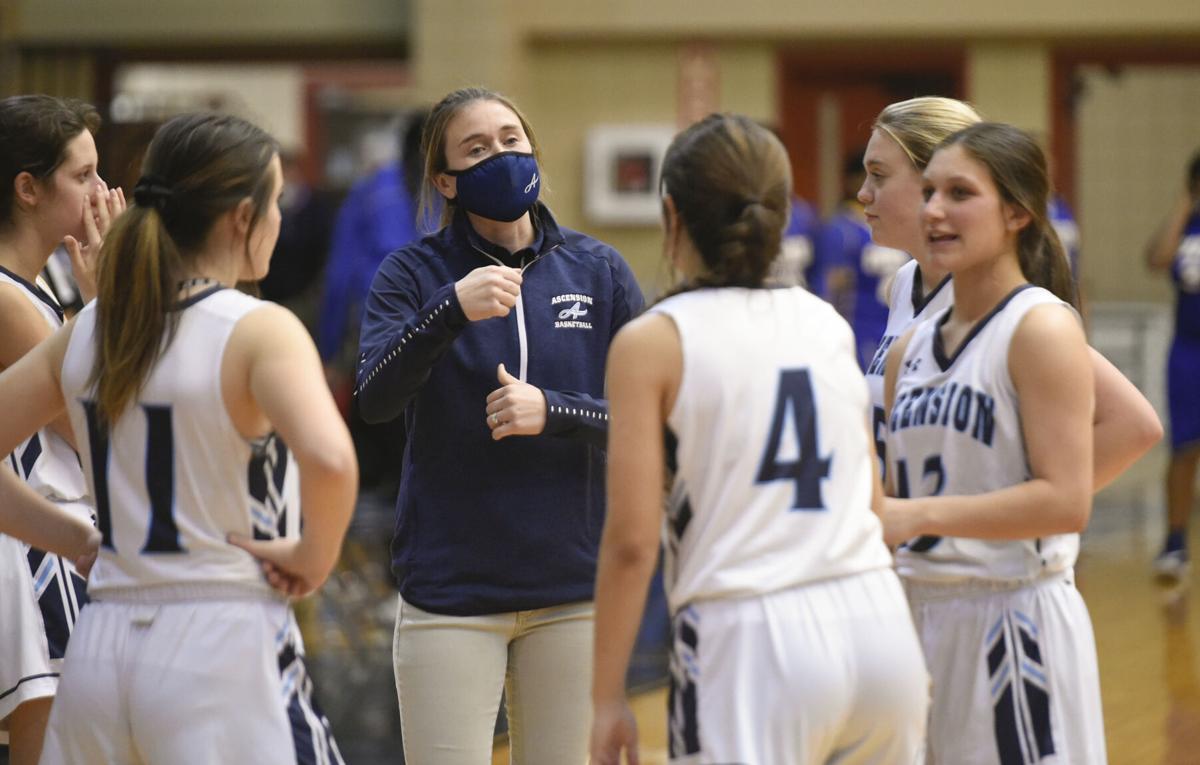 Ascension Episcopal head coach Alyssa Credeur, right, talks to the team during a time-out of its playoff win over St. Mary's.

Ascension Episcopal head coach Alyssa Credeur, right, talks to the team during a time-out of its playoff win over St. Mary's.

The 5-foot-9 shooting guard and UNO signee is a prolific scorer, but the Blue Gators kept Thompson in check long enough to secure a 41-29 win, which sends AES into the quarterfinals for the first time.

In the first quarter, AES built a 9-0 lead behind buckets from A.K. Charbonnet, Annie Mouton, Payton Musso and Camille Blanchard.

Thompson, meanwhile, was 0-of-7 from the floor until she put the No. 10-seeded Cougars (3-12) on the board with a short shot early in the second period.

"It was extremely important to have a good start," Credeur said. "We went into this game knowing we needed to stop No. 10 (Thompson), and that's exactly what we did.

"Annie Mouton had a quick 3-pointer. I really think that helped our momentum. The girls followed her lead by coming out with a 9-0 start. That really helped us a lot."

The No. 7-seeded Gators (13-4) held a 20-3 advantage at halftime before Thompson got hot with a 14 points in the third quarter.

"We used our spy defense," Credeur said. "We had Annie and Camille on her and one of their other guards. Anytime Thompson would get it, A.K., our spy, would go trap her. Other than that, A.K. would stay back in the zone."

Thompson finished with 26 of her team's 29 points.

"I'm so, so pleased with our defensive effort," Credeur said. "They did better than I ever could have imagined. They came out and got their job done. I'm very, very pleased."

Charbonnet paced the Gators with 12 points, including six in the third quarter.

"AK is our point guard," Credeur said. "She's our ball handler who got quite a few layups. Before the game, I told her we needed her to handle the ball. She did a great job at it."

Blanchard also scored 10 points for AES, which held off a second-half rally by the visitors. Early in the fourth, the Cougars climbed within 34-25.

When St. Mary's trimmed the deficit to nine, S.K. West came off the bench with an impressive three-point play to extend the lead to 36-25 with 4:40 to go.

"Camille made two 3-pointers," Credeur said. "That's when Thompson started turning it on, so it was timely. She did a great job with that.

"If I need someone to get it done, I will put S.K. West in. She's tough and will do anything I ask her to do. I have a large bench with great team camaraderie. Everybody on my team does a great job fulfilling their roles."

Musso scored all eight of her points in the lane in the first half.

"She was mixing it up in the lane in the first half," Credeur said. "She got some put-backs from offensive rebounds. She was getting hammered down there, but she was tough. She kept putting them back up."

"This is my sixth year here, and it's the first time we've been to the quarterfinals," Credeur said. "We're very excited. We're pumped."