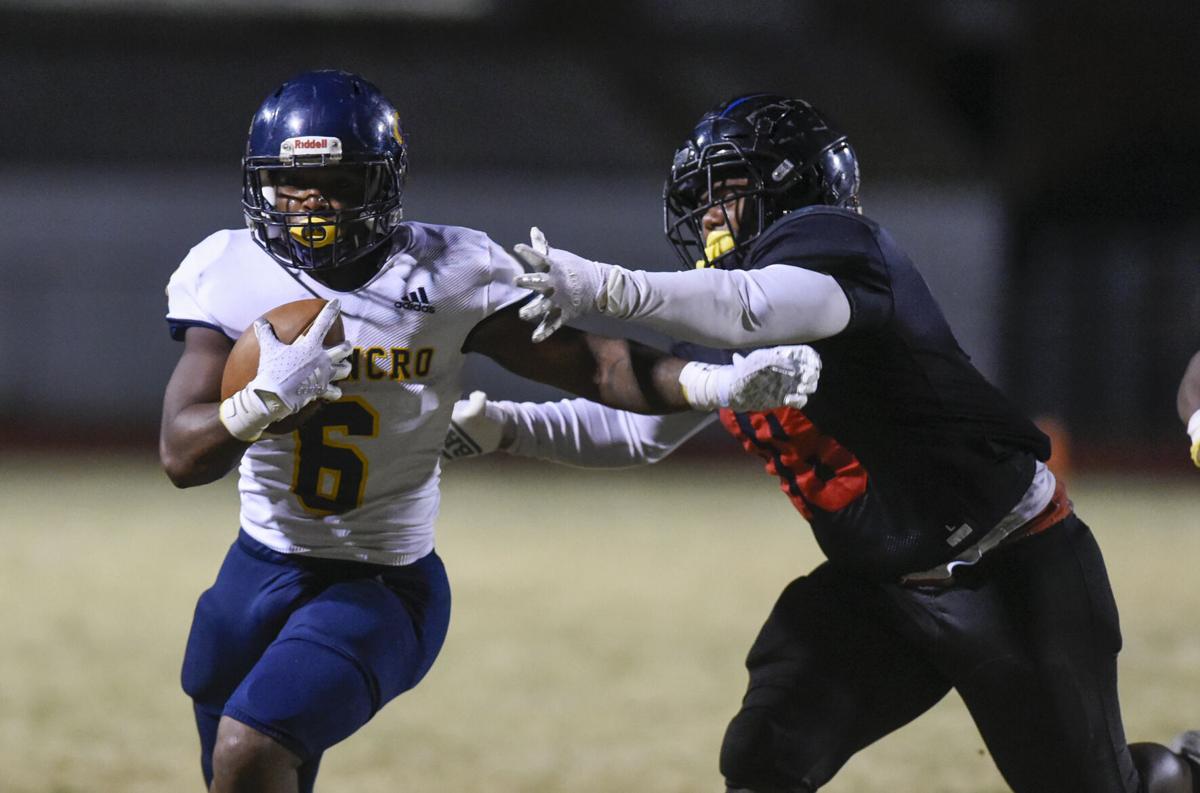 Carencro High running back Dontae Darjean (6) gets away from Northside High defender Brian Winters (18) during the Bears' 55-6 road win Friday. 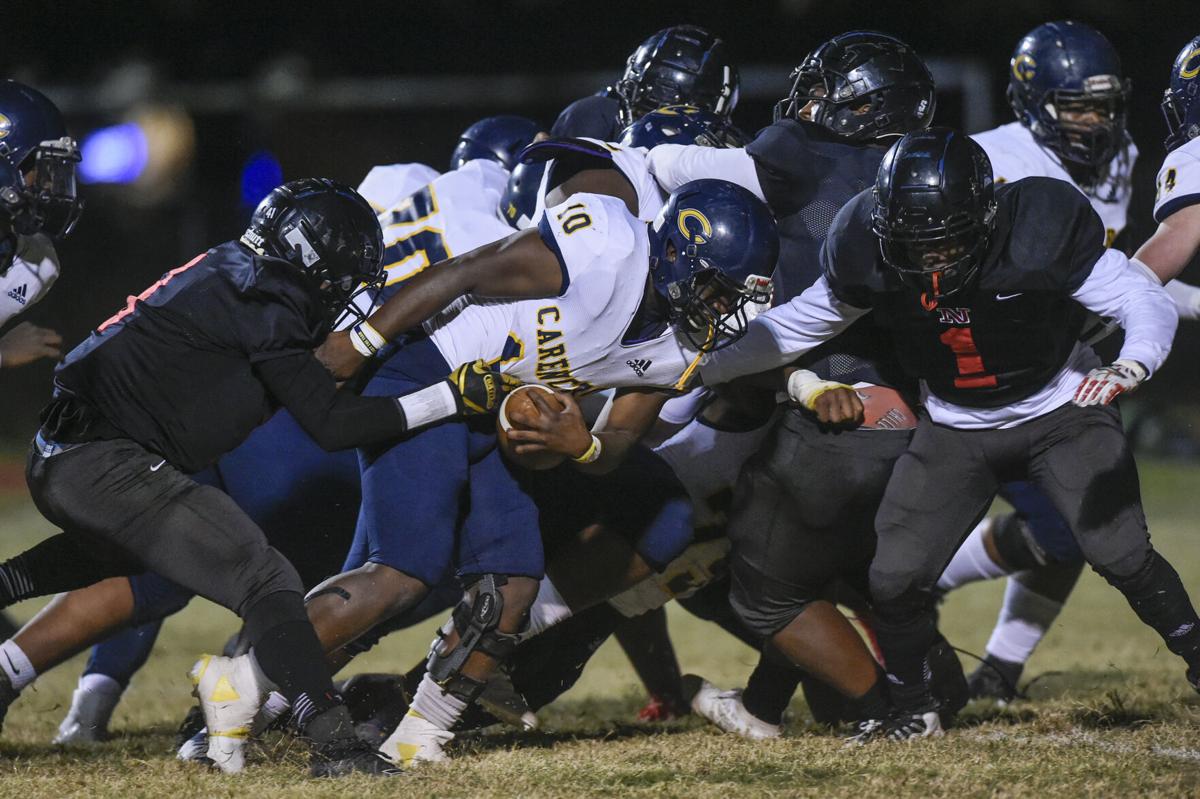 Carencro High running back Dontae Darjean (6) gets away from Northside High defender Brian Winters (18) during the Bears' 55-6 road win Friday.

The Carencro Bears remained perfect on this season after a dominant road win Friday night.

Carencro scored 42 first-half points, including touchdowns on offense, defense, and special teams, cruising to a convincing 55-6 win over the Northside Vikings in a District 5-4A contest.

"We place a premium on special teams, and on defense, where we haven't scored this year, so that has been one of our goals," Carencro coach Tony Courville said. "And on offense, we had a good night and continue to get better."

Carencro scored first after capitalizing on a Northside turnover. Traylon Prejean scored on a short 2-yard run, capping off a five-play, 18-yard drive, which gave the Bears a quick 7-0 lead.

They extended their lead when Kaleb Soileau intercepted an errant pass and returned it 33 yards for a touchdown, to make it 13-0.

"We just made too mistakes and really hurt ourselves," Northside coach Johnny Simmons said. "At the beginning of the game, we turned the ball over twice, we lined up wrong on some plays, and when you do those teams against a good team like Carencro; and they are a really good team, you just can't win."

Carencro just kept rolling, scoring more points off of a turnover, courtesy of a 37-yard touchdown run by Tavion Faulk early in the second quarter.

The Bears added another score on their next possession, thanks in part to a 41-yard punt return by Jaylon John, giving them a first-and-goal at the 9. One play later, Kendrell Williams scored on a 9-yard run, to give Carencro (5-0) a commanding 28-0 lead over Northside (2-2).

The Bears scored again on a Prejean 38-yard touchdown run, making the score 35-0.

The Bears added their final points of the first half when John scored on a 46-yard punt return for a touchdown to make it 42-0.

"Every week, we talk about having an opportunity to improve ourselves in all three phases of the game, and I think we did that tonight," Courville said. "We were able to set the tone in the first half, and I'm real proud of the team for doing that."

Carencro had 165 yards in the first half, all on the ground, while holding Northside to 44 yards, including only 8 yards rushing.

"We're starting to get some good kids into our program, and they are young, but I don't use that as an excuse," Simmons said. "We have to do a better job of staying focused, on every play, even in practice, because that's where it starts. We're getting better, but we have a lot of work to do."

Carencro scored on its first possession of the third quarter, when Dillon Smith got into the end zone on a 1-yard plunge, to give them a 49-0 lead at the 9:08 mark.

The Bears scored yet again at the 5:03 mark of the third quarter, their final points of the contest, when Kennon Ryan scored from 1 yard out, which made it 55-0.

Northside scored their only points of the game at the 11:51 mark of the final quarter when Devon Portalis scored on a 25-yard run, to cut the deficit to 55-6.

That turned out to be the final points of the game, as Carencro cruised to the 55-6 win.

"I'm really proud of this team and what they've accomplished so far," Courville said. "We still have work to do, but I'm pleased where we're at and the progress we've made."