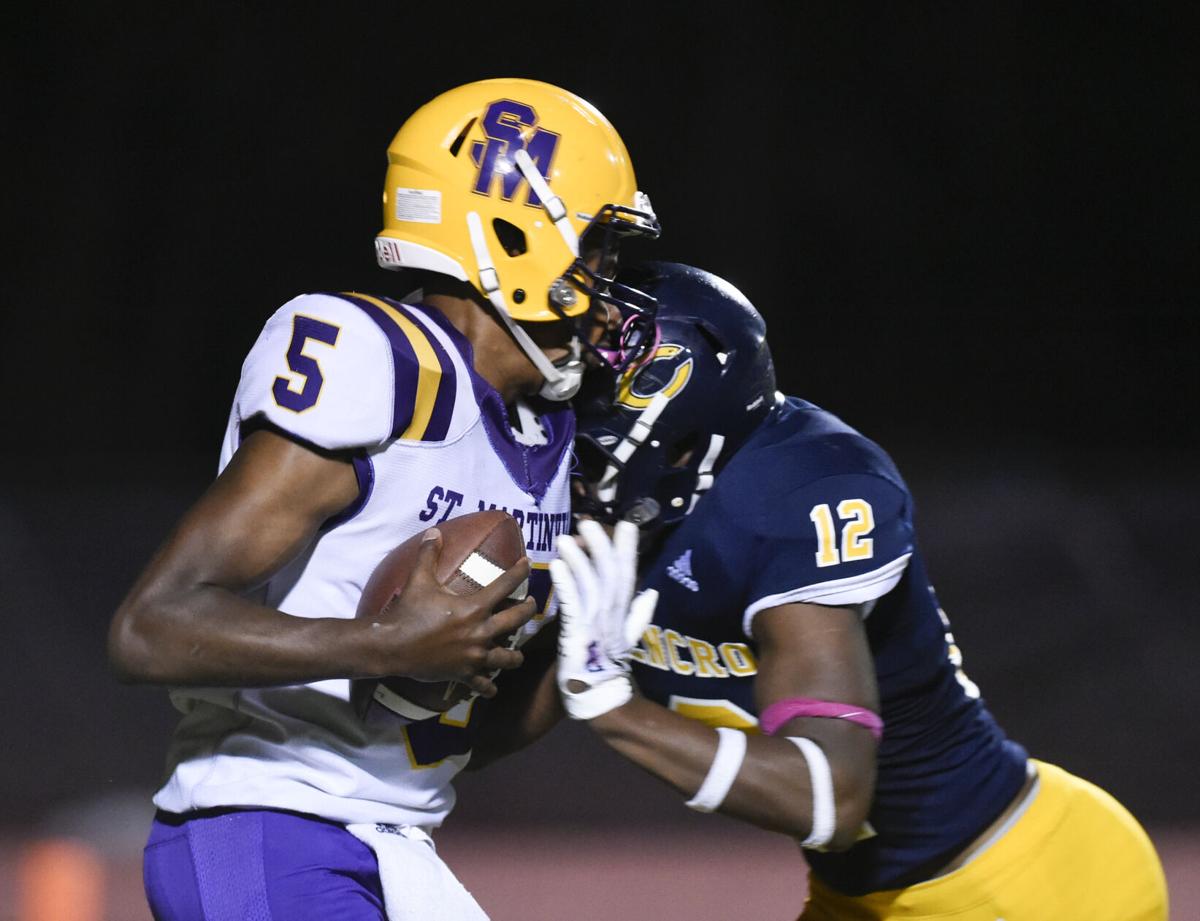 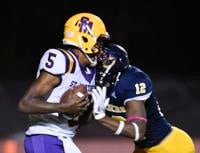 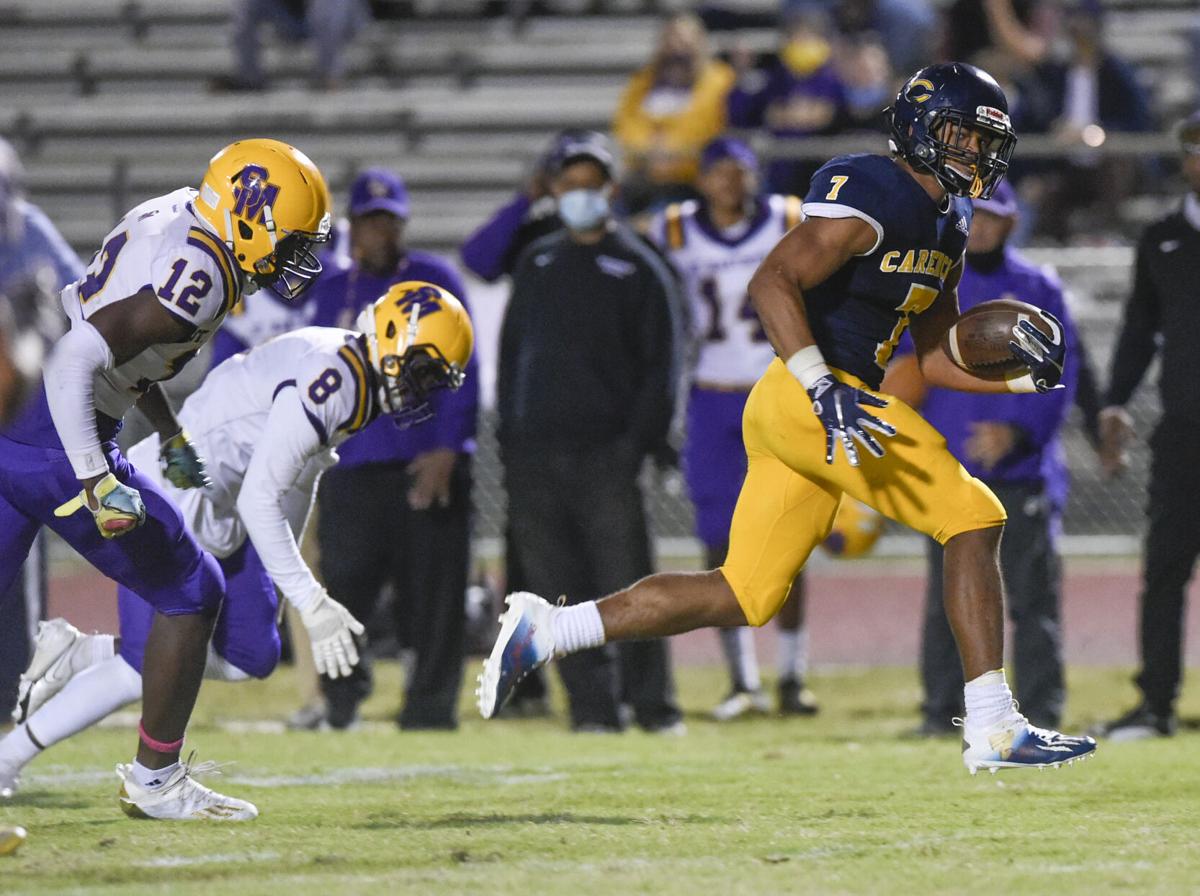 Carencro running back Kendrell Williams (7) looks back at St. Martinville defenders Xavier Kately (12) and Lakavon James (8) on his way to a touchdown during the Golden Bears' blowout win over the Tigers.

Carencro running back Kendrell Williams (7) looks back at St. Martinville defenders Xavier Kately (12) and Lakavon James (8) on his way to a touchdown during the Golden Bears' blowout win over the Tigers.

Football fans talk about offense and defense all the time.

But it was the kicking game that paid dividends for Carencro on Friday night.

The Golden Bears blocked a punt, set up a touchdown with a good return and took advantage of woes in the St. Martinville kicking game to rout the Tigers 53-0 at the CroDome.

In the meantime, the Bears (3-0) held St. Martinville without a first down in the second half of play, and limited the Tigers to just 51 yards of total offense.

“We played really good defense up at West Monroe but not so good last week against Southside,” head coach Tony Courville said. “But we got back on track tonight.”

The Bears fumbled at the St. Martinville 18 in their first possession, but the Tigers were forced to punt after picking up one first down. The snap was well over the punter’s head and St. Martinville took over at the 2-yard line, where Kendrell Williams did the honors for a 7-0 lead.

The Bears got good field position after a 17-yard punt and embarked on their longest drive of the game, 51 yards in ten plays, with quarterback Chantz Ceasar scoring from a yard out to increase the lead to 13-0 early in the second quarter. An interception on the next possession put the Bears in business at the Tigers’ 34 and a Jaylon John pass reception of 33 yards set up a John 2-yard run for a 20-0 advantage.

The Bears’ special teams then returned a punt 36 yards to the St. Martinville 36 and Carencro had good field position once again and one play later, Williams hauled in a touchdown pass to make the score 26-0 at intermission.

Things only got worse for the Tigers in the second half. On the first possession, Carencro blocked a punt and Davion Francis recovered in the end zone to make the score 33-0.

“We saw some things on film and we felt we could take advantage in the kicking game. Our special teams did a really good job all night,” Courville said.

Later in the third, a 21-yard punt gave the Bears great field position at the Tigers’ 23 and Williams scored his third touchdown of the night, this time from 12 yards out to make it 40-0.

And another bad snap on a punt gifted the Bears at the 15, from where Tavian Faulk hauled in a nine-yard pass from Ceasar for another score, making it 46-0 and the Bears capped a 36-yard drive after a punt with Donte Darjean scoring the final touchdown of the night.

Carencro scored 53 points, despite having just 219 yards of total offense.

The Bears will face a tougher test next Friday when they host Teurlings Catholic in their league opener.

“I told the guys to enjoy this one, but then put it behind us. We’ve got a really good football team coming in here next week,” Courville said.